_T_hroughout 2019 and 2020, Never Grow Up! presents an abundance of Dutch film, literature and performing arts for young audiences in the United States. A wide range of work from the Netherlands will be presented and shared at festivals, conferences and other platforms, all representing a respect for young people and dedication to youth culture as an autonomous art form.

Never Grow Up! is a joint effort of Dutch Performing Arts, the Consulate General of the Kingdom of the Netherlands in New York, Eye International, Netherlands Film Fund, Cinekid, Dutch Foundation for Literature, and DutchCulture. The program aims to stimulate the dissemination and visibility of Dutch youth arts as well as cultural exchange and partnerships with renowned US-based presenters and organizations.

Throughout 2019 and 2020, Dutch film, literature, (music) theater and dance that caters to young audiences and families is presented at events and venues such as IPAY Showcase, Brooklyn Academy of Music, Kennedy Center, New York International Children’s Film Festival and Brooklyn Book Festival. Presenters and agencies are invited to attend screenings, readings and performances, meet directors, writers and performers, and engage with representatives of Dutch expert organizations to discuss opportunities for collaboration and exchange. 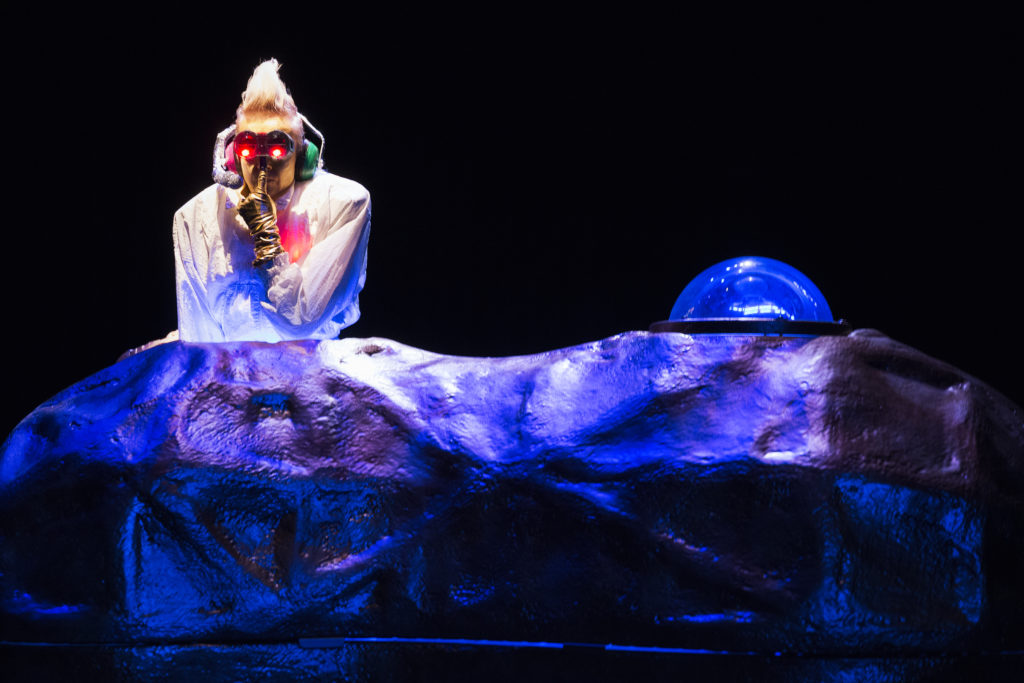 Research conducted by the World Health Organization and Unicef shows that Dutch children are among the happiest in the world. What sets Dutch kids apart, is that they have a supportive environment at home, with friends and also at school. Dutch parents give a lot of support and have mild control. There is an egalitarian climate at school, teachers are not authoritarian but accept the feelings of pupils, and pupils trust teachers. This respect for young people and their views on the world is also reflected in the themes, genres and wealth of ideas found in Dutch arts for young audiences.

Dutch youth arts are known for their artistry and high production value while often tackling challenging subjects, ranging from the commercial to the chaotic, the playful to provocative and poetic, the silly to the serious, and everything in between. In the Netherlands, filmmakers, writers and performers take children and their personal experiences seriously. Unafraid to take artistic risks, publicly-funded makers in particular like to go off the beaten path of typical children’s stories and address topical issues head-on. At the same time, Dutch youth arts are characterized by their sense of humor, playfulness and light take on things, and are equally enjoyed by grown-ups.

Read an interview with her here.

During the BAM Kids Film Festival, BAM will feature some of the best Dutch shorts produced in the Netherlands in the last decade. The program will show a diverse selection of 11 Dutch animation and live-action shorts. For more information on the shorts and tickets visit this page.

List of shorts at the BAM Kids Film Festival:

We are happy to continue our partnership with the New York International Children’s Film Festival (NYICFF)! This year’s NYICFF presents a slate of new animated, live action, and documentary features. One of these films will be The Club of Ugly Children by Jonathan Elbers, a Dutch film which will have its international premiere at the festival. There will also be multiple Dutch shorts – keep an eye on this blog for updates. The schedule for The Club of Ugly Children:

Get your tickets here! Don’t forget to use the code “DUTCHUSA20”, provided by NYICFF,  at check out to receive a discount on your tickets!

Three performers storm the stage whirling, twirling, hiccupping, tumbling, and singing. Dutch dance company De Dansers presents this mesmerizing performance full of movement, rhythm, fantasy, and friendship for children and grown-ups who can’t keep still. As the performers give themselves permission to run, climb, and get dirty, anything—from a ladder to a guitar to plants—becomes something to joyfully play on. 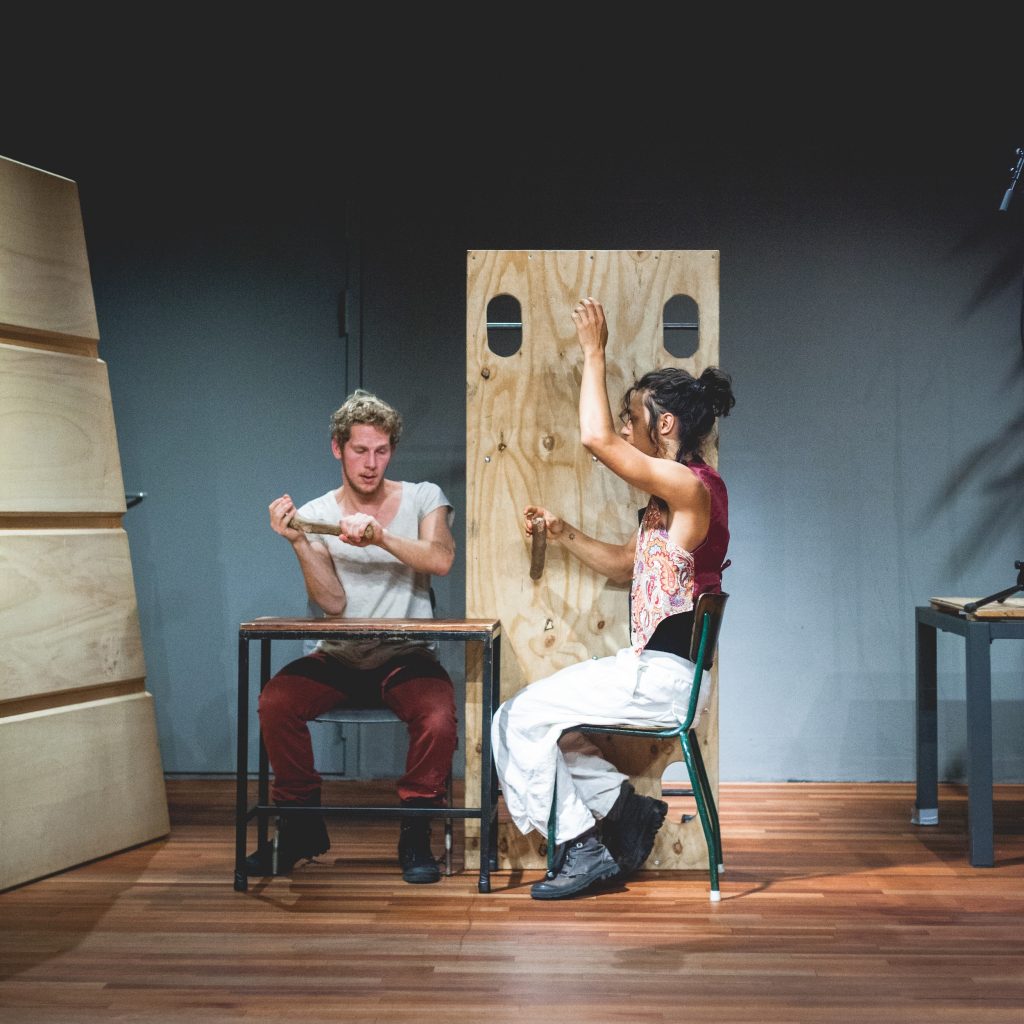 Bon bon mornay! What happens when birds of different feathers flock together? And if they don’t sing the same language, will they understand each other? In this sweet story about four birds and one nest, Theatergroep Kwatta uses a mix of languages to share a universal message about belonging. Allonzy tutti to JABBERBABBLE, where every day is wonderfeej!

Theatergroep Kwatta
From Nijmegen, The Netherlands 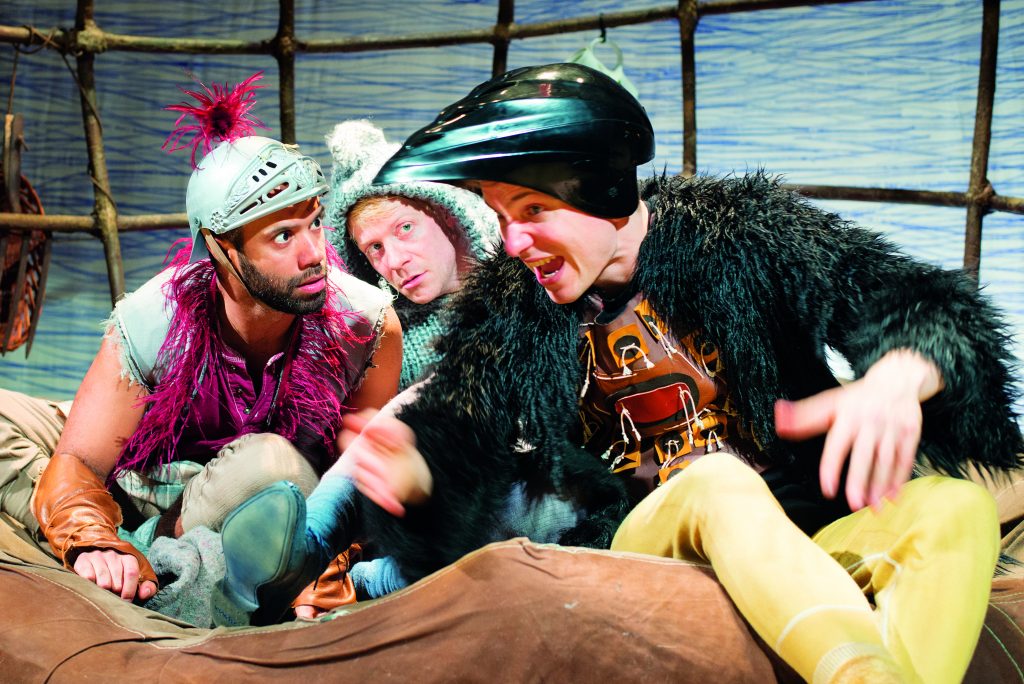 Maas Theater & Dance presents Egg-tion Hero at the Kennedy Center in Washington, DC. EGG-tion HERO is theater for toddlers about art. With minimal tools and a lot of garden-variety magic two actors make themselves, each other and the egg vanish into thin air.

Imagine: an action movie, but for real. Starring one of the most booorrring action heroes ever. An egg that no one is allowed to touch. No one! Just a boring egg guarded by two ultra-boring attendants (attendants are boring guards who watch over art objects, and art is…uh…we’ll talk about that another time). And just when it gets so boring that it’s hard to stay awake, we suddenly find ourselves in a chase scene.


Two boring mimes watch over EGG-tion HERO. With minimal tools and a lot of garden-variety magic they make themselves, each other and the egg vanish into thin air. Definitely dangerous, so don’t try this at home.

NYICFF is crossing the Atlantic to pair up with far-flung Friends & Neighbors this year. Cinekid, the Netherlands’ premiere film festival for children and EYE International come ashore to share their best short films. Featuring a range of different cultures and themes—from Old Amsterdam to New York—and fresh stories that keep history alive. This Friends & Neighbors program is now going on tour through the USA with the Dutch short films. Several theatres in different cities have compiled a programme with the Dutch shorts.

TBD  The Arts Campus at Willits, The Temporary, Basalt, Colorado 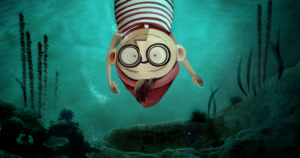 October 1, 2019 – It Started with a Big Bang: The Origin of Earth, You and Everything Else by Floor Bal, illustrated by Sebastiaan van Doninck, Kids Can Press (Hachette Book Group), ISBN 9781525302558 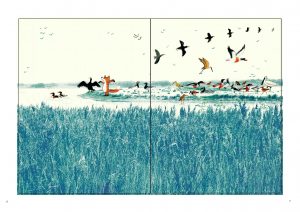 Arthur A. Levine, the publisher and editor responsible for introducing Harry Potter to the U.S., has launched a new independent children’s book company, Levine Querido, in partnership with the renowned Dutch publisher, Querido. The new company launches in Fall 2020 and will introduce outstanding authors and artists from around the world to U.S. readers, aiming to keep the legacy of Emanuel Querido alive and flourishing.

Mark January 23 for two delightful productions from the Netherlands at the IPAY Showcase 2020! IPAY is an annual event which mission statement is “[t]o create professional and educational opportunities for key stakeholders in North America (artists, agents, and presenters) to engage around support of meaningful performing arts experiences for young audiences.” The event is a platform for theater companies from all over the world that cater to youth audiences in the US. The 2020 edition will take place at the Caplan Center for the Performing Arts located on 211 S Broad St, Philadelphia, PA 19107 at booth #2012, Rye’s Row. Reserve your seat here!

Wonderland Collective – BB
BB is an interactive dance and music experience for babies and toddlers. The dancers and musicians improvise and respond to the movements and sounds the young audience produces in a magical, touching dialogue. Watch the trailer here. 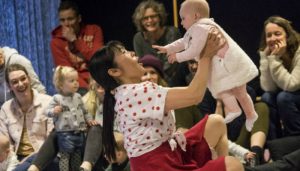 Het Ministeire van Onverrichter Zake – The Last Cookie
A brand-new production premiering in February, ‘The Last Cookie’ is a physical performance about the peculiar ways in which adults sometimes live their lives. About their love for things and their agreement not to talk about cookies! 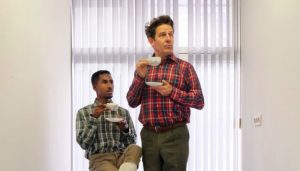 Kidscreen Summit Miami
During Kidscreen Summit in Miami, Cinekid is the host of a networking moment together with NTR and Ketnet. Cinekid’s general director Floor van Spaendonck will be present to talk with American and international producers, buyers, programmers and agencies about possible partnerships and collaborations. Contact Cinekid here to set up a meeting! 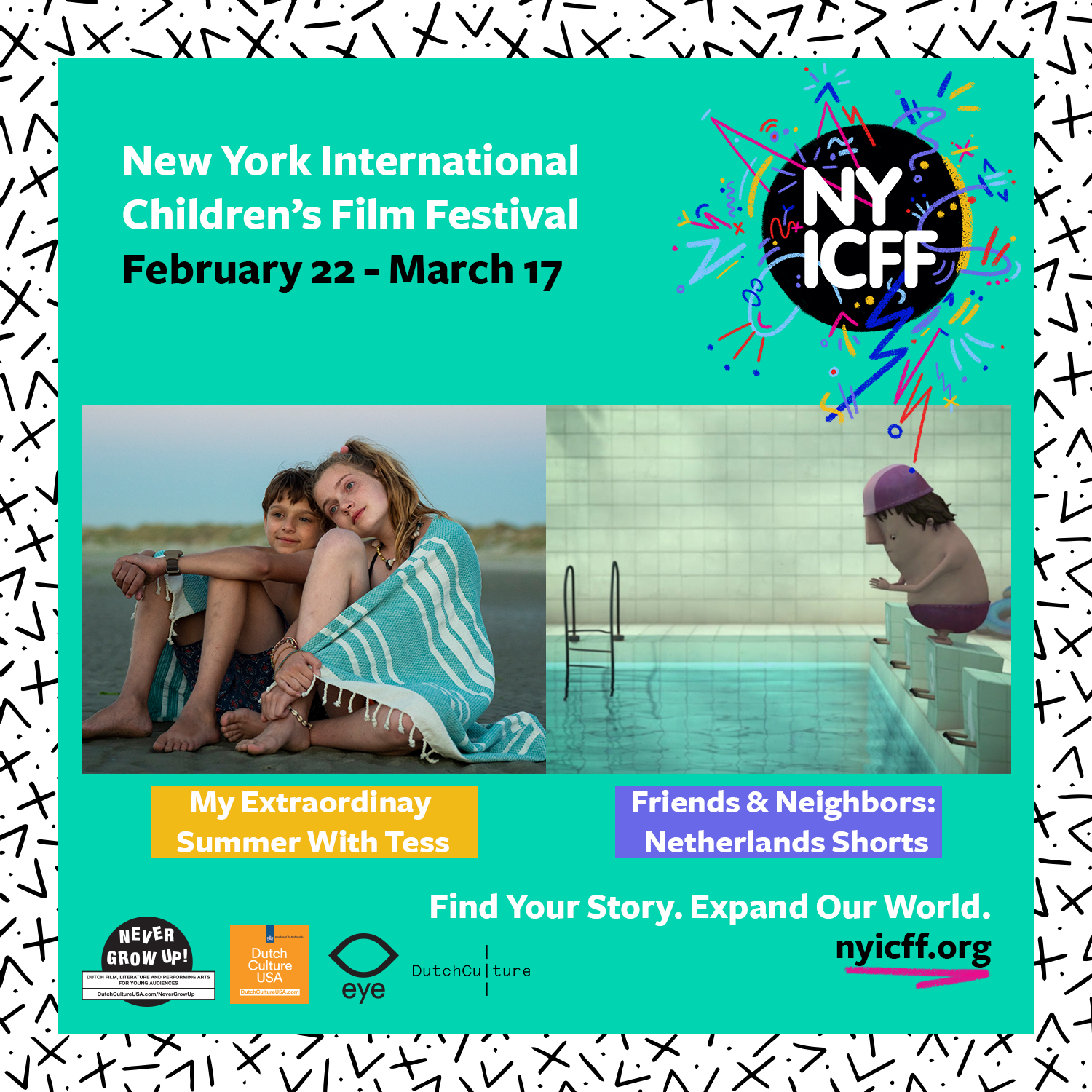 Bam Kids screening of Miffy the Movie (Dutch: Nijntje)
Miffy the Movie is a 2013 Dutch stop motion animated family film (directed by Hans Perk), based on the Miffy character created by Dick Bruna.  Join Miffy—the little rabbit with a big personality—for a fun-filled day at the zoo as she and her friends solve a series of riddles; learn about sound, shape, color, and movement; and discover the value of teamwork. Based on the beloved series of Dutch children’s books, this colorful stop motion delight not only captivates young viewers, it invites them to participate in the action.

Miffy will be present before and after the screening.

Check out Miffy books on Amazon.

Panorama Europe Film Festival at the Museum of the Moving Image (New York)
Participants to be announced.

Dutch music theatre company Oorkaan will perform their award-winning toddler production Glimpse, in a series of 12 concerts for families and schools at BAM, the Brooklyn Academy of Music. 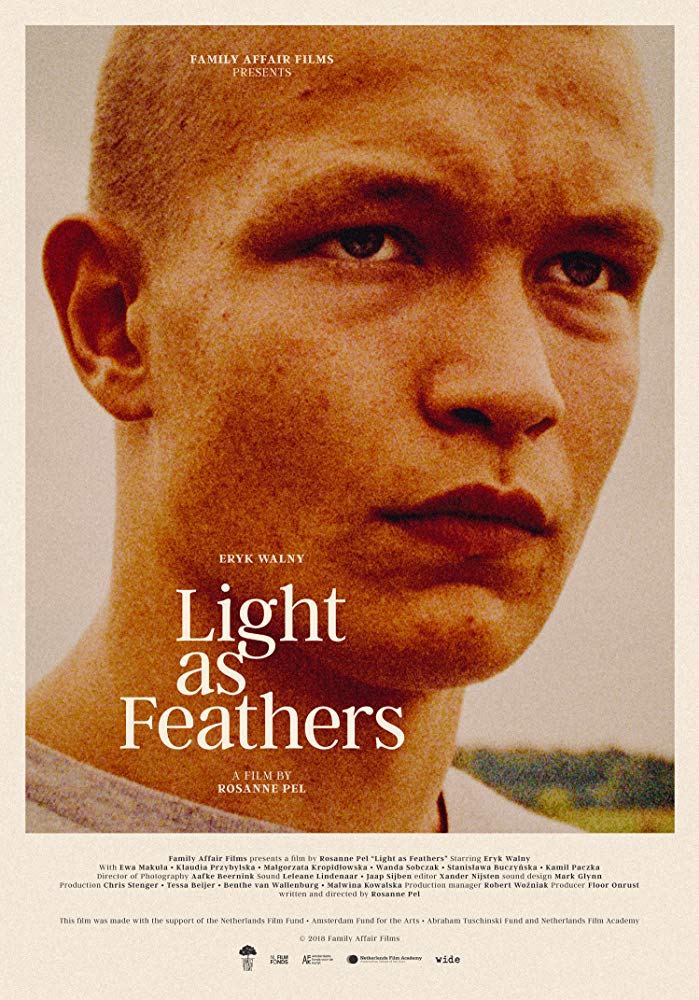 Everyone knows Miffy, and countless children have read the Diary of Anne Frank. The Netherlands has a rich history of children’s book authors and illustrators. During the Brooklyn Book Festival, Dutch author and artist Mylo Freeman participated in Children’s Day. She readd from her Princess Arabella series and demonstrated painting in color.

Find a recap of the event here! 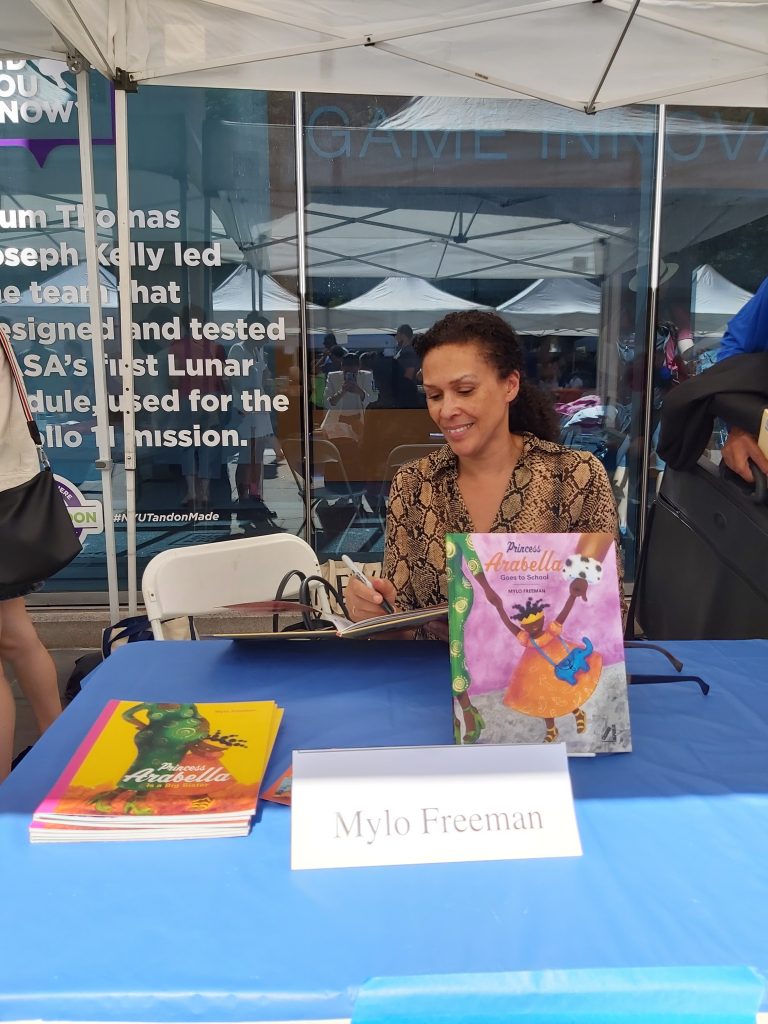 With trusty scissors in hand, Mr. Paper makes choice cuts to craft his ideal world. Blooming with artful animation and wistful storytelling, Emily was spotlighted as the Netherlands’ entry for Oscar consideration. Then three very different kids, all friends, find out what it truly means to walk a day in each other’s shoes,…and legs, and torsos in the hilarious International Emmy-award winner, Heads Together.

All the short movies movies that will be screened are:

The movies that they have screened were: 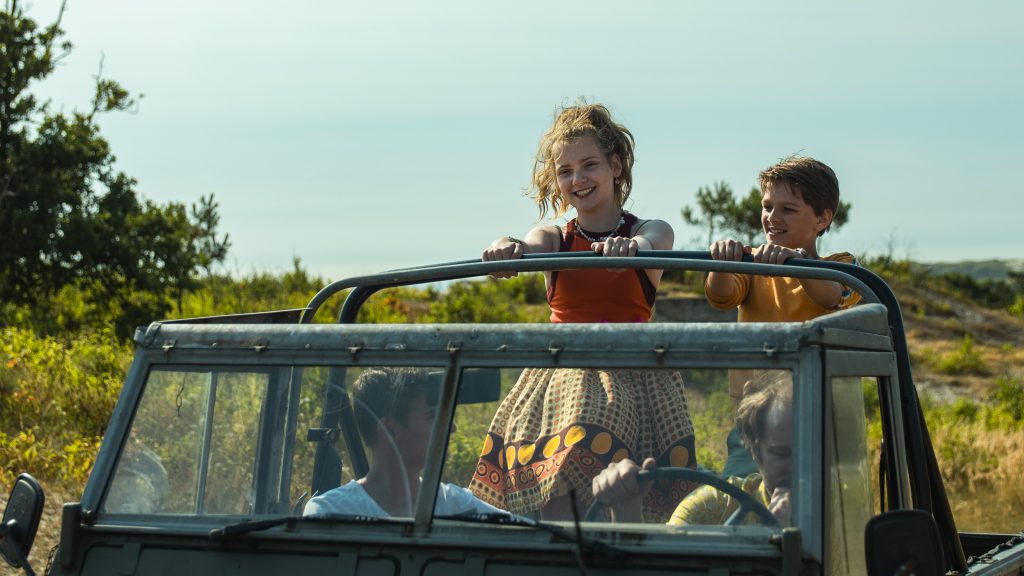 Still from My Extraordinary Summer with Tess directed by Steven Wouterlood

Spin into a universe of orbiting chairs and surprises in the show Balancing Bodies (9+) by Dutch dance/theater company WOEST at the Kennedy Center in Washington, DC. Take a seat in a rolling office chair and observe an ordinary space transform into a universe full of surprises and twists. Dutch dance/theater company WOEST brings this interactive show in which the interplay between performer and spectator is the nucleus around which everything orbits. As a world builds from nothing to something, audience members take part in balancing playfulness and organization, young and old, foolishness and seriousness, and more.
Balancing Bodies will be part of 6 schoolshows between October 29 – November 1. 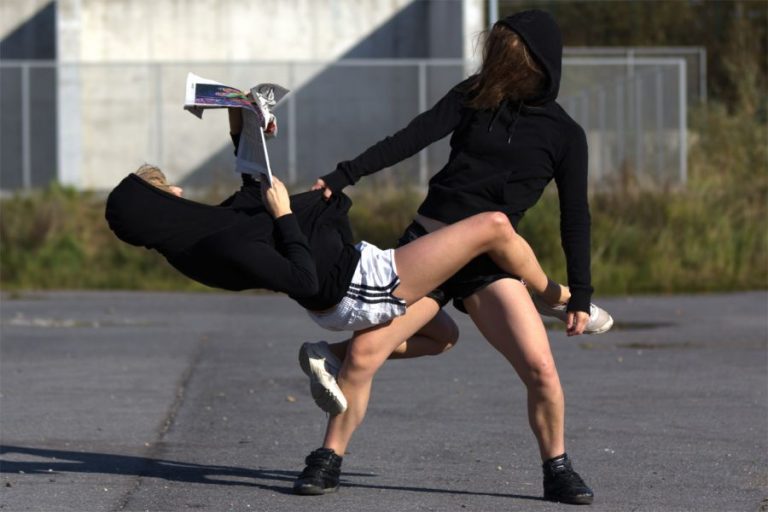 Watch a television show go uproariously wrong in Get ‘Em (3+) by theater company Bonte Hond at the Kennedy Center in Washington, DC. Three television hosts prepare to go live in the studio. The problem? There’s only one microphone! Witness the great lengths these so-called “mature” presenters go to hold the attention. Dutch theater company Bonte Hond presents this imaginative production in the spirit of Tom and Jerry and Looney Tunes, featuring silly misunderstandings, a fantastic puppet show, and some hilarious hide-n-seek.

Get ‘Em will also be part of 6 schoolshows between October 30 – November 1. 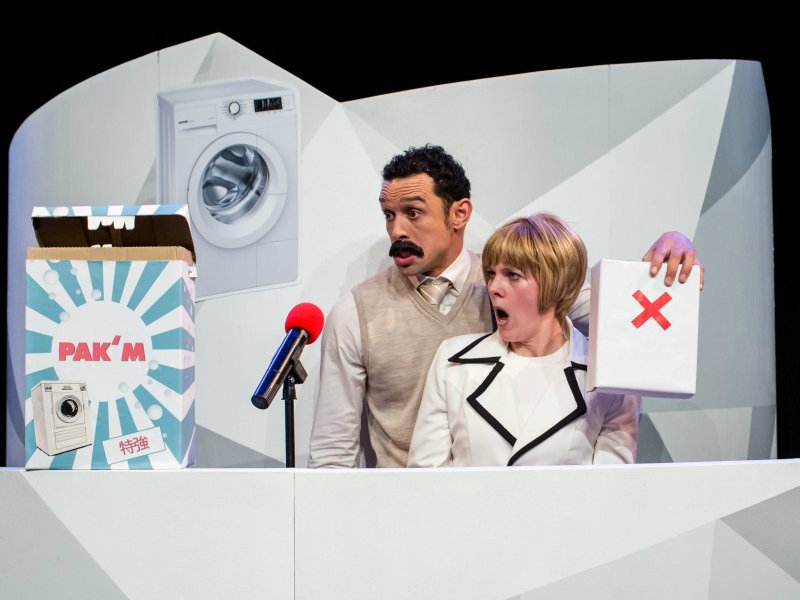 NYICFF is crossing the Atlantic to pair up with far-flung Friends & Neighbors this year. Cinekid, the Netherlands’ premiere film festival for children and EYE International come ashore to share their best short films. Featuring a range of different cultures and themes—from Old Amsterdam to New York—and fresh stories that keep history alive. This Friends & Neighbors program is now going on tour through the USA with the Dutch short films. Several theatres in different cities have compiled a programme with the Dutch shorts. 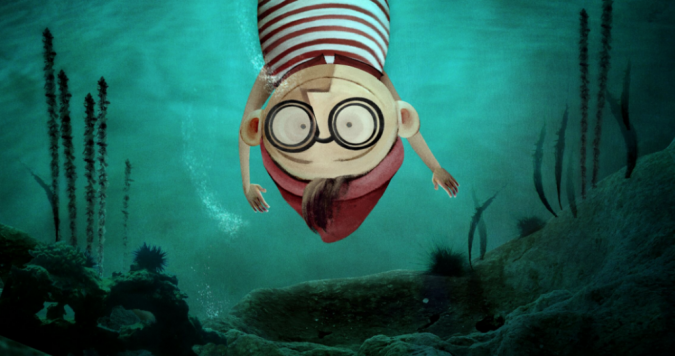 Jonas and the Sea

Dutch music theatre company Oorkaan will perform their award-winning toddler production Glimpse at the Kennedy Center in Washington, DC. Get your tickets here.

Watch the interview with Oorkaan at NBC Washington below!

This calendar and the blog will be updated frequently. 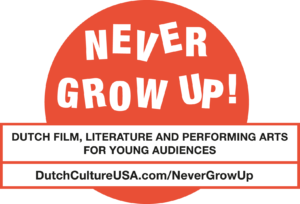 Never Grow Up! is a joint effort with: 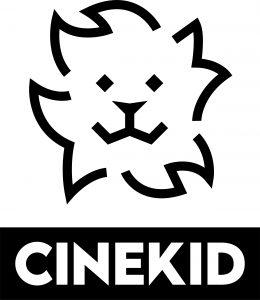