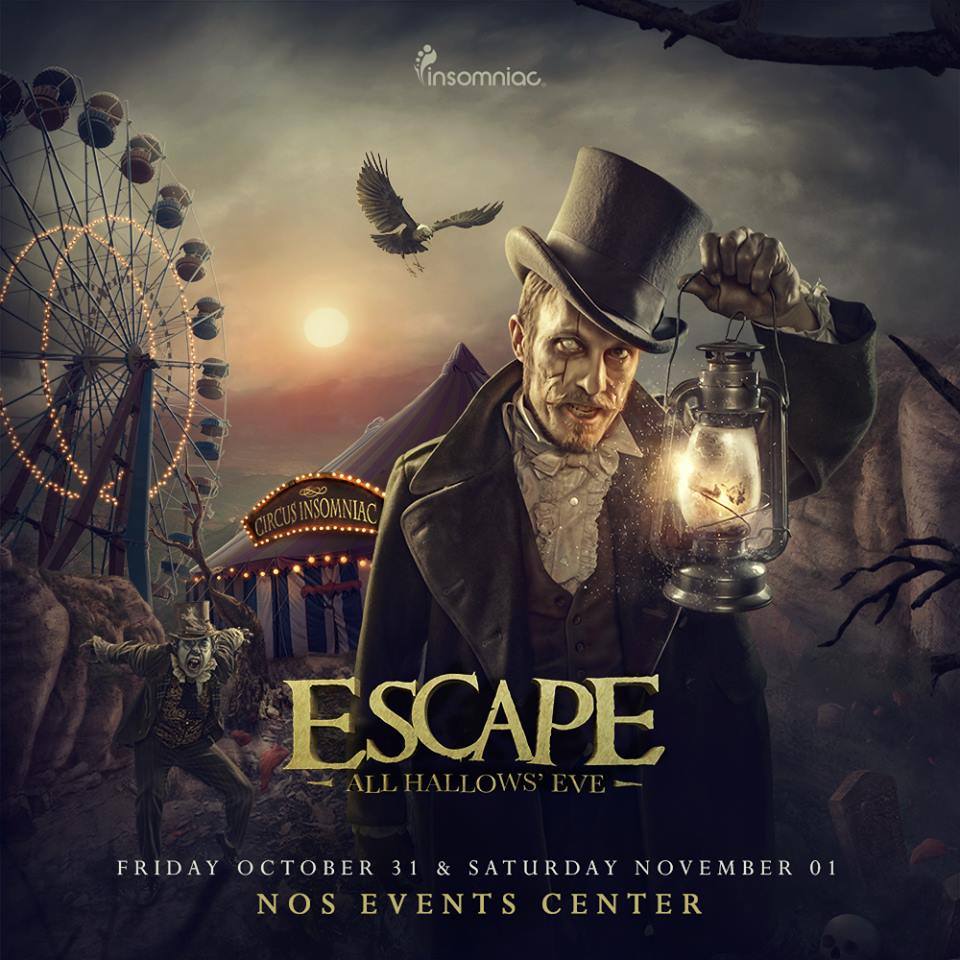 Escape returns to SoCal, San Bernardino, for two nights on Friday, October 31 & Saturday, November 1! Take the dark and eerie adventure at Escape: All Hallows’ Eve! On four stages many djs will perform, including Armin van Buren, Afrojack and Tiësto. (See overview below).

“Halloween is one of my favorite holidays. The first Insomniac party I ever organized actually fell on Halloween weekend of 1993. I’m excited to announce that we’ll be back in SoCal for TWO NIGHTS this year with Escape! This dark and twisted adventure will take place on Friday, October 31, and Saturday, November 1. We’ll have several unique themed stages of music to explore and many more surprises. Bring those positive Insomniac vibes with you, and we’ll see you on All Hallows’ Eve!”  says organizer Pasquale Rotella.

FreakNight Festival in Seattle is the longest running Halloween dance festival in the nation! Says the organization: “We employ our entire bag of tricks to make FreakNight an experience you’ll never forget. Every Halloween weekend the freaks of the night descend on Seattle for a bone-chilling celebration of the dance music community! FreakNight has everything you would except from a sinister circus including carnival rides that will scare you stiff and sideshow wonders you have to see to believe! But the main event is always the same:  the music!”

FreakNight returns to haunt the WaMu theater for 2 nights on October 31 & November 1. Join if you dare for a weekend full of freaky fun! FreakNight has amazing acrobatics, strange creatures and the best dance music performances all weekend long.