In late January, the Dutch film "An Act of Defiance" will be screened at two American Jewish Film Festivals

In the end of January, the Dutch film “An Act of Defiance” will be screened at two American Jewish Film Festivals. The film from director Jean van de Velde depicts a critical moment in the fight against racism in Apartheid-era South Africa, as well as sheds light on the little known of South African Jews in consigning Apartheid to history. 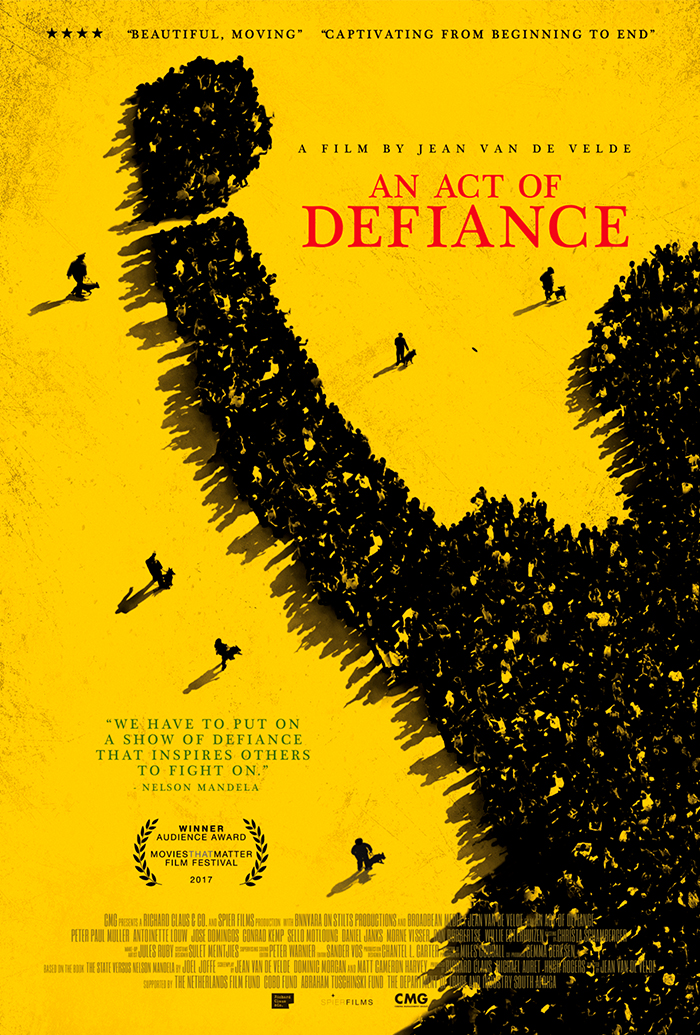 Based on the true story of the Rivonia Trial in apartheid South Africa, which led to the imprisonment of Nelson Mandela and nine of his black and Jewish compatriots, An Act of Defiance is the story of Bram Fischer, the lawyer who chose to put his life and freedom at risk to defend Mandela. Peter Paul Muller’s performance as Fischer is exceptional, and captures his sympathetic and idealistic nature and his more conflicted, practical humanity, afraid that he’ll be implicated with the Rivonia Ten for his membership in the Communist Party. Jean van de Velde has crafted a film that is both a moving and powerful meditation on the sacrifices necessary to stand against injustice, and an exciting political thriller.

On January 15, 1.00 pm and January 16, 3.30 pm, the film “An Act of Defiance” will be screened at the Jewish Film Festival New York. The screening will be followed by a Q & A with director Jean van de Velde. Get your tickets here.

On January 26 – 30, the film “An Act of Defiance” will be screened at Atlanta Jewish Film Festival. Get your tickets here! The screening dates are as followed:

You can watch the trailer of “An Act of Defiance” here: