Looking back at her exhibition "Delightful Transparency" at Project:ARTspace, Marieke Timp told us about her artworks and connection to New York

Dutch photographer Marieke Timp told us about her experience in the United States, and more specifically in New York, where she just had an exhibition at Project: ARTspace, which was titled “Delightful Transparency. Uniting the distance between two countries with one image” .

In 1983, after her studies in Amsterdam, Timp flew to Tucson, Arizona to take part in an international music organization, “Up With People”, for a year. This gap year got extended and since that time she comes back every year to visit friends and family and explore more of the United States.

Fourteen years ago, when she brought her daughters on a train ride from Washington through Philadelphia to, finally, New York, they understood what she had been talking about all these years. Timp remembers her first visit to New York: she didn’t know where to look, there was so much, so big and so high. She couldn’t stop photographing everything she saw. If she didn’t have her camera with her, she made a sketch of the situation so she would not forget. Back in the Netherlands she kept doing the same thing, capturing the moments of everyday things. 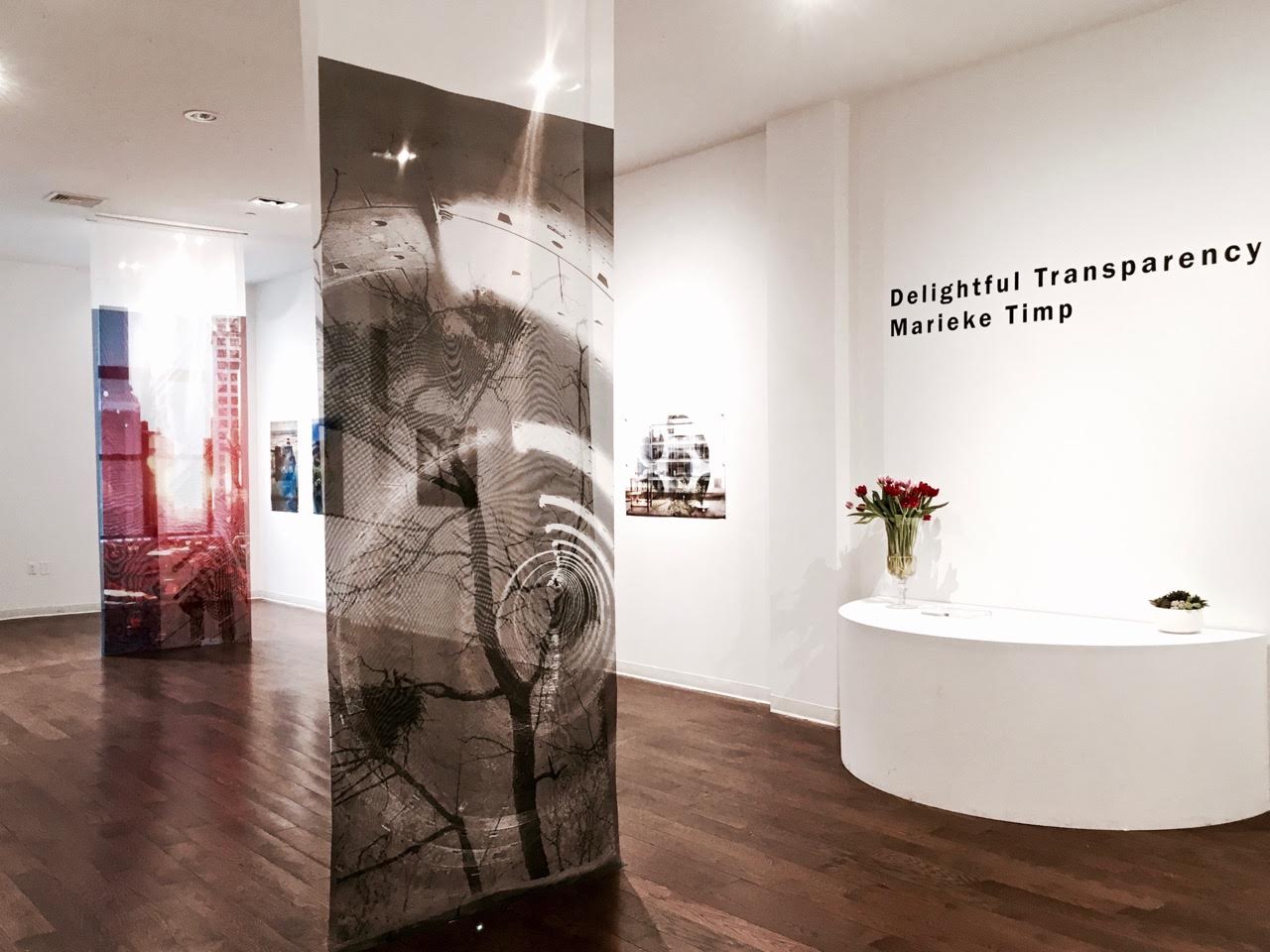 She came in contact with Project: ARTspace through friends in New York, who knew the owners of the gallery that they started seven years ago. After visiting an exposition Timp asked how and if she could present her work there, to which they replied: “ask me when it would be possible”. And, so, she asked.

The date for the exhibition was soon decided and for Timp it was clear she wanted to show work that depicted how much she cherished the city New York. The relation to the Netherlands can be found in the referential names, such as Brooklyn/Breukelen, Harlem/Haarlem and New York itself used to be New Amsterdam. Timp scanned the analog photos that she had made since the ‘80’s until last year and laid them next to newer photos of Amsterdam and Breukelen she had made. Just by looking at the photos she combined them based on feeling and memory. She combined two pictures by placing one over the other: one being printed on paper and the other on transparent paper.

The exhibition at Project: ARTspace was titled, “Delightful Transparency”. This refers to the usage of transparent voile as material to have the freedom of looking at the work and discover something new every time. Every photo has a story and memory for the artist, while for the viewer the image helps to maybe rediscover a memory or to tell a new story. 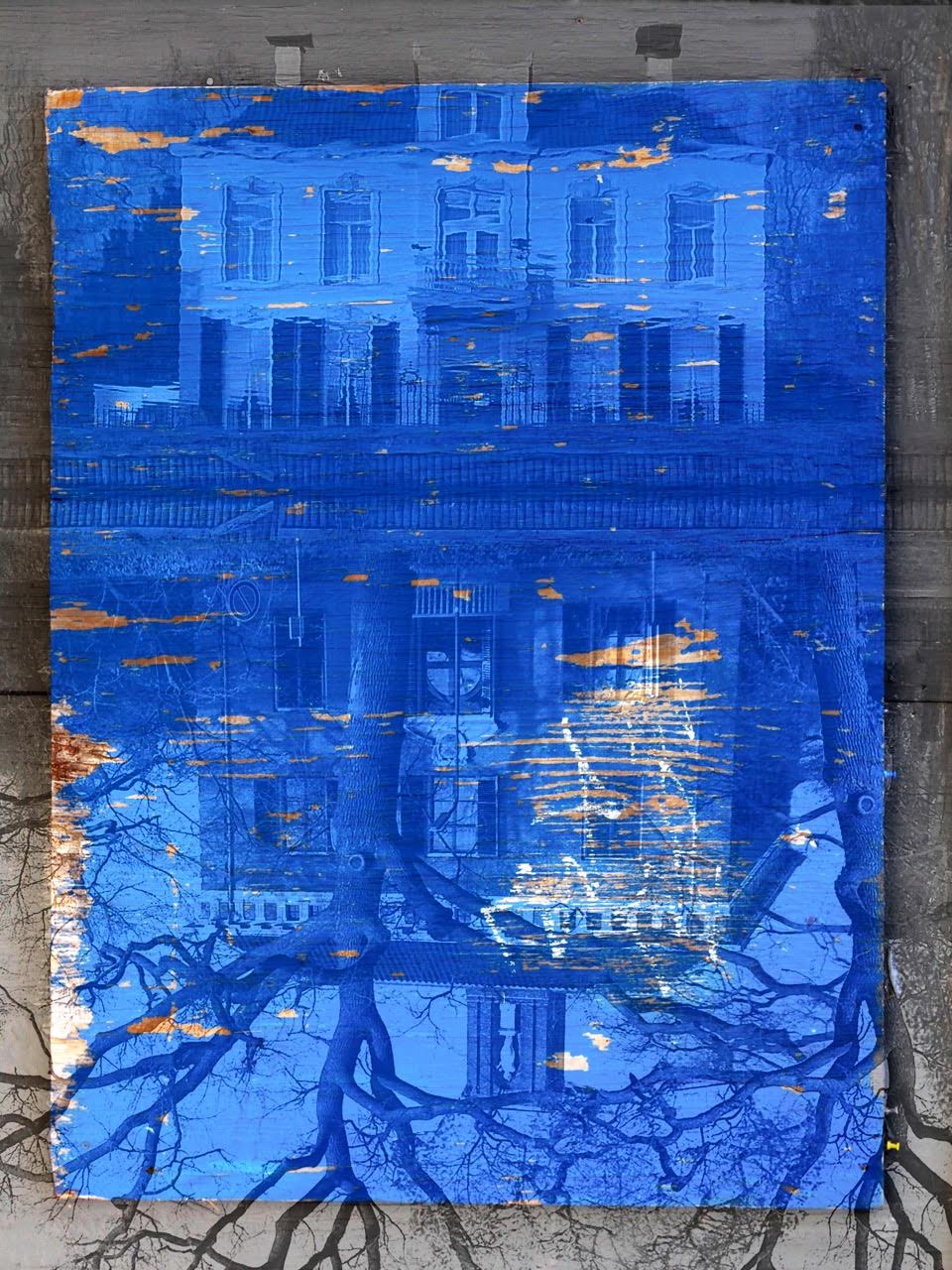 Timp is a photographer and illustrator and creates images of everyday moments that she experiences or during travels in the Netherlands, Europe, America or further away. Timp uses the unpredictable daylight and makes photos with both analog and digital cameras.

Project: ARTspace, created in 2011, is an inter-disciplinary creative project space for artists. The organization programs events and exhibitions where curators and artists of all levels have the chance to meet, engage and promote new collaborative projects. Beginning of next year, the gallery will move to a new location. Until that time the expositions are on view by appointment only on 156 5th Avenue.