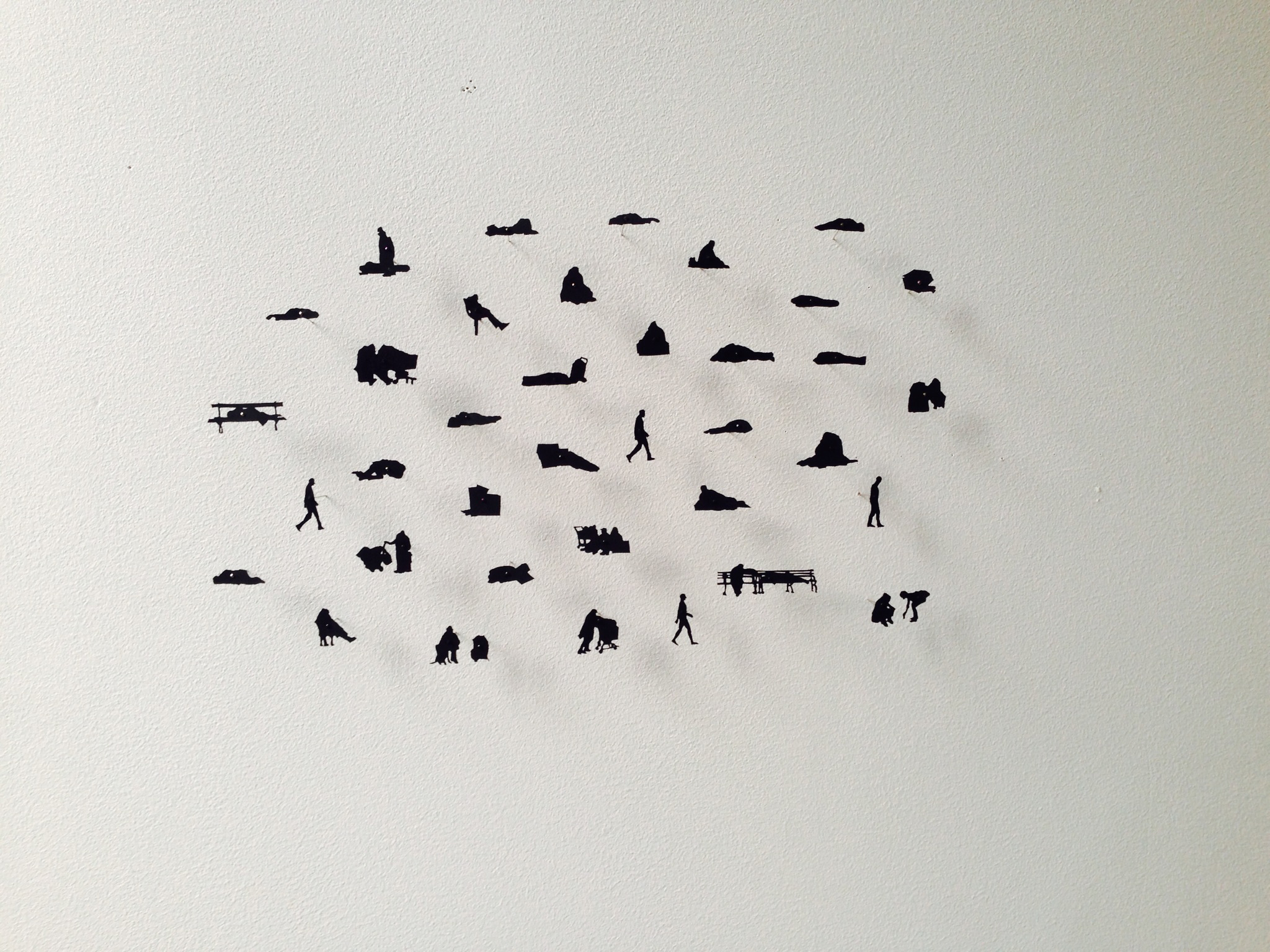 Work by Anita Groener is on view from January 21 to February 22nd in group exhibition '18 x 8' at PointB.

Work by Dutch artist Anita Groener is included in the group exhibition ’18 x 8, From Point A to PointB and back again’, on view from January 21 to the 22nd of February at PointB. The exhibition is an international retrospective feauturing PointB’s 80+ global artists, from 1996 to 2015.

PointB presents a retrospective exhibition of works by international artists who have held short-term residencies over the last 18 years at PointB Worklodge. Since 1996, the blank façade at 71 North 7th in Williamsburg has held a secret: 8 live-work studios hand built by founding designer Mark Parrish that have hosted over 1,000 artists from around the globe, providing a base for exploring New York and contributing to the local community.

The network of lodgers speaks to the ever-changing landscape of contemporary art, as some organisations once key to those resident at PointB no longer exist, such as Silver Shed, Parker’s Box, and Location One.

Alongside their artworks the artists have provided fascinating photographs of their studios and surrounding neighbourhood from the mid-’90s that documents the changes and gentrification of Williamsburg.

Founded in 1996 by artist, designer and architect Mark Parrish, PointB’s mission has been to enhance and enable the mobile lifestyles of creative professionals by providing flexible, ready-to-use work and living spaces and developing a global network for interdisciplinary, cross-cultural exchange. This was accomplished through the provision of a suite of 8 minimalist and comfortable live-work studio spaces in Williamsburg, which have been inhabited by an ever-changing group of visiting artists. Over 1,000 visual artists, writers, filmmakers, performers, photographers and thinkers have been in residence at PointB, many repeatedly, in stays of a week to 4 months. PointB has always been about access to the city. Like a secret club, not known to New Yorkers but known to artists all over the world, the doors haven’t been open to the public because the studios were not designed to show work, but to make it. Now, nearly two decades after its inception, a number of past lodgers have sent in their works of art for this group exhibition, which celebrates their work, documents their interaction with the local community, and reflects on the changes in the Williamsburg neighbourhood.

The focus in Anita Groener’s work is a consideration of home and displacement as situated within modern geopolitical realities. It explores episodes in individual and collective cultural histories – mired by dislocations – that become manifest through our relationship with time and space. Inextricably situated within collective systems [society, family, religion, politics, country, etc..] these structures inevitably cause conflict that vary from local to global proportions affecting each individual. The current work engages with the impact of the psychological complex that constitutes the core of this dialogue. To capture the actuality of this experience she uses strategies and economies of drawing, as well as formal aspects of scale and monochromes.

The drawing installations consist of minuscule individually cut paper silhouettes impaled on pins and mounted on a wall. The work is approached from a distance, emphasising the systematic and visually abstract on first view. On closer inspection each mark becomes an individual figure that, when standing back, disappears again into the crowd of marks while simultaneously positioning itself as essential for the emergence of that crowd and, as evidenced human experience.

Anita Groener’s work is in the collections of The Irish Museum of Modern Art, The Arts Council of Ireland, VU University Medical Centre, Amsterdam, Gemeente Arnhem, Leaseplan BV Nederland, DELA, The State Art Collection Ireland OPW, among many other major public and private collections in Europe.