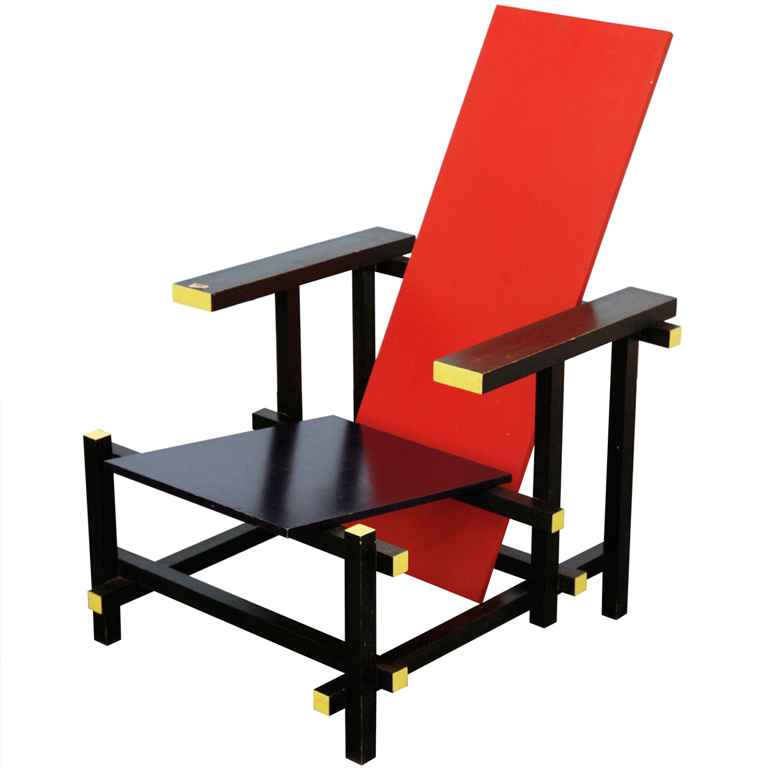 From October 13 - 24, Marie-Leen Ryckaert from ArtEZ Institute of Architecture teaches a two-week course at Parsons on Dutch design.

Coming from the ArtEZ Institute of Architecture in the Netherlands, Marie-Leen Ryckaert began on October 13 by immersing Parsons graduate students in the world of Dutch design. The two-week seminar examines topics in Dutch design throughout the 20th century and across diverse media, while raising questions of aesthetics, crafts, nationalism, social progress, ideology, and commerce.

In the Netherlands – being a traditionally agrarian and trading nation – industrialization began modestly, and so did industrial design. Nonetheless the latter flowered with the founding of the first European academy for industrial design in Eindhoven, inspired by Bauhaus ideas and methods, in the 1950s. The life of Dutch decorative arts, graphic design, and product design has never since been the same. Contemporary Dutch designers and brands like Jongerius Lab and Droog Design continue to overturn all expectations. Objects of innovative Dutch designers and workshops have found their way to international museums like the Cooper-Hewitt.

During the seminar students are encouraged to study the Dutch material culture through the objects in the extensive Cooper Hewitt Collection. Therefore a class at the Newark Study Center was part of the seminar program last week, as well as a visit to the Rare Book Room at the museum’s library. A number of items discussed during the classes will feature at the museum’s re-opening exhibition in about fifty days. This week, an absolute highlight of this seminar will be an exceptional visit to the North Delegate’s Lounge at the United Nations Headquarters in New York, which has recently been re-designed by a Dutch team of designers, including Hella Jongerius, Irma Boom and others, followed by a visit to the photography and design collection of the Consulate General of the Kingdom of the Netherlands in New York. Both locations show how Dutch design-objects interact with each other and with their surroundings in daily situations.

At the end of the seminar each student will briefly review one of the Dutch objects shown in the recently founded gallery Chamber at the High Line. Finally the students will write a paper on a Dutch design topic. In a way, the seminar also preludes the two week intensive course that is to take place in Amsterdam next summer.

Ryckaert is no stranger to the Parsons campus. Just this past May, she delivered a lecture on the cultural assumptions of museum interiors as a part of INSIDE (hi)STORIES, a series curated by design historian Sarah Lichtman and architectural historian Ioanna Theocharopoulou.

During her stay in May she contributed to the Survey of Decorative Arts at the Cooper-Hewitt, as well as the History of Design program for the Parsons undergraduates. Ryckaert brings with her her thirteen years of frequent contribution to the Dutch Design Magazine ITEMS, as well as an extensive body of research on European glass, design culture, and the intersection of material studies and interior design.

Ryckaert hopes her students will achieve a better understanding of Dutch design by deepening the topics and approaching the material in a broader historical and cultural context. For Ryckaert, the students’ brief reviews of contemporary design objects in ‘Chamber’ at the end of this week will be a ‘kind of a test’ and the start of a debate: “What I certainly noticed is that the students in this class are very well prepared and enthusiastic. This feels like an agreeable gift for the lecturer.” This positive interest in Dutch design exists not just amongst the faculty staff but also the museum staff. According to Ryckaert, the students and their teachers are privileged to have so many primary sources within reach in the museum’s collection and library. Hopefully, this course may be the beginning of a cooperation between the two institutes, Parsons and ArtEZ.