On September 16th, Adele Renault will display her work and release her monograph in Jersey City

On September 16th, Adele Renault will release her first monograph “Feathers and Faces,” a book full of beautiful portraits of pigeons and people based on her interpretation of famous boxer Mike Tyson’s relationship to pigeons. To celebrate this release, Adele organizes an one-day exhibition of her work at Ring Side Lounge in Jersey City, NJ. 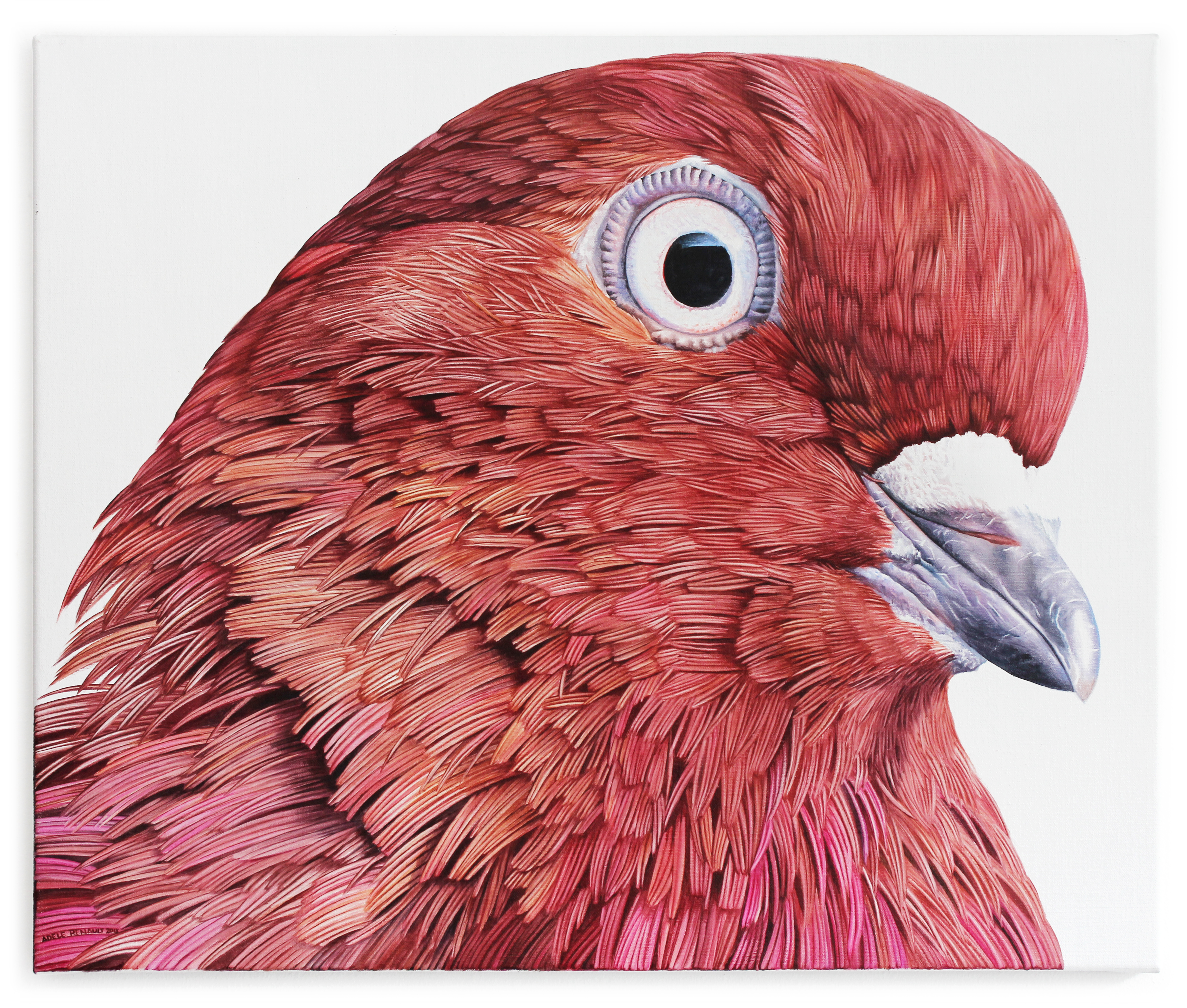 Mike Tyson found his way into boxing as a kid after a bully beheaded one of his beloved pigeons in front of him. Tyson threw his first punch in response. A knock out. A fascinating anecdote, full of compassion and brutality. Their mutual affinity for pigeons made the former heavyweight world champion and Adele instant fans of one another.

On a quest to paint his portrait, Adele has met several pigeon fanciers around the world. And on a warm June evening in 2017 it also lead her to a Jersey City rooftop, home of Tyson’s first pigeon coop. The Ringside Lounge gives the appearance of a run-down dive bar from the outside, however, inside is a warm bath of hospitality, a cheerful bar, a boxing ring and on its roof, Tyson’s Corner. 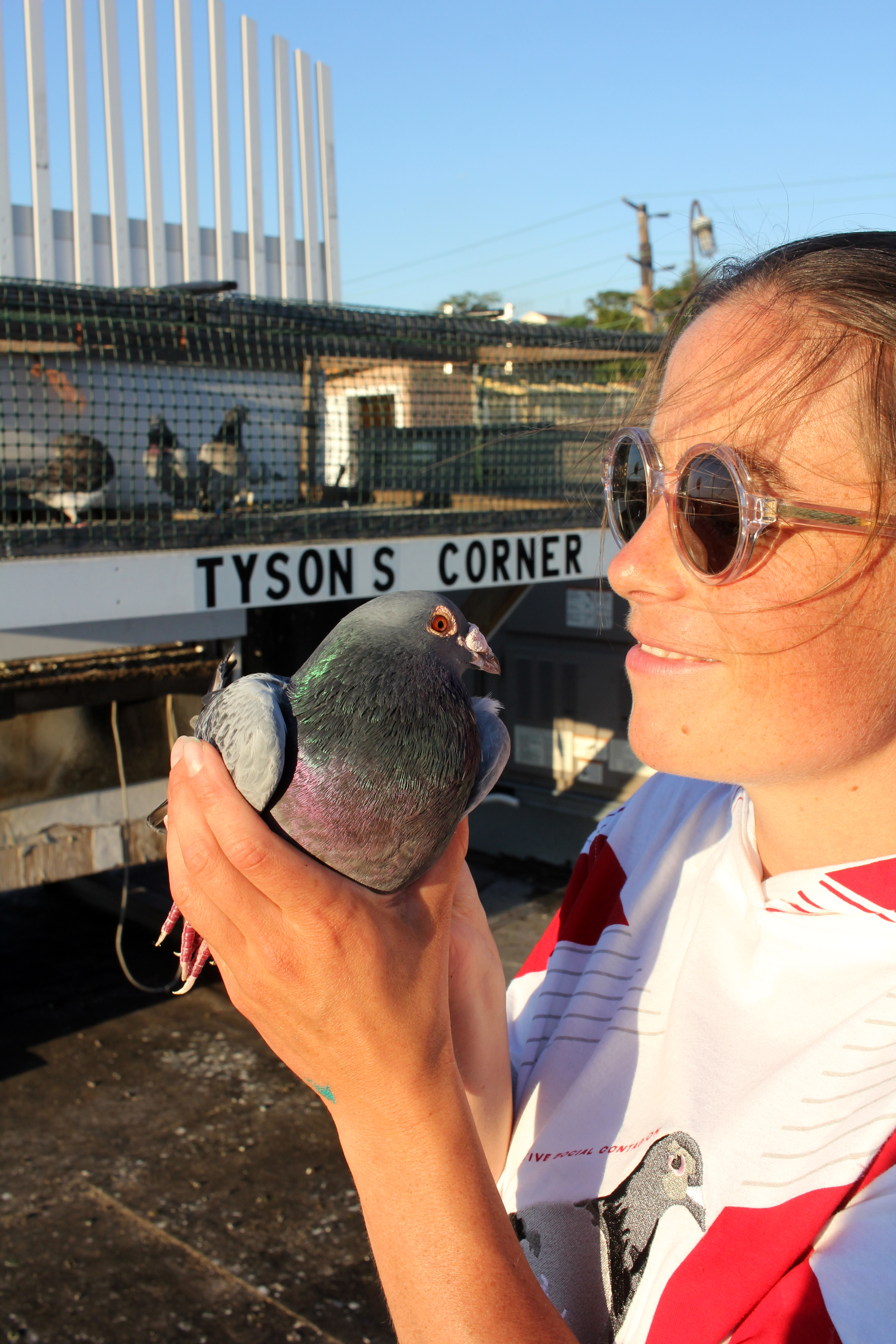 Tyson’s Corner has become the new center of interest for this site-specific series of oil paintings in Adele’s unmistakable realistic and overexposed style. The initial portrait, one of the famed boxer himself is still an ongoing project, but has shifted to the background, the spotlight focusing on the individual pigeons and everyone involved in taking care of the coop.

It was only logical for Adele to then show this series at the Ring Side Lounge, where she will also present her new book Feathers and Faces on a lovely Sunday afternoon on September 16 as well as paint a mural on side of the building. Artist and pigeons will be present at the opening and available for interviews and photoshoots.