‘Bosch: The Garden Of Dreams’ in Detroit 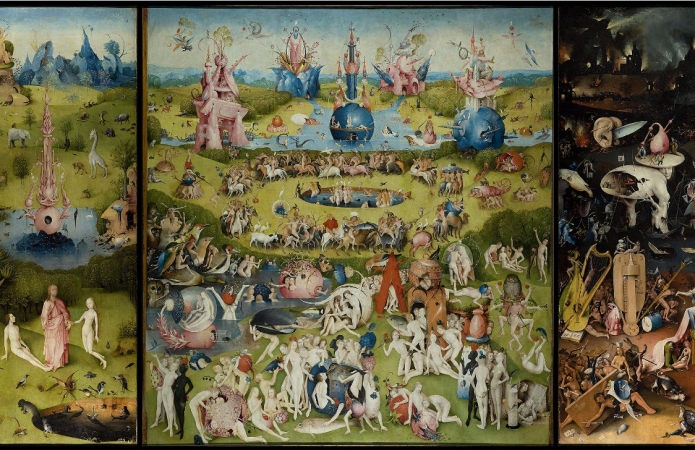 From December 17 until December 30, Detroit Film Theatre will screen 'Bosch: The Garden Of Dreams' 9 times

From December 17 until December 30, Detroit Film Theatre, part of the Detroit Institute of Arts, will screen ‘Bosch: The Garden Of Dreams’ 9 times. Last June, Spain’s Prado Museum unveiled Bosch: The Centenary Exhibition, commemorating the fifth centenary of the Dutch Old Master’s death. Co-produced by the Prado, this immersive new documentary focuses on the most important and iconic work by Bosch: ‘The Garden of Earthly Delights’. Through conversation among artists, writers, philosophers, musicians and scientists, regarding the personal, historical and artistic significance of the fever dream that is Bosch’s picture, the film continues a discussion that began 500 years ago when it is believed that the painting was commissioned to Bosch. We have very little data on the identity and biography of Bosch, and as the film’s narrator points out, “At the end of a novel, the writer reveals the mystery. In this case, the author does not want you to solve the mystery, he wants you to stay in it.” The film will be narrated in Spanish with English subtitles. It shows how Bosch’s work remains to be an inspiration to artists within different fields. Dutch contributors to the film include art historian Reindert Falkenburg and author Cees Nooteboom.

Bosch: The Garden Of Dreams will screen on: