Dutch Hip Hop artist Brainpower is climbing the charts in the United States. His track “All the Same,” featuring Orange Grove, went from number 17 to number 11 on the National Record Breakers Chart this week. The chart is compiled out of over 70 stations according to DJ Addition.

And now, it hit its first number 1 spot on the University of Michigan’s WCBN 88.3 FM Top 40. Ran by DJ Chill Will, this show is the longest running Hip Hop show in the Mid-West. 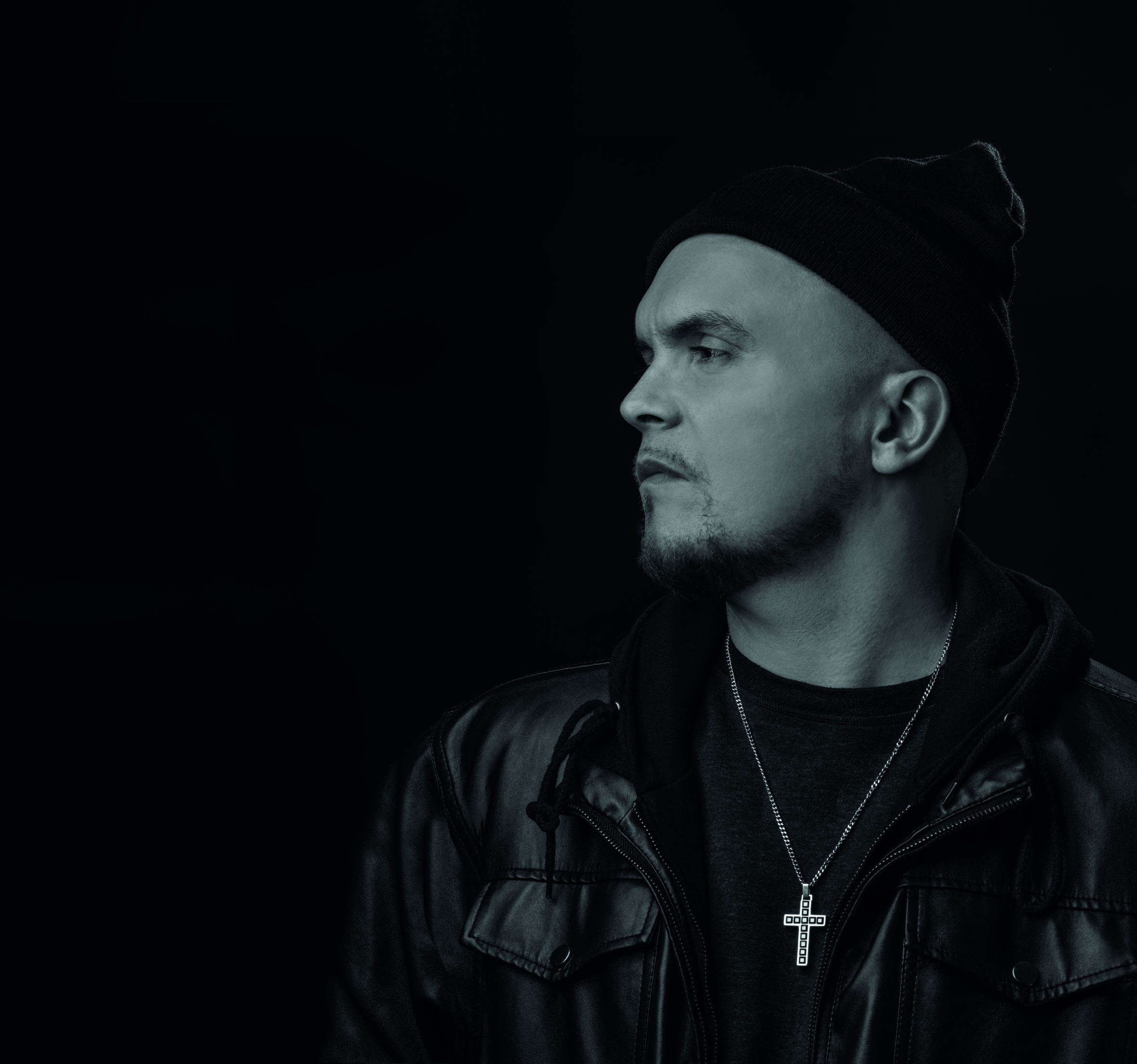 Brainpower is a pioneering bilingual Hip Hop artist, songwriter and producer from Amsterdam. Having released eight albums (six studio albums, a live double-disc and a triple-disc greatest hits box set), Brainpower is an established recording artist in a league of his own. Because of his diverse musical and creative dedication, he is a household name in Holland, Belgium and the Dutch Caribbean.

After having chart-topping hits in both the Netherlands and Belgium, multiple gold and platinum records (both as an artist and as a songwriter) and winning many awards (including an MTV Europe Award for Best Dutch Act), Brainpower was given the State Lifetime Achievement Award in Amsterdam for his ongoing impact on the Dutch music scene. Over the years, he has shared the bill with Eminem, Snoop Dogg, Black Eyed Peas, Wyclef, Run DMC, The Roots, De La Soul, and Candy Dulfer.

Having played over 3000 shows (with a live band and/or his DJ TLM) he is a seasoned performer, who truly feels at home on stage. Last year saw the release of his latest studio album “Determination”. A virtual reality music video – one of the very first in the world – was created for the single “Troubled Soul.” (Download the free WeShareVR app to watch). He recently wrapped up an 80-date concert tour and is currently working on new music.

As a songwriter he co-wrote for many successful projects including Candy Dulfer’s “Right In My Soul” album which spawned the US number 1 smooth jazz hit “Finsbury Park, Café 67”. Besides being a musician, Brainpower holds a Master of Arts degree in Communication Science from The University of Amsterdam and is a well-respected keynote speaker. With many years of experience as an artist, a deep love for the game and a knack for storytelling, he is a popular guest teacher, giving master classes at universities, schools and many other institutions.

Why do you think ‘All the Same’ is such a success in the United States?

“I think the topic of this song resonates with people. It poses the question ‘Aren’t we just all the same inside’? It deals with the fact that nobody wants to feel rejected. At the end of the day everyone wants to be accepted and be loved. The song blends the essence of my body of work with the core of Orange Grove’s message and vibe. I think their cross-over sound matches my lyricism and production. We state that it is easier to unite than to divide as unification and love feel more natural to the heart than pain and separation. You know, you just create something – the best way you can – and people decide whether they like it or not. I just know that this song gave me goosebumps and that is always a good thing. Oh, by the way: The exclusive cover art for ‘All The Same’ was done by legendary US comic artist Mike Grell (DC Comics, Marvel & more). He worked on iconic comic art for Batman, Iron Man, X-Men Forever, Green Arrow and even wrote and created comics like The Warlord & Jon Sable, Freelance to name a few. For decades he has brought his own creations and their worlds to life with a cinematic style of visual storytelling. In this case he created nine completely different faces yet all with the same intense stare.”

How did the collaboration with Orange Grove start?

“One of the co-founders of the group Jacob Streefkerk has been a friend of mine for a long time. He used to be in a band called Intwine. Intwine and I used to tour quite a lot together (from 2003-2008) plus we released three collab songs before they split up. Then Jacob went back to being a member of Orange Grove. To me, Orange Grove is really a Dutch Caribbean gem. We stayed in touch and played a few shows in Holland and St Maarten. I wanted to make this song ’All the Same’ for a while and this year I finally made it happen. We went to tour the Caribbean (Aruba, Curacao, Bonaire, St Maarten, St Barths) this summer to play shows, shoot the video and promote the song and the reactions were just super positive everywhere.”

What is your connection to the United States?

“Wow, where do I start?! I do have a deep love for the US. I think it starts with growing up on US Pop Culture, you know, the movies, the actors, TV shows and of course music. You hear the language, you see a lot of sights…So the first time I was in New York it felt super familiar. I have to say I really feel at home in both New York & LA. I have stayed there many times and sometimes for a longer period of time. (I have stayed in Philadelphia and Miami as well and I would love to see more of the country). I shot a video in New York for a song called ‘People’. In LA I did two videos so far (‘Play Happy’ and ‘Don’t Let Go’). I played the Viper Room twice and I did a lot of sessions in LA. The Senior VP of HBO (in LA) is a fan of my music and through him I met my music supervisor. We managed to get an unreleased song of mine called ‘Victory’ placed in the John Whitesell film ‘Thunderstruck’ starring Kevin Durant & Jim Belushi. Some of my best friends and even a few relatives are from the States, so yeah my connection with the States is quite strong. I could definitely see myself moving there.”

How does writing in English affect your songwriting compared to writing in Dutch?

“Well, obviously, they are two different languages, so the texture of each language differs. Both languages have its own sound and color I would say. But when I write (the translation of emotions) it is still coming from the same person. So if writing a song is like working with a canvas & paint, lyrically and musically I paint compositions slightly different on the canvas in each language. So I guess that’s where my songwriting differs. Some English words come from Dutch words though, that’s definitely interesting too. I love the connection between (and history) of different kinds of languages and the English/American language is definitely tied to the dutch language, too.”

How is the American music industry different from the Dutch? Which one do you prefer?

“They are both unique industries. I am fascinated with the way the music industry is set up, how it works and what the dynamic of it is. How to be a true artist in a tough business and still be the best version of yourself is something that I have always studied. I am a student of the game. The music game, the rap game, just the creative game in general. I cannot say which one I prefer, because you can’t compare an apple to an orange. Of course, the American market is way bigger. It has been great to see some of the Dutch dance Dj’s become super big in the States. That said, I would love to see more Dutch artists in other genres blow up that big over in the US as well. Someone I always respected, especially when it comes to this aspect of the game, is my friend Candy Dulfer. She is a Dutch saxophone pioneer and was a member of Prince’s New Power Generation. She played with him for years. We even co-wrote ‘Finsbury Park, Café 67’ which hit the number 1 spot in the US Smooth Jazz Top 30 a while ago.” 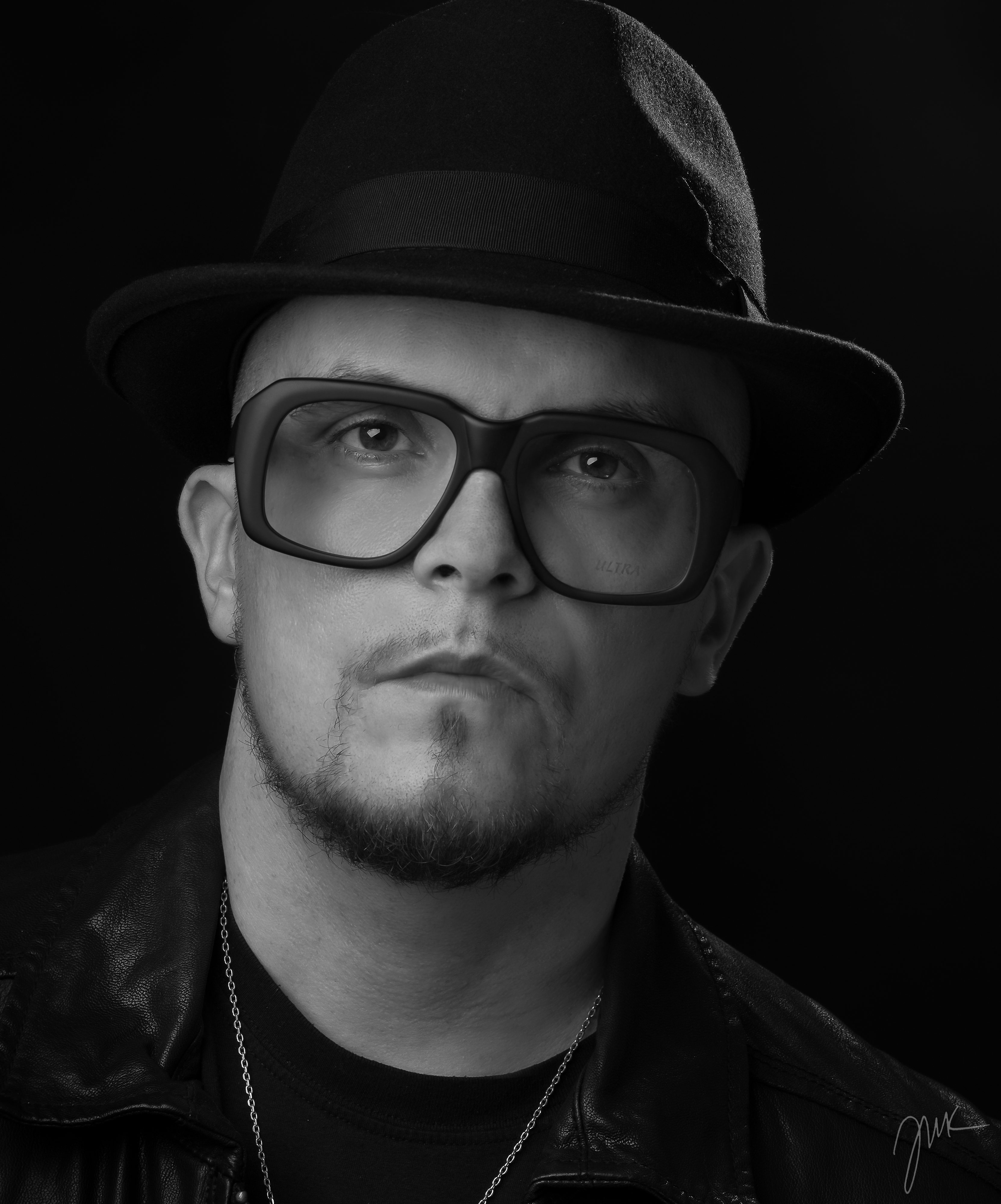 Where and how do you get the inspiration for your lyrics?

“That can happen anytime anywhere…. I am really in love with language. Just writing and speaking…. combining words, expressing your feelings through words and music. The combination of rhythm and rhyme made me fall in love with Hip Hop back in the days and that love has never really changed. I always kind of freestyle in my head, it comes naturally. Half of the time I think in English and the other half (of the time) I think in Dutch. I feel like a translator. Capturing the essence of a situation and/or emotion and transforming that into words, into a rhyme, a song or sometimes a scenario or a play. I recently translated Shakespeare’s Othello and Hamlet in rhyme form (in 2015 and 2016 with a 70-date tour with a great cast) which was a lot of fun too.”

What else can we expect from you in the US?

“The official video for ‘All The Same’ drops October 28. Right now I am doing a lot of promo for the single. Other than that I am working on new music. For updates on shows and more, follow me on social media: Instagram, Twitter, Facebook and Snapchat are all @MCBrainpower .”