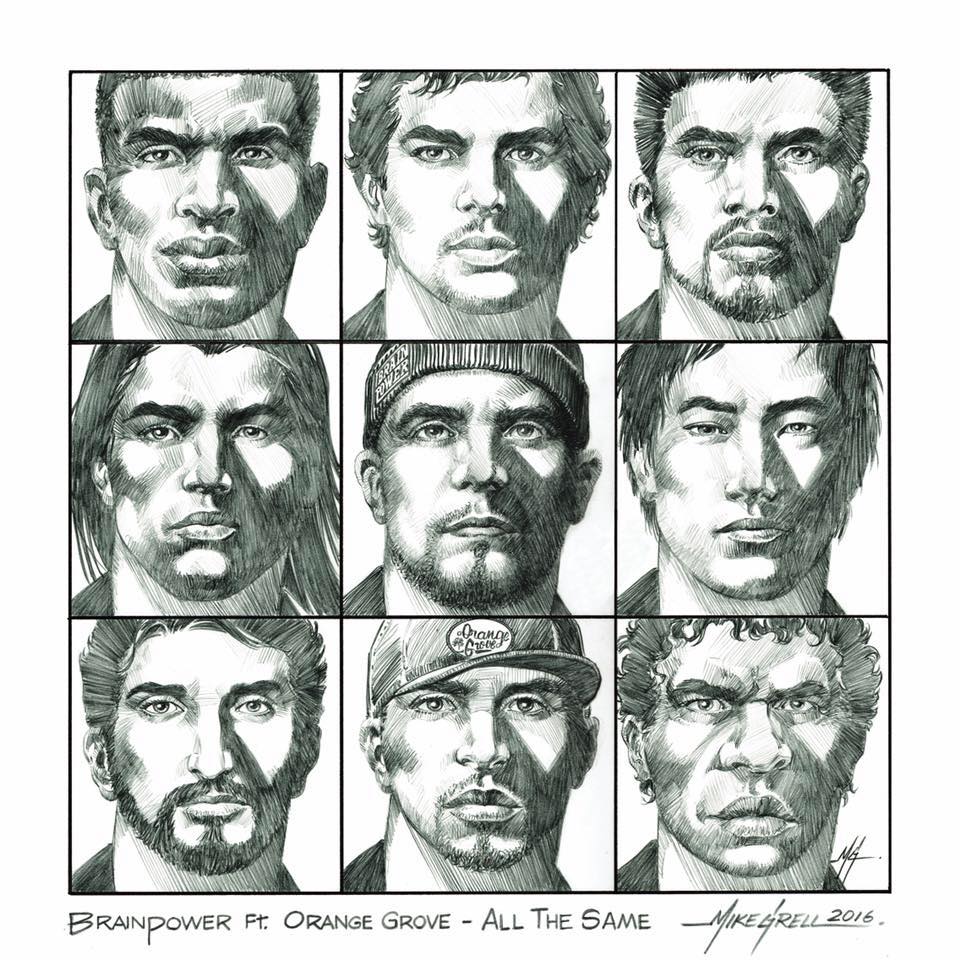 Brainpower and Orangegrove released the video for their new hit “All the Same.” The clip is shot on the three islands of Aruba, Bonaire & Curaçao. The release came when the single is breaking charts in the United States. K100 Radio in Atlanta rated the track “ILL” at “ILL or KILL,” and many nationwide college charts are picking it up as well. DC Comics/Marvel legend Mike Grell helped Brainpower and Orangegrove by creating the ‘All The Same’ cover art. You can read a full interview with Brainpower about his recent success in the United States here.

Brainpower also had an interview with Los Angeles Radio Station KXLU 88.9 FM on their DeeJays Express show with E-Man & Lil GQ. Brainpower talks about his love for LA, his deep appreciation of the music history & cinema culture in the City of Angels, plus he mentions his collab with the Hip hop Trooper. See here two parts (10 &11) of the interview:

Brainpower is a pioneering bilingual Hip Hop artist, songwriter and producer from Amsterdam. Having released eight albums (six studio albums, a live double-disc and a triple-disc greatest hits box set), Brainpower is an established recording artist in a league of his own. Because of his diverse musical and creative dedication, he is a household name in Holland, Belgium and the Dutch Caribbean.

After having chart-topping hits in both the Netherlands and Belgium, multiple gold and platinum records (both as an artist and as a songwriter) and winning many awards (including an MTV Europe Award for Best Dutch Act), Brainpower was given the State Lifetime Achievement Award in Amsterdam for his ongoing impact on the Dutch music scene. Over the years, he has shared the bill with Eminem, Snoop Dogg, Black Eyed Peas, Wyclef, Run DMC, The Roots, De La Soul, and Candy Dulfer. 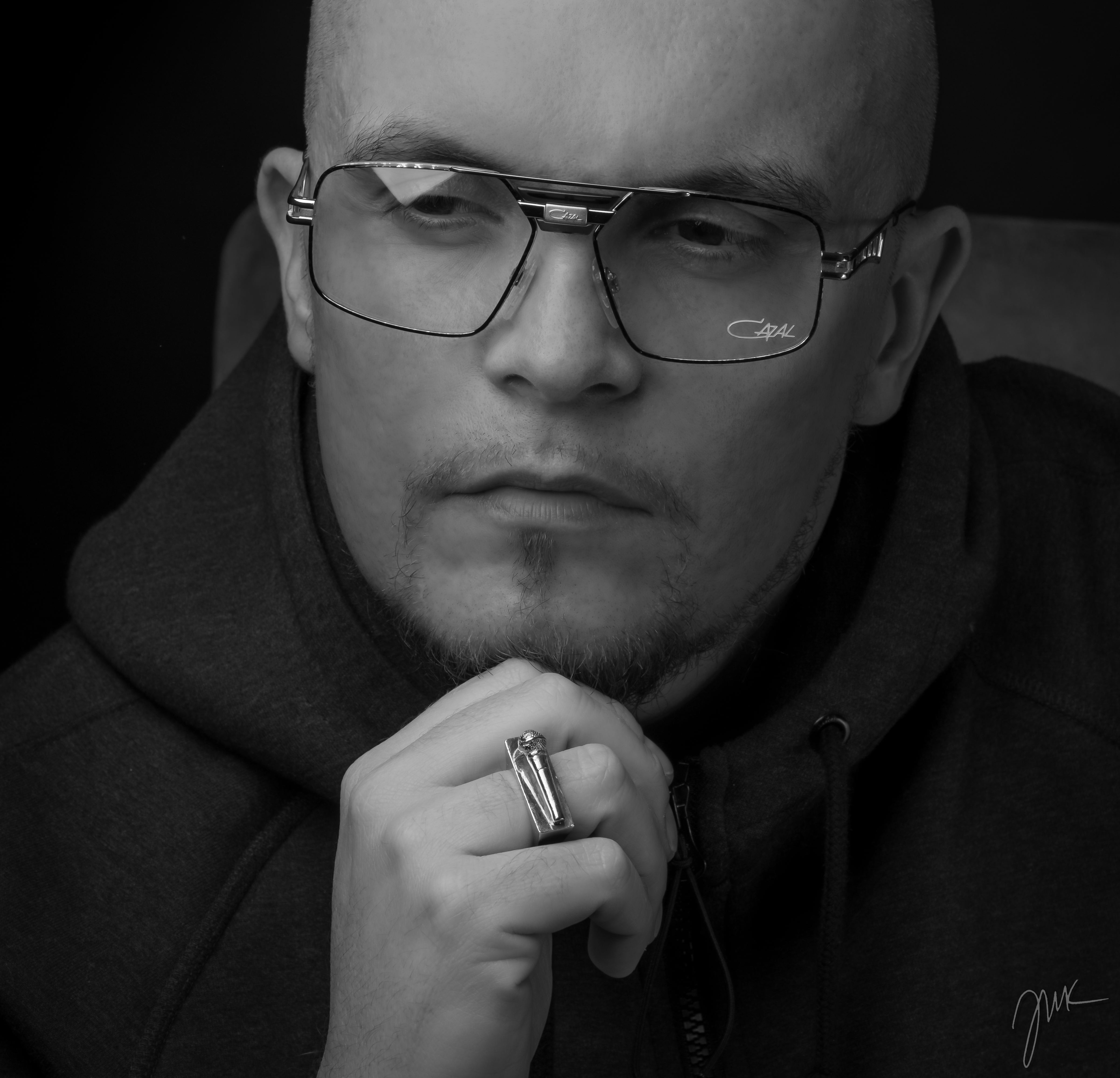 Coming from one of the smallest dots on the world globe with the biggest heart, the Sint Maarten-bred band Orange Grove (OG) wants to move more than people’s bodies; OG won’t stop until they have infiltrated our minds and spirits with their infectious sounds and vibrations. They are bringing the Caribbean vibes to the colder capitals of the world and injecting more heart to the warmer ones (however much that’s possible).

Charismatic singer Michael Maidwell and close friend (and guitarist) Jacob Streefkerk formed the group in 2001. What started as a hip-hop group turned into one of the most unique blends of sound to come out of the Caribbean. OG’s music is a melting pot of everything they love: traces of rock, hip-hop and reggae are splattered all over their sound. For more than 10 years they have continued to expand their fanbase from the Caribbean to Europe all the way back across the Atlantic to the United States. This group of five dedicated and driven individuals forms an unstoppable assembly with one goal in sight: spreading the feel-good vibes to the world! 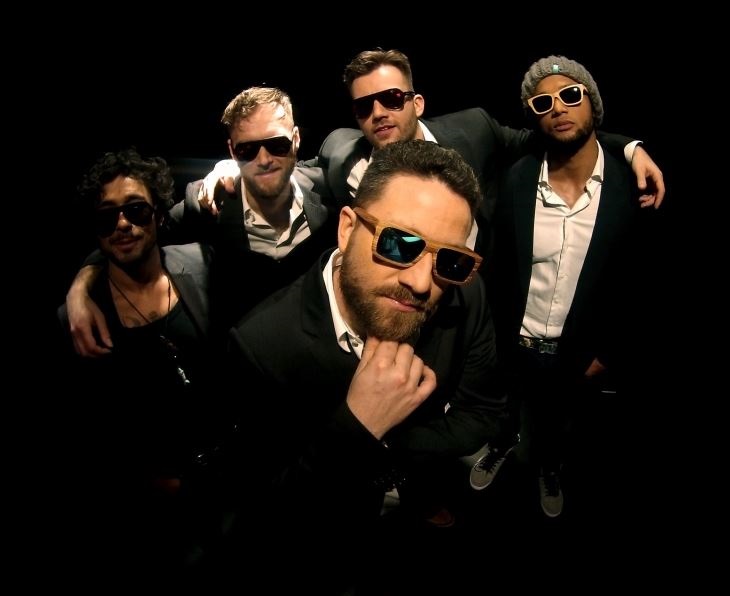 Unfortunately, Brainpower won’t be playing anytime soon in the USA. Yet, if you are in The Netherlands you can check his schedule here.