Celebrating the Year of Rembrandt from Amsterdam to New Amsterdam 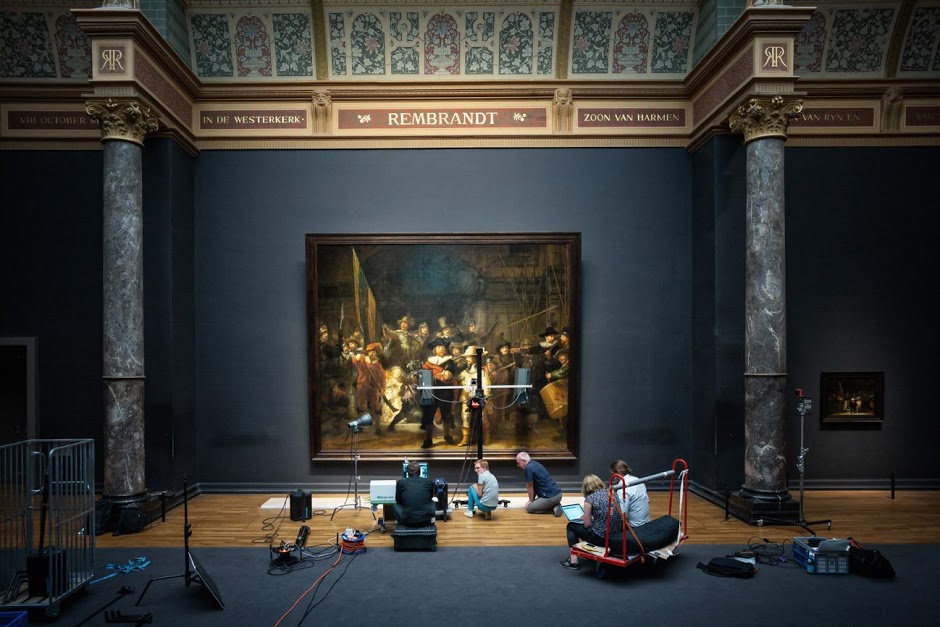 Dutch Master Rembrandt van Rijn (1606 – 1669) was a great storyteller, having a subtle and loving attention of the world that surrounded him. Take a look at “Joris de Caulerij,” Rembrandt’s masterwork on display in San Francisco’s Legion of Honor. The painting depicts a grand figure from The Hague, engaging with the viewer through a frank but combative look. Dressed in the costume of the civic guard, and firmly holding his musket, Rembrandt had the unique ability to translate society with a single image. Combining his curiosity and gift as a society portraitist, one can wonder how Rembrandt van Rijn would depict today’s people in the United States. Would he focus on the mood or guise of the Americans, or be inspired by its varied landscape? 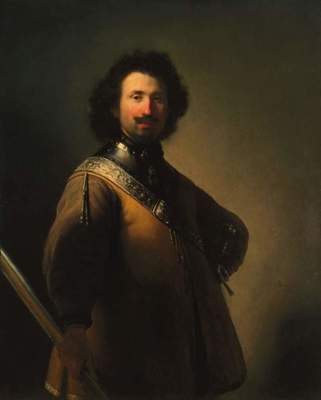 In the United States and throughout the world,  2019 marks “The Year of Rembrandt,” an exciting year during which museums across the world commemorate the 350th anniversary of Rembrandt’s death. In Amsterdam, Operation Night Watch takes place, the renovation of Rembrandt’s most famous painting, which is live streamed on the Rijksmuseum website.

“Rembrandt van Rijn is one of the Netherland’s most famous painters, and one of our first innovators. He is loved throughout the world, especially here in the US,” says Gerbert Kunst, consul general in San Francisco. “He developed himself into a universal artist, who continues to have an impressive impact throughout the world.”

Rembrandt’s masterful touch incorporated light into his paintings in a revolutionary manner. His use of contrast between light and darkness created an approach that draws the viewer into his paintings. Examples of this can be found in his famous “The Night Watch” (1642) and his self-portrait “Rembrandt Laughing” (1628). “The Year of Rembrandt” is an opportunity to explore Rembrandt’s artworks and learn more about his life and persona during the Dutch Golden Age. By analyzing his work, and by sharing stories about this fascinating and flourishing time of the Netherlands, he will be celebrated in a unique fashion.

For Joost Taverne, cultural attaché at the Consulate General in New York, the “The Year of Rembrandt” is the ideal moment for visitors to re-discover the extraordinary work of Rembrandt:  “The many events and exhibitions organized throughout the US prove the attraction Rembrandt and his works have. It is a great opportunity for people who are interested to learn more about the famous Dutch artist and the time in which he was living.”

In San Francisco, the Legion of Honor museum and the Consulate General of the Netherlands organized “An Afternoon with Rembrandt.” Besides the display of Rembrandt’s Joris de Caulerij, modern-day artists will share with the audience how Rembrandt influenced their work. Tatoo artist Ed Hardy has always been inspired by the early sketches of Rembrandt, while VR-artist Estella Tse re-created the Night Watch in Virtual Reality.

“This year, Rembrandt takes over the Netherlands,” says Consul General Kunst. “And I’m happy that we can bring the Year of Rembrandt to the US as well. In the summer with an event at the Getty Museum in LA, and now in San Francisco. Rembrandt is still very much alive and continues to inspire people.”

Next to the event in San Francisco, Rembrandt’s work can be admired in the Art Institute of Chicago, where the exhibition “Rubens, Rembrandt, and Drawing in the Golden Age” runs through January 5, 2020. This exhibition also features works by other famous Dutch artists like Hendrick Goltzius and Gerrit von Honthorst. It explores the development of drawing in the Netherlands in the 17th century and shows the many roles of drawing in artistic training, its preparatory function for works in other media, and its eventual emergence as a medium in its own right.

Moreover, the Ackland Art Museum in North Carolina, the only public university art museum in the United States to own a collection of Rembrandt’s drawings, exhibits seven of the artist’s drawings during a brief exhibition in October.

On October 20, the Saint Louis Art Museum opens “Dutch Painting in the Age of Rembrandt,” which will feature many of the subjects for which the Dutch are well-known, from landscape to still-lifes, portraiture to scenes of everyday life as well as paintings of biblical and mythological subjects.

For more information on the exhibitions in the US throughout Rembrandt Year 2019, you can take a look at our blog here.