The second edition of the Chicago Architecture Biennial (CAB) is the largest architecture and design exhibition in North America, showcasing the transformative global impact of creativity and innovation in these fields. This year there are four Dutch participants on view till January 7, 2018. 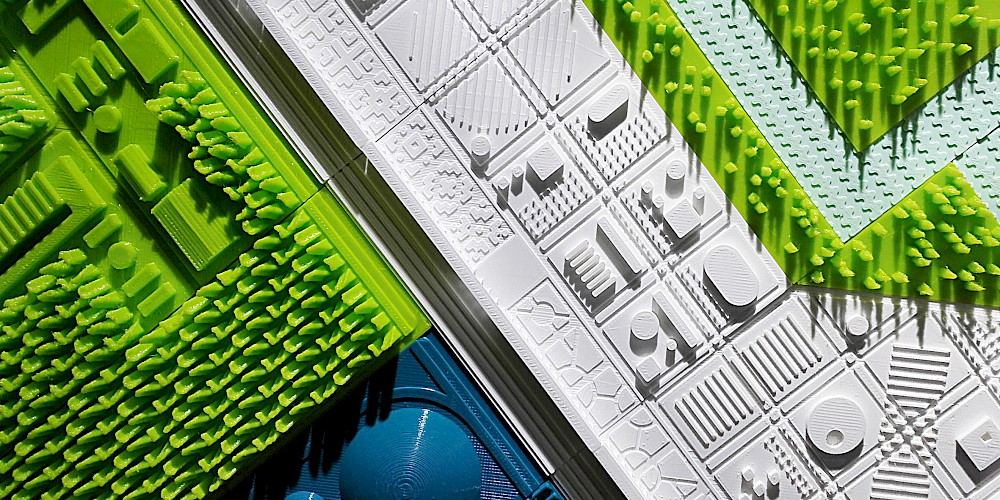 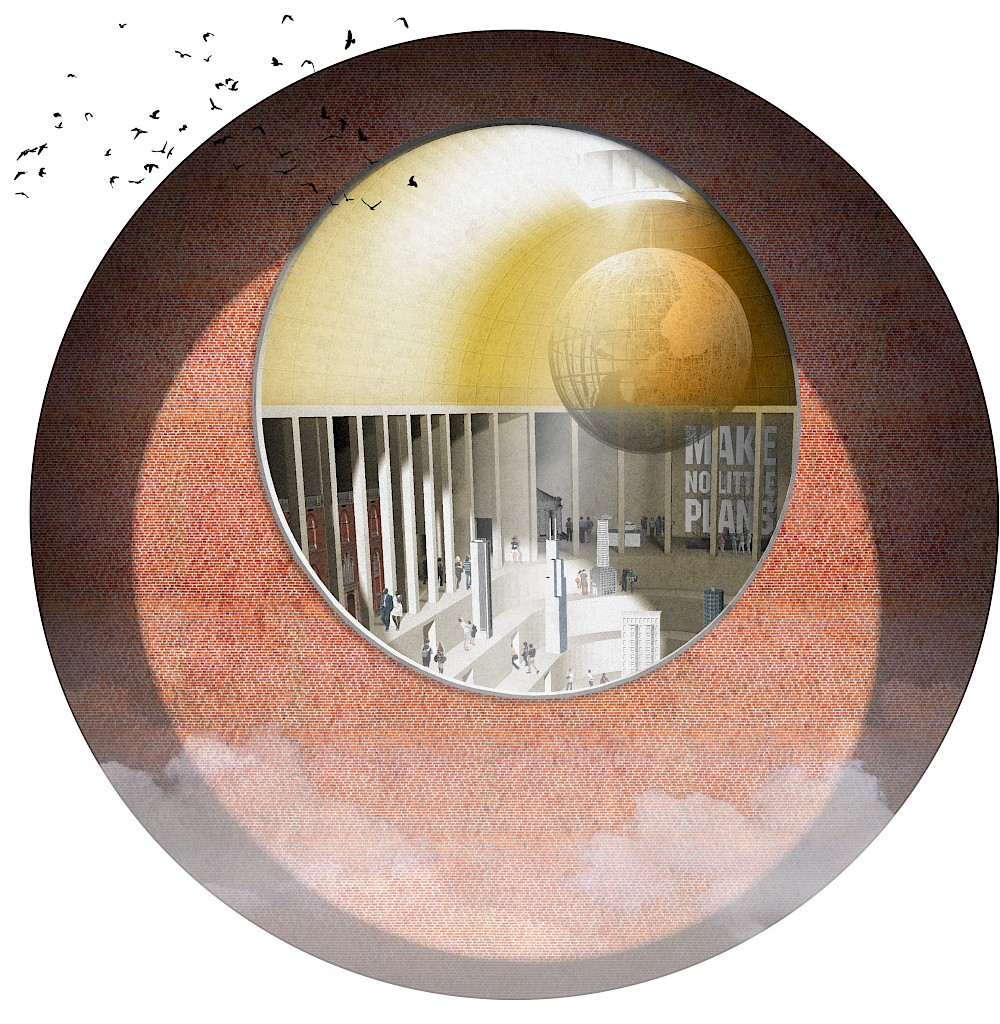 Monadnock is a Rotterdam-based practice producing architecture. Monadnock designs, researches, writes, and produces discourse in the fields of architecture, urbanism, interior, and staging, shifting in scale between the space of the city and the street to the scale of the interior. Monadnock was found in 2006 by Job Floris and Sandor Naus. Both founders were trained as interior and furniture designers during their studies at the Academy of Fine Arts St. Joost in Breda (NL) and subsequently graduated from the Academy for Architecture and Urbanism in Rotterdam and Tilburg. Monadnock received international attention for realizing tailor-made buildings, many of which are public. These include a beach pavilion on the River Maas, a huge installation called Make No Little Plans, and a landmark – or viewing tower – for the municipality of Nieuw Bergen (NL). Currently, Monadnock is involved in projects on several scales, including a new visitors’ centre for De Hoge Veluwe National Park (NL), a private tower residence, and two substantial housing projects. 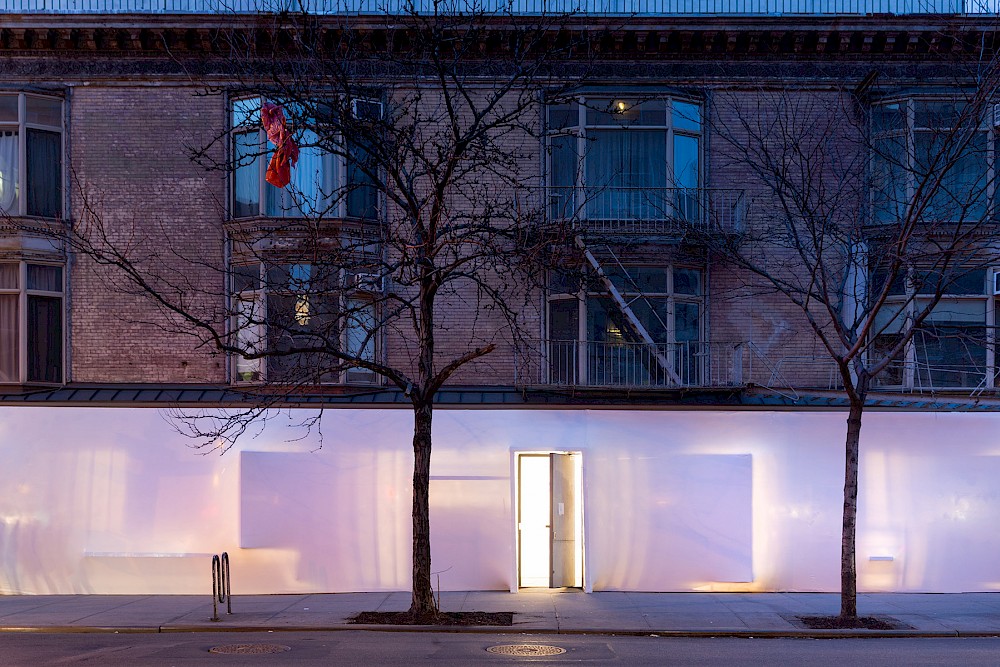 The Chicago Architecture Biennial has invited SO-IL and artist Ana Prvački to collaborate on an exploration of the relationship between our senses and our collective experience. Raising questions about the impact of progress on the wellbeing of our cities the team is focusing on the poetics of persistent human elements of within our lives. “The figure still dances and the heart still beats,” they remind us. Together, SO-IL and Prvački will use air-filtering meshes to construct an ensemble of wearable enclosures, titled L’air pour l’air. Part mask, part shelter, the enclosures are designed to be worn by musicians playing a composition for wind instruments by the composer Veronica Kraussas, which will debut during the Biennial’s opening week. Learning sessions scheduled throughout the run of the Biennial will provide further opportunities for the public to learn about the mask/shelter enclosures, which are inspired by the plants in the Conservatory’s natural mechanism for air filtration, and allow wind instrument players and singers to breathe freely. The combined performances and educational sessions will invite a diverse and intergenerational array of Chicago musicians into the complex ideas posed by the installation. Through their performance-based interactions with the wearable filtration enclosures the musicians will “clean the air that produces the music.” The public is invited to meditate upon the complex notions suggested by the collaboration, such as the relationship between purity and pollution, and the distinctions between self, objects and nature.

In conjunction with the second edition of the Chicago Architecture Biennial titled “Making New History,” SO – IL and artist Ana Prvački will debut a special project during the Biennial’s opening week. Titled L’air pour l’air, the project aims to ensure the continued legacy of street musicians as our cities’ atmospheres grow more polluted.

Inspired by the abundant plant life in the Garfield Park Conservatory, SO – IL and Prvački have created an ensemble of air-filtering mesh enclosures, designed to clean the air through breathing. Part mask, part shelter, the enclosures will be worn by an ensemble of saxophone, flute, trombone, and vocals from the Chicago Sinfionetta. Through performing an original composition, De Aere (concerning the air), by composer Veronika Krausas, the musicians will “clean the air that produces the music.” The installation and performance encourages its viewers to meditate upon the complex notions such as the relationship between purity and pollution, and the distinctions between self, body, objects, and nature.

Also on view is our installation Passage from the last edition of Chicago Architecture Biennial in 2015. This installation is one of the two legacy projects selected to remain on-site at the Chicago Cultural Center.

As part of the Art and Architecture Symposium for Expo Chicago, Florian Idenburg will join a panel discussion on architecture and photography’s mutual fascination with the tension between realism and abstraction. Moderated by architect and writer Jesús Vassallo, “Make New History: Photography in the Expanded Field of Architecture” will examine the creative practice of the panel members, including artists Luisa Lambri, Thomas Demand, and architect Adam Caruso. This event will take place on Friday September 15 from 3:30pm to 4:30pm. Florian and Jing will also have a conversation with Hilary Sample and Michael Meredith from MOS Architects on September 15 at 1:00pm. Hosted by James Graham, Director of Publications at Columbia GSAPP, and titled “Representation”, the panel will focus on their various methods of applying illustration — photography, diagrams, drawings, collage — as ways to experiment with the conventions of the monograph in order to reflect a personal design process within the context of architectural history and contemporary practice. 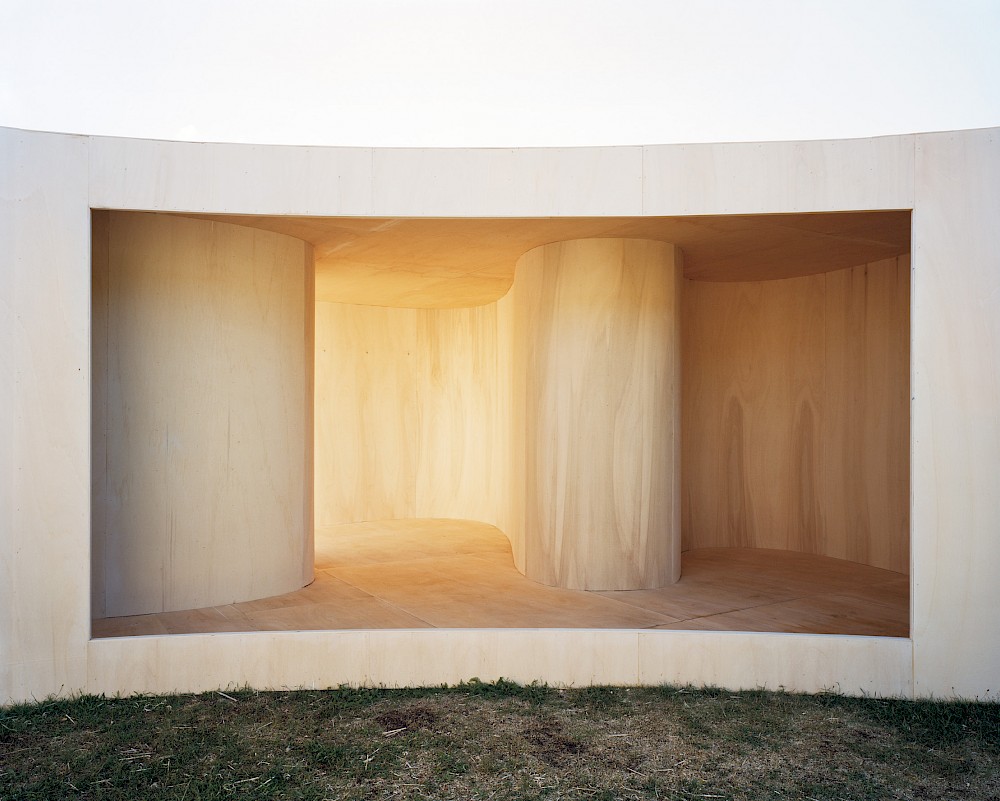 Anne Holtrop practices architecture between Amsterdam and Bahrain. His work ranges from models to temporary spaces and buildings. In 2015, the first two major buildings—the Museum Fort Vechten and the National Pavilion of the Kingdom of Bahrain—were completed. In 2016, Anne Holtrop co-curated and designed the Bahrain Pavilion at the Venice Architecture Biennial: Places of Production, Aluminium. The studio is currently working on the conservation and new additions of fourteen historic buildings in Muharraq and Manama including the redevelopment of the public streets and squares of the Sheikh Ebrahim Center. He is currently guest professor at the Accademia di Architettura di Mendrisio in Switzerland. For his practice, Anne has been awarded several grants from the Mondrian Fund. For his practice he has been awarded several grants from the Mondrian Fund, as well as receiving the Charlotte Kohler Prize for Architecture from the Prins Bernhard Cultuurfonds in 2007. We won the prestigious Iakov Chernikhov International Prize 2014. The 2G monograph series dedicated its seventy-third issue to Studio Anne Holtrop.