For all of 2017, Constant Dullaart will be artist in residence at ISCP

On January 1st 2017, Constant Dullaart became artist in residence at International Studio & Curatorial Program (ESCP) in New York. He will be there throughout 2017. Dullaart’s practice reflects on the broad cultural and social effects of communication and image processing technologies. He is known for his work series Jennifer in Paradise, and for distributing 2.5 million bought Instagram followers. In doing so, he distributed artificial social capital. Dullaart was the winner of the Prix Net Art in 2015 and chosen as a staff-pick Kickstarter campaign for a start-up called Dulltech™.

April 21, from 6-9PM, there is an opening reception at ISCP to see the work of the artists in residence.

Rather than creating works from the ground up, Constant Dullaart relies on existing frameworks, websites, search engines, and the like, treating them as “found objects” on which he enacts distortions and witty reconfigurations. With a practice focused on visualizing internet vernaculars and software dialects, a political approach critical to corporate systems influencing these contemporary semantics becomes clear through his minimal and sometimes bricolaged gestures. Editing online forms of representation, and the user’s access to it, he creates installations and performances online and offline. Rather than seeking merely to write a book to be placed on a library shelf, so to speak, Dullaart is interested in animating the very concept of the library itself. 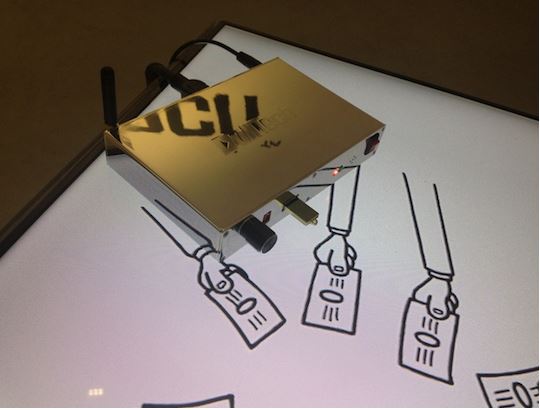 The International Studio & Curatorial Program supports the creative development of artists and curators, and promotes exchange through residencies and public programs. ISCP organizes exhibitions, events and offsite projects, which are free and open to all, sustaining a vibrant community of contemporary art practitioners and diverse audiences. With an International Residency Program and Ground Floor Program for New York City-based artists, ISCP strives to establish a global network of exemplary artists and curators. Tailored for professional growth, the programs serve as an active mediator, creating visibility and immersion for all of its residents in New York City. ISCP’s programming is conceived to facilitate dialogue and collaboration.