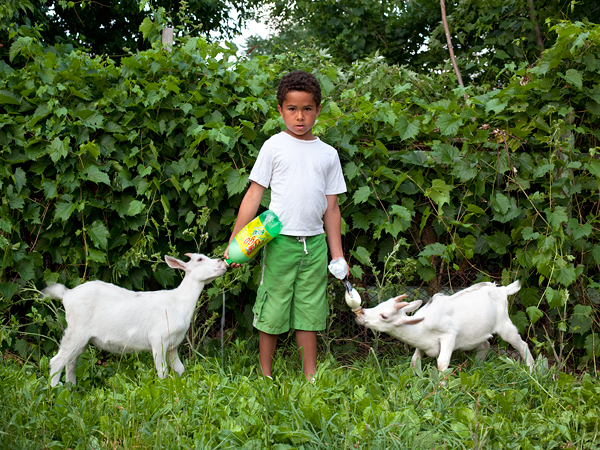 The Detroit Institute of Arts presents "Foto Europa," a group exhibition with work by Corine Vermeulen

The Detroit Institute of Arts presents “Foto Europa: 1840 to the Present” a group exhibition with work by among others Corine Vermeulen from October 25, 2013 until April 27, 2014.

Europe saw the birthplace of photography in France in 1839. Since then the continent has continued to be a center for progressive ideas and experimentation with the “foto”—photo in German. European artists and photographers have helped establish the medium as a serious form of creative expression, defining and redefining the position of photography within the larger world of art.

This exhibition features works of art from some of most Europe’s most well-known artists and photographers including Julia Margaret Cameron, Eugène Atget, HenriCartier-Bresson, Robert Frank, Christian Boltanski and Gerhard Richter among others. The exhibition also features several new acquisitions featuring work by Wolfgang Tillmans and Bernd and HIlla Becher.

Drawn mostly from the DIA’s permanent collection, Foto Europa examines aspects of the long and prestigious history of European photography primarily in France, Germany and Great Britain, regions where photographic practice has flourished.

This exhibition was organized by the Detroit Institute of Arts.

About Corine Vermeulen
Corine Vermeulen is a Dutch photographer who settled in Detroit in early 2006. A winner of the 2009 Kresge Artist Fellowships, she recently completed two long-term projects: ‘Your Town Tomorrow’ (2007- 2012) which documents Detroit’s shifting social and geographic ecologies, and ‘Medellin’ (2009- 2012) which explores present-day conditions in the city of Medellin, Colombia.