October 4th to 6th, Dood Paard presents Art (Kunst) by Yasmina Reza at the Crossing the Line Festival in New York, NY. Tickets start at $20, you can find them here.

Serge, Mark, and Ivan have been friends for fifteen years. Serge is partial to buying modern art. Mark isn’t. Ivan’s not quite certain. Serge buys a white painting for €60.000,-. Mark makes it obvious he finds this ridiculous. Ivan is caught between the two, tries to pick up the pieces, and in the meantime paints a couple himself. The question is, will their friendship survive?

Yasmina Reza (1959) is a French writer and actor. Her father was a Jewish-Iranian engineer of Russian origin, her mother a Jewish-Hungarian violinist. ‘Art’, her most well-known play, was premiered on 28 October 1994 in Paris and that same year won the ‘Moliere’ prize for best author, best play and best production. The play has been translated into thirty languages. It is above all a brilliant tragic comedy, but today’s increasingly cynical neoliberal discourse about the relevance of art and culture makes the text frighteningly relevant.

When is art art?
What should it cost?
Is it relevant that a country spends money on art?
Should your hobby be subsidized?

In the 24 years since Dood Paard was founded, this theater collective has developed its own style of theatre. First and foremost, Dood Paard’s approach is an expression of how its members work together and how they perceive the world around them. It can most easily be characterized through tangible components such as Kuno Bakker’s logo-like poster designs, the group’s montage approach to set and costume design, and the actors’ openness to their live audience.

But Dood Paard’s theatre is actually the expression of a mentality that has everything to do with autonomy, and each performance is an explicit attempt on the part of the actors to relate to the world in the here and now. In a Dood Paard play, group behavior is a matter of clearly signaled agreements: the actors continually change their clothes, they pretend that they are having a meeting, they make the audience feel as welcome as possible, and they never leave the stage. But in each production, and behind each pair of costume glasses, the actors always remain tangibly, visibly, individual personalities.

Every action taken and line spoken is directed at sharpening the actor-maker’s mind, and by extension the spectator’s. Whether it is a play by Shakespeare, a script by Rob de Graaf or a self-assembled text, the questions being posed remain the same: what do we know, what is our situation, and what do we think?

Crossing the Line is an international arts festival for New York City produced by the French Institute Alliance Française (FIAF) in partnership with leading cultural institutions. 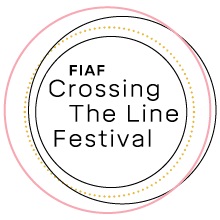 Since its inauguration in 2007, Crossing the Line has cultivated an increasingly large and diverse following, and received numerous accolades in the press including “Best of” in The New York Times, Wall Street Journal, The New Yorker, Time Out New York, Artforum, and Frieze. Festival performances have earned Obie and Bessie awards.