A variety of 28 images are displayed, including pictures of Dutch scenery. The photo blocks are made entirely by hand out of European Plywood. The Individual blocks are treated with care and attention to detail. The squares are cut, sanded, drilled with a little mounting hole, and then triple varnished in the workshop. Each ink-jet image has been professionally printed on archival luster paper.  The two are then permanently joined together with the use of a dry mount press. 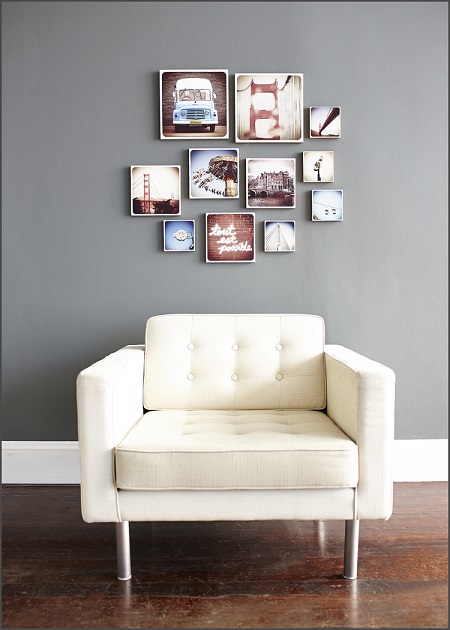 Born in Holland, Alfred Peet grew up in the coffee trade and moved to America after World War II. Shocked by what the U.S. called coffee, Mr. Peet opened the first Peet’s Coffee and Tea store on April 1, 1966. His style of coffee was unlike anything Americans had ever tasted before; small batches, fresh beans, superior quality, and a dark roast produced a coffee that was rich and complex.

By 1969, Peet’s Coffee and Tea had become a gathering place for coffee devotees, called Peetniks, and a magnet for other artisan food crafters. The World’s first ‘foodies’ congregated in the storefronts around Peet’s Coffee and the area soon had a name; ‘The Gourmet Ghetto.’ The artisan coffee movement was beginning to gain ground. Alfred Peet’s influence continued to grow as he inspired a new generation of coffee entrepreneurs, including the founders of Starbucks.