The opening of ADE marks the release date of Dutch journalist Mark van Bergen’s new book “Dutch Dance: 1988-2018” about the history of the Dutch dance scene. 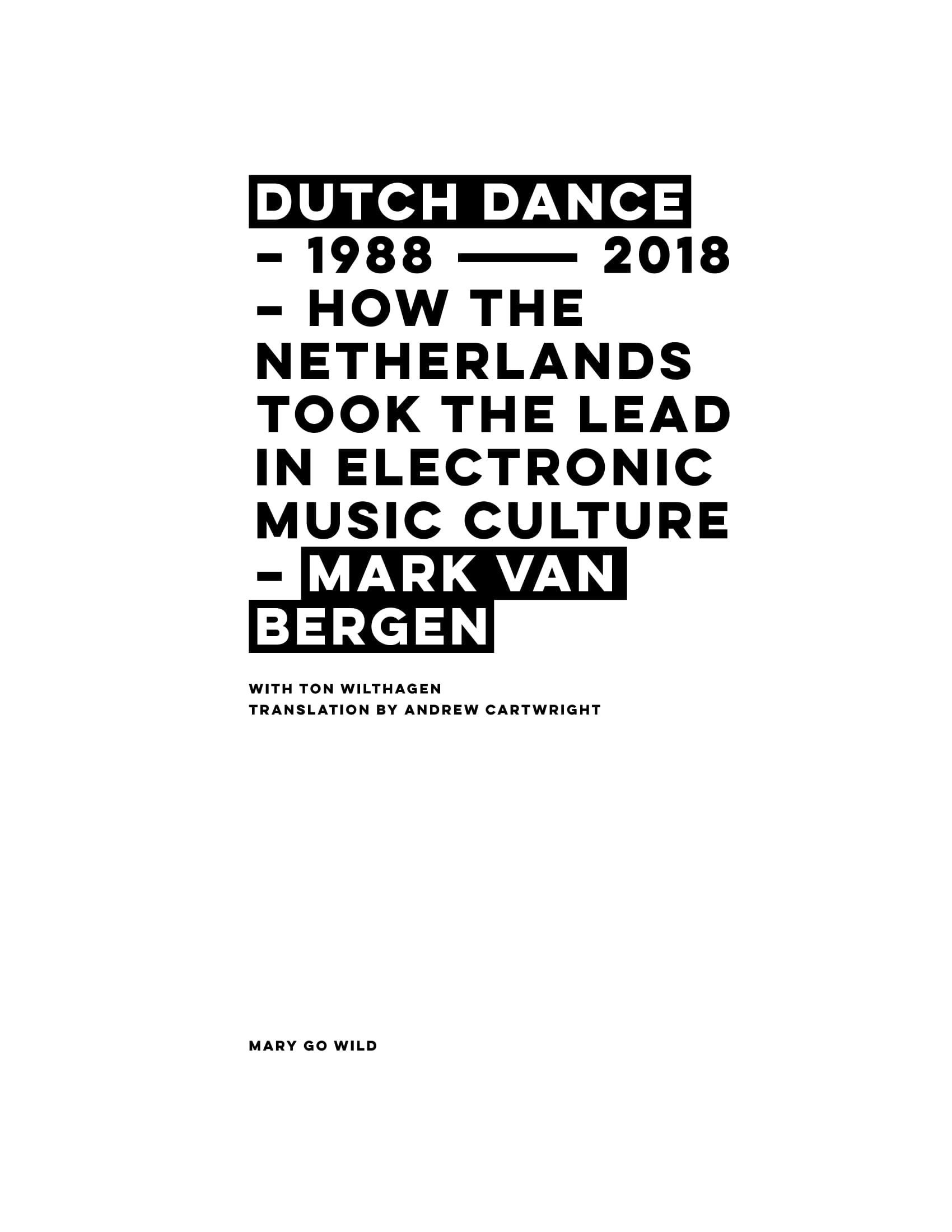 Dutch Dance is the first and most complete English language history of the rise and growth of the world dominating Dutch electronic dance music industry and culture. This entertaining, well-researched, informative and richly illustrated musical odyssey includes interviews with key players, hilarious anecdotes and fun facts, and is illustrated with exclusive, striking photos from the archives of MARY GO WILD.

The story begins in September 1988, when house music was being introduced on the dancefloors in Amsterdam by US and UK DJ/producers who for the first time found a receptive audience for their (acid)house music style. The Netherlands, a hedonistic and freethinking nation, helped to accelerate the new subculture in an unrestrained cocktail of artists, music, parties, festivals and not in the last place the love drug XTC. After thirty years, The Netherlands is still at the vanguard of this world-wide cultural phenomenon. Dutch Dance chronologically documents all the steps in this expansion, providing a wealth of information, interviews, pictures, party flyers, and portraits. It explains how the mix of socioeconomic circumstances, creativity, commercial instinct, talent, work ethics and liberal government policies, provided the fertile ground for electronic dance music to flourish. This book documents all the major players, venues, cities and styles involved in this incredible cultural history. 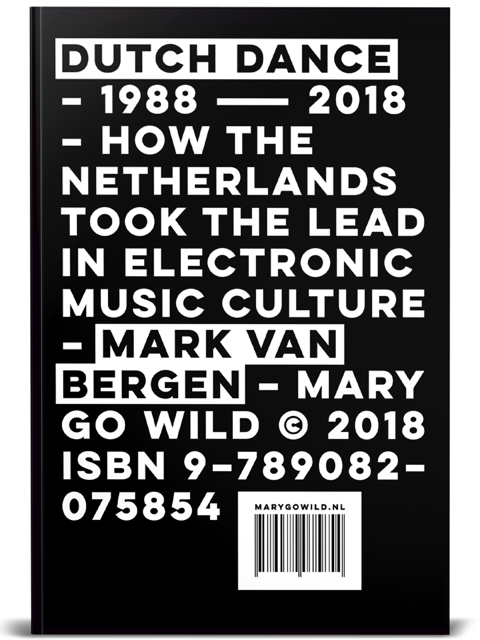 Mark van Bergen (1975) is journalist and university lecturer specialized in electronic dance music and its industry. He runs the Dutch Dance Industry Lab at Fontys Academy for Creative Industries in Tilburg and is founder/editor-in-chief of dance music platform Thisisourhouse.nl. His first book on the Dutch Dance scene was published in 2013 and won the Pop Media Award, the most important award for music journalism in The Netherlands. This is his fourth book project. Also contributing to this book are professor Ton Wilthagen (Tilburg University) and his colleague Andrew Cartwright, who has provided the translation.