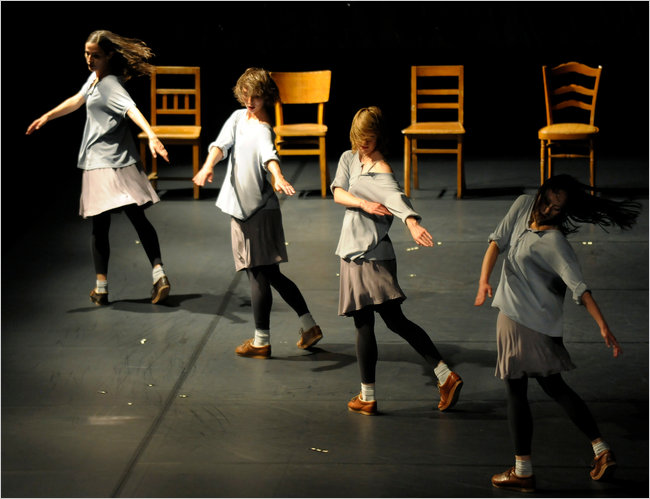 This week, the Belgium-based dance company Rosas of choreographer Anne Teresa De Keersmaeker, revisits four of her iconic early works —Fase, Four Movements to the Music of Steve Reich (1982); Rosas danst Rosas (1983); Elena’s Aria (1984); and Bartók/Mikrokosmos (1987), with live music by Ictus—each a seminal event in the development of one of contemporary dance’s greatest personalities and as exciting and striking today as they were at their premieres. The performances are part of the Lincoln Center Festival, which runs from July 7th through August 16th.

The Dutch dancer Cynthia Loemij can be seen performing in the piece “Bartók/Mikrokosmos” on July 15th and 16th. Cynthia has been a member of Rosas since 1991. She has been involved in the creation of numerous works for the company, including Mozart/Concert Arias,Drumming, Quartett (a duet with Frank Vercruyssen), In Real Time, Rain and Small hands (a duet with Anne Teresa De Keersmaeker), Raga for the Rainy Season /A Love Supreme, Zeitung, and En Atendant.