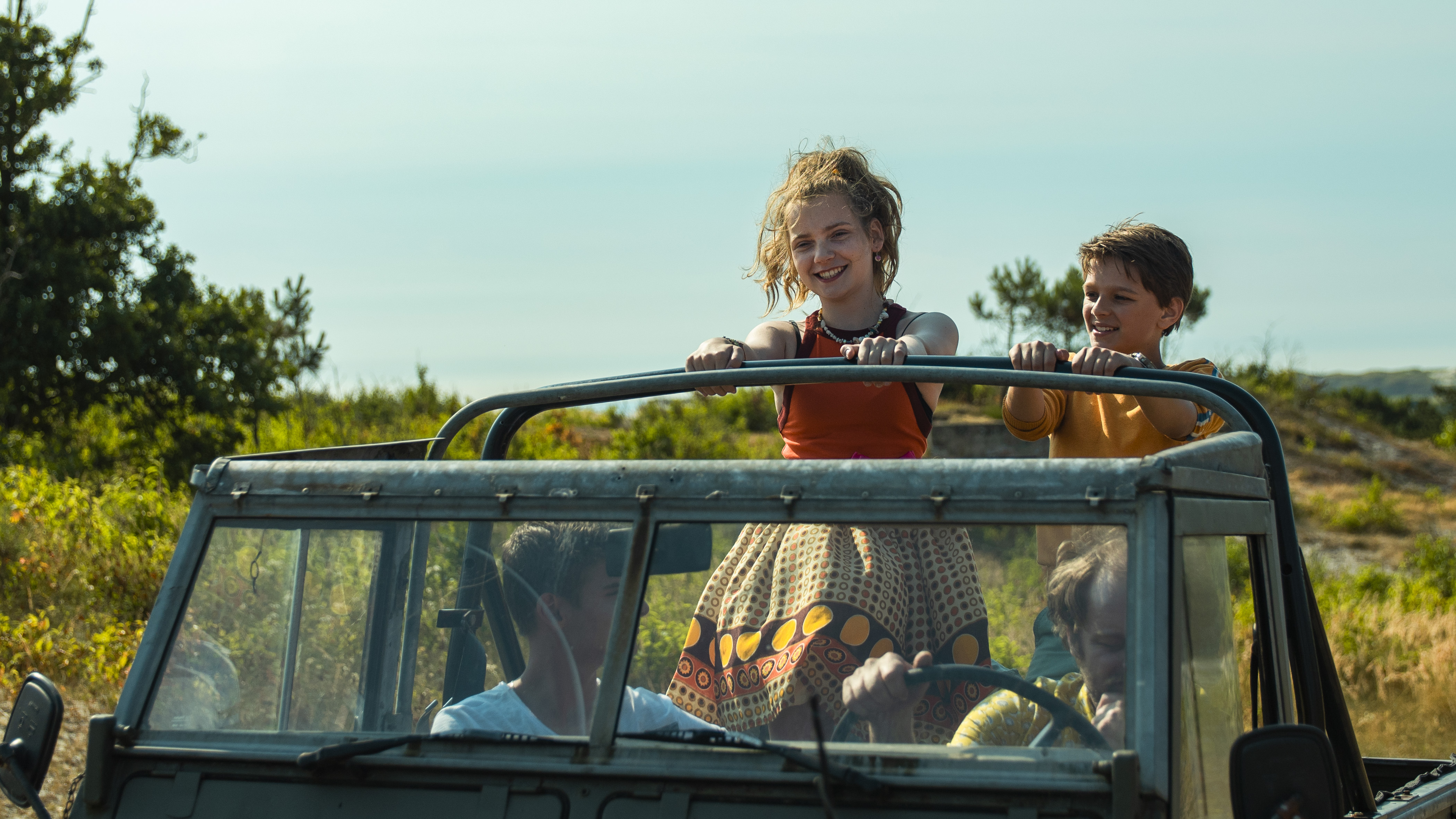 Closing out its annual festival’s top slate of international films culled and curated from thousands of productions from around the globe, the New York International Children’s Film Festival (NYICFF) announced this year’s awards selected by its Oscar®-qualifying jury and top-ranked films voted on by the festival’s over 25,000 attendees. 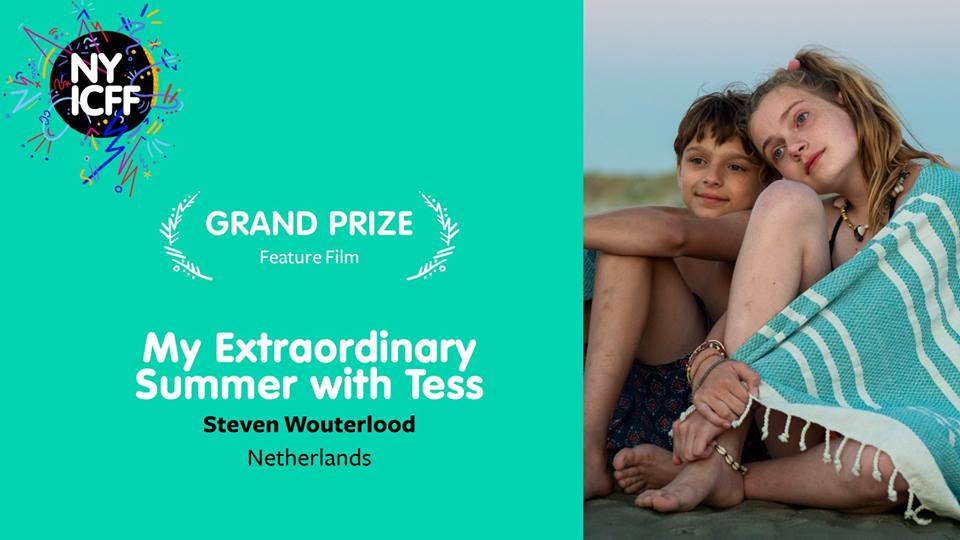 Grand Prize Awards were announced for the short film and feature film that received the top votes from all NYICFF audience members. NYICFF’s Grand Prize Feature Film Award was presented to My Extraordinary Summer with Tess (Netherlands), directed by Steven Wouterlood. NYICFF’s international premiere of the film came on the heels of the film’s world premiere at the Berlinale, where Tess also received special recognition. A warm and poignant film of “surprising emotional depth. . . based on a prize-winning novel by Anna Woltz, a beloved Dutch writer of work for young readers, it explores family relationships and emphasizes the importance of human connection.” (Variety)

A NYICFF Grand Prize Feature Special Mention was also accorded to NYICFF’s opening night film The Boy Who Harnessed the Wind (UK/Malawi), Chiwetel Ejiofor’s directorial debut. The film received extremely enthusiastic marks by NYICFF audiences and made its East Coast premiere prior to its March 1st launch on Netflix.

Executive Director Nina Guralnick said “Rarely has NYICFF seen an audience react so enthusiastically and unanimously for its top awards; the votes are a testament to the strength of both feature films and their ability to resonate with audiences of all ages.” Programming Director Maria-Christina Villaseñor added “We take enormous pride in our role as curators, helping to bring outstanding films to audiences and underscoring that parents and kids are savvy viewers that appreciate offerings beyond the standard family fare. Great films and filmmakers often offer a compelling point of entry for young viewers to their storytelling whether productions were conceived with that audience in mind or not. We guide both industry and audiences to this fact.”

NYICFF’s mission to promote and advocate for distribution and easy access to high-caliber international films for young audiences is a calibrated balance between helping family audiences discover titles, such as The Boy Who Harnessed the Wind, and helping outlets find outstanding international productions, such as My Extraordinary Summer with Tess. In identifying and advocating for talented filmmakers and innovative, meaningful storytelling for a young audience that doesn’t lack for sophistication, NYICFF each year brings awareness of the best in the field to new viewers and industry internationally, connecting films and audiences, supporting distribution deals, and driving awareness of international titles to US and new country markets.

NYICFF Audience awards, presented to short films, were determined by the votes of audience members in five different age ranges. The Grown-Ups Award (chosen by the 18+ audience members) was given to the Dutch short film A Kiss. 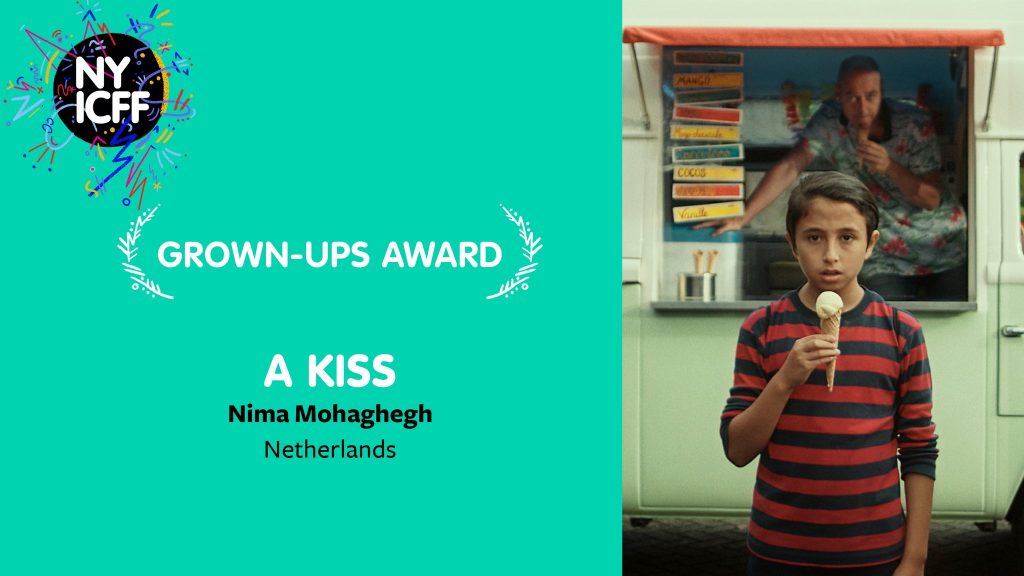 Another short film, Polska Warrior, was nominated for the Audience Award (ages 8-14). 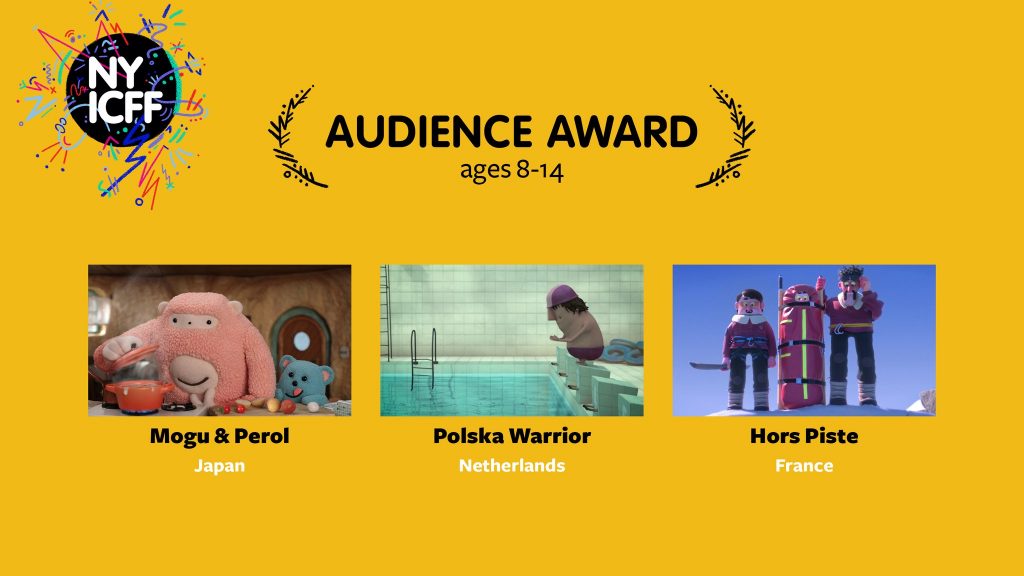