From November 16 until March 20, the Cantor Arts Center exhibits 'The Wonder of Everyday Life: Dutch Golden Age Prints' at Stanford

From November 16 until March 20, the Cantor Arts Center at Stanford University exhibits ‘The Wonder of Everyday Life: Dutch Golden Age Prints’, featuring prints by Rembrandt van Rijn and his Dutch peers. The approximately 55 works on view, were created during an extraordinary moment in the history of prints, when unprecedented economic prosperity and patronage elevated printmaking in the Dutch Republic during the 17th century, an era known as the Golden Age. While art imported from southern Europe and Dutch colonial outposts in Asia saturated the burgeoning market, newly wealthy collectors also demanded contemporary Dutch prints. Rembrandt and his peers responded with traditional biblical and mythological subjects, but also with familiar landscapes and character studies inspired by daily life. The artists held up a mirror to society, enabling the Dutch to contemplate their identity and values during a time of tremendous change. The resulting images are as psychologically engaging as they are beautiful. A hallmark of Golden Age prints is the emphasis, bordering on obsession, placed on depicting the material world. The images were often imagined scenes composed in the studio from previously observed vignettes. However, they so closely capture the details of Dutch culture, they almost feel like direct documentation. What’s more, the small scale of many prints meant that the viewer must physically engage with them, hold them close, feel the paper and smell the ink. These works inspired the public to regard visual art as capable of rivaling poetry at describing complex sensory and emotional experiences and helping people navigate spirituality’s role in a modern and affluent society.

Works in the show include portraits and self-portraits by Rembrandt that demonstrate how he revolutionized etching, using it with the intimacy and directness generally associated with drawing. Figure studies, such as Rembrandt’s well-known work ‘The Pancake Woman’ and Adriaen van Ostade’s ‘The Knife Grinder’, represent various trades and social types, and give descriptive attention to clothing and naturalistic gestures. A landscape Rembrandt created in 1641 captures the traditional architecture and the ways people lived in the areas outside Amsterdam, while landscapes by Anthonie Waterloo and Reinier Nooms demonstrate the Dutch fascination with manipulating light and dark to create visual drama. 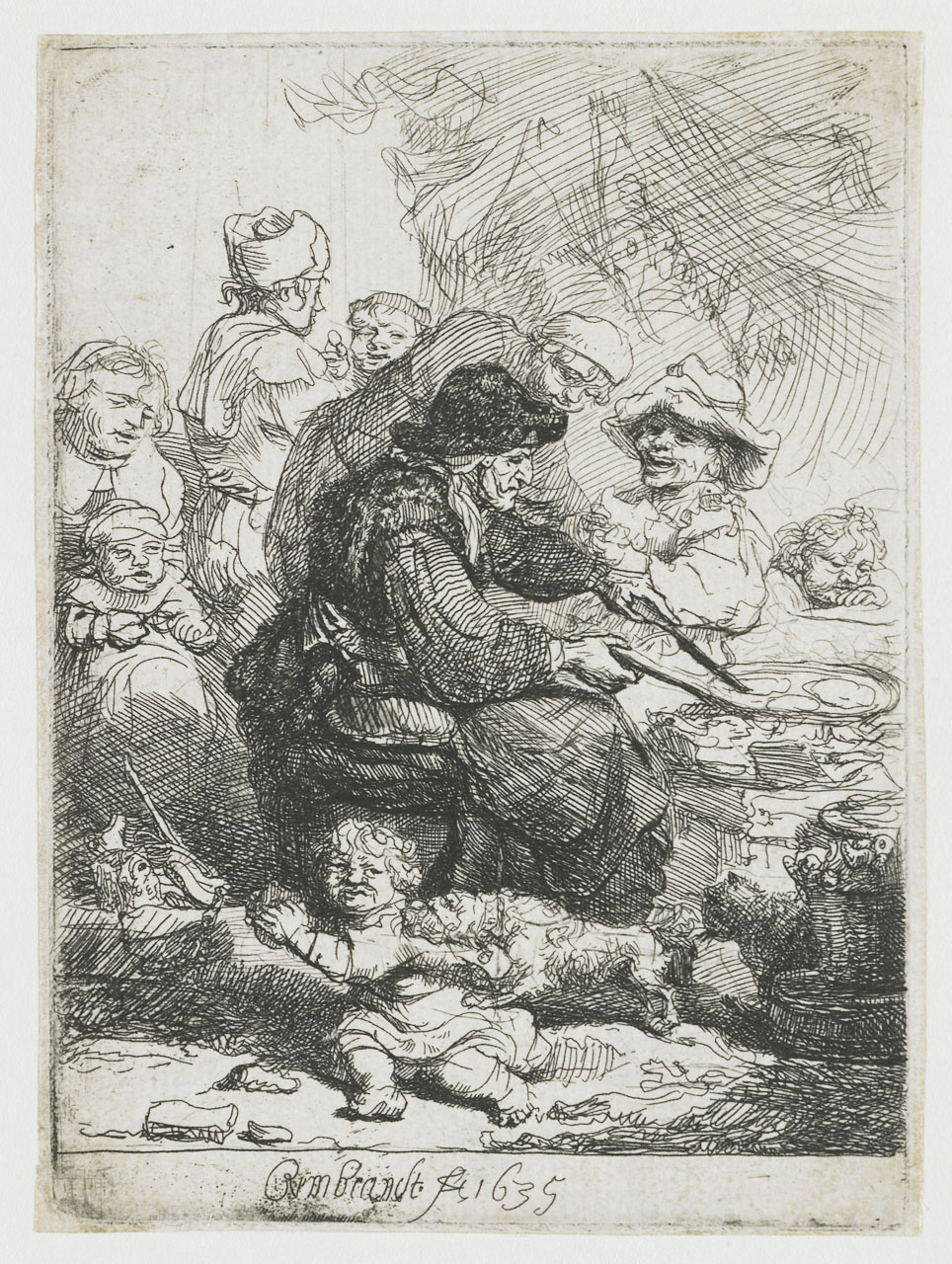 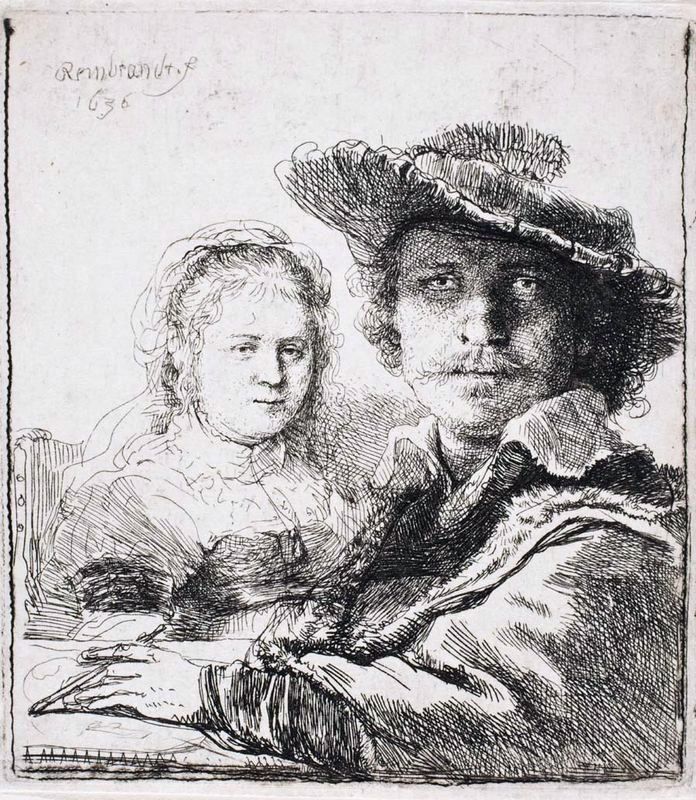 Prints depicting disasters, which were very popular during the Golden Age, are also on display. Such images documented actual or imagined events while implying the thrill of disorder and danger, but at a safe distance. In an economy oriented around trade, the anxiety underpinning an image of men rescuing a ship in peril, such as Reinier Nooms’s ‘Beached Ship’, would have resonated with sailors and merchants.

The exhibition’s religious subjects include Rembrandt’s ‘Joseph Telling His Dreams’, wherein the artist used closely observed facial expressions and gestures to make the biblical narrative feel familiar and relatable. Rembrandt depicted the figures surrounding Joseph with a casual ease that echoes the interactions seen in the tavern scenes and other genre pictures on view in the exhibition. In ‘The Star of the Kings: A Night Piece’ Rembrandt drew inspiration from Italian, Flemish, and French Baroque painting, enhancing the psychological tension in the image by punctuating darkness with glimpses of bright light. The viewer’s attention is directed toward the somber faces of the participants in a Twelfth Night celebration preceding the Epiphany feast day, making this unremarkable event seem both humble and monumental. 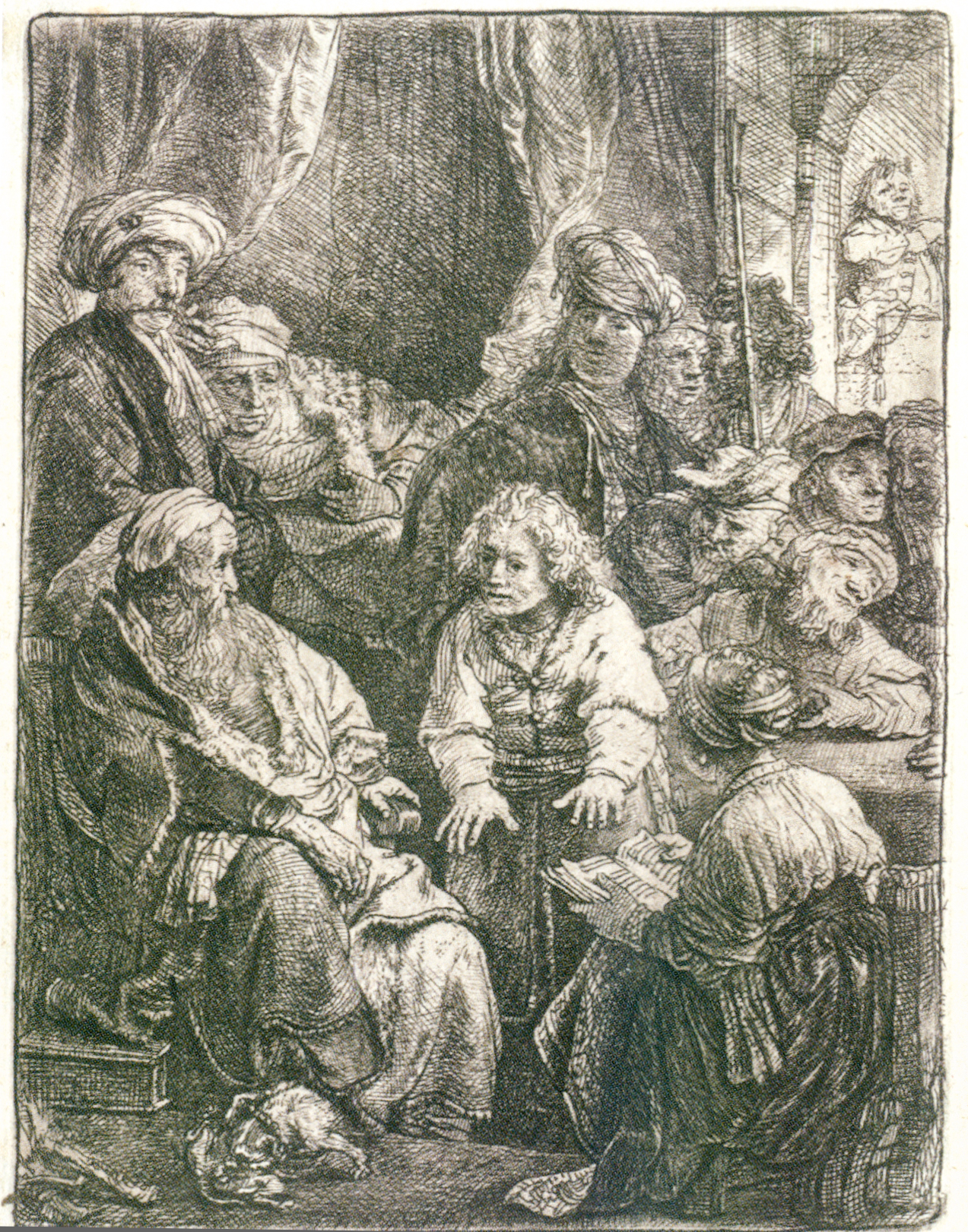 In addition to the exhibition, the Cantor Arts Center will organize a Gallery Talk with curator Elizabeth Mitchell on November 17 (6:00 PM) in the Halperin Gallery.