Eric Basstein’s “Made to Stay” at Jonathan LeVine Projects 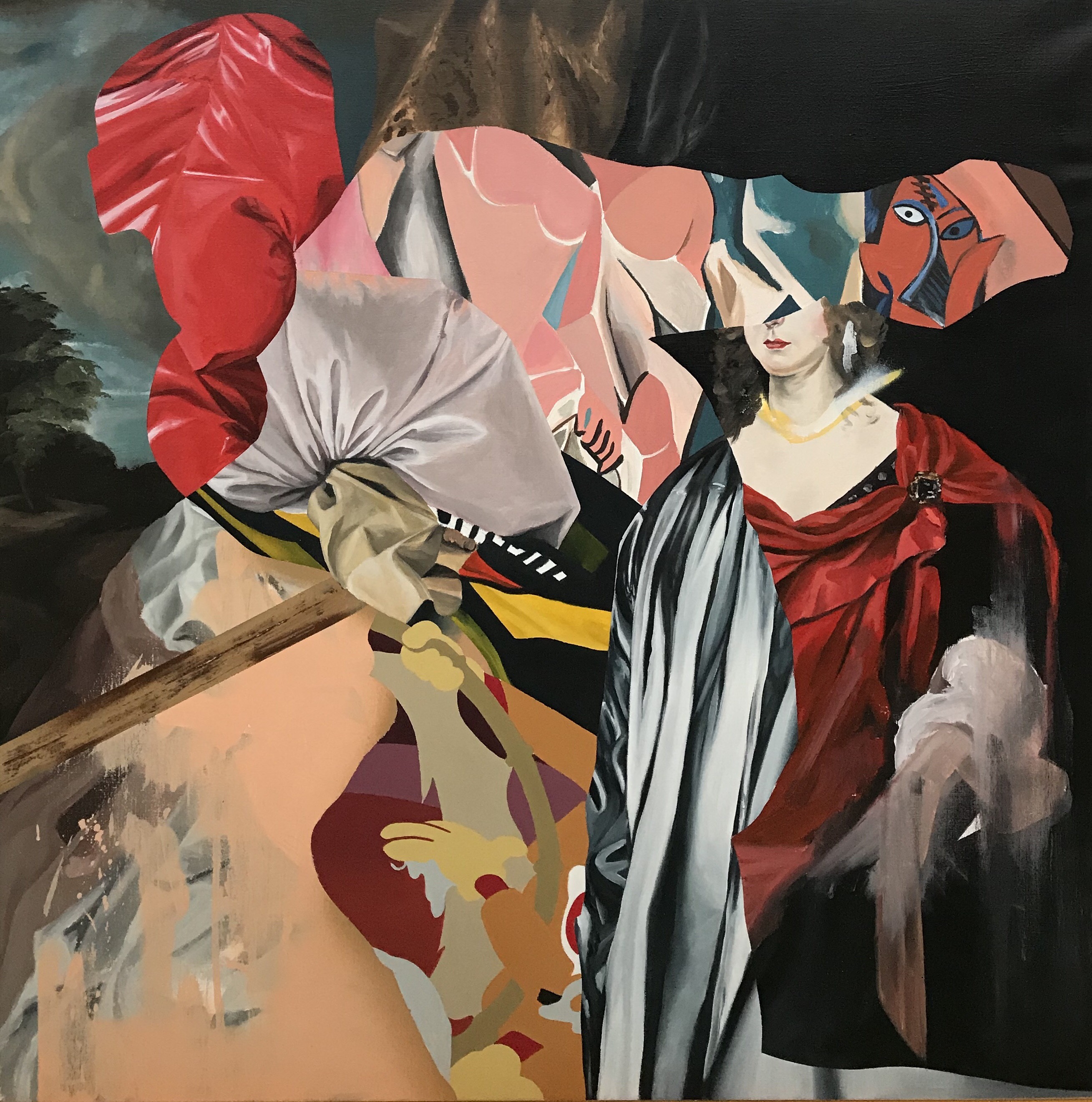 From October 14 to November 11 the exhibition "Made to Stay" by Eric Basstein will be on view at Jonathan LeVine Projects in Jersey City, NJ.

From October 14 to November 11 the exhibition “Made to Stay” by Eric Basstein will be on view at Jonathan LeVine Projects in Jersey City, NJ.

Jonathan LeVine Projects is pleased to present Made To Stay, a solo exhibition of new work by Dutch artist Eric Basstein in what will be his debut solo show at the gallery. 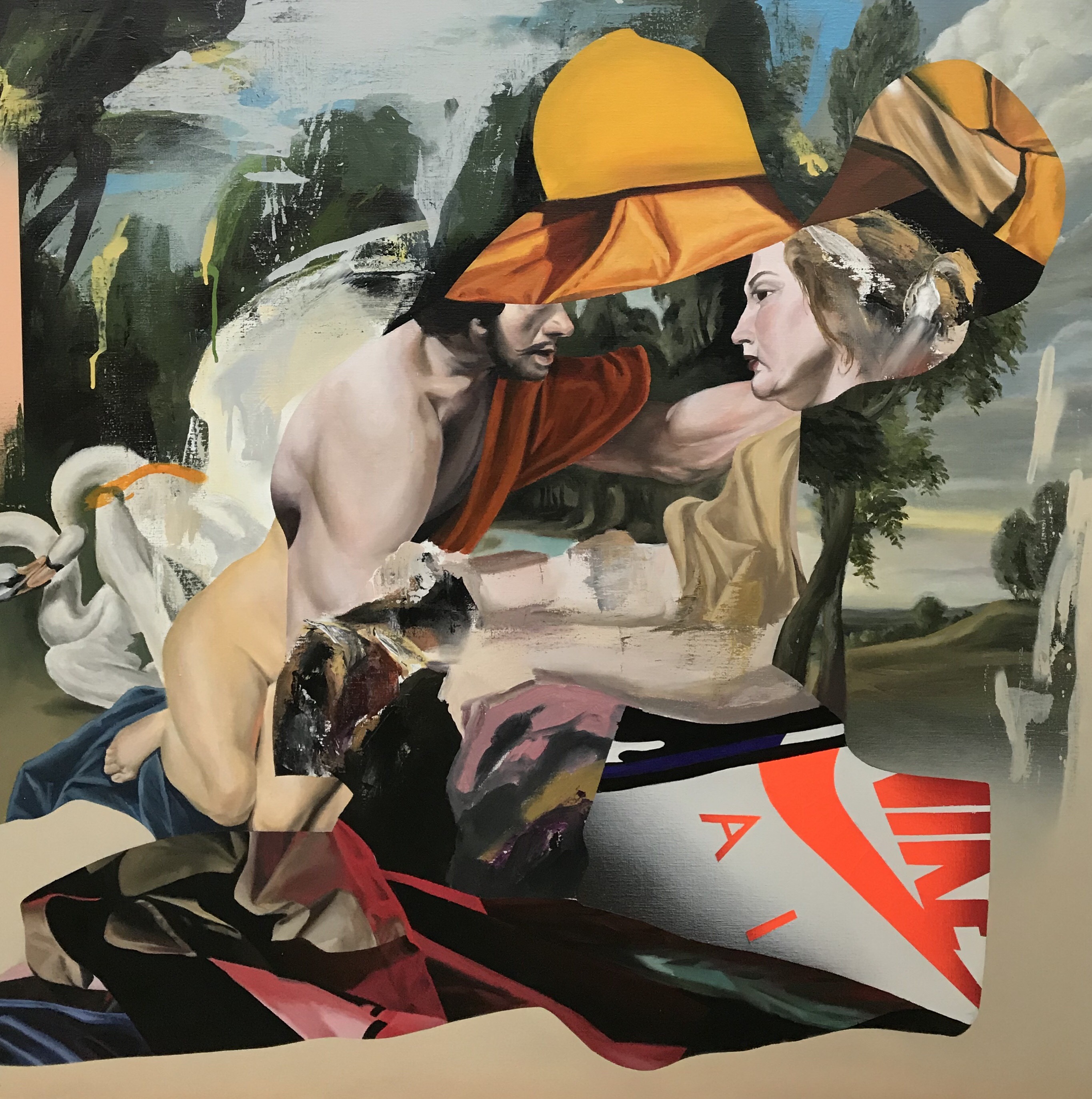 “One of the biggest challenges facing a painter and his paintings is the test of time. Does it last, will it leave a mark, is it made to stay or will it fade away?” –Eric Basstein

Basstein’s paintings blend contemporary and historical references to create bold compositions that transcend figuration. Anthropomorphic silhouettes, which for this new body of work are taken from stills of ice hockey players, are overflowing with pop culture iconography, creating a collage-like composition that blur the line of abstraction. Basstein is fascinated by the parallels between art and music, influenced by the likes of Velasquez, Caravaggio and Francis Bacon, as well as hip-hop by A Tribe Called Quest, MF Doom and Madlib. Similar to the way modern music is created by combining samples, paintings are constructed by building layers of imagery. Basstein’s process mimics this approach by appropriating and merging imagery from fashion magazines with comic illustrations and subjects from classical paintings. The end result is a graphic fusion of elements that play with perspective and society’s connection to popular culture. 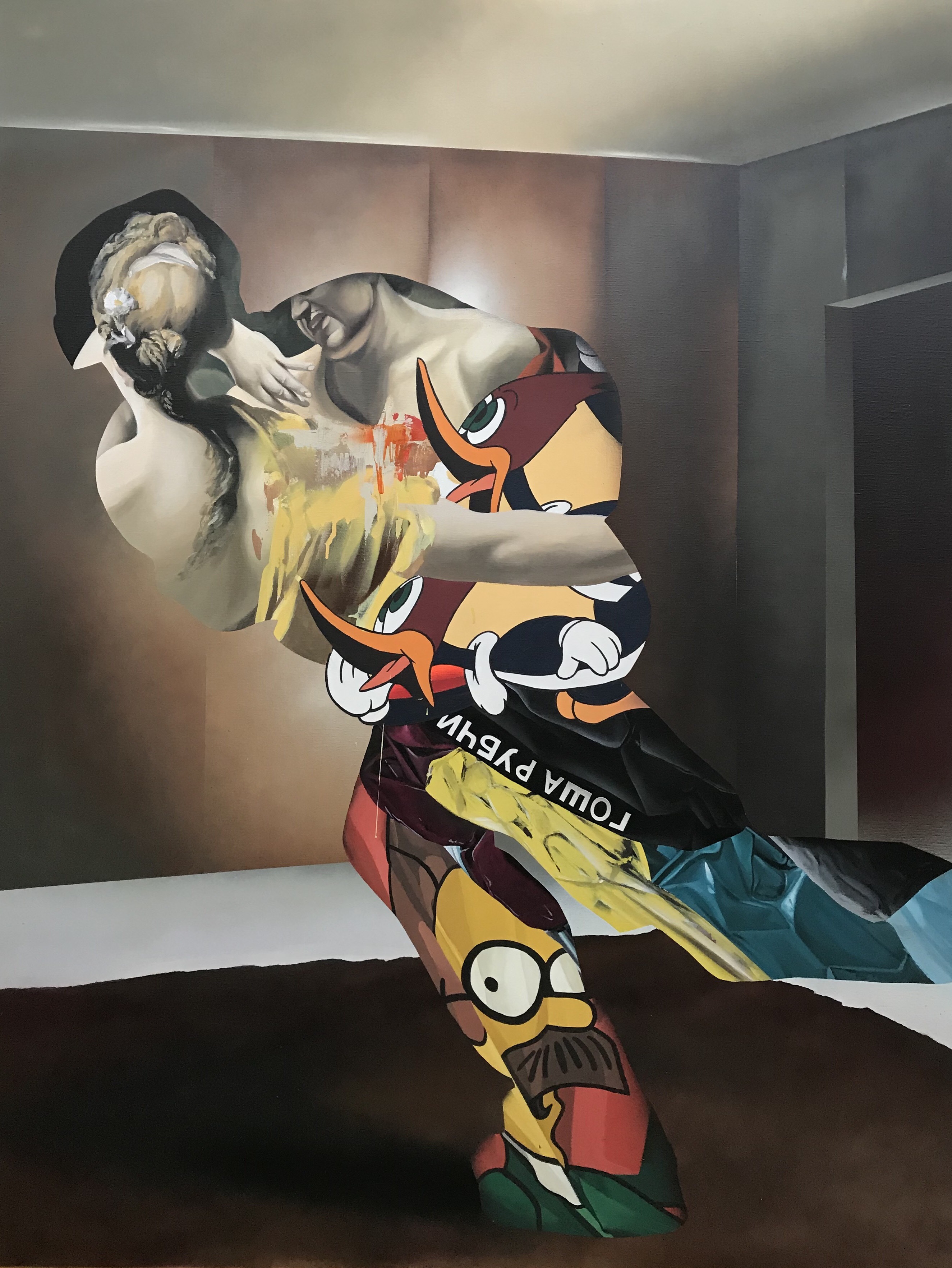 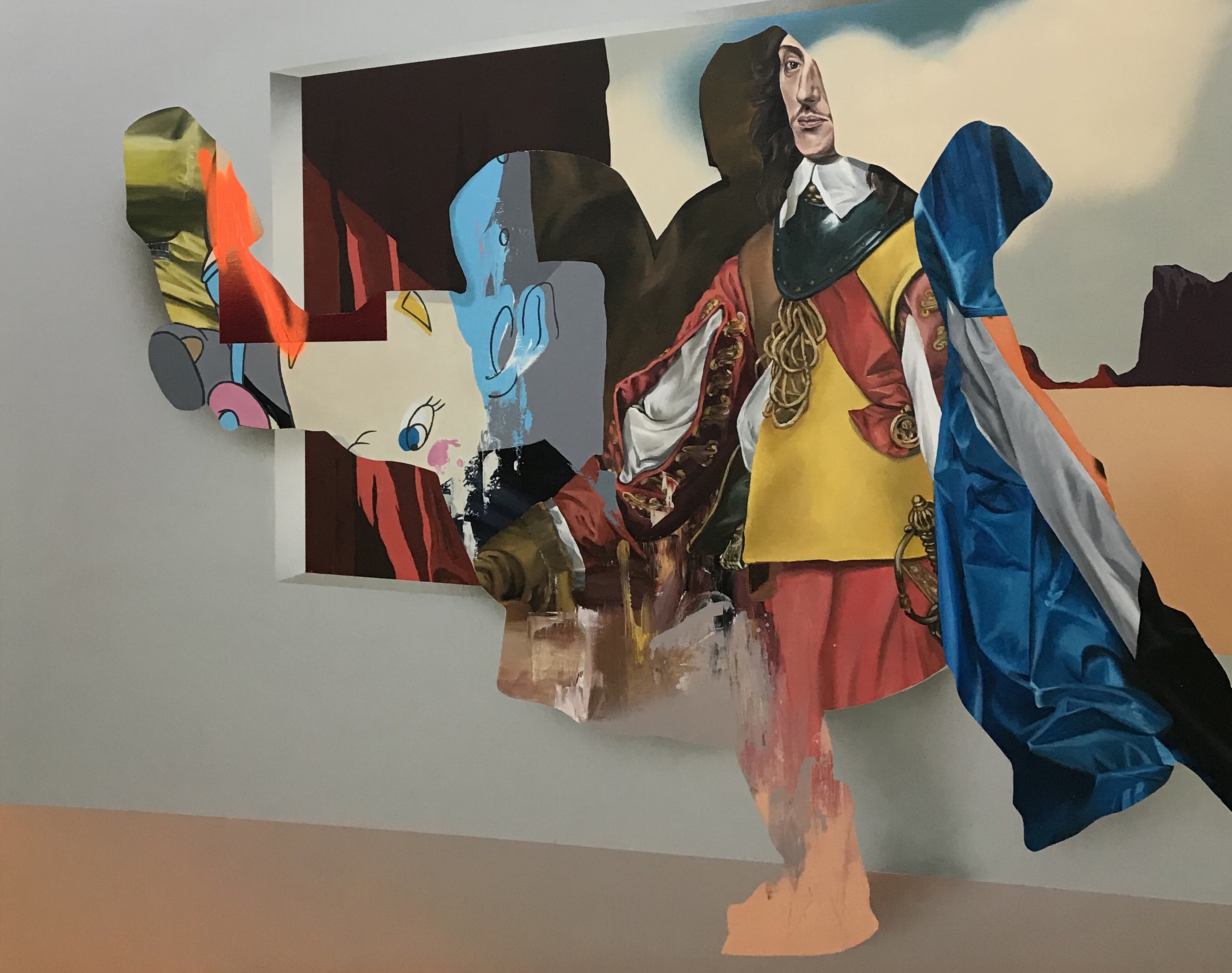 Dutch artist Eric Basstein started painting at an early age and at the age of 19, he went to art school. Inspired by the similarities between art and music, the way modern music is created by combining samples just like paintings are constructed by layering imagery, he developed a process that uses this approach when constructing work. Combining images from fashion magazines with a piece of a comic book illustration or a part of a classic painting, felt similar to sampling a bass line or snare when creating hip-hop music. Eric’s blend of the historical and modern is sublime. His paintings blend realist figurative work inspired by old masters with abstractions taken from comic books and fashion. His work combines contemporary and classical references to create an astonishingly resonant dialogue with the viewer.

Jonathan Levine Projects is committed to new and cutting-edge art. Our roots go back to 1995 when LeVine’s life-long participation in punk and underground music grew into a curatorial experiment with the visual culture that surrounded him.  In 2005, he opened Jonathan LeVine Gallery in the Chelsea district of New York City and had great success nurturing the careers of many celebrated artists.

In 2017, the gallery relocated to Jersey City with a newfound focus on community and collaboration.  The newly named Jonathan LeVine Projects is located within Mana Contemporary, a leading arts organization dedicated to celebrating the creative process.  We aim to create engaging programs and interesting partnerships beyond our gallery space, such as public murals and pop-up exhibitions.  With an eye towards honoring and connecting with the history and context of Post War art, Jonathan LeVine Projects explores the terrain of the high/low and everything in between.