From September 14, 2017, to February 25, 2018, "Sonic Arcade: Shaping Space with Sound" by Arjen Noordeman and Christie Wright will be on view at the Museum of Arts and Design

From September 14, 2017, to February 25, 2018, the exhibition “Sonic Arcade: Shaping Space with Sound” by Arjen Noordeman and Christie Wright will be on view at the Museum of Arts and Design in New York. 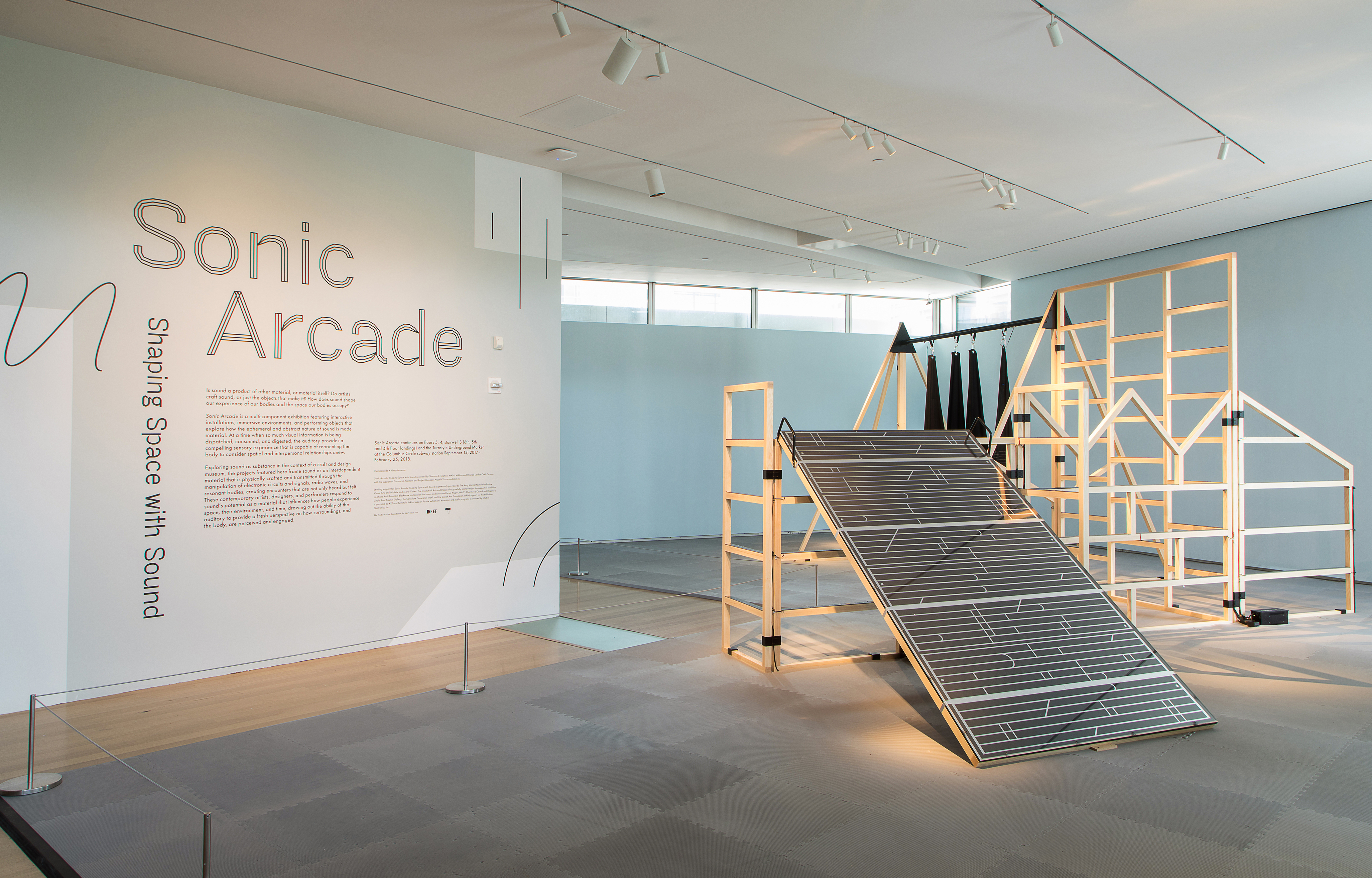 “Sonic Arcade: Shaping Space with Sound” is a multi-component exhibition featuring interactive installations, immersive environments, and performing objects that explore how the ephemeral and abstract nature of sound is made material. At a time when so much visual information is being dispatched, consumed, and digested, the auditory provides a compelling sensory experience that is capable of reorienting the body to consider spatial and interpersonal relationships anew. The works on view in this exhibition frame sound in a three-dimensional form, making manifest through material, spatial, and visual representation what is typically experienced as ephemeral and invisible.

Comprised of linked solo and curated projects, “Sonic Arcade” explores sound as substance, framing it as interdependent material that is physically crafted and transmitted through electronic circuits and signals, radio waves, and resonant bodies that create encounters that are not only heard but felt. The exhibition features contemporary artists, designers, and performers who respond to sound’s potential as a material that influences how people experience space, their environment, and time, drawing out the ability of the auditory to provide a fresh perspective on how surroundings, and the body, are perceived and engaged. 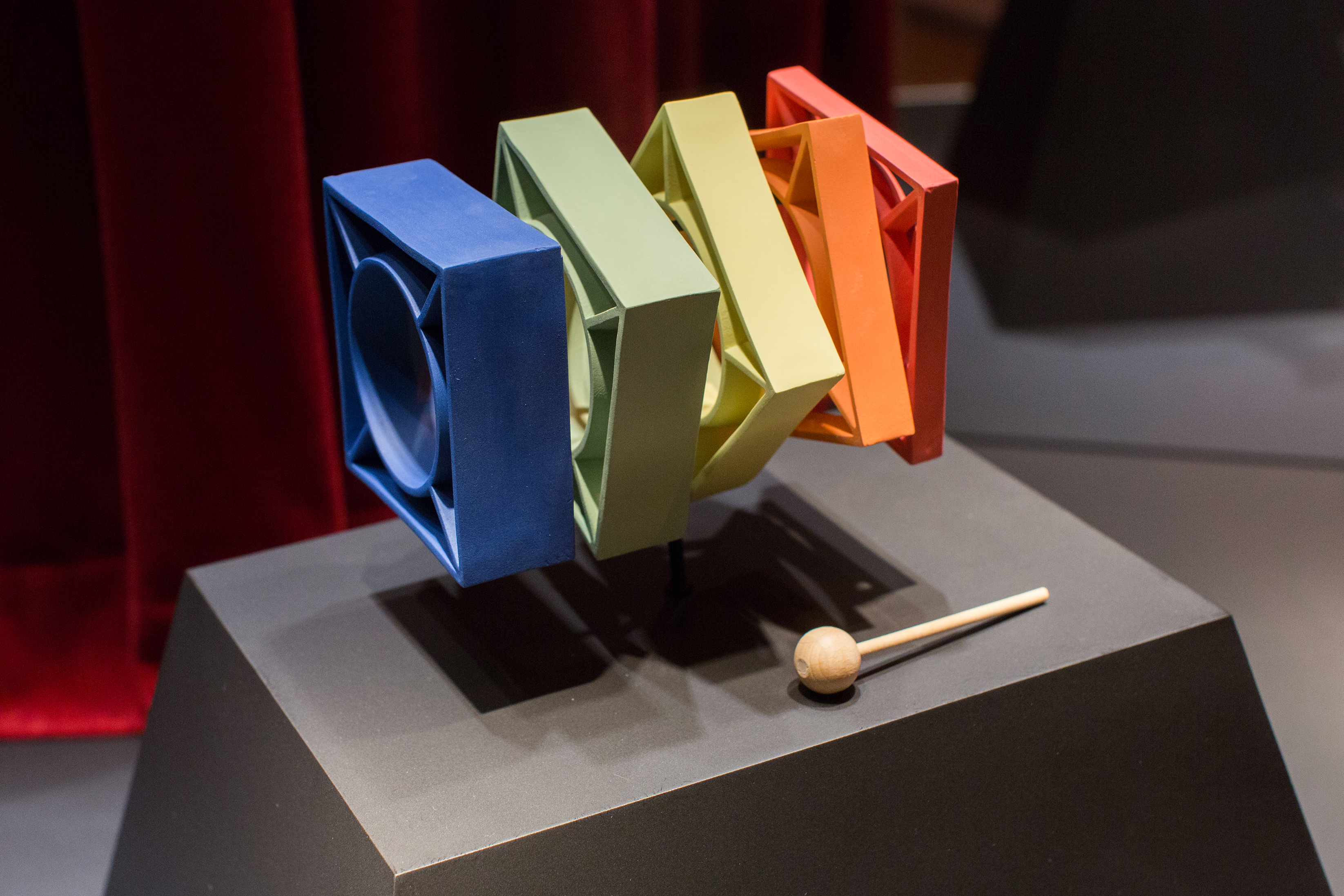 A part of the multi-component exhibition “Sonic Arcade: Shaping Space with Sound” is “Audiowear”, a collaborative solo project by Arjen Noordeman and Christie Wright. “Audiowear”, is a collection of musical jewelry inspired by idiophone and aerophone instruments and the acoustic quality of clay. Designed utilizing 3D modeling technology, the Audiowear jewelry creates a new wearable form of jewelry that is both adornment and musical instrument. “Audiowear” is curated for the Tiffany & Co. Foundation Jewelry Gallery by Assistant Curator Barbara Paris Gifford. 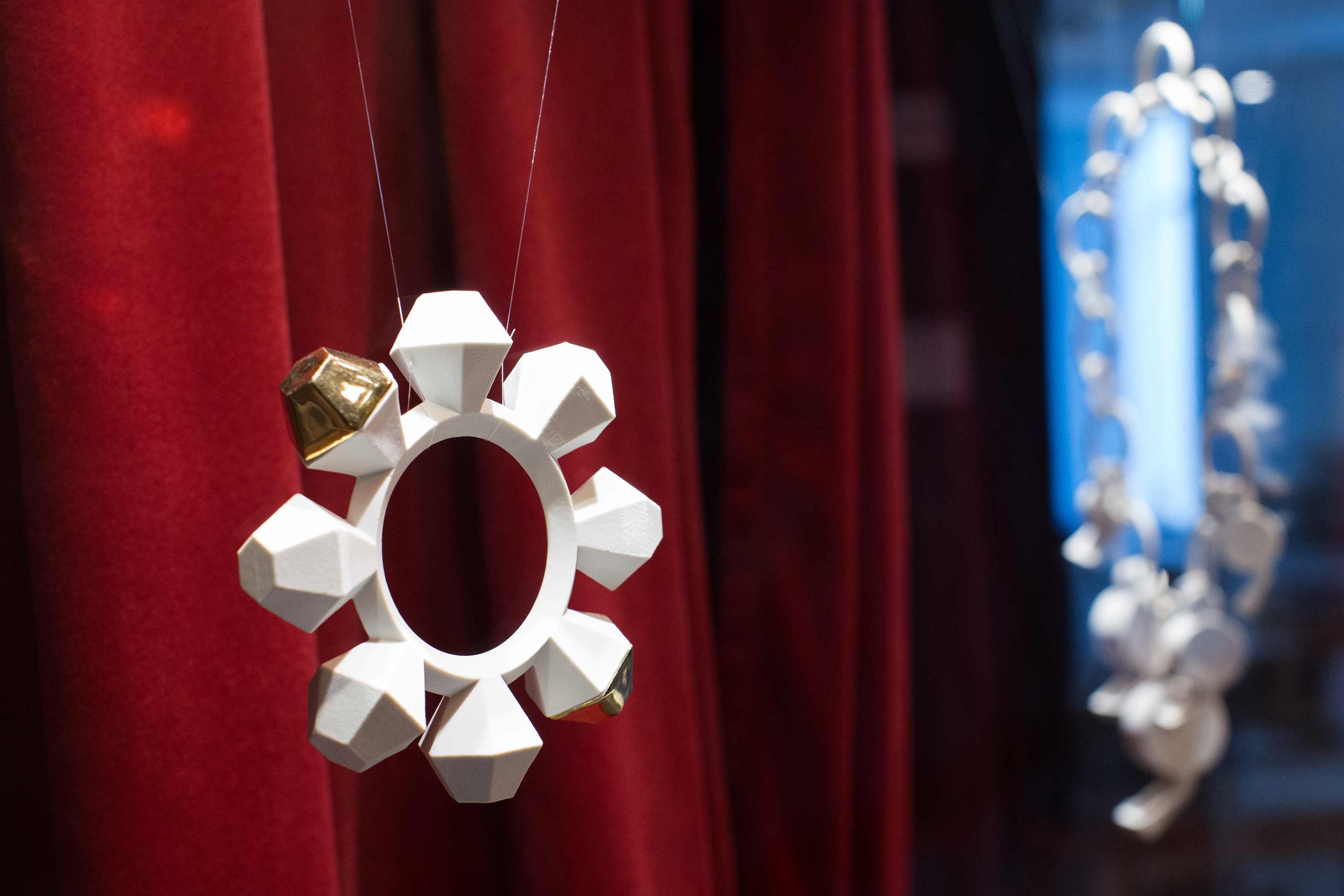 “Sonic Arcade” features “Polyphonic Playground” next to “Audiowear”. “Polyphonic Playground” is a project by Studio PSK that incorporates on-site residency and activation by New York–based choreographers. Studio PSK is an award-winning design and creative studio based in London, UK. Using design and technology, Studio PSK creates unique experiences that bring audiences and organizations closer together. Characterized by a cross-disciplinary approach, the studio works with brands, companies, and galleries to tell stories through interactive objects, digital environments, installations, and graphics. 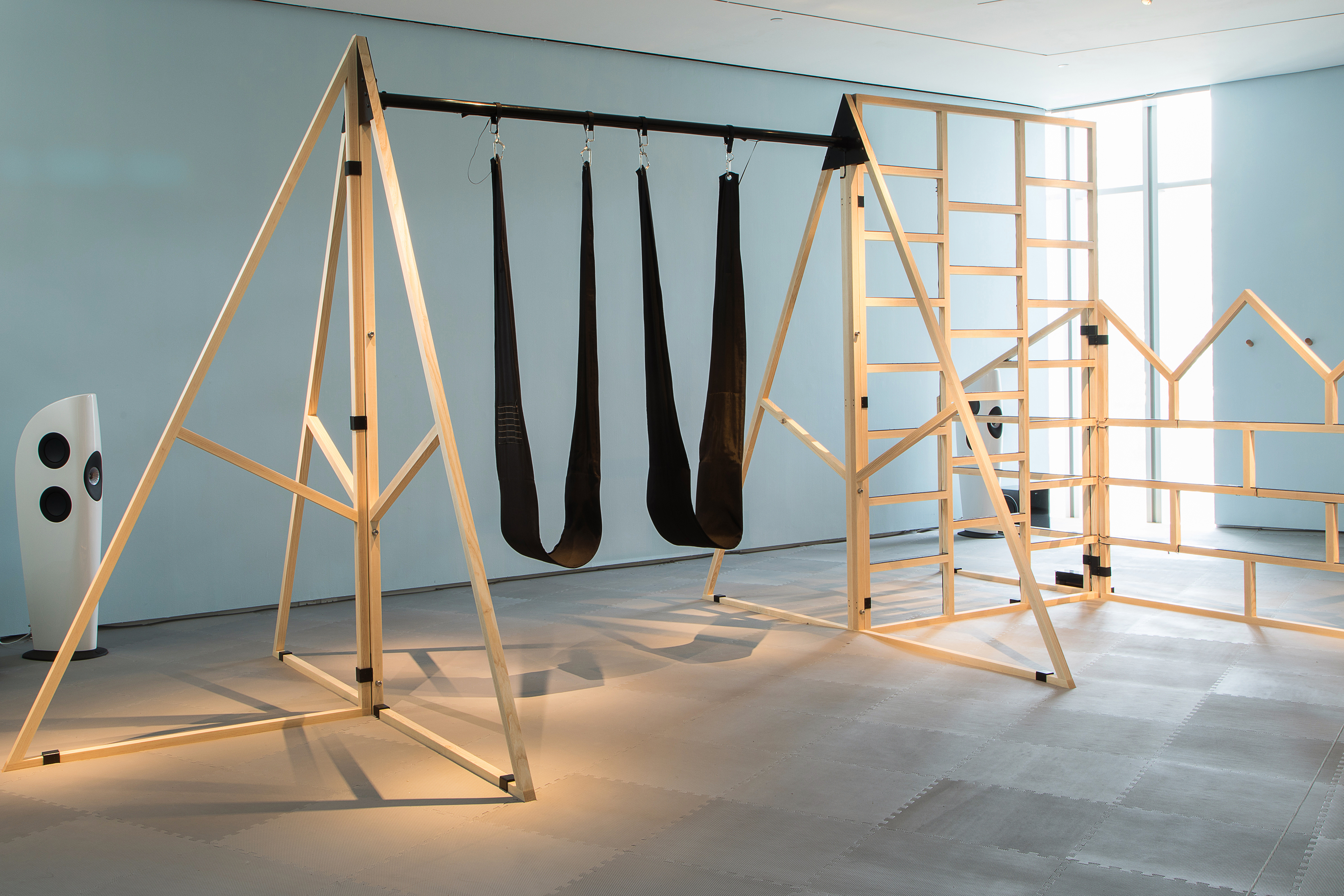 Arjen Noordeman is based in Amsterdam, the Netherlands. He has worked as a designer for the interactive design company the Chopping Block in New York City, as well as for broadcast companies including RTL in the Netherlands and Bravo in New York. He has also served as Director of Design at the Massachusetts Museum of Contemporary Art and as Art Director at Nickelodeon in New York City. He and his design partner, Christie Wright, created Audiowear, a series of musical jewelry inspired by idiophone and aerophone instruments and the acoustic quality of clay. The recipient of Promax Entertainment Creative, Eyes & Ears, and Art Directors Club Awards, Noordeman is currently Creative Director of Brand Design for Comedy Central, Spike, and Paramount Network in Amsterdam.

Christie Wright is based in Amsterdam, the Netherlands. She has created work for various publications, including Martha Stewart Living, View on Colour, and Bloom magazine. She has served as a stylist for the trend forecasting company Studio Edelkoort, Paris, as a designer creating products for the lifestyle brand West Elm in Brooklyn, and as a teacher in the Product Design Department of Parsons School of Design. She and her design partner, Arjen Noordeman, created Audiowear, a series of musical jewelry inspired by idiophone and aerophone instruments and the acoustic quality of clay. The recipient of various honors, including a Fulbright grant and a Louis Comfort Tiffany Grant for the Arts, Wright is currently Associate Creative Director for Marcel Wanders’ studio in Amsterdam.