from February 13 through May 21, the Met will present 'The Mysterious Landscapes of Hercules Segers,' the first major exhibition in the United States devoted to the Dutch painter

Hercules Segers (ca. 1589–ca. 1638), the great Dutch experimental printmaker, created otherworldly landscapes of astonishing originality by using an extraordinary array of techniques that still puzzle scholars today. The Mysterious Landscapes of Hercules Segers, on view at The Metropolitan Museum of Art from February 13 through May 21, will be the first major exhibition in the United States devoted to the artist, who possessed one of the most fertile creative minds of his time. Although his name is not well known today, Segers’s works were highly prized during his lifetime, and Rembrandt (1606–1669) owned eight of his paintings and a printing plate.

The Mysterious Landscapes of Hercules Segers opens to the public on Monday, February 13 at The Met Fifth Avenue, where it will be on view through May 21. Please visit www.metmuseum.org for more information. The exhibition is made possible by the Diane W. and James E. Burke Fund and The Schiff Foundation. It is organized by The Metropolitan Museum of Art, New York, and the Rijksmuseum, Amsterdam. Education programs are made possible by the Netherland-America Foundation and the Embassy of the Kingdom of the Netherlands. 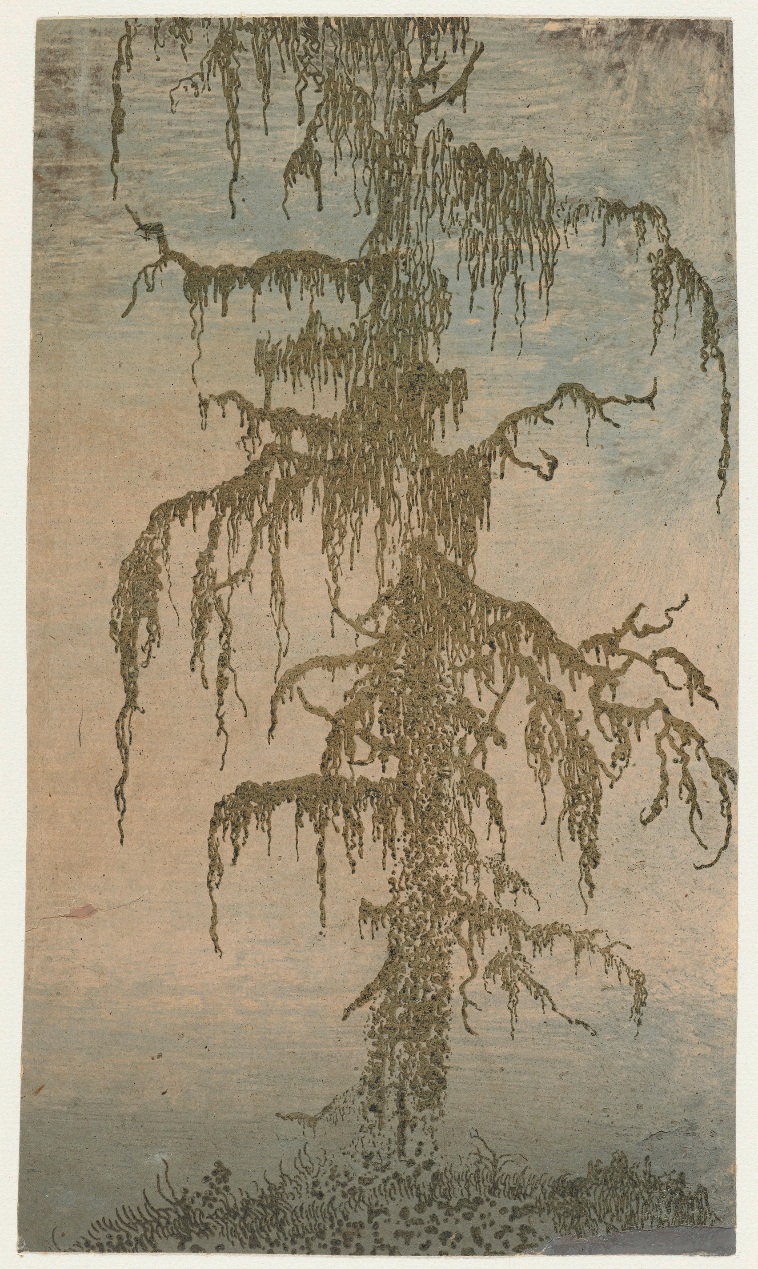 Segers’s surviving works are extremely rare: only 10 impressions of his prints are in museums in the United States (one in The Met collection), and only 15 paintings have been attributed to the artist. ‘The Mysterious Landscapes of Hercules Segers’ will feature a selection of these paintings, in addition to almost all of Segers’s prints in varying impressions. The Rijksmuseum, whose collection of Segers’s work is the largest in the world, is generously lending its entire holdings (74 prints, two oil sketches, and one painting) to the exhibition. Other European institutions, notably the British Museum and the Kupferstichkabinett of the Staatliche Kunstsammlungen in Dresden, will lend important works that will allow The Met to highlight Segers’s remarkable printed oeuvre in a variety of stages, revealing the range of the artist’s experiments with the etching technique, along with his idiosyncratic use of materials.

The Metropolitan Museum of Art organizes several accompanying events in conjunction with the Hercules Segers exhibition:

On February 25 (2-5 PM), there will be a printmaking workshop for teens of ages 15-18. This free workshop encourages teens to create artwork inspired by the exhibition.

On March 18 and 25, and on April 1 (1-5 PM), artist Paul John leads ‘Printing in Color’, a studio workshop inspired by the great experimental printmaker Hercules Segers.

On March 19 (2-3 PM), artist Terry Winters and curator Nadine M. Orenstein will have a conversation about the work of Hercules Segers.

On April 26 (6 PM). the Walter W.S. Cook Annual Lecture will be held with Nadine Orenstein at the Institute of Fine Arts, NYU. RSVP

On May 19, Huigen Leeflang from the Rijksmuseum participates in a free lecture.

Hercules Segers is often characterized as a forgotten genius who was beset by misfortune during his life and died in poverty. In fact, he was a well-known painter, and his work entered numerous collections during his lifetime. The eldest son of a merchant who sold clothes and paintings, Segers was sent to Amsterdam to train with the foremost landscape painter Gillis van Conincxloo. He then joined the artists’ guild in Haarlem in 1612, at a time when that city was an important center for printmaking. In 1614 Segers moved back to Amsterdam and married Anna van der Bruggen, who was 16 years his senior and wealthy. By 1619 he bought a house in Amsterdam with a view of the incomplete North Church (Noorderkerk), which he etched around 1623. Not long afterwards, in 1630, Segers faced financial difficulties and was forced to sell his house to pay his debts. Around that time, he also became active selling paintings and moved to Utrecht where he sold approximately 137 paintings, including 33 of his own. His stay in Utrecht was relatively brief, and by early 1632 he had moved on to The Hague, where he died sometime between 1633 and 1638. 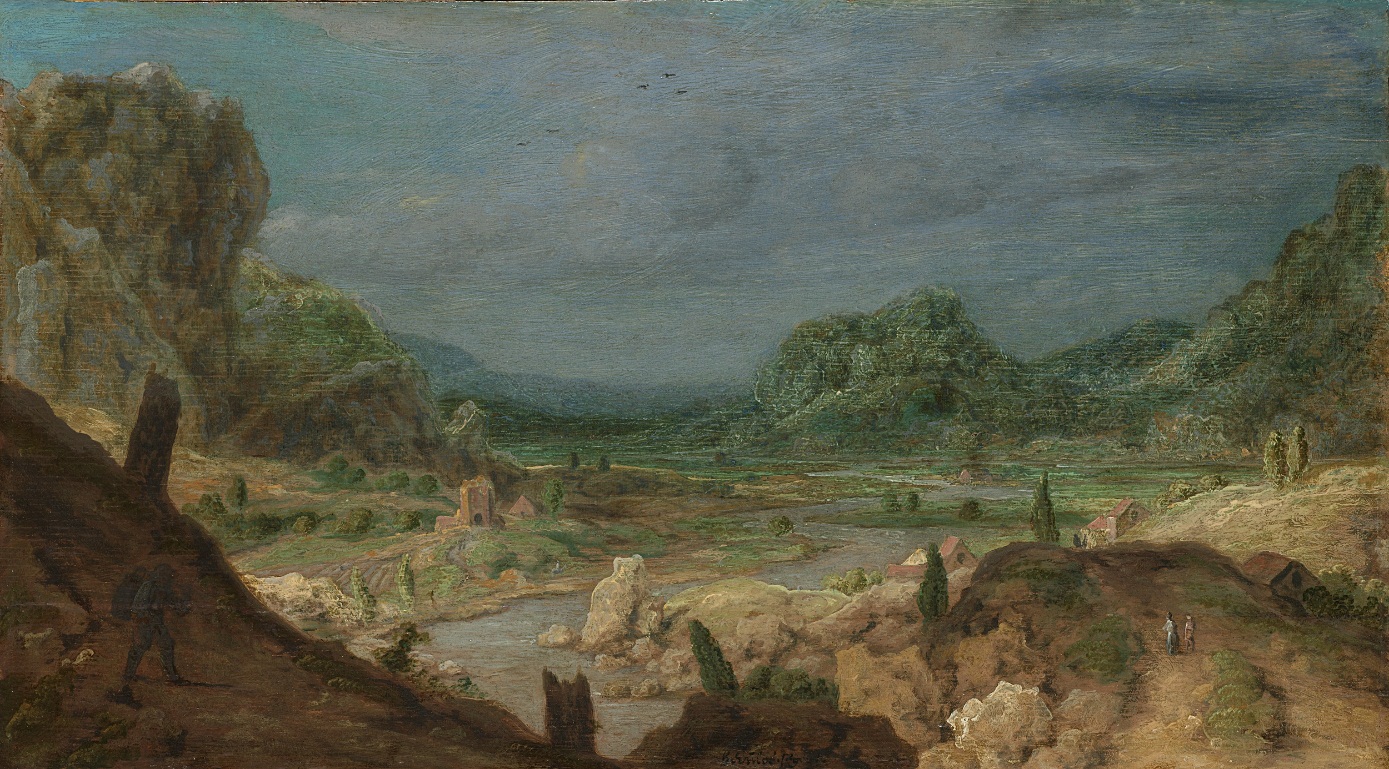 Segers probably never saw the mountains that he painted and most likely did not travel much beyond Holland, other than to Brussels. His landscapes were influenced by works by earlier artists like Pieter Bruegel the Elder, but his etchings depicting rocky outcroppings resembling the surface of a distant planet, are completely original, and look like nothing else found in 17th-century Dutch art. Departing significantly from the traditional methods of his contemporaries, Segers rejected the idea that prints from a single plate should all look the same in black and white.

He produced impressions in varied color schemes, painted them, then added lines or cut down the plate, turning each impression of his evocative landscapes into miniature paintings that were ahead of their time. He also painted the paper and fabrics on which he printed, created etchings in colored inks, used two printing plates to define a single image, and painted on top of impressions. He invented techniques, most notably lift-ground etching, that were not used for another 150 years.

Rembrandt, a contemporary of Segers, owned eight paintings by the artist as well as one of his printing plates, and drew inspiration from Segers for some of his own experimental prints. During the organization of this exhibition, it was discovered that Segers owned a painting by Rembrandt, making it possible to imagine that the two artists discussed art together.