On September 10, FOAM Amsterdam and  Red Hook Labs, Brooklyn, NY, agreed on a collaboration project as a result of Amsterdam’s cultural trade mission to New York. Director of FOAM, Marloes Krijnen, and her American counterpart Jimmy Moffat, director of Red Hook Labs, signed a partnership for 2017 and 2018 in the presence of Amsterdam’s Deputy Mayor Kajsa Ollongren. 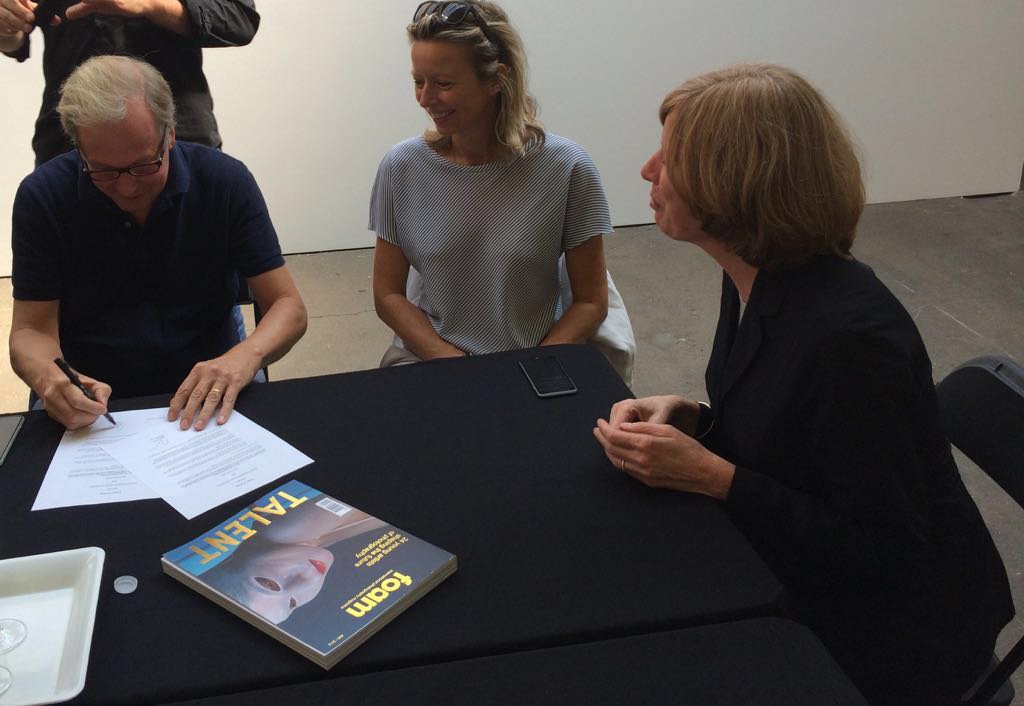 The joint program will focus on photography and cultural education, simultaneously taking place in Amsterdam and Brooklyn. Youth in both cities will learn about themselves and each other through photography while exploring and discovering their talents. Foam and Red Hook Labs will organize several projects with the involvement of youths from Amsterdam and Brooklyn where they will challenge them to take photos of themselves and their surroundings. This will enable them to learn more about photography and to get into contact with people in their age group from another country.

This is not the first time that the institutions collaborate. In the Spring of  2015 they organized the successful project ‘Look across the water!’’ where youths from Amsterdam Noord and Brooklyn took pictures of their surroundings together. These pictures were featured in a combined exhibition that was shown in both the Red Hook Labs in Brooklyn, as in the Tolhuistuin in Amsterdam Noord. The new collaboration will start this September at Unseen. This  Amsterdam based international photo fair was co-founded by FOAM and will feature three of Red Hook Labs’ domestic photographers. Two of them will also be involved with the onsite pop up studio project Face to Face; African Portraiture, where they will shoot portraits. During the fair Vice Netherlands will also host a work shop for Dutch students with the professional input of Red Hook Labs educators. Together they will create a documentary, using photography and video. In the Fall of 2017 these same students will be working with youths that are connected to the Red Hook Labs. Over the course of six weeks, they will take a photography course and use skype and video messaging to share ideas and work together. The progress of their work will be featured in an exhibition on two sites in December 2017.