Filmmaker Dirk Jan Roeleven followed Frans Timmermans, First Vice-President of the European Commission for nearly two years, and turned the video footage into a documentary about the life of “The European.” The film, which has been selected for the 2016 International Documentary Film Festival Amsterdam (IDFA), shows Timmermans at work “behind the scenes and up-close” in EU negotiations, international meetings, and fieldwork in refugee camps. Columbia University will show the documentary at the East Gallery, Buel hall on Wednesday, December 7 from 6 to 8pm.

A WhatsApp message to Dutch politician Frans Timmermans: would he take part in a documentary? “Behind the scenes and up close” is how filmmaker Dirk Jan Roeleven describes the essence of his request. He follows Timmermans for nearly two years, from his appointment as Vice-President of the European Commission to the Brexit referendum. The film moves at the swift pace of Timmermans’s life. We shift effortlessly from an interview with CNN, a visit to a refugee camp in Greece, a meeting with Ban Ki-moon and a deadline for Dutch daily NRC Handelsblad. Timmermans demonstrates that this doesn’t come at the cost of his family life when he buys some sneakers for his daughter during a summit in New York, and makes time for a soccer game with his son. As he is filmed in taxis, planes and cheerless hotel rooms, he talks openly about his assertiveness and the qualities of a good diplomat. 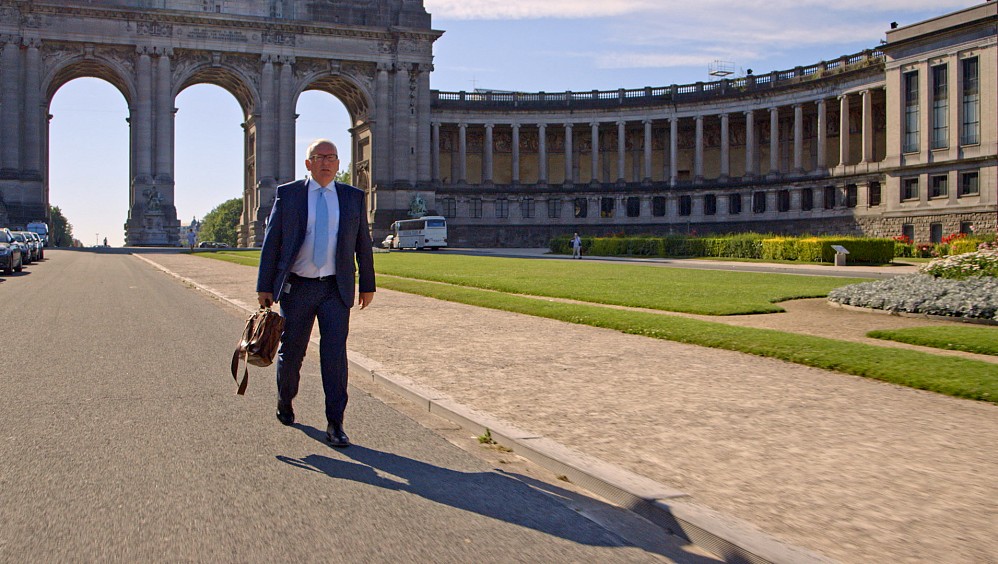