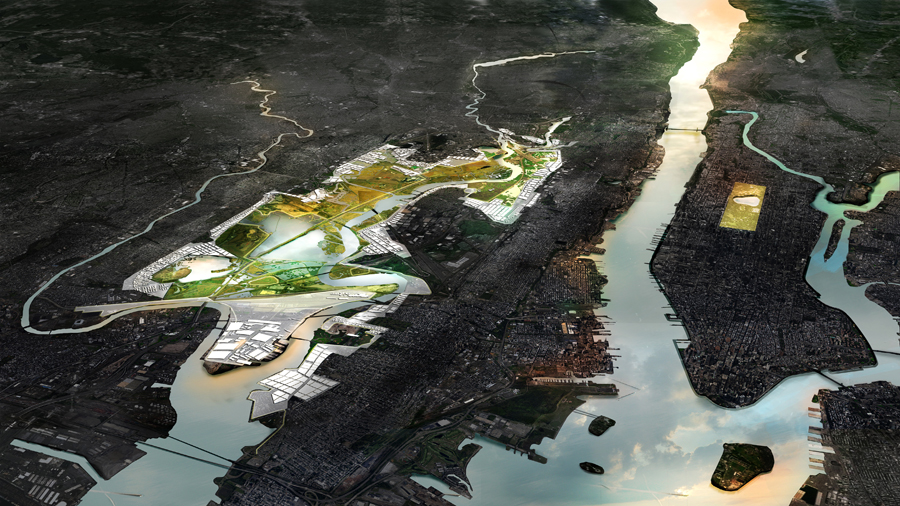 Four US-Dutch teams have been chosen to help New York and New Jersey rebuild stronger, safer, and more resilient communities after Hurricane Sandy in the Rebuild by Design Competition

Four US-Dutch teams have been chosen to help New York and New Jersey rebuild stronger, safer, and more resilient communities after Hurricane Sandy in the Rebuild by Design Competition.

The winning teams of the Rebuild by Design competition are:

In response to the announcement, Dutch Ambassador Rudolf Bekink said the Netherlands is “proud that the United States recognizes the Dutch expertise in water management, shown by the inclusion of so many experts from the Netherlands who are part of the winning teams. We look forward to helping the US build communities that are more resilient and can stand up better to storm surge and extreme weather.”

The announcement the third round of grant funding totaling $930 million for New York, New Jersey and Connecticut that is part of the Rebuild by Designcompetition initiated by President Obama’s Hurricane Sandy Rebuilding Task Force.

The Netherlands has a deep connection to the area’s impacted by Hurricane Sandy. Not just because of our strong historic ties with the land once called New Amsterdam and New Netherland, but also because the Netherlands and the affected states are vulnerable to threats from storm surge, rising seas and more extreme weather.

With 60 percent of the Netherlands at or below sea level, the Dutch had to become experts on innovating with water and climate adaptation as well as in governance.

Leaders in smart and sustainable urban design, the Netherlands succeeded in finding innovative solutions to water-related problems that threaten communities, economic capital, and quality of life. A series of measures, from multifunctional levees to flood-resilient buildings to green infrastructure, help us keep our cities safe and attractive.

The Netherlands believes the work is never done. We need to keep preparing to be safe, not just now, but in the centuries ahead. We are happy to see that Dutch companies and experts are partnering with American companies to find ways to make New York, New Jersey and Connecticut safer.

Working together to rebuild

The Dutch have worked together regularly with the United States, partnering on projects and sharing knowledge with Americans who manage water.

The Netherlands and US states at risk of floods and storm surge, such as Louisiana, Florida, New York and California, actively exchange expertise on how to properly manage water for protection, rather than let it become a threat.

In California, we are strengthening flood control along the Sacramento and San Joaquin rivers.

In Florida, we are sharing information on water management and resilient urban planning that will make South Florida and the Everglades healthier and better able to adapt to the challenges posed by sea-level rise.