Gerrit Rietveld Book by Arjan Bronkhorst Now Available in the US 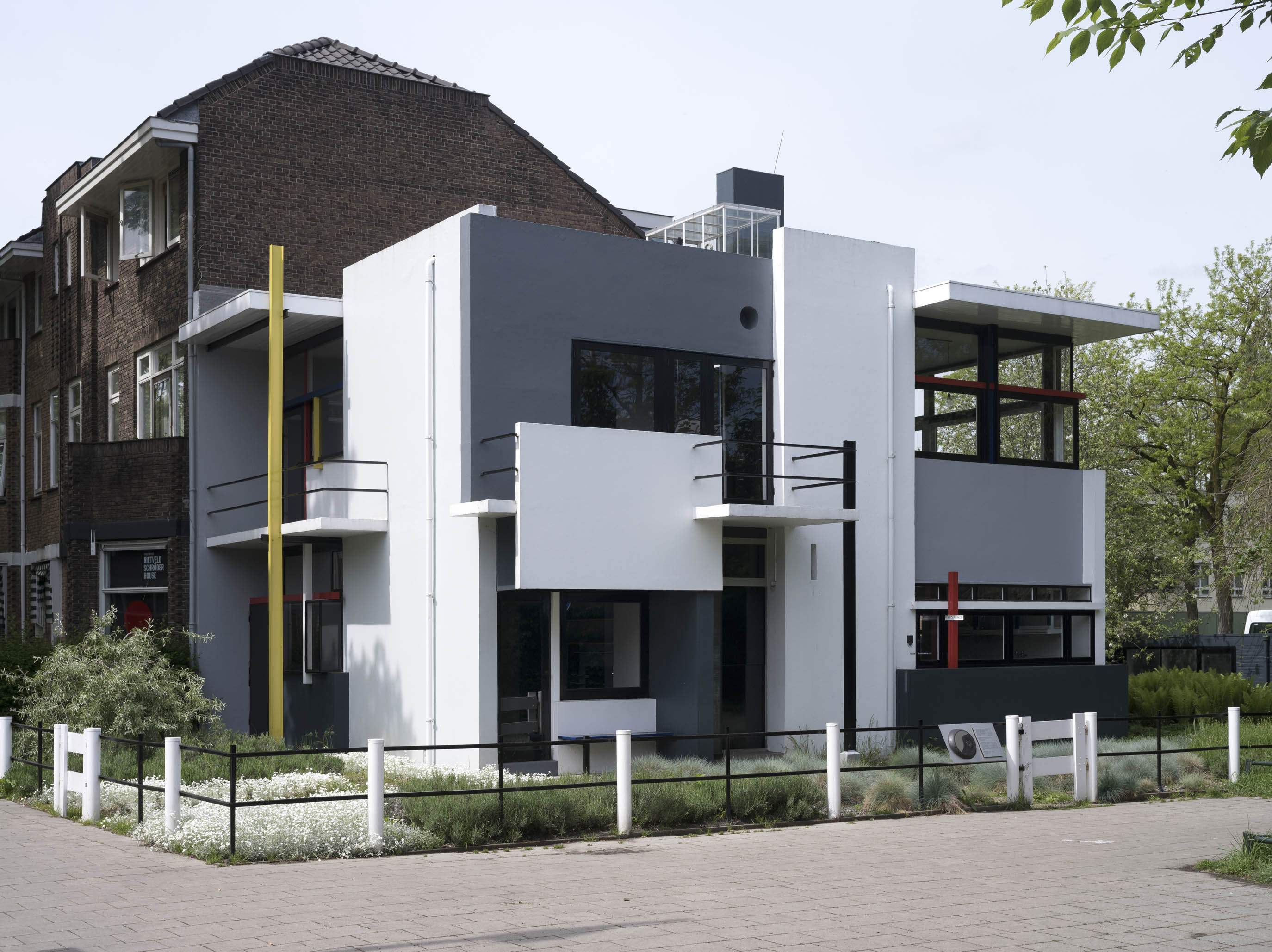 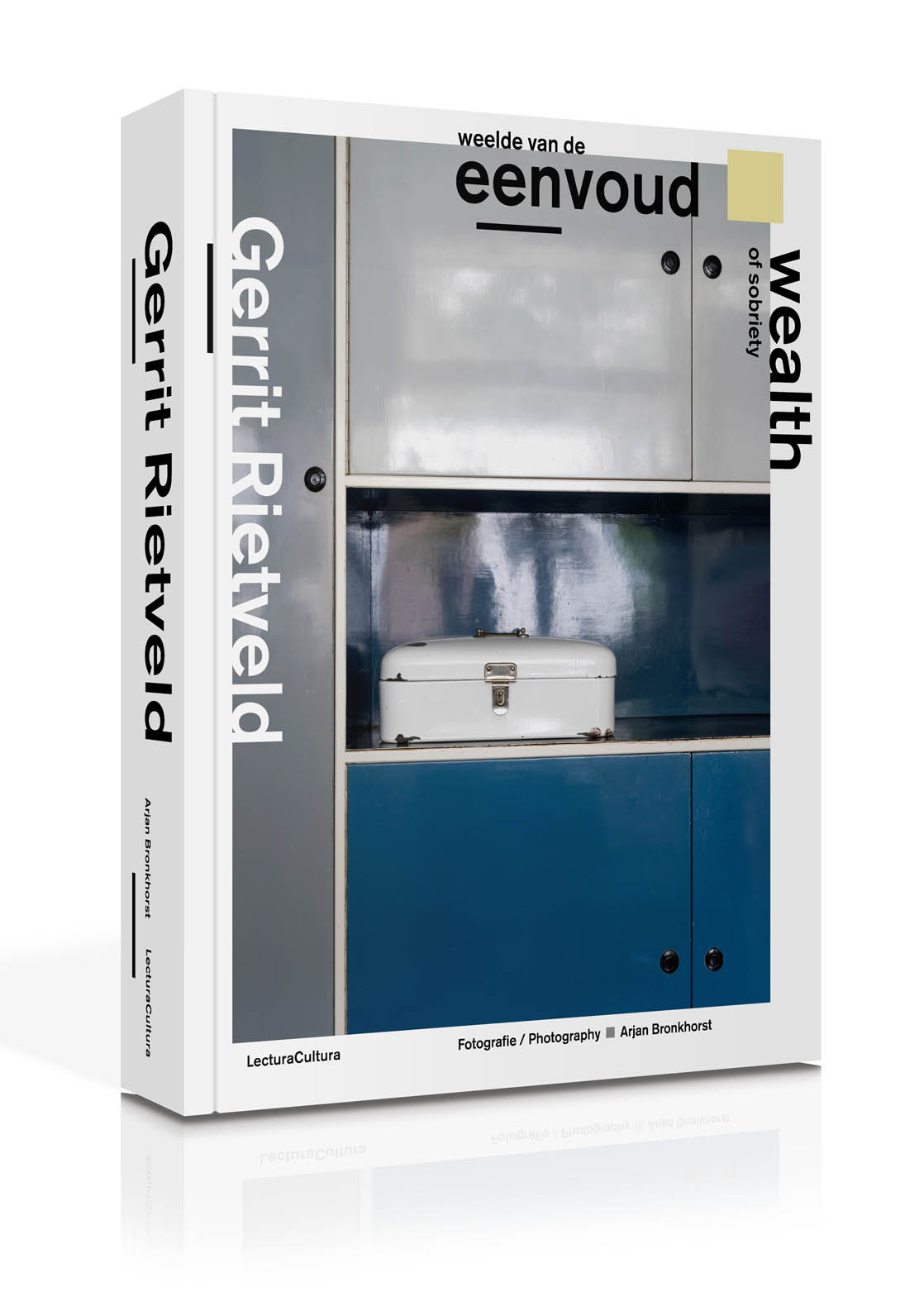 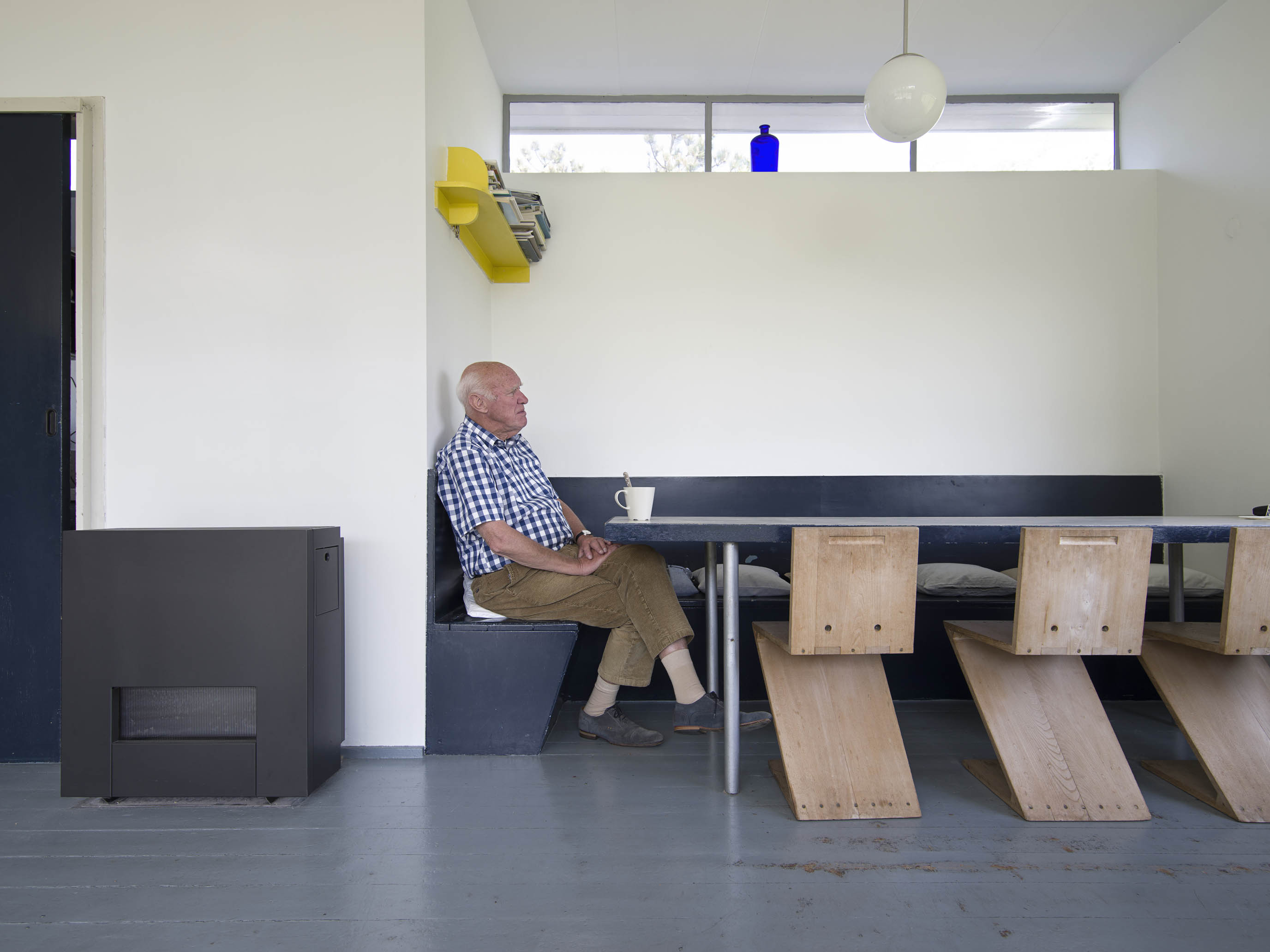 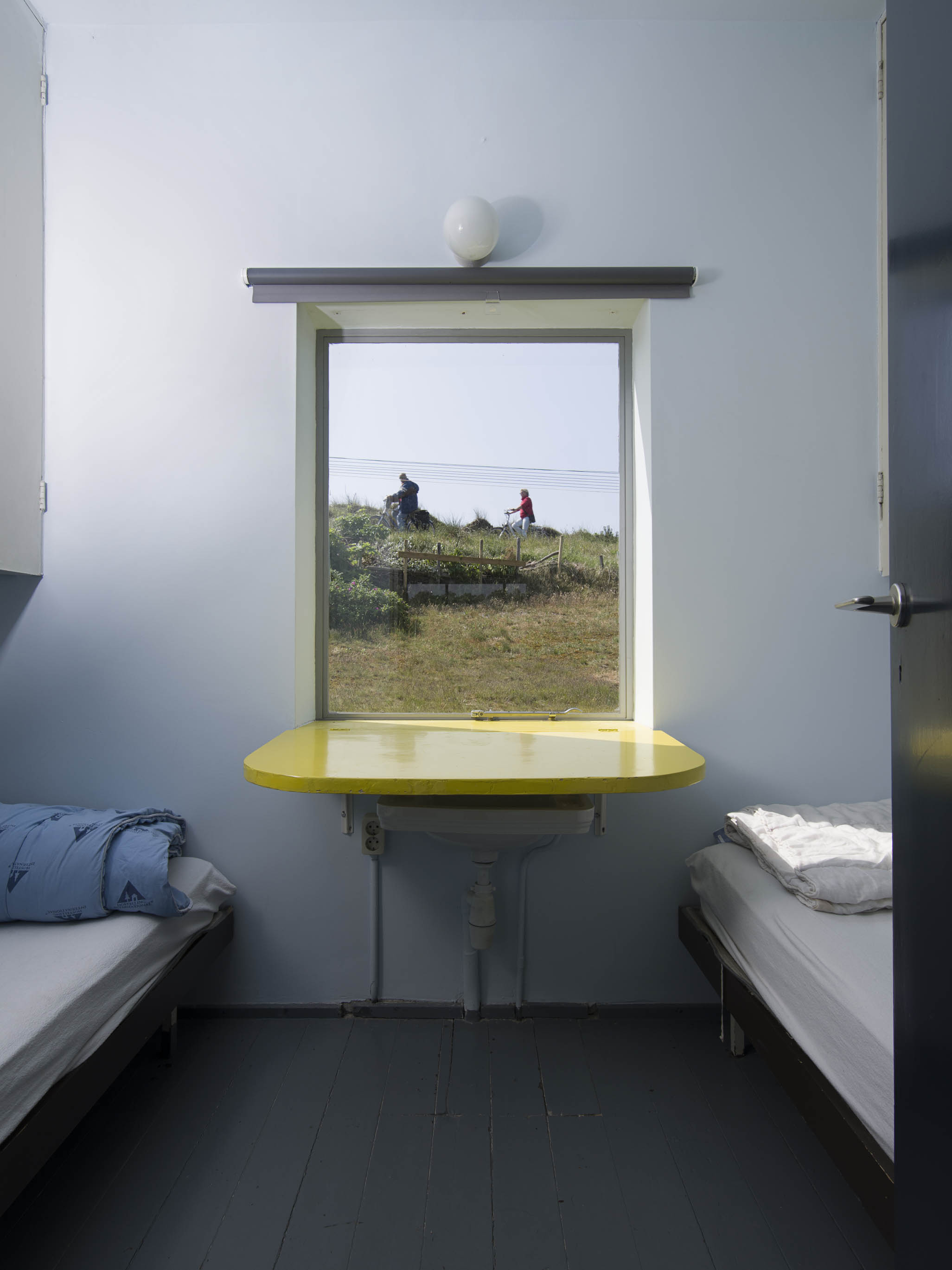 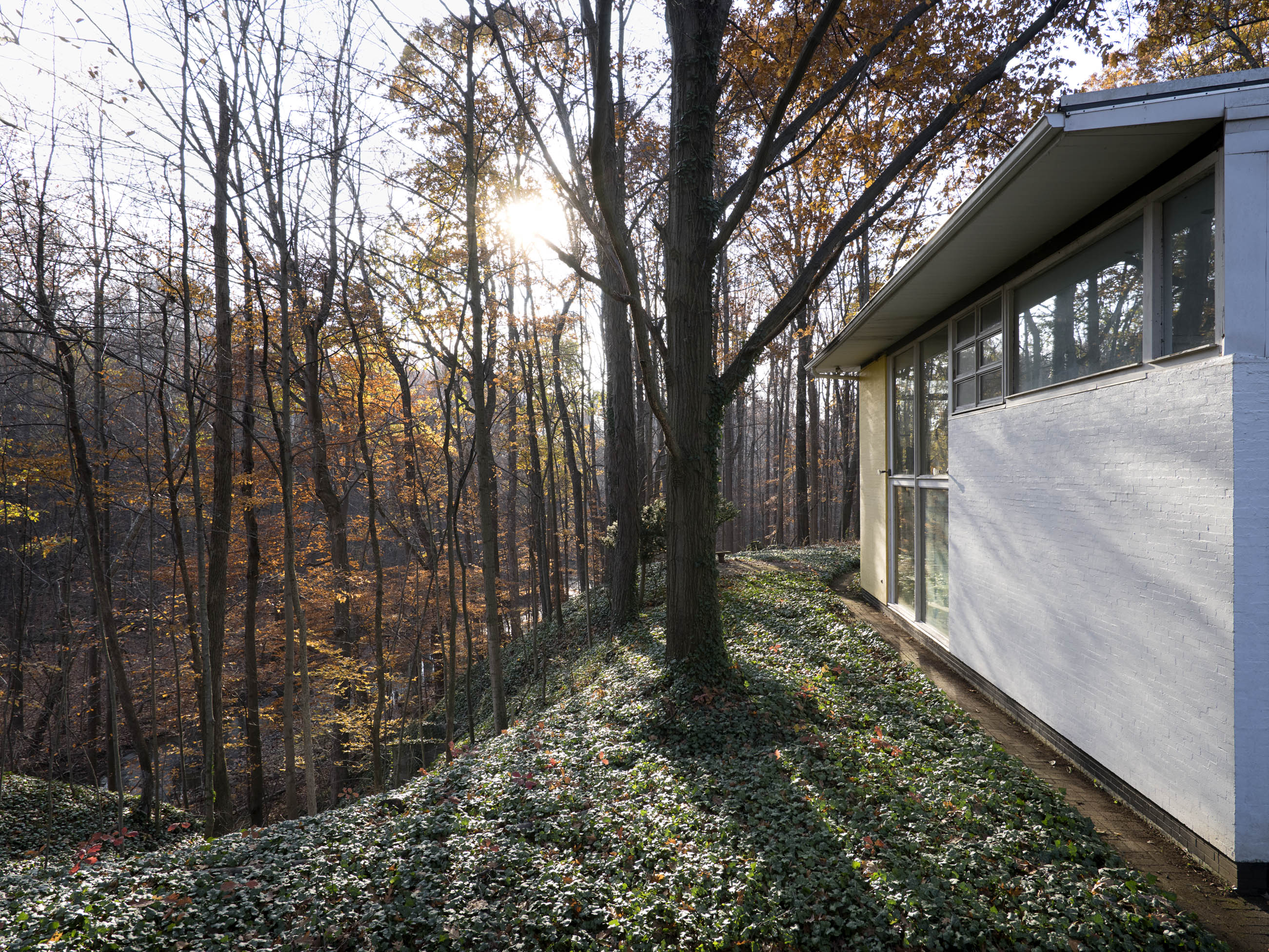 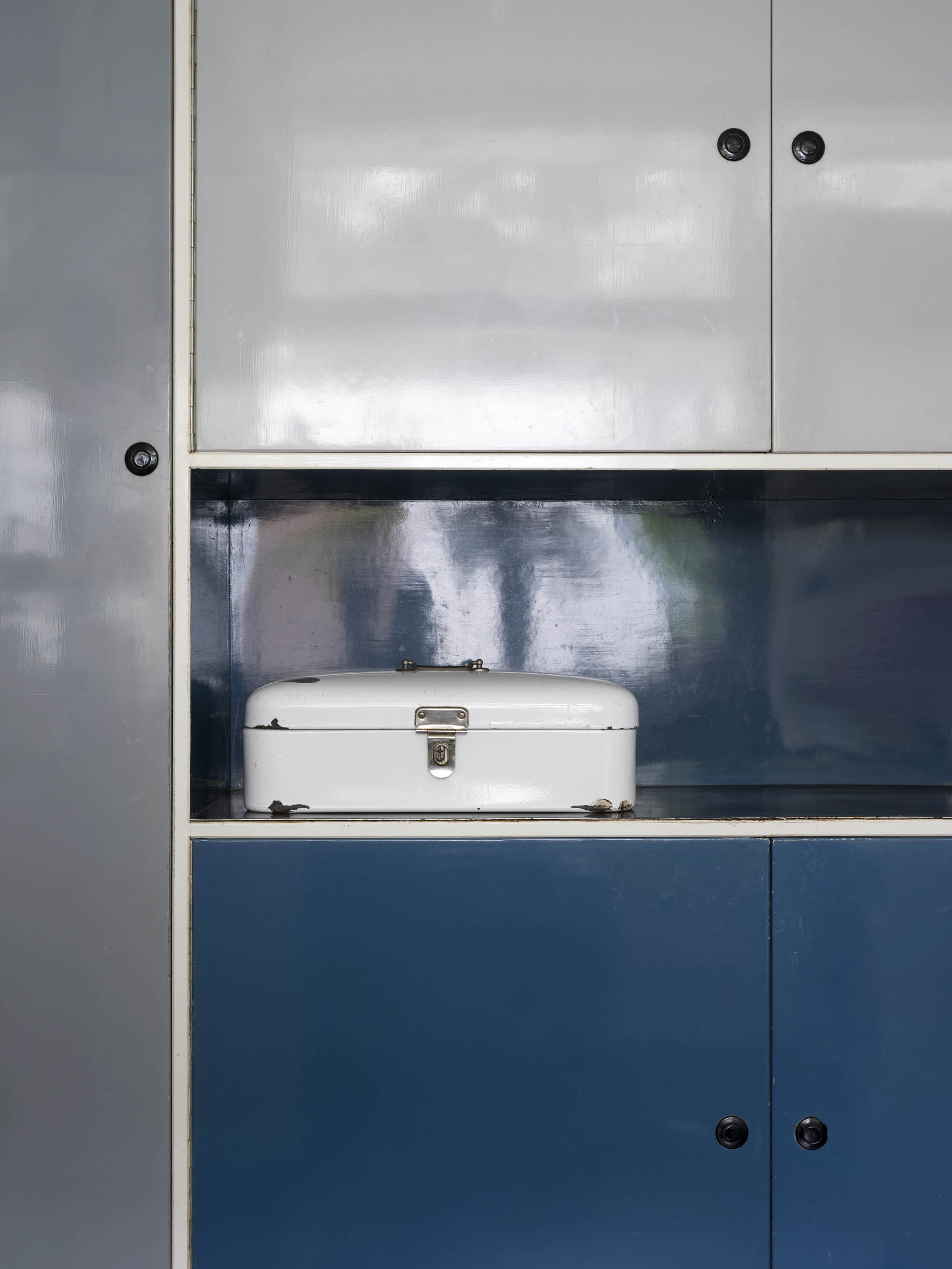 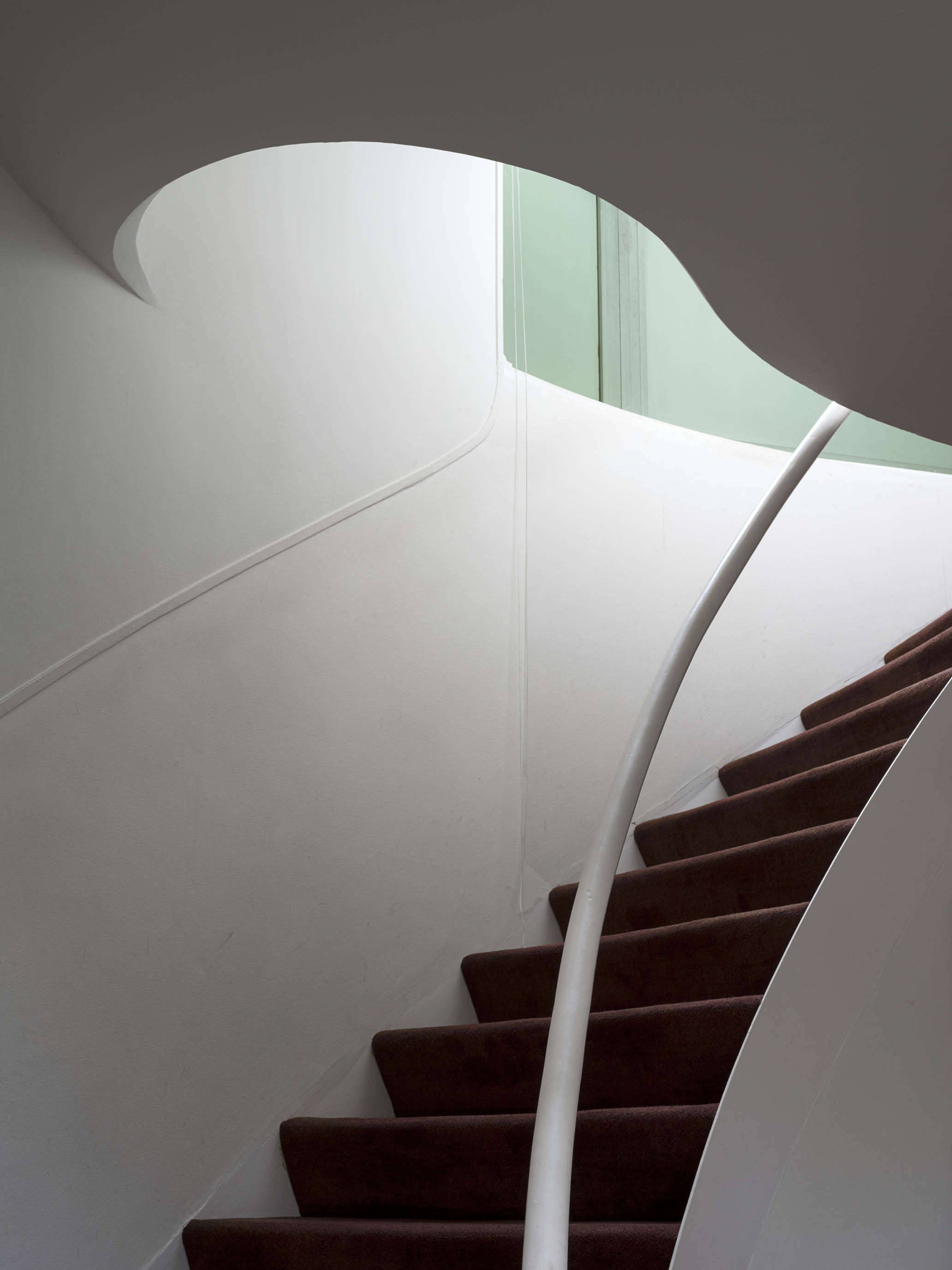 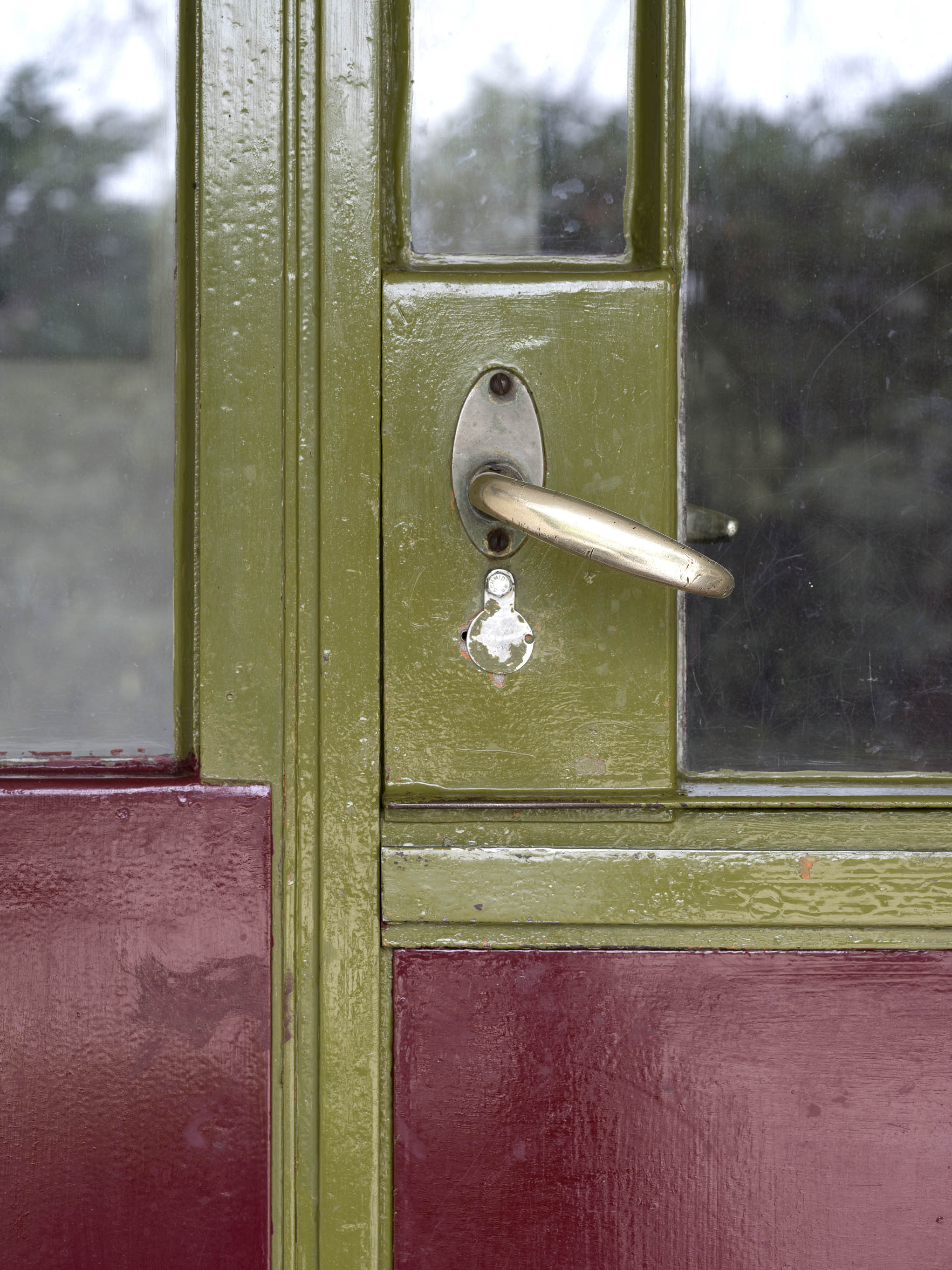 Celebrated Dutch architect and designer Gerrit Rietveld built almost a hundred houses. Photographer Arjan Bronkhorst – the man behind the bestseller Amsterdam Canal Houses (Grachtenhuizen) – spent two years tracking down many Rietveld houses. He even discovered a house in America, the only one designed by Rietveld outside the Netherlands. The current residents, some of whom commissioned Rietveld directly, have also been portrayed and immortalized in this unique work. Ida van Zijl, one of the leading Rietveld experts in the world, assisted Bronkhorst in producing his massive book of over 500 pages. She writes: ‘It is high time for a new publication: a book that puts the resident first, which is the way Rietveld saw it – a house that is just a setting for life.’

See Ideabooks.nl for a list of booksellers in the US. The book is also available on Amazon. 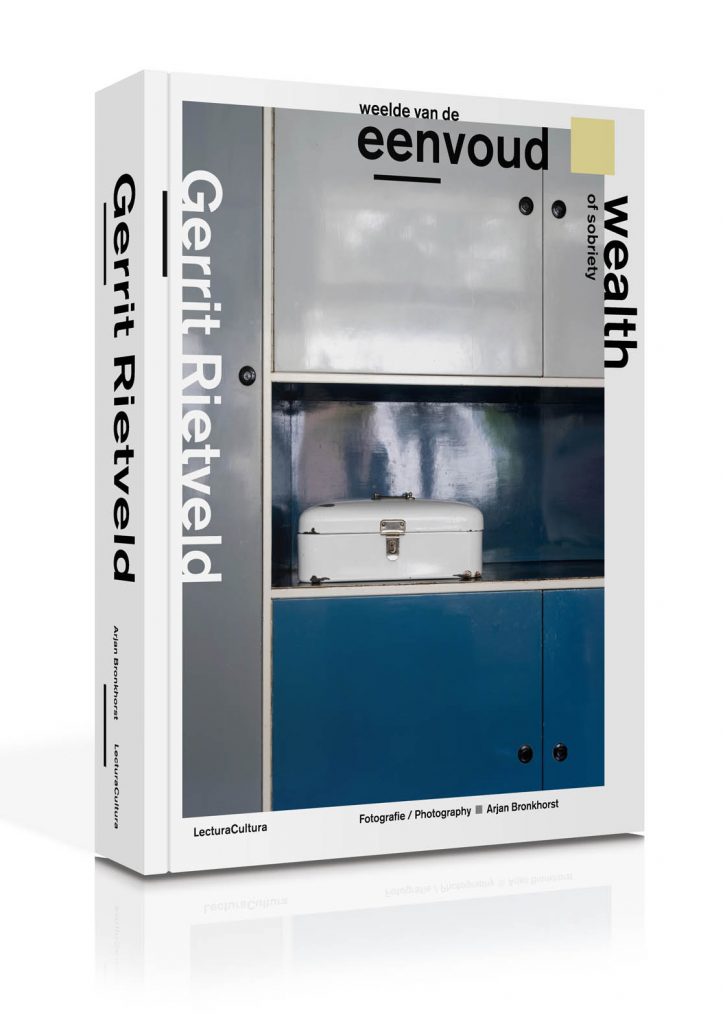 Gerrit Rietveld (1888-1964) is one the most renowned Dutch architects ever. His Schröder House from 1924 in Utrecht is world-famous and features on UNESCO’s list of world heritage sites. Yet little is known about his almost 100 other houses. Rietveld began his career as a furniture maker, only later becoming an architect. His early-20th-century furniture became icons of Dutch design. Most of his houses express the principles of the Nieuwe Bouwen movement: design based on functionality, without unnecessary embellishments.

Rietveld’s houses are characterized by light and space. He succeeded in making modestly sized houses feel spacious. Sobriety was one of Rietveld’s aims in design. In 1968 he said: ‘We could make such progress if people would reject extravagance (…) and would find joy in the wealth of sobriety.’ Only a limited number of clients could deal with this ‘wealth of sobriety’ and had the courage to invite Rietveld to design an avant-garde house for them. His clients were for the most part members of the intellectual class: artists, designers, musicians, doctors, professors. Even though his heart lay in social housing, his body of work consists largely of private villas. Rietveld himself lived rather frugally and ‘enjoyed’ discovering through commissions for private clients ‘how a person should live’. 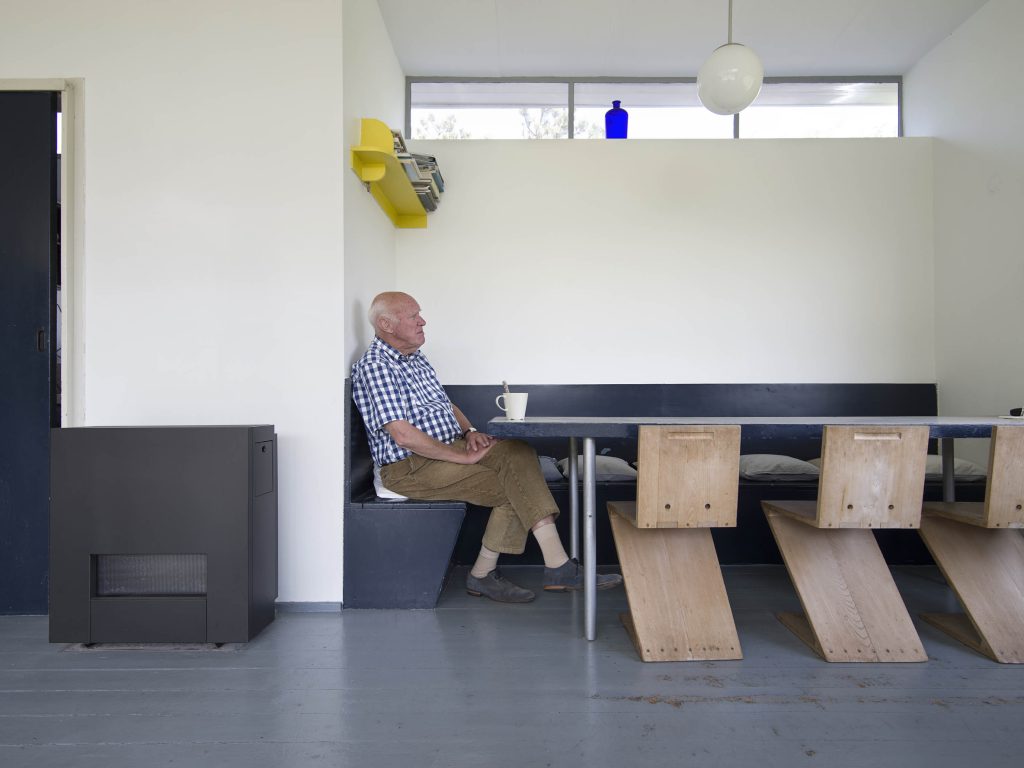 How a person should live

‘Rietveld was unwavering when it came to the aesthetic design of his houses,’ photographer Arjan Bronkhorst remarks. ‘Rietveld made no concessions. He would never spoil a blank wall with a lavatory window even if the client requested one.’ He told the Bláha family in Best that they would ‘be rid of him’ once they paid his fee, after the discussion about the prolific use of glass in the house flared up yet again. In response to the design that Rietveld had made for them in 1957, the Bláhas wrote: ‘What is window and what is wall? It seems to us that not all of it can be glass, as the model suggests. (…) We are worried about the loss of heat in winter!’ Despite seeking permission to demolish the house in 2009, the descendants of the original clients recently restored the house completely to its full glory. 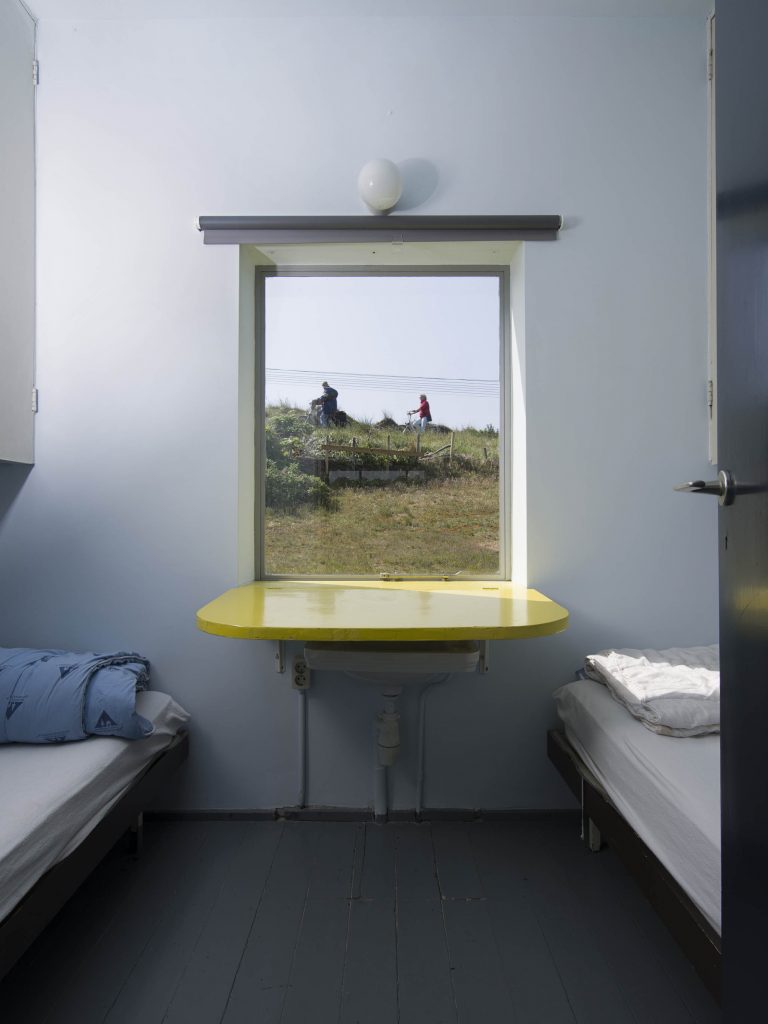 Yet Rietveld was not too stubborn to consider his clients’ wishes, as Bronkhorst and the authors of the book discovered while searching through letters in Rietveld’s archives. In the studio home that he designed in 1955 for sculptor Piet Slegers in Velp, the kitchen was initially not connected to the living room. He considered the detour via the corridor unimportant. ‘Surely you can walk that short distance,’ Rietveld replied to Mr and Mrs Slegers. But Gerda Slegers (1924) insisted time and again on a door until Rietveld eventually added a sliding door. Now almost 95 years of age, Mrs Slegers makes grateful use of it to this day.

Reinier Sinaasappel (1948), former director of the Singer Museum in Laren, was born in the house that Rietveld designed in 1936 for children’s author Hildebrand in Blaricum. Hildebrand lived there for less than six years, while the Sinaasappel family lived there for sixty years. Sinaasappel has fond memories of the place: ‘The house had its drawbacks, but we loved the house. When it rained heavily the flat roof leaked. Neither was the house properly insulated, the windows had single panes and steel frames. In cold weather the central heating was unable to heat the house sufficiently. So the family put on thick jumpers. In the severe winter of 1962/63 the central heating stopped working after a power outage and the water in the radiators froze. The family used twelve stoves to unfreeze the house and repair the burst pipes.’

A noteworthy house in the book is the house designed by Rietveld for Professor Parkhurst in Ohio, USA. Rietveld’s only house outside the Netherlands, it has never before been documented and photographed so extensively. The house as built differed in various ways from the original design, such as fenestration and materials. Moreover, since its construction it has undergone alterations both inside and outside. Even so, the hand of the master is clearly evident. ‘Rietveld never visited the house, because he was banned from entering the country owing to his alleged communist sympathies,’ explains Bronkhorst, who stayed in the house for two days. 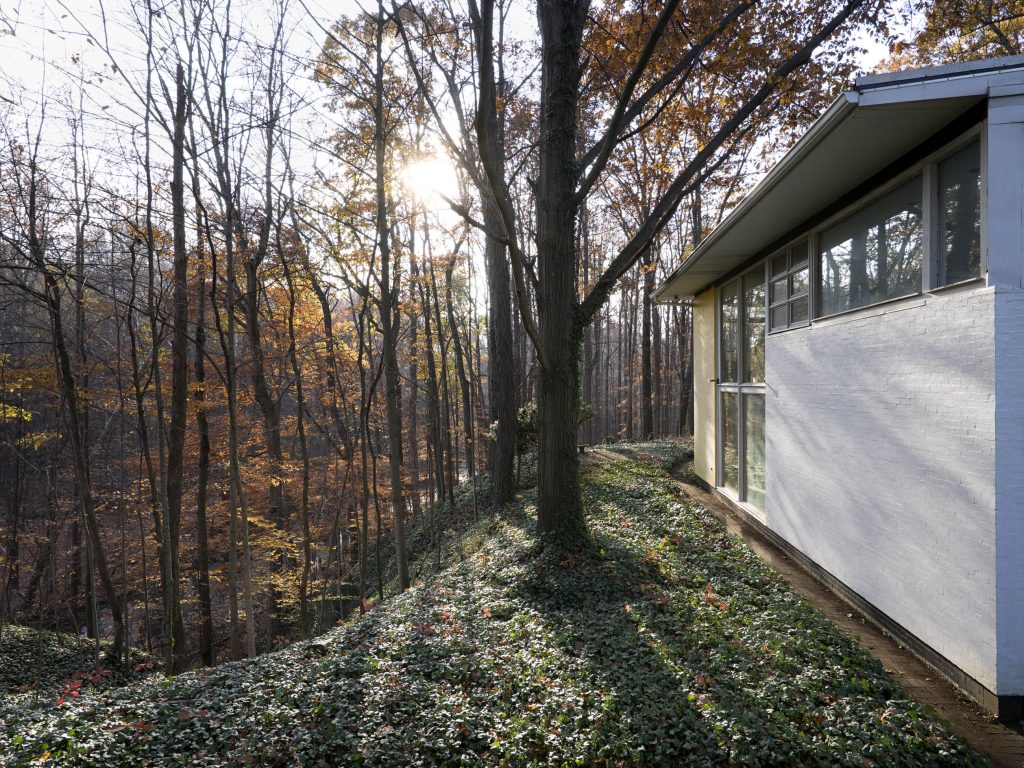 The photographs in the book show surprisingly intact Rietveld houses. Some interiors have hardly changed in half a century. This is both striking and encouraging. Bronkhorst reminds us: ‘For almost every new owner makes some alterations to a newly acquired house, with the bathroom and kitchen often most at risk’. At the same time, we should acknowledge that this book contains only a limited selection of houses that are still in good condition. ‘Of the hundred houses built by Rietveld, by far the majority have been altered. Together with the authors we researched 65 houses. We visited 45 houses to see for ourselves, and viewed the interiors of 33 of them. Twenty of those were eventually selected. Some are so unrecognizable that one can no longer justifiably refer to them as Rietveld houses,’ argues Bronkhorst. 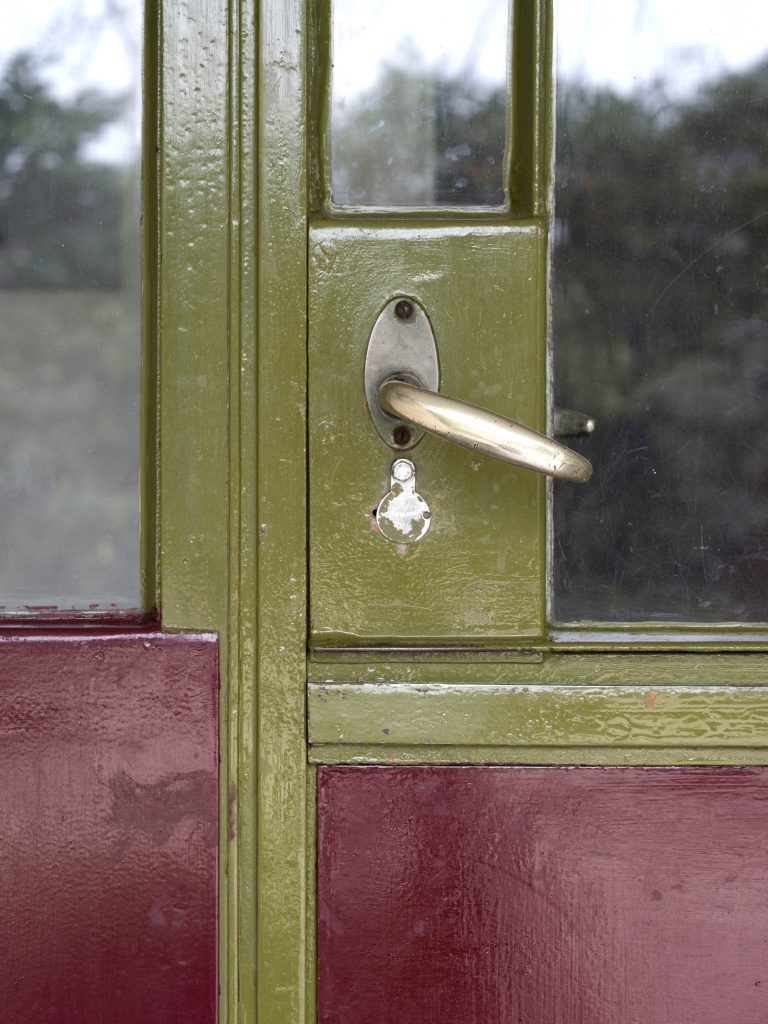 The new book by Dutch photographer Arjan Bronkhorst – Gerrit Rietveld. Wealth of Sobriety – tells the story of architect Gerrit Rietveld and his encounters with clients. What influence did his clients have on his designs and what’s it like to live in a Rietveld house? Containing more than 500 pages and almost 400 photographs, the book extensively documents 20 houses by Gerrit Rietveld. To produce the book and document the houses, Bronkhorst worked together with authors Ida van Zijl, Willemijn Zwikstra and Marc van den Eerenbeemt. He also collaborated with the Rietveld family. The design of the book by Dutch design studio Beukers Scholma reflects the ideas of Gerrit Rietveld. The book is entirely bi-lingual in Dutch/English.

See Ideabooks.nl for a list of booksellers in the US. The book is also available on Amazon.

Read a review by Wallpaper* here.

Arjan Bronkhorst (1972) is a Dutch photographer specialized in architecture and interiors. His work has been published in books, magazines and newspapers. In 2013 he published the celebrated book Amsterdam Canal Houses (Grachtenhuizen), the first print run of which sold out within a month. The photos in this book show the stunning interiors of Amsterdam’s city palaces, built in the 17th century, Holland’s Golden Age. The book received rave reviews, with the Volkskrant newspaper selecting it as one of the best photography books of the year. The Amsterdam Museum exhibited the photographs. The book has already been reprinted four times. In 2016 Bronkhorst released the bulky volume Kerkinterieurs in Nederland (‘Church interiors of the Netherlands’), for which he photographed 100 Dutch churches for Museum Catharijne Convent and the Dutch Cultural Heritage Agency.

Ida van Zijl, one of the leading Rietveld experts, wrote the introduction to the book. Authors Willemijn Zwikstra and Marc van den Eerenbeemt plunged into the archives and asked the residents what it’s like to live in a Rietveld house. Wim Rietveld and Martine Eskes, grandchildren of Gerrit Rietveld, wrote a personal foreword: ‘For us as grandchildren, this is an extremely valuable book. The photos breathe the simplicity and atmosphere that Rietveld intended. The residents are also captured in the photographs. Some of them are original clients of Rietveld or their children.’

The book also marks the launch of an initiative to bring the residents of Rietveld houses together. Many of the owners are looking for answers to similar questions concerning maintenance and restoration as well as heritage, in the hope of safeguarding an intact Rietveld house for future generations.