The book “New Netherland in a Nutshell” by American author and academic researcher Firth Haring Fabend present a concise history of the Dutch colony in North America. The book was created with the support of the New Netherland Institute, Albany, NY – an organization that helps cast light on America’s long-neglected Dutch roots.

The story of New Netherland is told in a highly readable fashion suitable for anyone unfamiliar with this important chapter in U.S. colonial history. From the exploration of Henry Hudson in 1609 to the final transfer of the Dutch colony to the English in 1674, this book introduces key aspects of New Netherland: the multicultural makeup of the population, the privatization of colonization, the ability to survive with meager means against overwhelming odds, and the transfer of distinctive Dutch traits, such as toleration, free trade, and social mobility, all of which persisted long after New Netherland became New York, New Jersey, Delaware, and parts of Connecticut and Pennsylvania. “New Netherland in a Nutshell” will satisfy the questions: who were the Dutch, why did they come here, and what did they do once they got here? 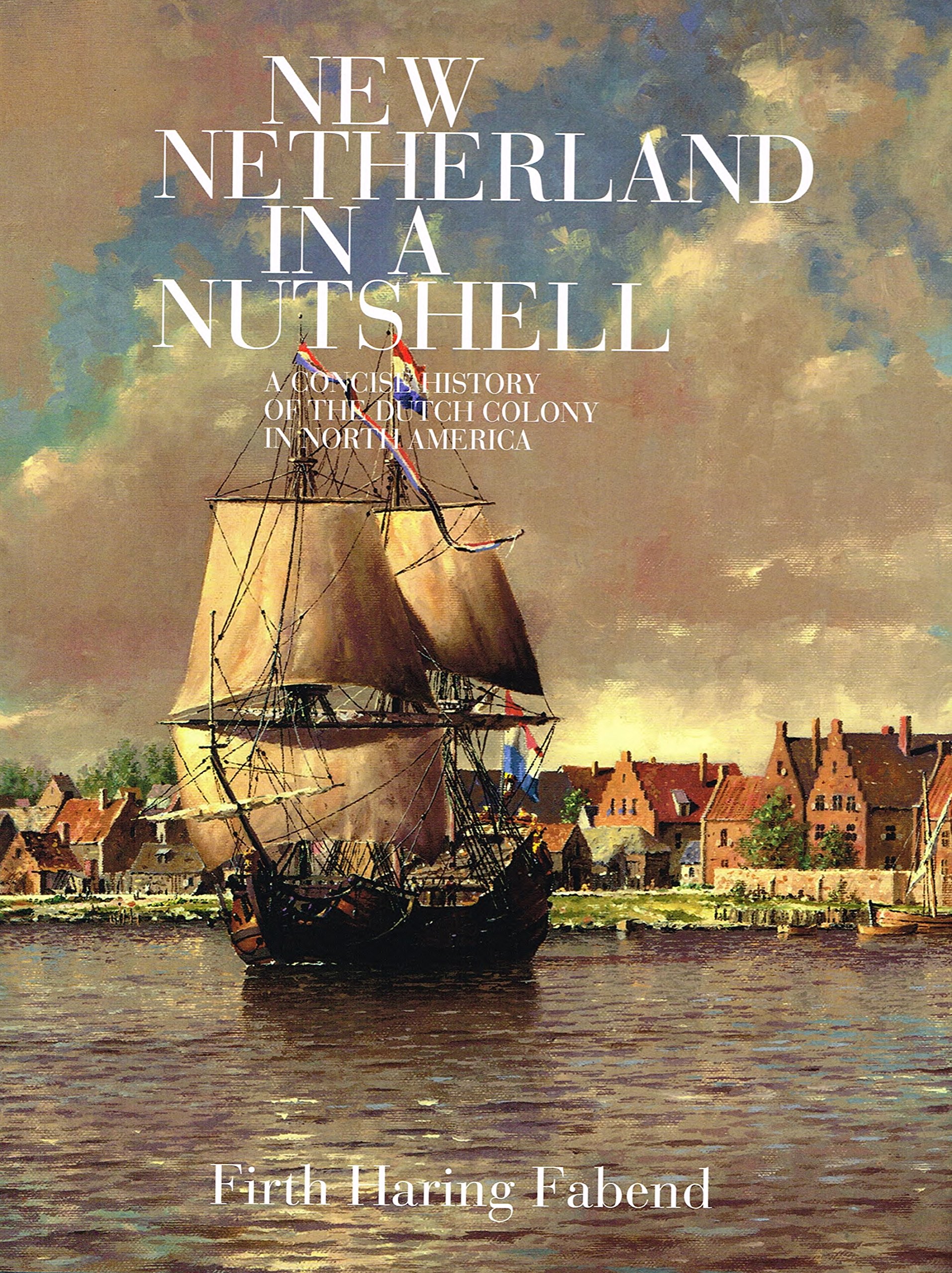 “For anyone seeking to answer the question, ‘What was New Netherland?’ this little volume is a handy, richly packed resource. It gives you the background, the actors, the action, and the legacy. In clear prose, it covers a lot of history in a few pages.”

author of “The Island at the Center of the World”

Firth Haring Abend was born in Tappan, New York, in 1937. She graduated from Barnard College and has a doctorate in American Studies from New York University (NYU). Her first published work was an essay submitted to the “College Board Review”. Her novel, “The Best of Intentions,” was published by William Morrow and in the U.K. by Macmillan. From there she went on to publish four further novels, one of which, “The Woman Who Went Away,” is now back in print in the Authors Guild/i-universe program.

Firth Haring Abend’s doctoral dissertation, “A Dutch Family in the Middle Colonies, 1660-1800,” was published by Rutgers University Press, as was a second history on the Dutch in New York and New Jersey in the nineteenth century: “Zion on the Hudson”. She has published numerous articles on the Dutch in America, she is a Charter Fellow of the New Netherland Institute, and a Fellow of The Holland Society of New York and of the New York Academy of History.