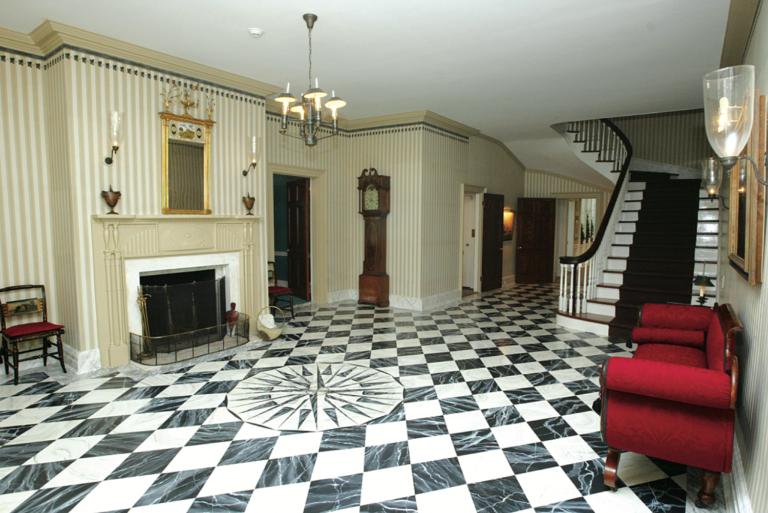 The Gracie Mansion Conservancy announced the launch of a new permanent educational feature on its website graciemansionion.org.

Gracie Mansion Conservancy presents ‘Horn’s Hook and the Shared Heritage at the Site of Gracie Mansion: A Historical Snapshot’. The Horn’s Hook web initiative’s centerpiece consists of three illustrated essays commissioned by the Conservancy from historians Dr Steven Jaffe, Dr Nicole Maskiell, and Evan Pritchard. Their charge was to inform Gracie visitors both in person and online about the site of their destination before the arrival of Archibald Gracie and his family in 1799 as New York City grew in size and stature as the young American republic’s largest city.

The site of Gracie Mansion reveals New York City’s history from its First Nation origins through the colonization by the Dutch and English and the birth of the American republic and continuing today with the ever-shifting and growing city of more than 8 million residents across five boroughs, three of which are visible from here.

Three illustrated essays for the Gracie Mansion Conservancy’s Horn’s Hook Project relate to the period of Dutch commercial and cultural jurisdiction of New Amsterdam from 1624 — 15 years after the voyage of discovery by Henry Hudson sailing for the Dutch West India Company in 1609 — until 1664 with English conquest and the advent of New York. The essays highlight the people and cultures of three continents: Africa: Europe: and North America through the prism of their complex 17th- century contact in the Dutch colonial outpost of New Amsterdam—in particular at the site of today’s Gracie landmark. Besides its stunning beauty and majestic sweep, the tri-borough panorama from the Mansion overlooking Hellgate describes of the most historic and strategic crossroads found anywhere in the City’s five boroughs. No understanding of The People’s House is complete with encountering this diverse geographic past.

Here, after centuries of succor and cultivation by the First Nationals of the Lenape people, a Dutch settler named Sybout Claessens in 1660 gained stewardship of this acreage from the Dutch West India Company and named it Hoorn’s (aka Horn’s) Hook after his native city of Hoorn in the North Holland province of the Netherlands.  Alongside such Dutch colonists and Native Americans were the Africans brought in bondage to this “new world” to help build the thriving city in essential ways, which four centuries later, are still being understood and acknowledged.

Essay 2: The Dutch Meet the Wappinger Confederacy at Hell Gate, 1645-1646
By Evan Pritchard, Descendant of the Mi’kmaq People of the northeastern woodlands and Director of the Center for Algonquian Culture 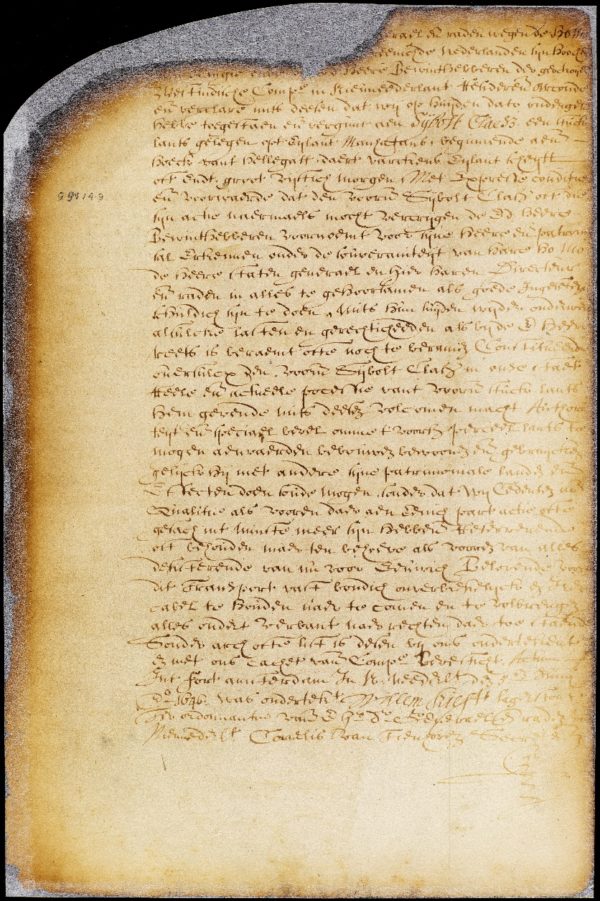 The original manuscript page in Dutch recording the grant by Willem Kieft to Sybout Claessens of land “at the point of the Hellegatt where Hogs’ Island [Varckens Eylant] separates or ends; containing 50 morgens… Done at Fort Amsterdam in New Netherland, 5 June 1646.” Courtesy of the New York State Archives. New Netherland. Council. Dutch colonial patents and deeds, 1630-1664. Series A1880. Volume GG.

Conservancy Executive Director, Paul Gunther: “We are grateful to the Dutch people for allowing us to extend the broad history lessons imparted here, especially as preparations are laid for a peaceful transition of power and the arrival in 2022 of the Mansion’s 11th mayoral resident on the 80th anniversary of the Federal-era landmarks conversion as official home of the City’s top elected official. We appreciate too the chance in a modest yet long overdue, site-specific way to contribute to the growing wealth of New Amsterdam and New Netherland scholarship led by the New-York Historical Society, The New Amsterdam History Center, the New York State Library, Archives, and Museum in Albany among many others making new discoveries annually.  These three authors with their distinct yet complementary perspectives fit the bill ideally.”

“Gracie Mansion is one of New York City’s oldest surviving structures and a living landmark with a rich cultural imprint. I commend Gracie Mansion Conservancy for addressing historical shortcomings and extending its public narrative through the Horn’s Hook Project,” said New York City Cultural Affairs Commissioner and Gracie Mansion Conservancy Board Chair Gonzalo Casals. “In addition to the Dutch colonists in the region, the project will share the diverse histories of the Lenape people and enslaved Africans who were brought to the area, bringing previously overlooked narratives to the forefront.”

Founded in 1981 by Mayor Edward I. Koch and its charter Board Chair, Joan K. Davidson, the Gracie Mansion Conservancy is a private not-for-profit corporation established to preserve, maintain, enhance, and enliven Gracie Mansion – one of the oldest surviving wood structures in Manhattan and home to the sitting mayors of New York City and their families since 1942, when the La Guardias arrived as the first official residents.