Last week, a small grasshopper was found embedded in a Van Gogh Painting at the Nelson-Atkins Museum in Kansas, Mo

A small grasshopper embedded for more than a century in the thick paint of Vincent van Gogh’s Olive Trees was discovered as part of research for a catalogue of the French painting collection at The Nelson-Atkins Museum of Art in Kansas City. The discovery is just one of the exciting results that emerged as scientific study and art historical research were combined at the museum to better understand the artist’s process.

The discovery was widely spread across the US media! Read more about it in The New York Times, the Guardian, NPR, ArtNews, Fox News, Hyperallergic and many more. 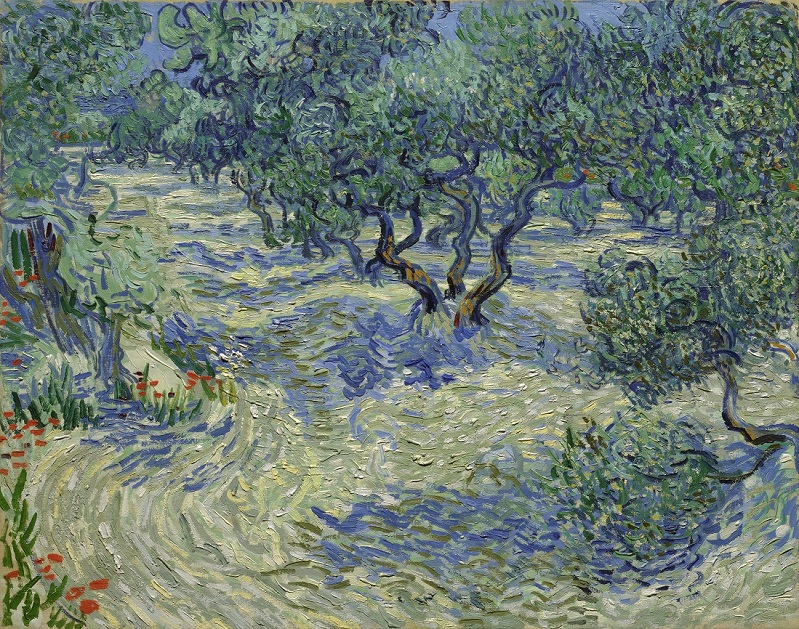 “Olive Trees is a beloved painting at the Nelson-Atkins, and this scientific study only adds to our understanding of its richness,” said Julián Zugazagoitia, Menefee D. and Mary Louise Blackwell CEO & Director of the Nelson-Atkins. “Van Gogh worked outside in the elements, and we know that he, like other plein air artists, dealt with wind and dust, grass and trees, and flies and grasshoppers.”

The new findings are part of work by skilled curators, conservators and outside scientists who are adding to the scholarship on 104 French paintings and pastels at the Nelson-Atkins. The resulting online catalogue will be published in installments beginning in 2019 and will be a definitive resource that offers extended entries for core works, including Olive Trees. 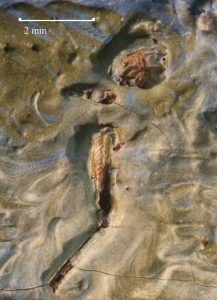 The artist’s letters often referred to his works by their dominant colors, which means the more recent changes in appearance can present uncertainty as to which painting van Gogh alluded to in his descriptions. With funding through the museum’s Andrew W. Mellon Endowment for Scientific Research in Conservation, more research is being conducted to evaluate the impact of these color shifts. The research is expected to clarify the original appearance of Olive Trees and to offer a clearer understanding of its place within van Gogh’s series of works on this theme.

About the Nelson-Atkins Museum of Art

The Nelson-Atkins in Kansas City is recognized nationally and internationally as one of America’s finest art museums. The museum, which strives to be the place where the power of art engages the spirit of community, opens its doors free of charge to people of all backgrounds. The museum is an institution that both challenges and comforts, that both inspires and soothes, and it is a destination for inspiration, reflection and connecting with others.

The Nelson-Atkins serves the community by providing access to its renowned collection of nearly 40,000 art objects and is best known for its Asian art, European and American paintings, photography, modern sculpture, and new American Indian and Egyptian galleries. Housing a major art research library and the Ford Learning Center, the Museum is a key educational resource for the region. In 2017, the Nelson-Atkins celebrates the 10-year anniversary of the Bloch Building, a critically acclaimed addition to the original 1933 Nelson-Atkins Building.