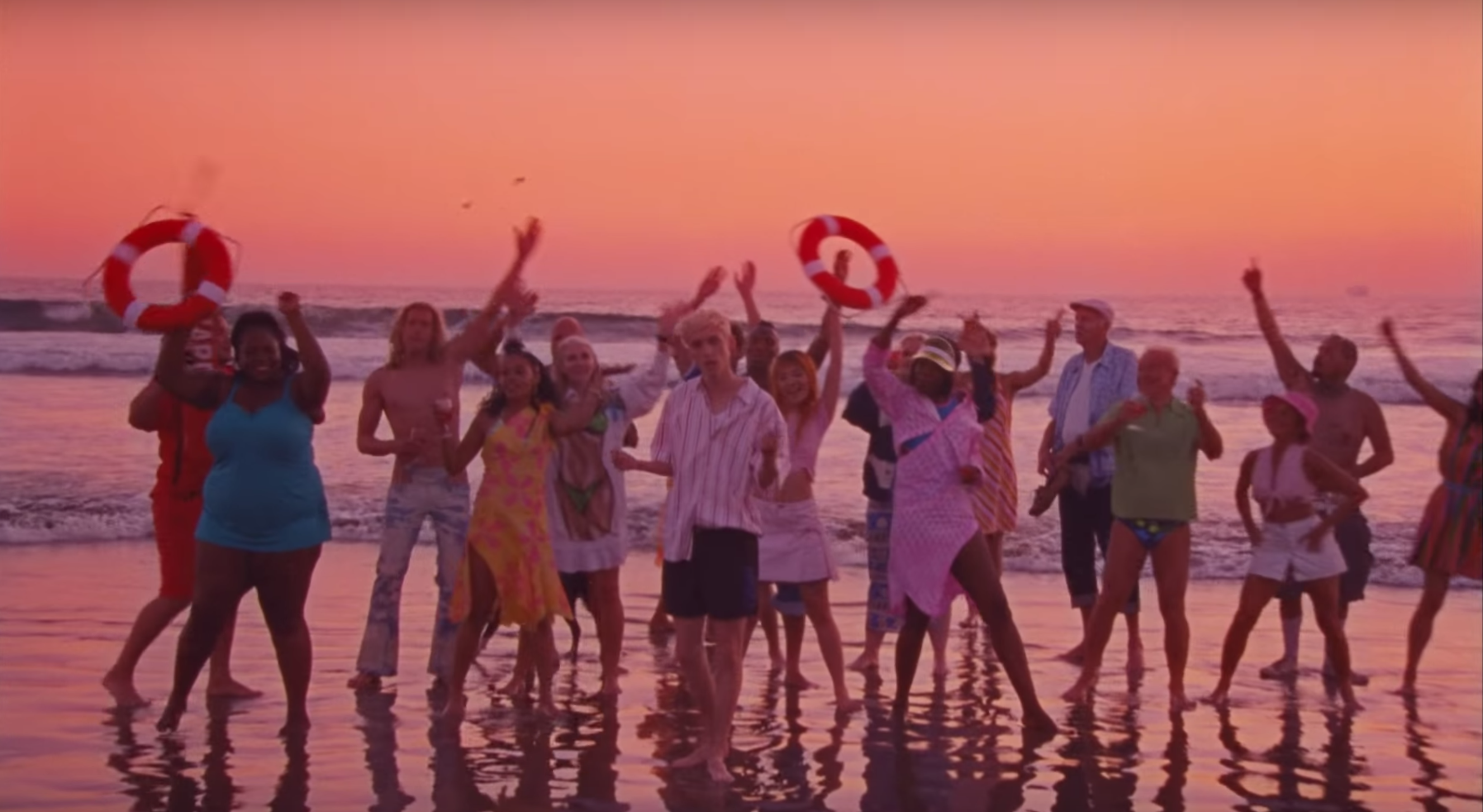 The deposits of Troye’s desire runs as deep and as fine as any; denim-dreams, never-ending swirly seams, and the potentially crushing moment of having your first kiss with that special someone.

"There are a handful of designers and stylists in the world that can create pieces that are, all at once, norm-defying, norm-subverting, and norm-friendly, and the Amsterdam-based Sophie Hardeman happens to be one of these designers . . . Hardeman is once again making headlines after styling Troye Sivan's newest music video, 'Lucky Strike.' Fans obsessed over the video almost instantly, but many were also buzzing about Hardeman's styling choices for Sivan.​" PAPER Magazine

Dutch designer Sophie Hardeman flew out to Los Angeles after being selected by Partizan to style Australian pop star and icon Troye Sivan‘s new music video for his song “Lucky Strike.” The song premiered on January 10th and garnered nearly a million views in it’s first day. The video was directed by Dutch filmmaker Emma Westenberg, also a friend, and featured Hardeman’s entire SS19 collection, which made waves in the press, being called out by name in Vogue Magazine, Paper Magazine, and other highly prestigious publications. Watch the video below!

"The Amsterdam-based genderless denim line Hardeman provided some of the relaxed clothes (aside from his Kenzo shorts), from Troye’s breezy red striped button-down shirt to his crush’s light-wash chambray top, left tantalizingly unbuttoned. Take a look at Hardeman’s cheeky website, which is made to resemble a raunchy Craigslist web page, to see more of Dutch designer Sophie Hardeman’s unconventional designs" Vogue

Hardeman is an Amsterdam-based denim brand by Creative Director Sophie Hardeman, who was recently honored by Forbes EU on their 2018 “30 Under 30” list. Sophie Hardeman graduated from the Gerrit Rietveld Academy in Amsterdam in 2015. Almost immediately after, Hardeman launched her own brand and demonstrated her first “Out of the Blue” collection at New York Fashion week that same year. Sophie and her namesake brand Hardeman have been deconstructing all that is normal about denim since Hardeman’s inception. This season marks Hardeman’s sixth collection and third year in business, punctuated by the launch of their secondary line, Happy Hardeman. Never boring, always sexy and slightly side of center, Hardeman is humorous, polarizing, and magnetic – as proven by those who wear it: fashion-forward style icons such as Rihanna, Lady Gaga, and Kali Uchis.

Sophie Hardeman will be returning to Los Angeles to show her new collection in March or April.