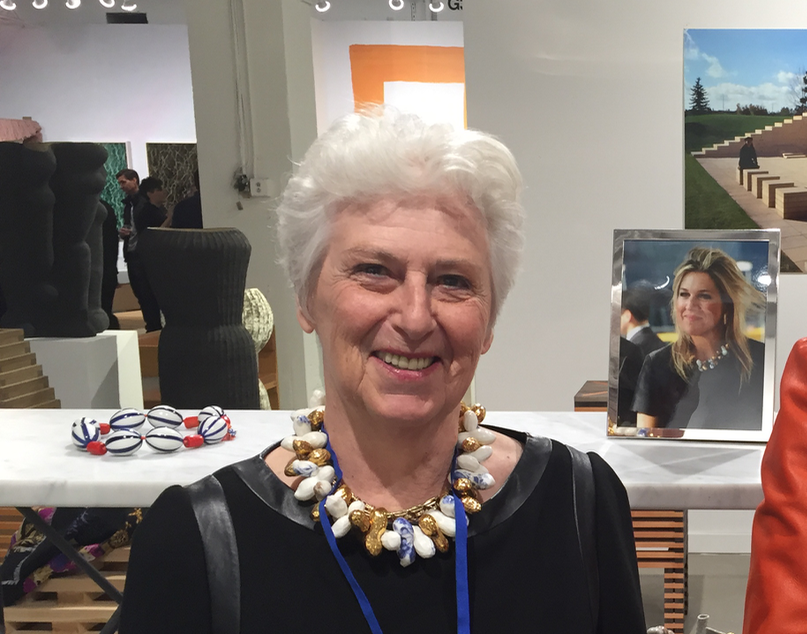 It is with great sadness that we learned of the death of our dear friend Frederieke Taylor on February 7, 2018.

For well over two decades, Ms. Taylor was a tremendous supporter of Dutch artists, designers, students, and other compatriots who moved to, or visited, New York City in order to find a place among peers in this magnificent center for the arts.

Throughout the years, Ms. Taylor would always find the time to provide advice, open up her network, make introductions, and in some cases even present the work of artists that she admired. Back in the 1990s she was the first to present a Marcel Wanders solo show in her gallery, and later on she would present work by the likes of Winka Dubbeldam, Pauline Wiertz, Raquel Maulwurf, and others. Through her work for the Leiden University Fund Ms. Taylor also was an invaluable mentor to Dutch students who came to study in New York. We know that the many young people she helped truly appreciated her sharing her knowledge and expertise, which in many ways provided important support at the beginning of their career.

Ms. Taylor studied in Leiden, the Netherlands, and at Yale University in the U.S. Since the early 1980s, she held many important positions in the American art world, including leadership roles at the MacDowell Colony in New Hampshire and the Skowhegan School for Painting and Sculpture in Maine. In New York City she made a mark as the Executive Director of the Lower Manhattan Cultural Council, the president of ArtTable and the Meredith Monk House Foundation, and of course as the founder of TZ’Art—together with Tom Zollner–and the eponymous Frederieke Taylor Gallery. Many other arts organizations benefited from her unwavering support through board and advisory positions, such as Art in General, Storefront for Art and Architecture, and Franklin Furnace Archives.

Art may have been Ms. Taylor’s favorite pastime, but throughout the years we learnt that her passion lied—above all—with her family. She spoke lovingly about her children, grandchildren and the many other siblings in her extended family. Our thoughts are with them, and we wish them strength during this difficult time.

With the loss of Ms. Taylor, we lose not only an ambassador for Dutch art, but, first and foremost, a kind, warm and humorous friend. We will miss her dearly.