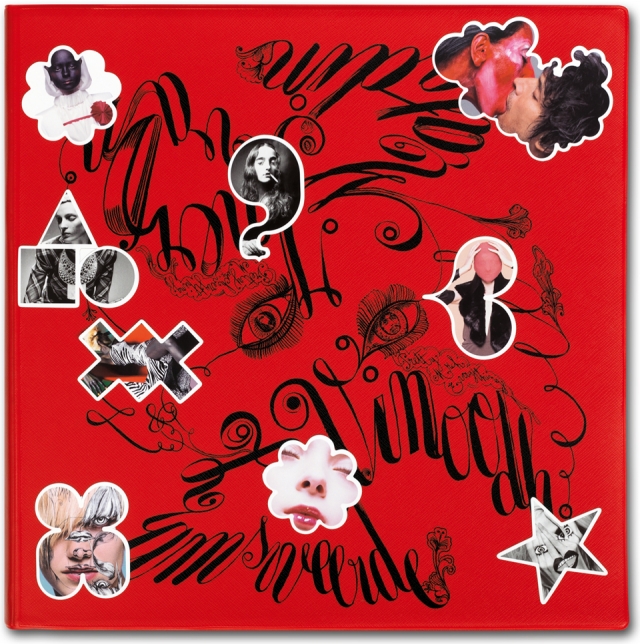 Now available by Taschen: “Inez van Lamsweerde/Vinoodh Matadin. Pretty Much Everything,” an affordable version adapted from a previously published limited edition. This new edition comes with a sheet of stickers so you can personalize your cover. Designed by M/M Paris, with text by Glenn O’Brien. Flexicover in slipcase and poster, 10.4 x 10.4 in., 704pages. New edition, only $ 69.99 (Original edition $ 700). Multilingual Edition: English, French, German.

Inez van Lamsweerde and Vinoodh Matadin’s work has graced the walls and pages of some of the world’s finest galleries and fashion magazines, and if it is surprising that their photographs easily float between these worlds, it is by virtue of their ease in creating imagery that seeks homes in both culturally elite and mainstream outlets. For some of their photographs, such as their portrait of Björk or campaign for Givenchy, van Lamsweerde and Matadin have worked in collaboration with the art directors M/M (Paris), who have also designed this retrospective that looks back at “pretty much everything” that the photographers have been working on for over two decades and that has brought them to the forefront in the fields of both art and fashion.

Established in Paris in 1992, M/M Paris is an art and design partnership consisting of Mathias Augustyniak and Michael Amzalag. They are best known for their art direction and collaborations with musicians, fashion designers, and contemporary artists, including Björk, Madonna, Yohji Yamamoto, Balenciaga, Pierre Huyghe, and Inez van Lamsweerde & Vinoodh Matadin, as well as magazines including Vogue Paris, Interview, and Purple Fashion. In addition to solo shows in galleries in Europe and Japan, they have participated in exhibitions at Centre Pompidou and Guggenheim New York, and their work is featured in public collections around the world.

Glenn O’Brien is a writer who lives in New York. He is the author of How to Be a Man, Human Nature (dub version), and Soap Box.