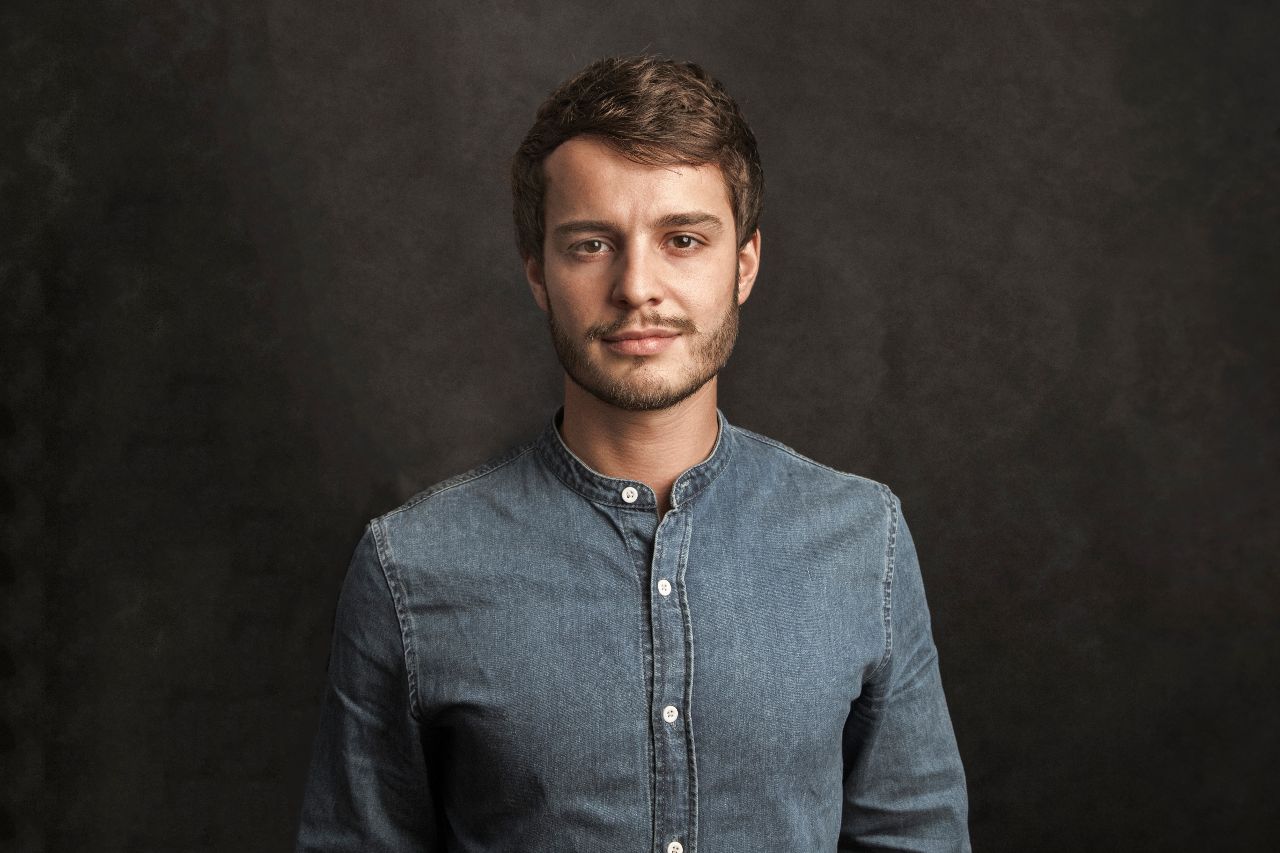 We sat down with saxophonist and composer Ben van Gelder to look forward to his upcoming album and tour.

Ten years ago, composer and saxophonist Ben van Gelder exchanged Groningen, the Netherlands, for New York. While he was only 17 at the time – “a little young” – Ben had already decided on his move five years earlier. As a determined teenager, Ben was always contemplating his next step. How about now? “I always used to be in a hurry, but now, not so much anymore.”  We sat down with Ben to reflect on the American adventure he started all those years ago, and to look forward to his upcoming album and tour.

Ben’s musical career did not come out of the blue, as he grew up in a household that was built upon music. His father owns record store “The Swingmaster” in Groningen, while his mother is a classical musician. Quite organically, Ben and his brother ended up in the same industry as their parents. The brothers both initially picked the piano, but Ben decided to take a different turn at 11. “When I heard Benjamin Herman playing the alto saxophone for the first time, it made a huge impression. I thought, wow, if I could play alto saxophone like him, I’d go for it.”

And by now, we know he went for it. With a little help from the Van der Ende Foundation and the institute itself, Ben became a student at the New School. Here, he met most of the members of his band – the Ben van Gelder Quintet – so most of them have stuck with Ben for ten years.  “It’s an extraordinary thing, because you really build something together over the years. Even though we all changed our approach to the music – a necessity – we still have enough common ground to continue this thing we have.”

The New School offers their students the opportunity to pick and pursue their own teachers. Ben chose Mark Turner, one of his childhood heroes (and one of the most influential tenor saxophonists of the late 20th century, red.). “They meet you at their own homes, which helps to build a personal relationship with your teacher. It was an amazing experience, that brings you in touch with the musicians who are closest to your heart.” Later down the road, Ben even joined his teacher on a tour through Japan, and occasionally, they still play together in the city. “Not that often. He is one of the busiest people I know.”

When we ask Ben about the most beautiful jazz venue in New York, he names the Village Vanguard in the West Village. Why? “It is a temple. It may not seem much from the outside; it’s basically just a basement that fits 100 people on uncomfortable chairs, and the drinks are expensive. The sound is good, but that is still not what it is about. It is the history of the place – instant magic.” Additionally, Ben names Smalls as a “fun” place to perform – despite the equally uncomfortable chairs. “Smalls is great; I always really enjoy playing there. I love the space, and there are always cool people around to hear you play.”

Besides a soloist and bandleader, Ben composes his own music. In order to write, he needs to retreat from the hustle and bustle of New York. This can be a challenge in a city of 8 million noisy souls. “Composing requires solitude. It is just like writing an essay or thesis; you need a certain mind-set and concentration. Sometimes, nothing happens for hours, but it’s all about those little moments when things suddenly connect. You need to create enough space around you to make that happen.”

Being a jazz musician in New York might be a romantic ideal, it is also a tough reality. Keeping up both the work and the image, requires sacrifice. Performances can be scarce, and badly paId. “If you are lucky, you get fifty percent off your drinks. It’s just how it works here. When I perform in New York, I am not expecting to get anything out of it financially.” In some ways, New York has made Ben more practical about his work – both realistic and inventive. “More than anything else, New York is my studio – I share my music with the outside world in different ways. For example, by recording an album, or performing outside of the US. In Europe, my audience is a lot larger than here.”

So why stay? After ten years, Ben feels it might be time to move on to his next chapter. “New York is a steamroller; it goes on forever. There are little moments where you can take the time to stand still and reflect. With myself, I have noticed that in those moments of peace, something happens. Not when I am running around all day.” Nevertheless, Ben knows he will always stay connected to New York, even when he moves back across the pond. “It is very valuable, the people I know here, the energy of the city… I have noticed that I can take that with me everywhere I go – even if I won’t be here for a while.”

But first, on to his next cd. Is it very different from the previous ones? “Wow, thank God it is. It was a great experience, I had so much fun working in the studio the third time around. With the first two records, it was kind of a struggle. Recording is a whole different discipline on its own, and it takes some time to get used to – you need to practice.” Now, Ben feels like he is more in control. “This time, I feel like I have risen above the material; there is more of an overview.”

Even though the material was already there, Ben felt like he wasn’t ready for a long time. To him, the two-year run-up proved to be what the album needed. “It has become larger in format, and larger in sound: a little bit more orchestral. Only two of the recordings are with a quintet, while the others are septet. Also, the compositions are more detailed – there are more written notes. While there was plenty of room for the individual musicians to express themselves, more of the work was decided upfront.”

New York represents a dream for many musicians: a million worlds away from the jazz scene in the Netherlands. Ben adds some nuance to that image. “Don’t get me wrong – it’s not the same. But to me, the gap seems to be shrinking.  These days, all the information is available to anyone, anywhere. In the past, you had to wait for a certain album to drop in Europe, in order to be able to listen and learn from it. Now, everything can be consumed by everyone at the same time. It makes a huge difference.”

Nevertheless, Ben can recognize a New York musician anywhere. “I have come to recognize a certain urgency in their playing. Nothing is handed to you here, and the competition is incredibly tough. It brings out the extreme in people, and most leave as better musicians because of it.” Just like Ben himself? “Absolutely. I feel like I grew up here.”

After ten years, New York has become his home. But will he stay? “It is intense. I met some of my best friends here, built another family being far away from my own. I learned, I fought, and I accomplished many things. But whatever happens, I remain an immigrant. Even though I integrated into American society very well, I will always feel like a bit of an outsider.”

Right now, the balance tilts towards the other side, and to Ben, that’s okay. “Distance is relative, also because of technology. When I perform at Cornelia Street Café (a jazz venue in the West Village, red.) for sixty people, everyone considers it a success, while your reach is actually quite small. Because, why would you care? You are a musician in New York! With that in mind, I find myself wondering what I am doing it for – for myself and my career, or for the way other people see me? Being a musician in New York helped me to book performances abroad, and it got me the opportunity to learn from and play with incredible musicians.  But for now, it’s time. I am ready for something else.”

The pre-release of Ben van Gelder’s new album is expected in October.