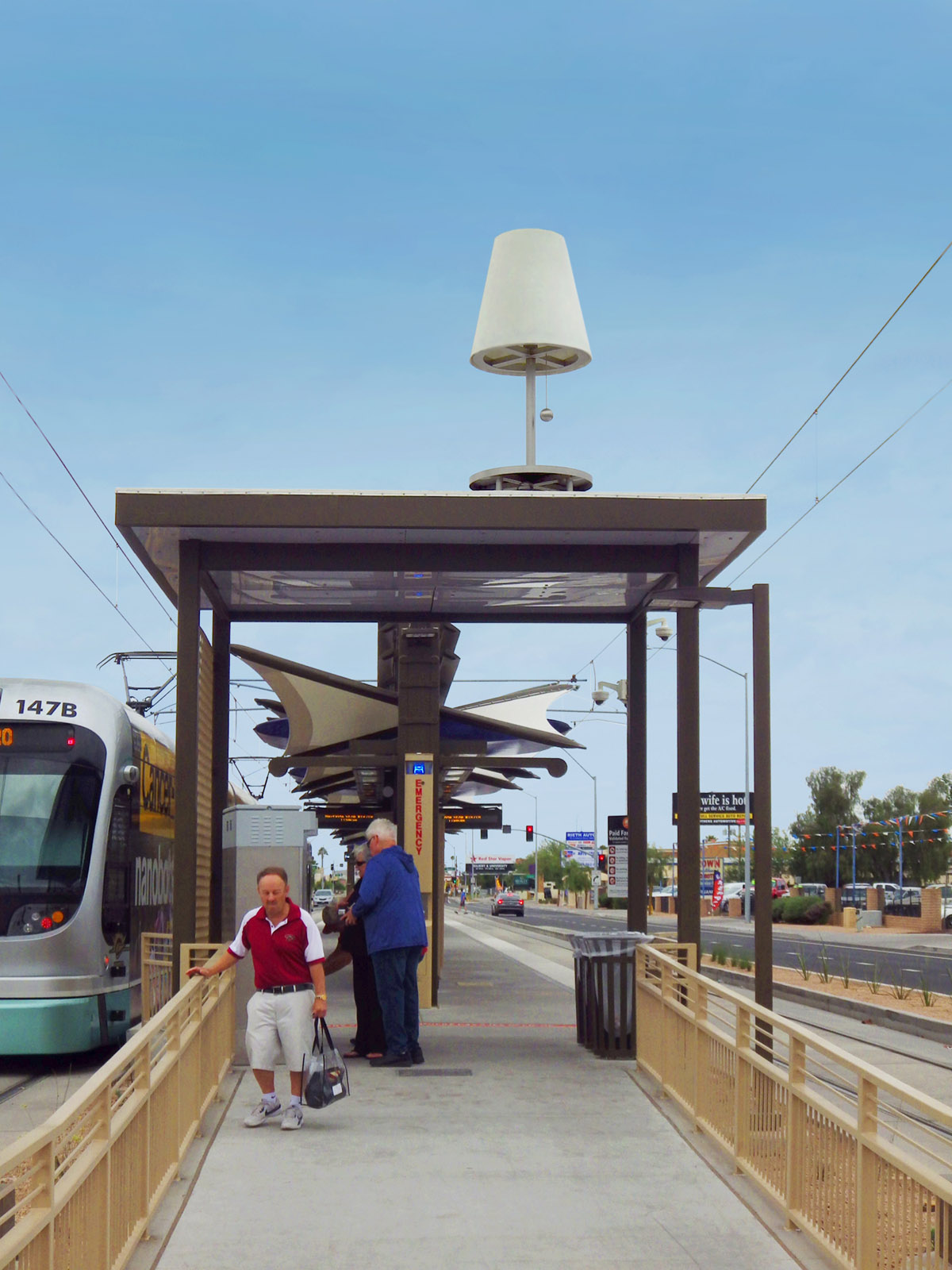 Hans van Meeuwen is a Dutch visual artist who makes drawings, sculptures, and often works on big public art projects. He studied at the Royal Academy of Art and Design in the Hague and worked in the Netherlands until 1991. He has since lived in Germany and has been living in Brooklyn, New York since 2004. In 2015, Hans van Meeuwen was commissioned a special public art project by Valley Metro Rail in Phoenix; he was to design art on the platform of one of the stations of MTA, Phoenix.  After three years of working on this project, it was finished earlier this year. We had the opportunity to ask Hans van Meeuwen a couple of questions about this project and his artwork. 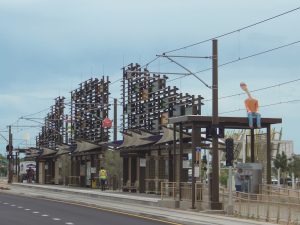 Q: You recently finished a special project for MTA Phoenix. How did this project come about?

A: This project is an extension of an existing light rail line with 2 extra stations, a park-and-ride facility and a regional bus station. For each of the 4, there was a public art commission. I was invited to “do” the art on the platform of one of the stations. I was selected through an open application process. Artists who were interested could send in a selection of images, a CV, a statement and so on. The commission was an over 3 years long project. And it was an interesting project in many facets. Also, the complexity of the web of institutions and companies I dealt with. I was commissioned by Valley Metro Rail in Phoenix. But there was the engineering company designing all the technical stuff, the architectural firm for the station architecture, the City of Mesa (where the station is), the construction company, building the stations and the line (and its various subcontractors). And then, my own subcontracted companies. I felt sometimes more like a conductor and/or a diplomat, trying everybody to work together, and with each other.

Q: What was your inspiration for this project and what is the idea behind the artwork?

A: It is a station that serves the residential neighborhoods around. I was thinking of the many kids that grow up in the area. I wanted to design something that would trigger their imagination (and everybody’s imagination no matter what age). I wanted everybody to “take a trip into their own fantasy”. You travel from here to work, to your dentist or to the library. But you can also travel in your fantasy.

Q: At one point, there was a lot of discussion about the artwork in the municipality of Mesa. What was the reason for this and how did you deal with the criticism?

A: We did a lot of community outreach before and during the design process, which is a good thing. The figure with its long neck, sitting on top of a canopy, welcoming everyone onto the station, was a very difficult thing at first. We did various public hearings for residents in the neighborhoods. I explained on stage my designs and the ideas behind. There were very strong opinions both against and in favor of the idea, with heated discussions among the visitors of the hearings. Now that the work is installed, the public review has very positively changed. At the opening, everyone liked it very much. A woman told me that, at first, she did not like the idea at all, but now she sees the humor in it and she loves it.

A: I left the Netherlands in 1991, I moved to Cologne, Germany and in 2004 I came to Brooklyn. I have shown a lot in Belgium at the time. The Netherlands is what is different, in the sense that, at the time I left, the whole art-scene was dominated by just a few public institutions. In the other countries, it is much more de-centralized, and with a strong private market. Both Germany and the USA are big countries, which gives a certain openness to their various different art scenes as in those countries we do not and we cannot “all know each other”. And then, opposed to Europe, the USA has a culture of optimism. (due to the current political situation, this regrettably has diminished enormously). The “this is great! let’s do it!” mentality here makes that things can all of a sudden go fast. In Europe, we need to sit on it for a while, we need serious reports written by an expert and so on. That is more long-term planning.

Q: Are you working on any new artwork/projects at the moment and if so, what can we expect from your future work?

A: I was very privileged this year to have received two large grants (Pollock Krasner Foundation and Adolph and Esther Gottlieb Foundation), so I am very happy to be fully dedicated to my work in my studio. I have done and doing various group shows this year in Brooklyn, Boston and the Hudson Valley. Right now, I am one of the 3 finalists for a public art project in Boise, ID. 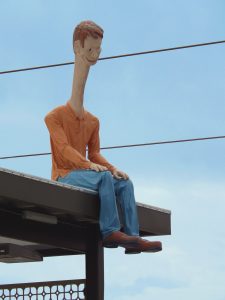 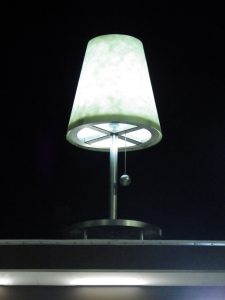 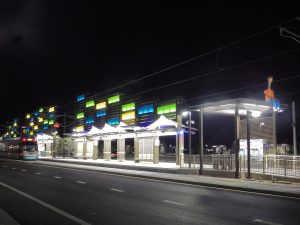 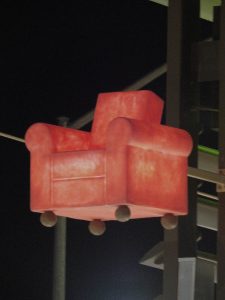 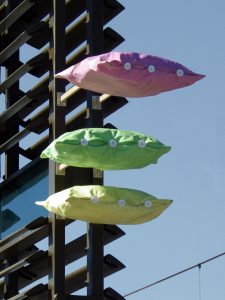