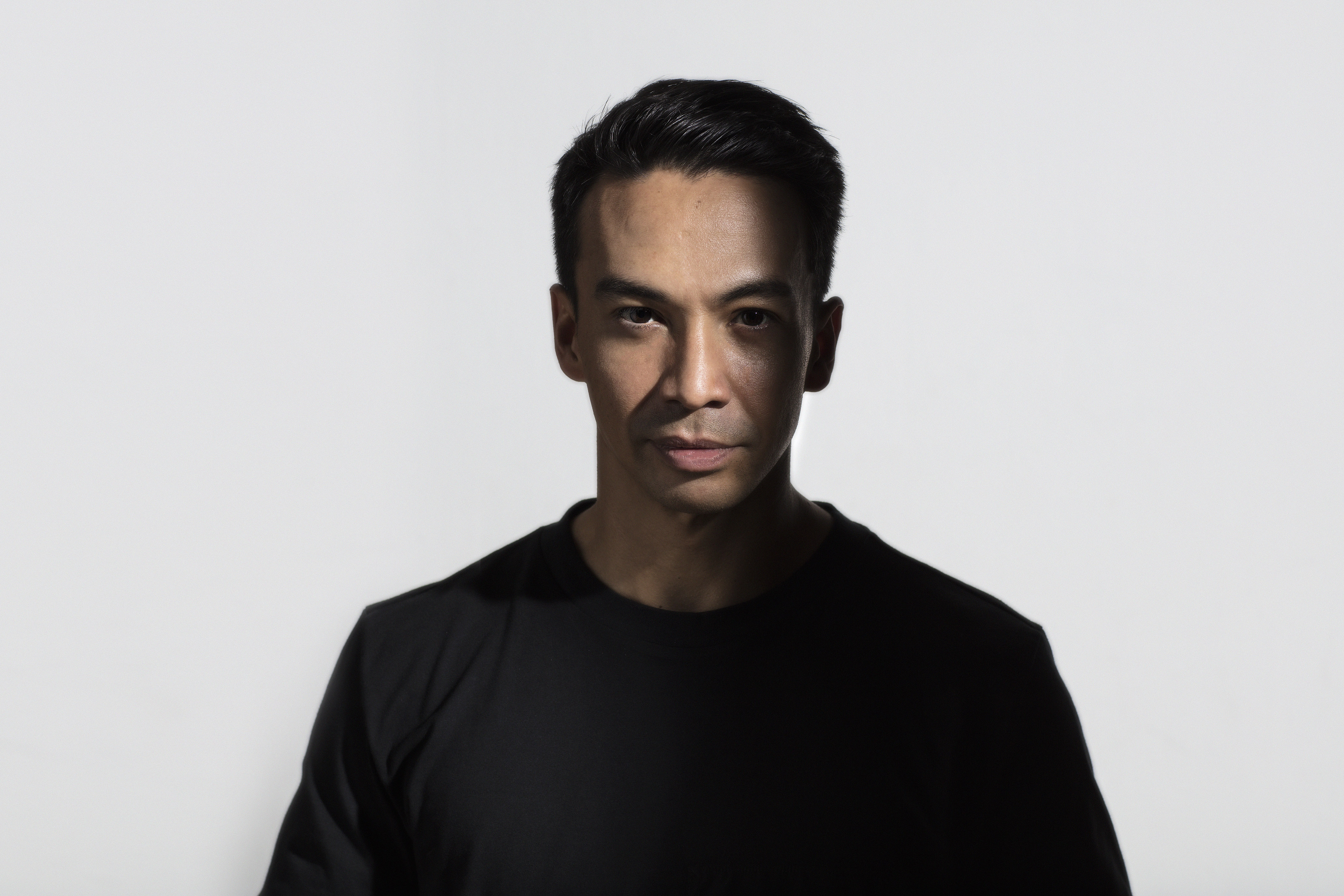 DutchCultureUSA interviewed with EDM icon Laidback Luke, here is what he had to say

In early May, DutchCultureUSA interviewed with Laidback Luke, an absolute icon of the Dutch dance scene. Laidback Luke has always been a leading light in music of the present day as well as the future. The Dutch hero continues to enjoy a hugely varied and consistently noteworthy career in the game.

With a reputation as a serious talent scout and for being one of the nicest guys around, he has built himself a mightily impressive musical empire that has touched the highest reaches of the music industry. We asked him about his experiences in the US so far, his “strictly techno” set, and his favorite festival, you can read it all below.

When asked what Luke finds the greatest difference in the US as compared to Europe, he says that ‘luckily, there’s still a big club scene in America. In Europe, this currently isn’t relevant anymore and it’s been all about the festivals. I came from the club scene so I do miss that in Europe.’

He continues by pointing out how EDM scenes developed differently by a striking example: ‘Typically, the trap and dubstep scene is unique and individual movements within dance music that has typically been nurtured and harvested in the USA.’

Luke’s initial aim was to bring the Dutch sound to the States. ‘Mixing and mashing it up with a lot of pop so that people could still relate to it.’ Once America got used to dance music, Dutch DJs were able to go deeper, and that’s when future house grew big. ‘Right now rap is back in its trap form and everything seems to be a bit more uptempo at certain points in the DJ sets.’

Being a kid in the ’80s and a teen in the ’90s, Luke grew up in a time when American culture got heavily glorified in Europe. About his first few times in the US he says ‘it was like walking into a movie, visiting places like New York, Miami, and LA. It was love at first sight.’ He adds that ‘although it does feel very normal now, having an American daughter and girlfriend, I’d actually love to grow old here!’

Reading from our monthly Dutch Dance Agenda it shows that Las Vegas and Miami are key hubs to Dutch DJs, yet Luke was unable to pick a favorite city; ‘I love it all!’ He did mention how California always treats him well. Despite those West Coast vibes, one of his favorite festivals of which he has good memories remains Electric Zoo in New York, NY.

True fans will have noticed that Laidback Luke is somewhat of a musical chameleon, able to change style and exactly give the audience what they need. Recently especially his “strictly techno” nights stood out. ‘My roots are in techno. My breakthrough as a DJ was at Awakenings in Amsterdam in the late nineties.’

But, his taste in music has always been much broader than just techno, or just Dutch house. ‘It’s an interesting thing, if you compare it to food. When eating food you’re not just restricting yourself to just eating burgers, or just eating sushi right? I’m a music lover first! It’s been nice grabbing back to my roots again. It’s quite the opposite of my EDM sets, but – not even a Dutch pun – doing techno sets is like riding a bike, it comes very easy to me!’ Anyone who has ever seen (or heard) one of his “Strictly Techno” sets can certainly agree to that.

However, such sets are not to be found everywhere. ‘We usually pick out the cities that will understand it the most, and within those cities we’ll pick the venues that are legitimately techno venues. It has to be real like that!’

Luke also tells us how he has been lucky to have been performing in the States for over a decade now. ‘I have quite the loyal following and that’s something that has been nurtured and grown after all this time. I can imagine it would be very tough to break through as a new Dutch DJ.’

His view on the (foreseeable) future is optimistic. Although he thinks EDM has reached its absolute peak in terms of popularity, ‘it will always morph into something else. People will always still want to dance to music so I’m not worried. There are already rumors of bringing the signature EDM sound back!’

He concluded with some final words for his Dutch-American fans: ‘I hope to see you at my shows and maybe we can speak a bit of Dutch! It’s always nice to be able to speak a bit of that while I’m abroad.’

Do you want to keep track of where and when Laidback Luke is spinning in the States? Follow our #DutchDanceAgenda on our blog and Twitter! 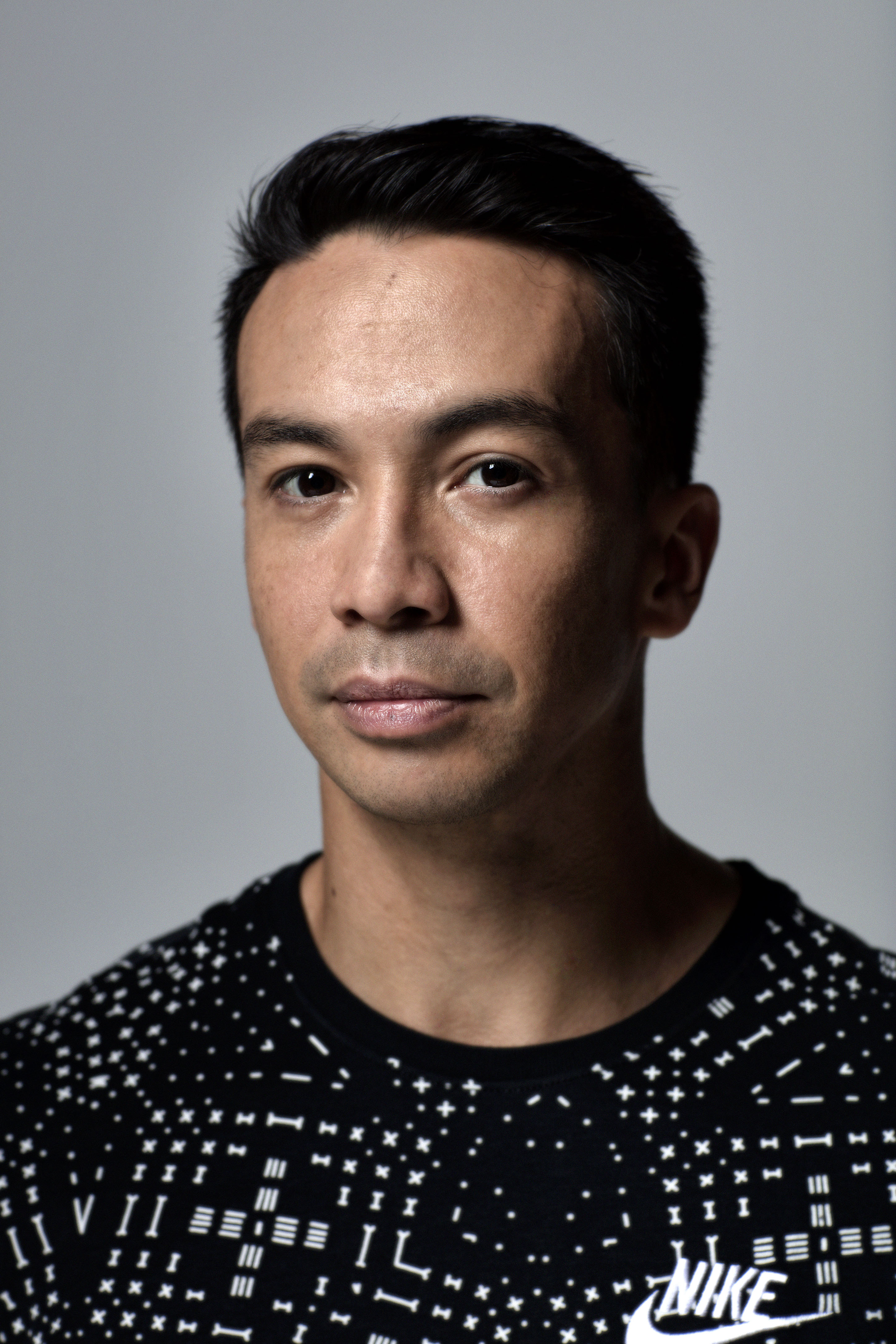 Within his first year of producing music in the mid-’90s, Laidback Luke was remixing dance legends like Green Velvet and Moodymann and having his tracks licensed by Carl Cox for his compilations, laying down the base as an artist to watch. A prolific output saw him conquer the underground, and by 2003 he was remixing the likes of Daft Punk. As the noughties progressed, he laid the foundations for the distinctive Dutch house sound that would provide one of the building blocks of the EDM sound and help bridge the gap between dance and pop / urban music.

With chart crossover hits and remixes for Mariah Carey, Robin Thicke, Madonna, and Nicki Minaj, three albums under his belt, and not to mention hundreds of dancefloor hits, he is a hugely accomplished producer.  In November 2015, he released his eclectic third album ‘Focus’, which proved him once again to be an artist with wide ambitions and a very skillful spectrum of styles, while his steady run of singles continues to keep him at the forefront of dance floors across the world. 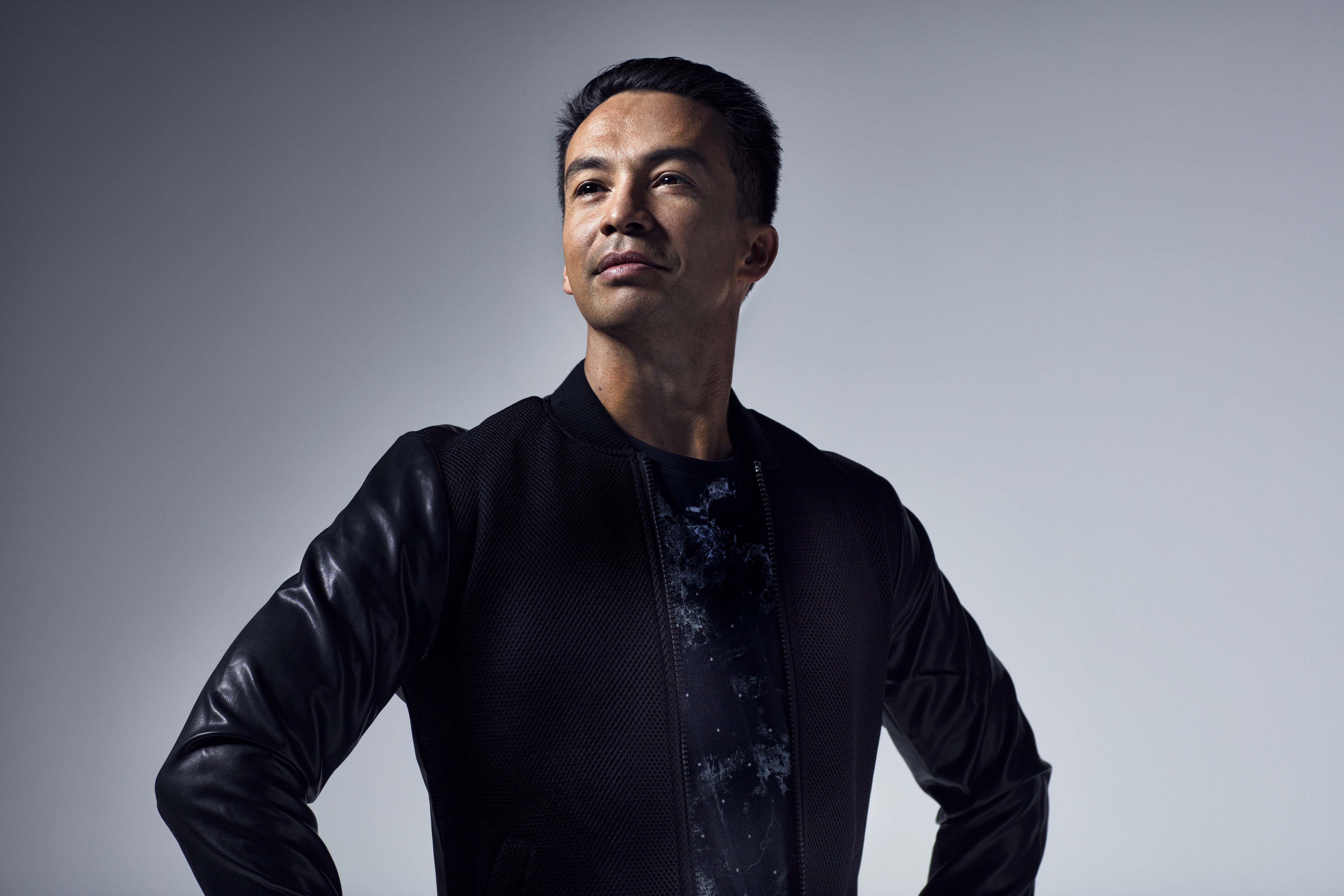 His scouting skills have served up an impressive array of big hitters on their way up including Avicii, A-Trak, Bingo Players, Knife Party, Afrojack and Steve Angello among others, all while pushing the commitment to discover and support new talent which is at the heart of what he’s all about. He has emulated that role in his capacity as founder and A&R of his own Mixmash Records, renowned for presenting music trends of the past, present, and future. His wealth of experience and ear for talent have seen him undertake the role of a mentor for the dance scene, while his dedication to personally replying to every tweet he receives confirms how much he values his huge, loyal fanbase.

As a DJ, he’s a continual fixture on all the biggest dance stages in the world, with regular dates at the clubs and festivals like Sensation India, Ultra Music Festival, Tomorrowland Brasil, Cream Ibiza, Ministry of Sound, Daylight in Las Vegas and Creamfields, to name just a few. His Super You&Me club nights gave early bookings to the likes of Skrillex, Snake, Dada Life, Zedd, Diplo, Hardwell. Avicii even made his worldwide DJ debut on one of the infamous Miami editions of this all-inclusive event, again establishing his track record of supporting big names ahead of the curve. His events continue to swell in size with regular parties in Miami, Ibiza, and beyond. 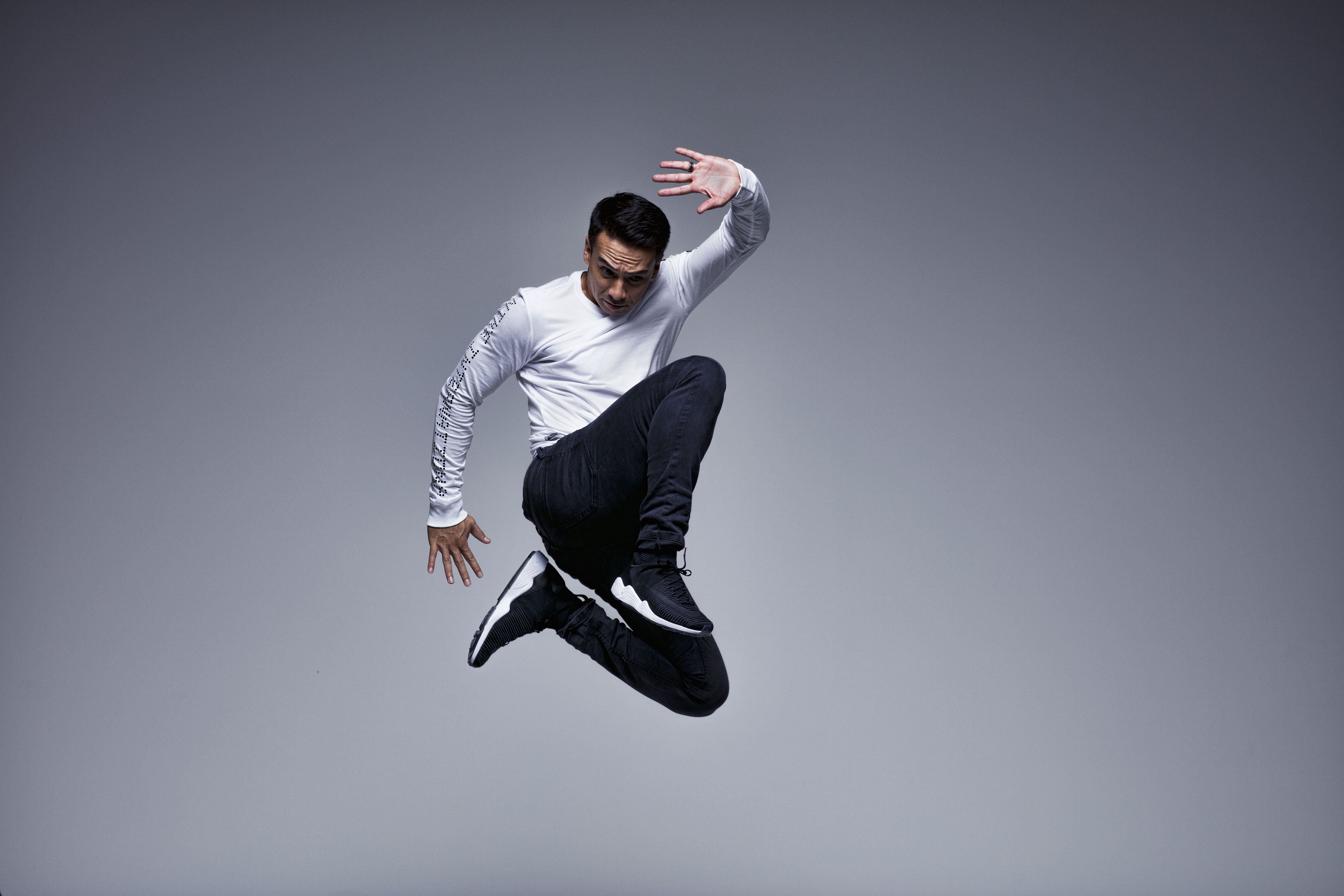 Recent times have seen him continue his dancefloor domination by producing a slew of killer tracks with both the world’s biggest names and newcomers alike, including Afrojack, KURA, Will Sparks, twoloud, Mike Cervello, GTA, and Aruna. His commitment to discovering and nurturing new talent is key to his ethos, with his reputation as a mentor proceeding him. For him, it’s only natural to share his wisdom and support in the same way his peers did when he was coming up.

His popular weekly vlog ‘The Real World: DJ Edition’ gives an insight into his intense life and maintains a direct connection with fans, while his healthy lifestyle sees him extol the virtues of tai chi, yoga, healthy food and his beloved kung-fu (in which he’s participating in the World Championship in Hong Kong) over hedonism and excessive partying. On top of it all, he is also a regular contributor to Billboard where he spills his thoughts and wisdom on the scene in his acclaimed column. All this combined makes him a truly unique and inspirational figure in the dance music industry, and one who will contain to play a vital part in it for years to come.

With residencies at Light and Wynn in Las Vegas, and a stack of new releases and his fourth album soon to come, things are only going to get bigger and brighter for this true legend!