Interview with Actress Thirsa van Til

Read more about Thirsa van Til's life as an actress, her solo co-production 'V: Virtue of Victory', her inspirations and aspirations.

After moving to New York in November 2016, Thirsa van Til performed the international premiere of her solo theater piece ‘V: Virtue of Victory’ on November 30 at Theaterlab New York.  Written, performed, and co-produced by Thirsa herself, the play interweaves the narratives of Truus Menger, a female Dutch resistance fighter during the German occupation, and Traudl Junge , Hitler’s personal secretary until his death in the Führerbunker. Based on verbatim accounts by the historical figures and Thirsa’s own interviews, the play combines and contrasts the life stories of two women, aged only 17 and 22, at the heart of the 20th century’s bloodiest conflict. Both women made life-altering choices of which they could predict neither the outcome, nor the extent to which they would shape their post-war lives. Originally titled ‘Om in de Overwinning te Geloven’ (In Order to Believe in Victory), the co-production with Studio Dubbelagent has enjoyed a successful run in the Netherlands and has been presented annually for the past four years to coincide with VE Day and Dutch Remembrance Day celebrations. 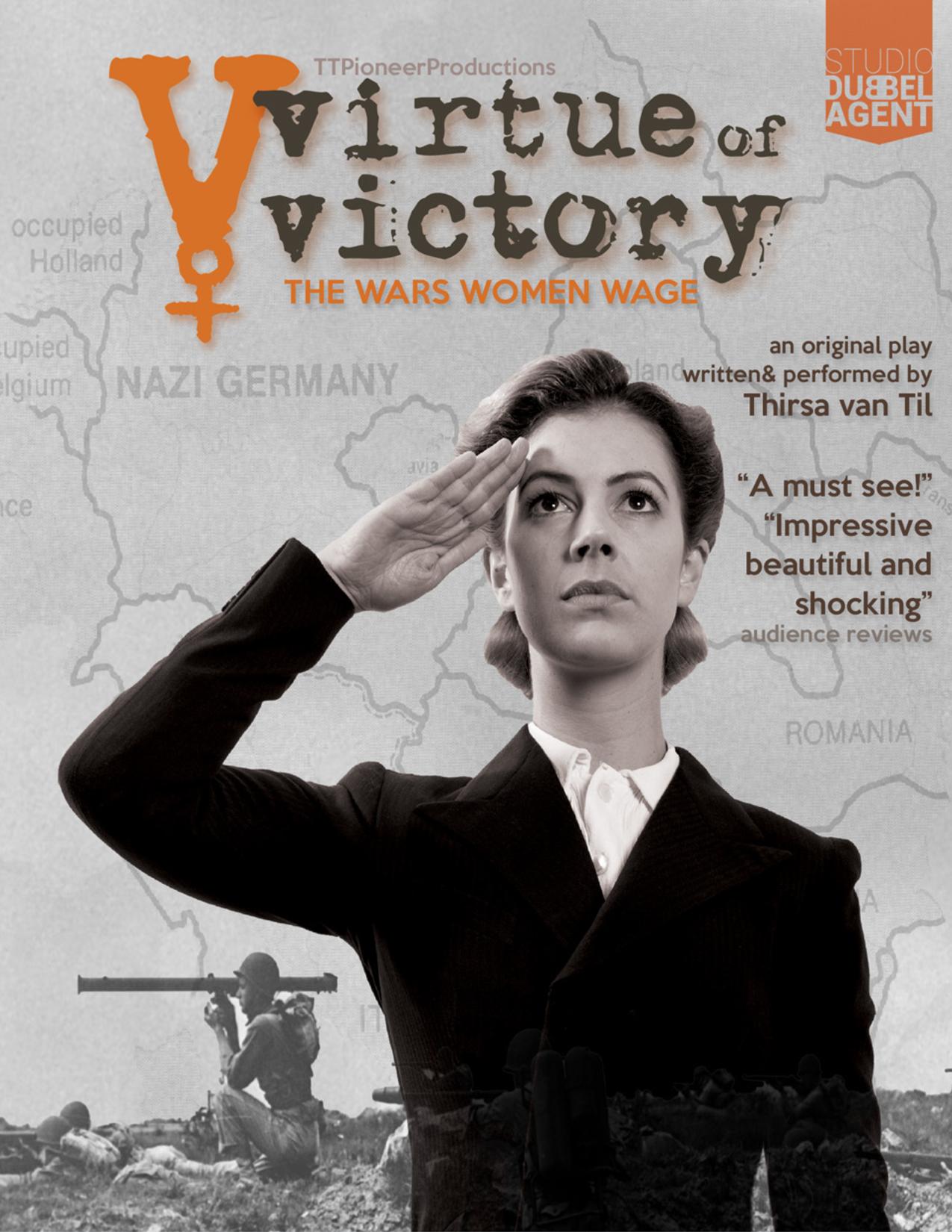 When she came to New York, Thirsa had only 3,5 weeks to get her show off the ground, even though she did not know the professional theater scene in this city, but with the collaboration of Erwin Maas and Guy De Lancey, she managed to get everything done in time and she made a lasting impression on the audience. In the midst of talking to interested parties and settling into her new home, we sat down with Thirsa to talk about her life as an actress, her solo co-production, and her inspirations and aspirations.

Thirsa has always known she wanted to be an actress, trying to make people laugh ever since she can remember. When she was 6, she started taking classes and from age 12 onwards she spent her evenings at a professional theater preschool in Groningen, while still attending high school in her hometown Hoogeveen. After some years of commuting, Thirsa came to an agreement with her parents and teachers that she would get a room in Groningen and finish her high school there by scheduling her own classes and exams. When she was 17, Thirsa got accepted to the ArtEZ School of Acting in Arnhem where she continued her education. By working with Toneelgroep de Appel and Toneelgroep Amsterdam she expanded her professional experience and chose Amsterdam as her new home base. 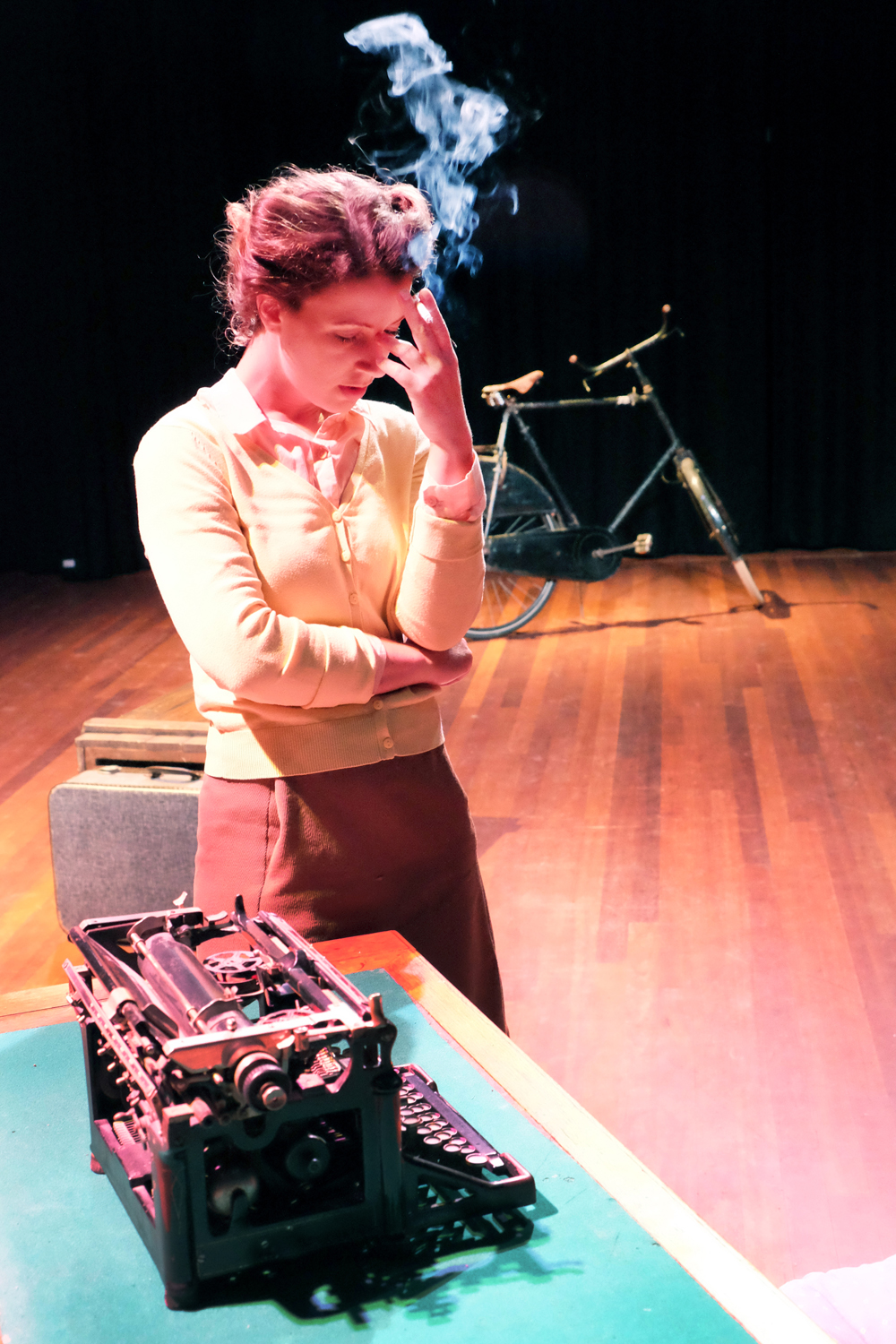 When Thirsa was a cast member in the World War II-themed musical ‘Soldier of Orange’ (also known as the Dutch Hamilton) in 2011 and 2012, the seed for her solo production, ‘V: Virtue of Victory’, was planted. Special guests were attending the musical at times, such as Queen Beatrix or the Prime Minister, coming backstage after the show to meet the cast. The reactions were always extremely positive, until Thirsa overheard an old lady comment one night after performing: ‘Well this was a nice show, but it is not how I experienced it, at all…’ just before she left. Thirsa was intrigued by this 89-year-old woman, a guest of one of the producers, and felt a desperate urge to find out more about her. She learnt that this was Truus Menger, a World War II Resistance Fighter. After spending two days on the phone, while already having started to read her book, Thirsa finally tracked Truus down and she agreed to an interview if Thirsa would bring lunch to her house. This is how Thirsa ended up at Truus’ doorstep with bread and cheese from Albert Heijn to hear Truus’ incredible life story.

This real life story was like a wake-up call to Thirsa, having worked on Soldier of Orange, creating a story about World War II, but being much more interested in personal stories that had not been romanticized. Around the same time she read a book about Traudl Junge, Hitler’s personal secretary, and one day she woke up knowing she wanted to combine these two women’s stories within a play. ‘V: Virtue of Victory’ has become very dear to Thirsa, as she explains how she spent a great many hours researching both women and the time frame in which they lived. She came across a lot of opinions on Traudl Junge, always questioning how much she really knew, and evaluating to what extent she can be held accountable for her actions. While Truus is now an established war hero, it took her 69 years to receive this title, spending most of her life as an outlaw. During the war, Traudl was considered a model citizen, being Hitler’s right hand for years. This explains how times change and popular opinions with them. Combining the women’s stories and being able to attach to both characters on a personal level is illustrative for the importance of perspective as it shows how the world around us is not just black or white. Being able to sympathize with both characters also works on an educational level. It helps the audience to remember what humanity means and how we are all blindsided sometimes by our own personal perspectives. 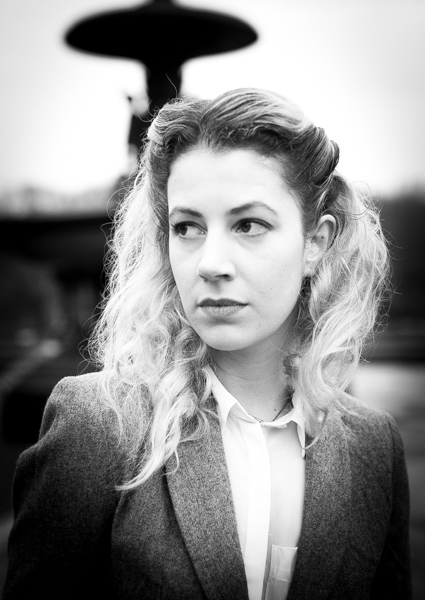 Thirsa explains why she is particularly interested in exploring this very complex grey area in her art. She is drawn to stories that are real and personal and come directly from society. She tries to connect the personal stories she hears to ‘the bigger picture’, because this is what fascinates her most. Personal stories help her to understand why there are so many things in life that she does not understand. Intuitively, Thirsa wants to understand and fix everything around her, but connecting more to this grey area, breaking through just black or white perspectives, helps her to make peace with not understanding or being able to control everything. It is a constant struggle, because she also has her own opinions, but she does not mind that struggle. It is important to know how things happen, even though there is not just one truth, and to accept this, is what is most important.

Thirsa’s struggle is one that many audience members recognize in themselves and they usually have a strong reaction after seeing the show. As long as there is an audience, Thirsa wants to keep performing it, wherever in the world she finds interested parties. The play is both timeless, as it is timely right now and it is important to Thirsa to use her play as a tool to open a wider discussion on current issues. Last year, a group of refugees came to see  ‘V: Virtue of Victory’ in Utrecht, before engaging in a discussion in which they could share their personal experiences of not being accepted in their home countries. According to Thirsa, World War II is often used as a theme for heroic and romantic stories about an exciting time in the past, but it could lose its political value, which we need in order to learn from the past. The world in which we live right now, with a shifting polarizing political spectrum is different from the 1940s, but there are certain similarities and it is not so bad to point them out and make the audience think. 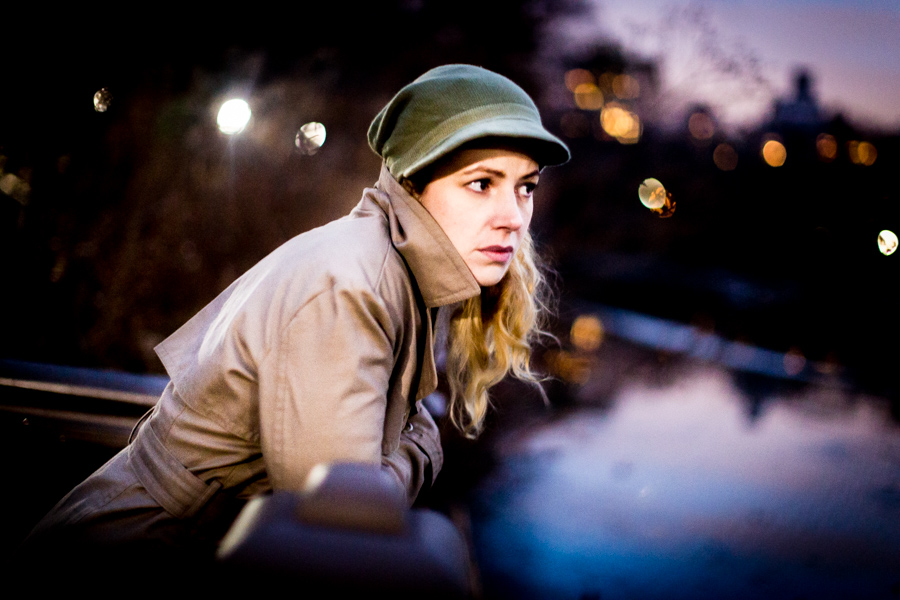 Thirsa is a storyteller at heart and there are tons of other stories she wants to tell and she is even working on some of them, but she is not sure how far they will go. Her one-woman show that she wrote entirely herself was kind of an accident that worked out very well, but she would not necessarily write all her roles for herself. ‘V: Virtue of Victory’, however, is very special and personal for her, partly because of the meaningful relationship she built with Truus Menger, before she passed away last summer. Thirsa went to the funeral and is still in touch with her daughter Hannie and younger sister Freddie. It was very important to Truus to be recognized for her actions during World War II, especially because all the male resistance fighters received their decorations years ago. Truus was at the premiere in 2013, one year before she finally received her official acknowledgements. Thirsa cannot and will not go as far as to say that her play was the reason for this, but at the premiere in 2013, people in the audience were shocked when she announced at the end of the play that Truus had never been decorated. Truus had asked her to put that in the play because it was very important to her. Truus’ presence at the premiere made the experience of the play even more emotional and impressive and the fact that she and her sister had sacrificed their lives for a cause without ever receiving any official acknowledgement did not sit right with a lot of audience members. People that had been in the audience that evening started to petition, and in 2014, Truus finally received the decoration she had been waiting for for 69 years. Thirsa hopes that her play helped to put Truus’ story out there and that this might have helped in the process. 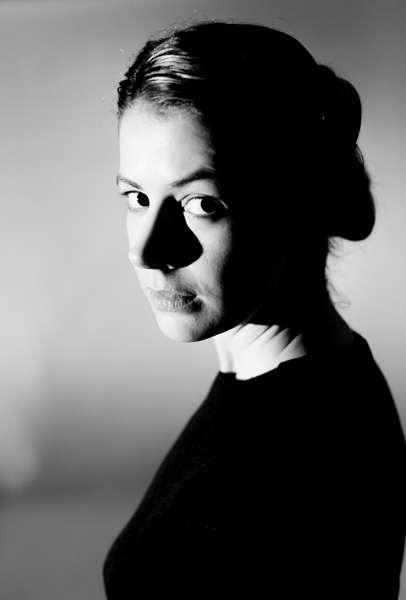 As for now, the dust is still settling around Thirsa, after her recent move to New York, but she is planning on grabbing the opportunities as they come along, whether this will be in theater, film, or television. She has her goals and dreams and she is working very hard to achieve them. Moving to New York did not happen overnight, but it is something she really wanted. She has received very good feedback after performing her show, so this is highly motivating, and although things are chaotic right now, it is OK because it means that she is moving forward. There is a trailer coming out for ‘V: Virtue of Victory’ soon and the photo series in this blog was shot recently on the streets of New York by Anthony Paul Lomax, inspired by her characters Traudl and Truus. Meanwhile, Thirsa is talking to interested parties who saw her performance and she hopes these contacts could potentially represent her in the future.

The sharp contrasts in New York City are an inspiration to Thirsa: you see everything on the street, sometimes you feel very included, and sometimes very excluded. It makes you constantly aware of the variety and complexity of the world. It is a tough city, but always inspirational and Thirsa has come across amazing acts of kindness from other people; from a stranger paying her bus fare, to another stranger giving her an already-sold 1940s typewriter that she needed for the play, not accepting anything in return. Thirsa has been pleasantly surprised by working and living in New York and although there is a lot of not knowing what the future holds, she doesn’t mind, because this is what she was hoping for when she came to New York. 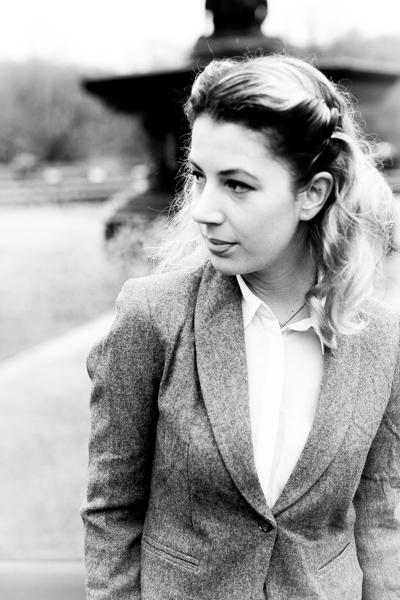