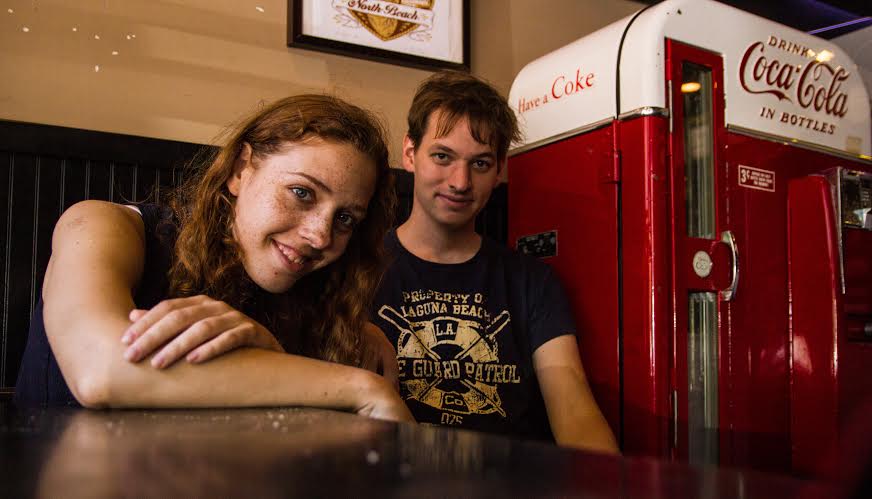 Meet Auke de Vries and Ruth Taylor, two animators from the Netherlands who have been traveling from artist residency to artist residency throughout seven different countries around the globe. On their way from California to Canada the two stopped by the Dutch consulate for an interview with Dutch Culture USA.

Auke and Ruth met each other at the School of Fine Art and Design|St.Joost in Breda, The Netherlands were they both studied Animation.  When Auke won the TENT Academy Award in 2011, the prize for the best audiovisual graduation work of all Dutch art academies, he won a two month residency at Gullkistand in Iceland. This turned out to be such a wonderful and valuable experience, Auke new right away that he wanted to do more residencies. “I found myself in a totally new world which was amazing; I got to meet so many great people who I had so much in common with.  We all had the same mindset.” 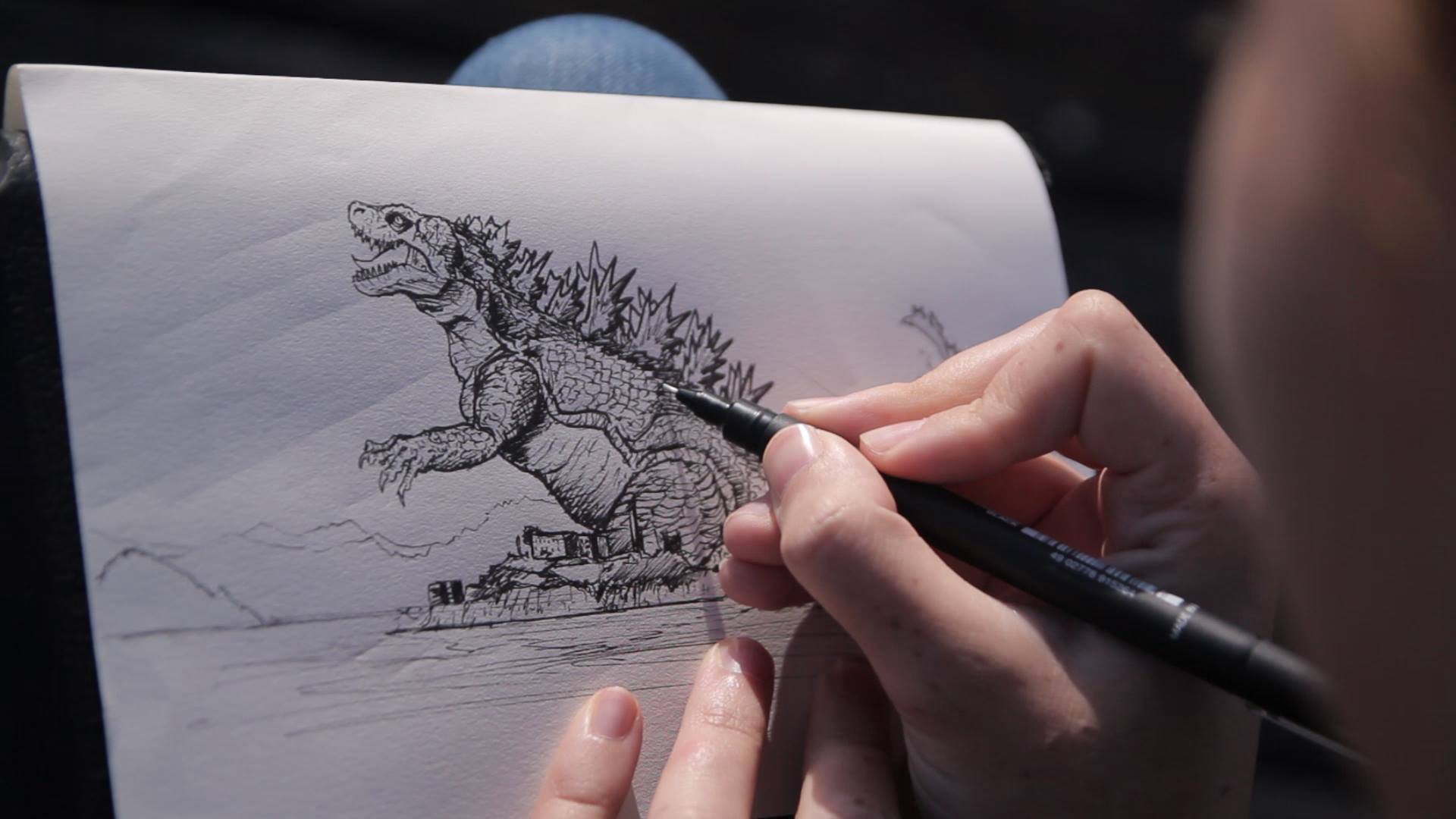 Auke and Ruth already started planning their journey over a year ago; “A lot of time goes into applying at the different residencies.  Deadlines are always set way ahead of the starting date of the residency and you never know if you’ll get in.” Auke and Ruth were able to get into six different international residencies. In the last couple of months Auke and Ruth traveled to Thailand, Malaysia, Australia, New Zealand and the United States,  staying at all sorts of residencies, the length of the stay varying between two to four weeks. Next up are Canada and Finland after which they will travel back to the Netherlands.

During their stay at the New Pacific Studio in Vallejo, California Auke and Ruth mostly spent time on improving their drawing, sketching and model drawing techniques, for example in Schoolism concept art workshops in San Francisco they were able to attend, with Hollywood professionals as special guest teachers.

Both artists are working on their own film project during their travels. Ruth is working on a short animated film about little hawks in a bird’s nest that get attacked by lizard. The hawks are based on the real one’s she and Auke saw in New-Zealand and the lizard was inspired on a real lizard in Thailand. In the mean time, Auke is working on a film with ‘reincarnation’ as its main theme. The protagonist, who lives in India, dies and reincarnates as a bird. But he would rather be a cow, so he tries to keep reincarnating by killing himself time and time again until he becomes one.  Both animators hope to see their short films screened in film festivals soon. 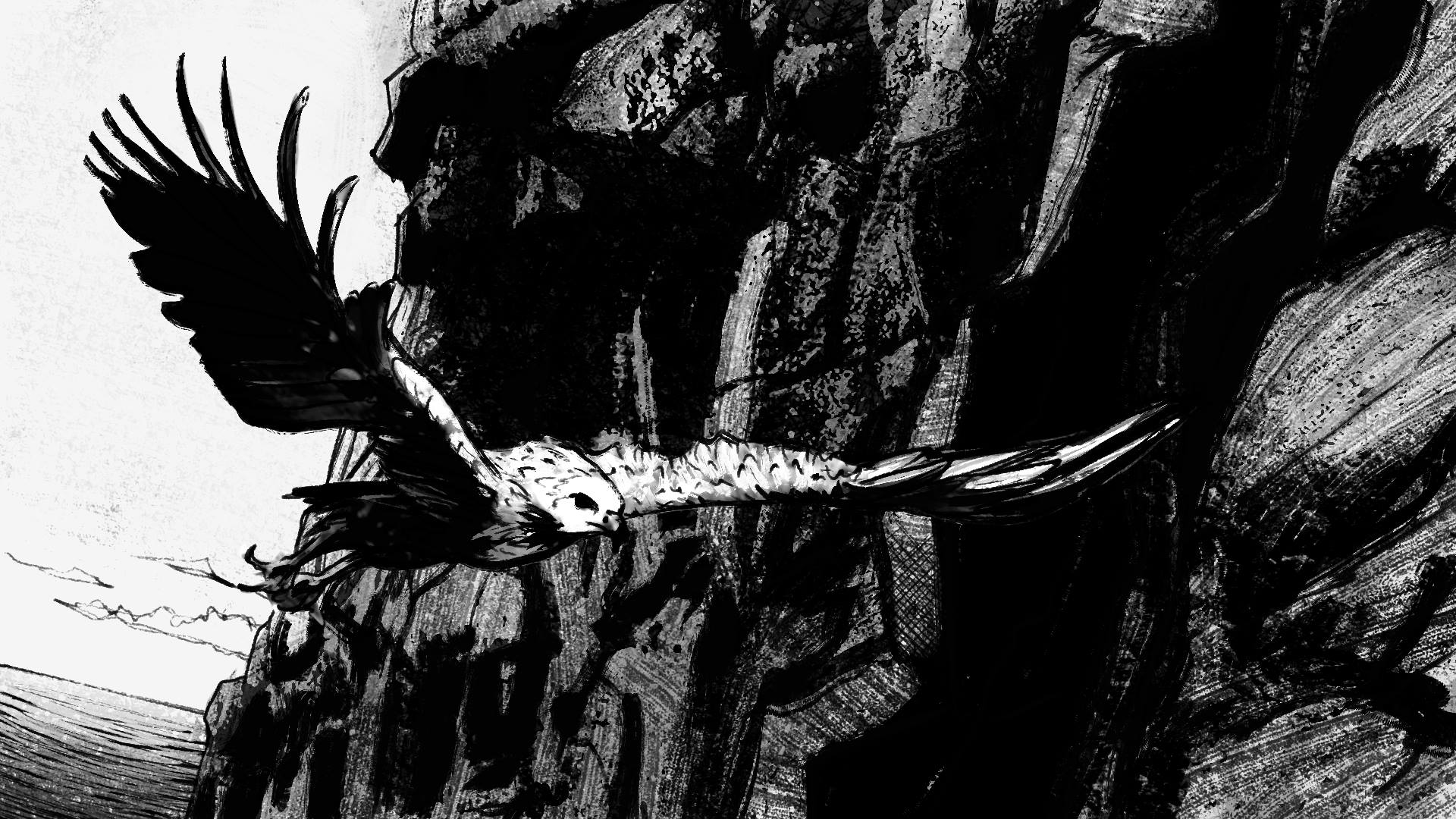 Keep an eye on these two great artists for they might just become the next big thing in the animation film world! In the mean time, follow them on their Facebook page ‘Animated Trip’ to keep up with their adventures on their world trip.