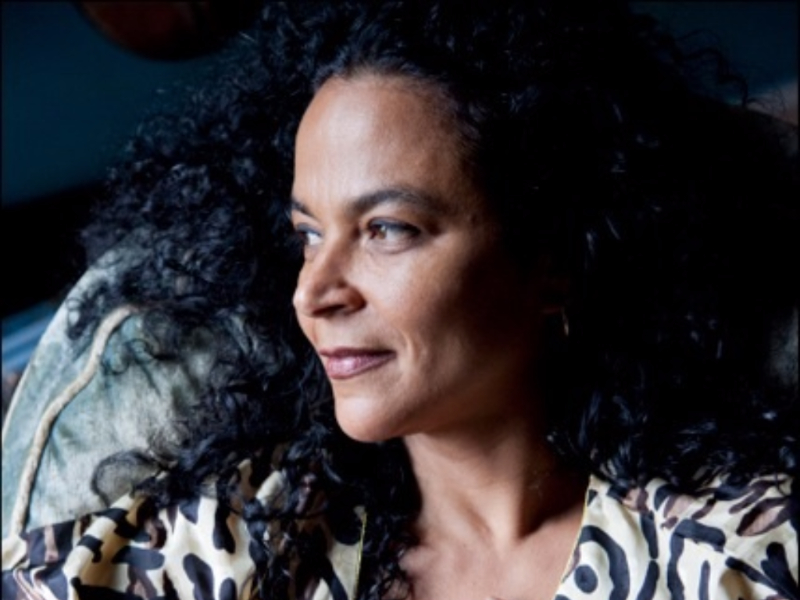 We sat down with director and choreographer Gabri Christa to discuss how she combines teaching with her artistic practice, and the ways in which she 'gives back' to the broader New York community.

From directing, dancing and writing to teaching, advising and curating, Gabri Christa has had no difficulty to keep herself busy within her trade. “I never saw it as an option to work at a café, as I was always determined to earn myself a living with what I do. I never focused on how difficult that would be – to me, it was something that just had to be done.” We sat down with the director and choreographer to discuss how she combines teaching with her artistic practice, and the ways in which she ‘gives back’ to the broader New York community.

Before our conversation in the early afternoon, Gabri had already been running around all morning. She had to arrange some things for Snug Harbor, a cultural center on Staten Island where she used to be artistic director. Even though Gabri, a Staten Island resident herself, officially quit, they asked her to stay on as a curator. “I always intend to cut back and be a little less busy, but I guess it is just not in my nature. It’s not that I am not a person who dares to say no – because I am – but there are some things that are just important for me to do. With Snug Harbor, I still feel responsible for the process; even though I already planned their whole calendar until January. It is hard to let that go, but I should, and allow people to make their own mistakes.”

Fifteen years ago Gabri began to explore dance for camera, an experiment that quickly led to a string of award-winning film projects. All of her shorts have screened as jury finalists in international film festivals worldwide, while her current film projects include a documentary about her yoga teacher Leo Floridas and an environmental thriller for young adults.

This fall, Gabri will join the Dance Department of Barnard College of Columbia University as an Assistant Professor of Professional Practice. Besides teaching courses in dance and film, she will develop a new course called ‘Dance On Camera.’ “It’s all very exciting. I am really creating something new, which is directly connected to my own artistic practice.” At Barnard, Gabri needs to stay active as an artist, and create her own work. “That is why I am hired: to connect the classroom to the professional field. They do not need me to write a book, but I am expected to make another movie. I spend less than 9 months out of 12 at Barnard, but they stimulate me to spend the remaining time on my own projects. I think it is the first time that a day job and my artistic practice are this closely related to one another.”

To Gabri, her new position at Barnard proofs that there is no straight line towards anything. “And that’s actually the fun part. I often say my life today is one big coincidence, as my personal history seems to prove it.” When Gabri was performing in Venezuela, she was discovered by a curator from New York Live Arts, who invited her to perform in the city. “After a second performance I was planning to go back to the Netherlands, but then I was offered a grant by the National Performing Network. Within a week they got me a nice place to stay on 66th street, and I thought: why not?” Not much later, Gabri was invited by Bill T. Jones to dance for his company. “And from then on, things started happening very quickly. I met my husband, and here I am – still in New York!”

The ‘another building’ project is a series of short narrative dance films that take place in and around historic buildings and sites specific to the Netherlands’ colonial past. Gabri calls herself “the ultimate product” of that history, as she grew up on Curacao with a Dutch mother and a Surinamese father. The first three films set place on Aruba, Bonaire and Curacao, while Gabri is currently focusing on the fourth one in Surinam. “But the list goes on forever – I would also love to do one in Sri Lanka or South Africa, and New York is also very interesting as it has this history with New Netherland and New Amsterdam. There are so many Dutch connections, buildings and traces to be found all over the world.”

The series has become a great success, and Gabri has frequently been asked to discuss the films at festivals or events: for example, at the Museum of the Moving Image in Queens. However, she is not about lecturing people, as these films are not supposed to be documentaries. “The films set place at colonial buildings and the areas surrounding them. For me, it is about the audience’s individual reactions to a location and a history. Some people might want to learn more about it, while others will just think of it as a nice movie. Both are fine!”

In 2015, Mayor Bill de Blasio appointed Gabri to be a member on the Cultural Affairs Advisory Commission of the City of New York. The Commission advises the Mayor on several current themes, while also giving feedback on the cultural plan for the City of New York. “For example, we examined which groups are actually working in New York’s cultural field. By research we came to the conclusion that the workforce at cultural institutes is far less diverse than the city’s artistic community. Moving forward, we pondered on how we could make this line of work more attractive to a broader range of people. These conversations are very interesting, as we sit at the table with a lot of different, but very interesting people.”

Gabri emphasizes how all members have been active in the broader cultural field of New York before. “None of them are secluded artists that solely focus on their own work. This year is unique, as most members reckon that if they are selected, they want to do something beyond putting their name on the list. It is a very efficient and inspiring group.”

Recently, Gabri also received a GEORGIE award from the St. George community and the Curtis High School on Staten Island. She has supported local art programs, and arranged several guest workshops and tickets for shows at Snug Harbor. “For years, I have been doing as much as I can for the youth in my neighborhood. I believe it is very important for them to see and experience the kind of art and culture they would not normally be in contact with.”

At the end of day, Gabri considers herself very lucky for all the opportunities and projects she has been a part of. “I am hoping to work with the Dutch Cinedans festival again next year, which is one of the best ‘dance on camera’ festivals in the world. It is wonderful to see how all those projects, connections and worlds seem to always fit together somehow, and I am so grateful for everything I get to do and create.”

Curaçao, Netherlands Antilles, born and raised Gabri Christa brings to her filmmaking and directing her background as a choreographer and performer. Now based in New York, she has received many awards for her Choreographies and Short Films including a Guggenheim Fellowship for her choreography. Her films have screened as Jury finalists in festivals in Tokyo, Atlanta, Denver and in Screen Dance festivals in Los Angeles, London, Amsterdam, New York and others, while her choreography has also been performed all over the world. As a performer she was among others, a dance member of the Bill T. Jones/Arnie Zane Dance Company, Danza Contemporanea de Cuba and DanzAbierta de Cuba (directed by Marianela Boan) of which she was one of the co-founders. Gabri Christa ‘s ongoing projects include Dance Conduction Continuum a Conduction Improvisation ensemble she co-directs with Germaul Barnes. From the fall of 2016 onwards, she will hold a position as Assistant Professor at Barnard College in New York, NY.