Interview with Marieke Niestadt, Director of Meeting the Other Woman 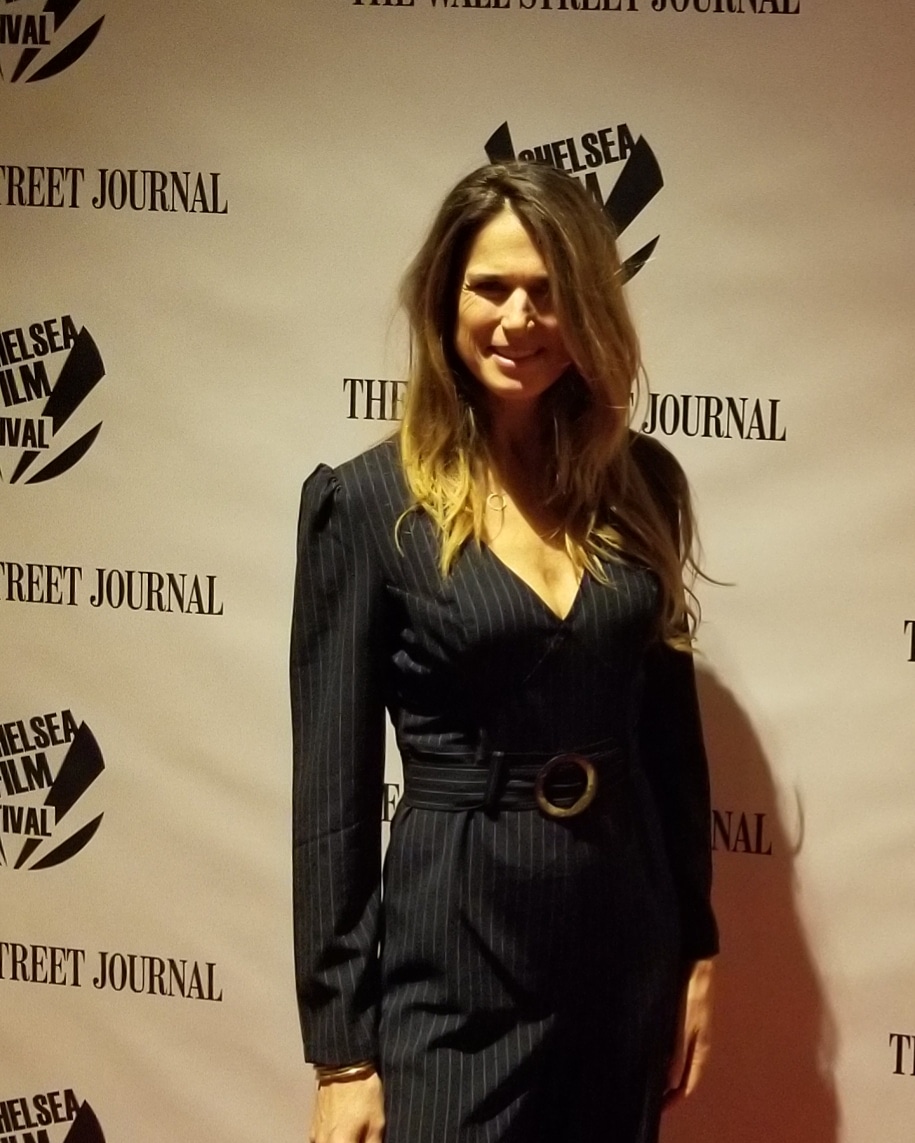 We met up with Marieke Niestadt at the Chelsea Film Festival, director of the short movie “Meeting the Other Woman” which recently got its US premiere. At the Chelsea Film Festival, the movie won two prices. One for Best Director and the other one for Best Supporting Actress. We talked a little bit about the movie and upcoming projects of the promising director. You can read the interview below, and if you want to watch the film you can at the Imagine This Women’s International Film Festival on November 9th in Brooklyn!

How did you start making movies?

I created the documentary “Bittersweet“, where I did the directing, editing and cinematography myself. The movie was screened in theatres for six weeks, so it was quite successful. This led to me being approached by director Jean van de Velde. We worked on the movie “Bram Fischer“, where I did the second unit on his film. We went to Africa for six weeks and it was so much fun. Later, I worked the second unit camera on the movie “Oh Baby” from director Thomas Acda and also on “Redbad” from director Roel Reiné. So I went from documentary movies to fiction, which I really enjoyed. Therefore, I realized that I wanted to create my own movies. I found a script that I really wanted to make and decided that I would do the cinematography and directing. I wanted to hire someone who could help me with the actors since I had never worked with actors before. I saw a challenge in transferring my idea’s to them. However, this movie never came about which gave me the time to do a workshop called “Directing the Actor” in Los Angeles. I enjoyed it so much that I immediately decided to bring in practice what I just had learned. I had worked with Lotte (Verbeek) before and I have known her for quite some time now and I  just met Amy, and the script of Meeting the Other Woman just fitted. So we started making this movie, which was one of the most fun things I have ever done. For this movie, I hired a cinematographer and a producer even though I was not entirely sure if I was able to let go. Thankfully, we shared the same ideas and it clicked really well. This movie became a sort of practice movie in the sense of letting go and working with actors. Maybe I will hire an editor next…

Why did you decide to create the film in English?

I like working in English and I wanted to create this movie as a showpiece. English can be used everywhere. This movie has already led to a proposal by a Canadian director, this would never have happened if I had done it in Dutch. However, I did decide to use a lot of Dutch people for the movie like the production design, Lotte, my assistant et cetera. This way I could submit the movie to the Nederlands Film Festival, which I really wanted because I have very fond memories of this festival with “Bittersweet”. There it was in competition for the Gouden Kalf (Golden Calf). I used English so I could go worldwide, and Dutch does limit you.

Were there several things you learned from this movie you plan on using in your next projects?

Yes, definitely. I rehearsed with the actresses to learn their backstory and why their characters would do or say something. This actually led to the conclusion that the short movie should be a feature film, which we will be working on next. This rehearsal was so useful. I would never make a movie without a rehearsal. We were so prepared on set, which made the creation of the movie a lot easier. We learned so many things during rehearsals which we could use to play with on set. So, I learned to be well prepared. I also learned that I am pretty laid back, and kind of immune to stress, which is a nice quality to have.

What are your future plans and ambitions?

Just making movies. I have three movies right now which I really want to create. The scripts are so good! One of them will be a feature film of the short “Meeting the Other Woman”. Another will be on a Dutch-American family. This is what I am working on really hard right now. I tend not to look too far into the future, I am focused on being present. These movies will also be in English and hopefully come to the United States!

Still from Meeting the Other Woman, courtesy of Marieke Niestadt