Two weeks ago Holland’s queen of soul ‘Sabrina Starke’ was in New York to perform her newest self-titled album, which is also her most personal one by far. Next to cheering for her in the enthusiastic crowd on her first performance at the Sidewalk Café, we managed to strike her down to talk about this swinging, passionate and self-reflecting album. Sabrina Starke, out now in the US.

Sabrina Starke, who got inspired by artists like Bill Withers and Nina Simone, started her professional music career around ten years ago. It started by winning the Talent Night in Amsterdam in 2006, what led to a performance at the Apollo theater in New York. Consequentially, she won the Music Matters Award and created her debut album ‘Yellow Brick Road’. Four albums followed after, and eventually she produced her latest album herself, in collaboration with Salle de Jonge. When asking Sabrina about her new album, she describes it as a reflection of the person she truly is. ‘My new album is very much self-reflecting. My music has always been about being self-conscious, social issues and showing my point of view on things. But this time it’s even more personal. I have no other, unrevealed side of me. These songs come straight from the heart.’ 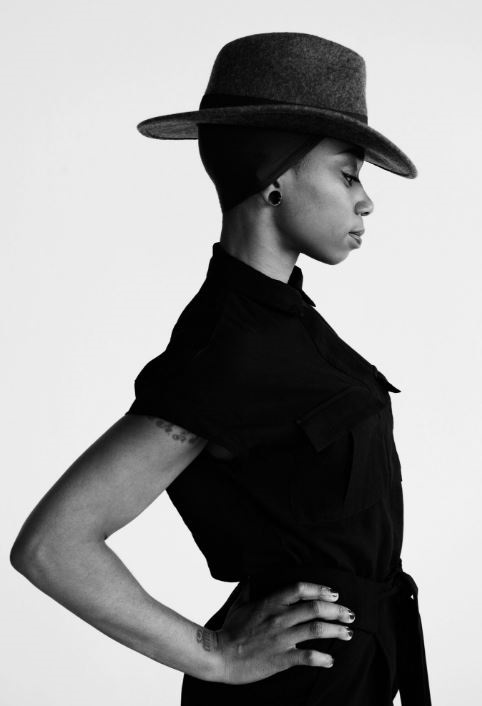 The fact that her fifth album is this personal, didn’t exactly came out of the blue. ‘The last 1,5 years were marked by thoughts that I had about my future and about me personally. I often asked myself: What do I want for my music career? What defines me as an artist? What exactly are my norms and values? To answer all these questions, I had to look back on my childhood and my upbringing. Which required some soul-searching and having open conversations with my parents. And to be honest, this took quite some courage in the beginning. I’ve been raised with the Surinam culture; where they see venerability as a form of weakness. So in order to be truly open in my music, I had to break free from these boundaries. It felt like I always had a feeling that I couldn’t be totally free when creating music, so I had to overcome that. It’s no surprise that this personal journey influenced my album, because whether I’m on stage or in my personal life, I’m exactly the same person. That’s why you really get to know me when you listen to my music.

So the soul-searching journey turned out very positive, and luckily friends and people around me appreciate my development. Especially my parents, I feel like we’re actually even more close by being so open to each other. It makes me feel more free as a musician, and I can’t wait to make more music with this new focus.’ 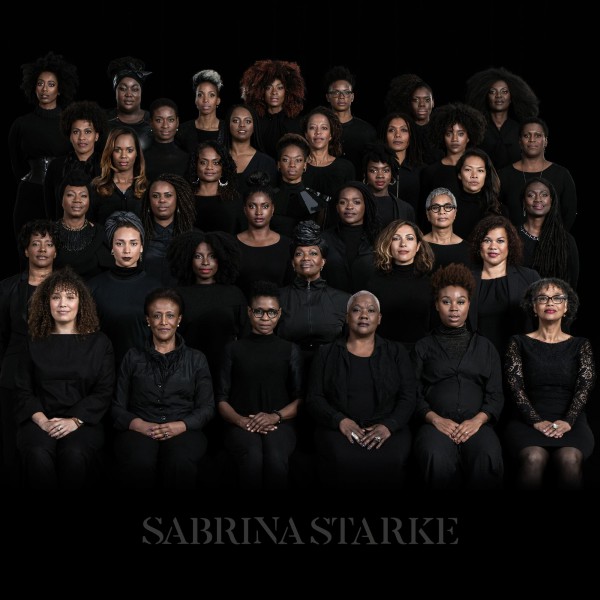 It’s hard not to notice the group of powerful black women on the album cover. Sabrina explains this as a statement she wanted to make, regarding the presence of black women in media. ‘Growing up, there were just a handful of black women in the media I could look up to. Names like Noraly Beyer, Sylvana Simons, Jetty Mathurin, Gerda Havertong and Nelli Cooman. This is just a glimpse of the talented black women in the Netherlands, but even nowadays, their presence in media is still minimal. I think it’s really important that you, especially as a youngster, can relate to someone with the same background. Being able to look up to icons who motivate you, and inspire you to follow your dreams. That’s why I wanted to make my album cover as a statement of the lack of diversity there is, and show a powerful group of talented black women. To outline that there is more than what is now presented in the media. And you notice the switch regarding this subject in society. We’re more open to talk about the divided roles not being equal, and that they haven’t been equal for a very long time. So this statement comes at the right time, now the subject is more revived.’

Inviting the women to be on her album cover was an inspiring and fun situation for Sabrina. She had sent a letter to all of the women, telling them in what way they inspired her, and explaining the concept. ‘Everybody reacted positively and came to the shoot. It was remarkable to notice the bounding, and powerful feeling it gave to all be together. You don’t often have that in general, being together like this with a powerful purpose. It was a very special day.’

Sabrina Starke is the first album she produced herself, in collaboration with Salle de Jong. They started working with a very clear vision of how the album should sound like. ‘I choose not to let a producer work with my ideas, having the possibility that it could turn out slightly different than I had in mind. So we did it ourselves, and eventually it came out exactly the way I wanted.’ Writing the songs for her album came very natural. ‘I get inspired every day, and take that with me as I write my songs. I don’t necessarily take a moment to get creative and write. I just pay attention to everything that surrounds me, and then start writing. I let it come natural. Even due to my stay here in New York, I have enough inspiration for a couple of songs. Especially New York gives me so much inspiration, that’s why I love to come here.’ 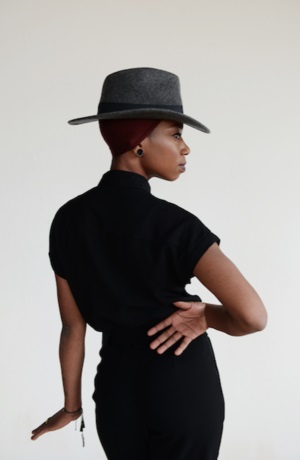 This album is just the beginning of the ambitious carpet Sabrina laid out for herself. She currently is focusing on getting more international fame, with this release being a part of that strategy. ‘I always say, plant the seeds for later. So that’s what I’m focusing on now. Having a good presence online and just try to perform as much as I can. After that, who knows what the future might bring.’ When dreaming about the future, she mentioned working with artists that have been icons for her for many years. Names like Alicia Keys, Tracy Chapman and Kendrik Lamar, as they are all very self-conscious musicians, and creating awareness around a social changing. Something she says to value a lot.

Specific ideas for her next album aren’t there yet. ‘I’m a firm believer in going with the flow of the moment, and not hold on to structures that once worked really good. I see every album as a new project, with a different sound. Even with forming my band, I’ll first look to what kind of sound I want to create and then start forming the band. Getting exactly the right person for the right sound, to make it perfect. That’s what gets me motivated and happy. And looking back on the development of this album, I’m tremendously satisfied. I’m motivated to work hard and I just produced my best album so far, so at this moment I couldn’t be happier.’

Sabrina Starke’s self-titled album was released in the US on June 3rd, for which she performed at several venues in New York.