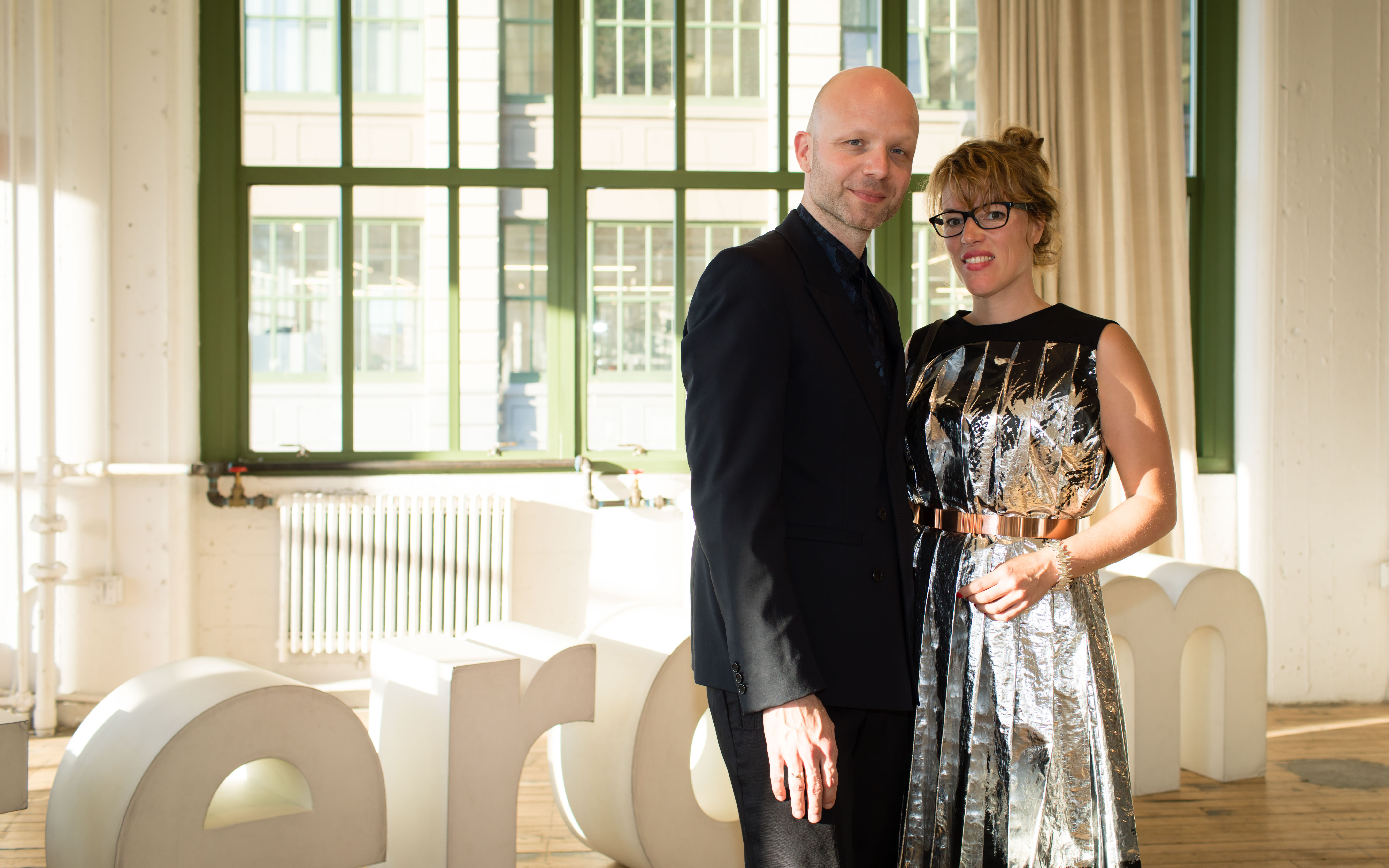 In the first weekend of June 2017 Industry City in Brooklyn transformed into a Valhalla for crafty creatives. Thanks to the hard work of Wendy van Wilgenburg and her team the first “Craft in Focus” festival was a fact. This is a satellite of the Amsterdam-based Ambacht in Beeld Festival, which attracts around 15,000 visitors each year.

After two and a half years of preparations, the inaugural New York edition took place. The weekend was filled with workshops, lectures, documentaries, master classes, music and creative ideas for all ages. With a combination of Dutch, American and international participating master craftsmen.

We from Dutch Culture USA were curious to find out why and how such a festival was created in times where craft does not seem that popular anymore.

We called Wendy van Wilgenburg, who had returned to The Netherlands again, to ask her several questions about herself and the festival. 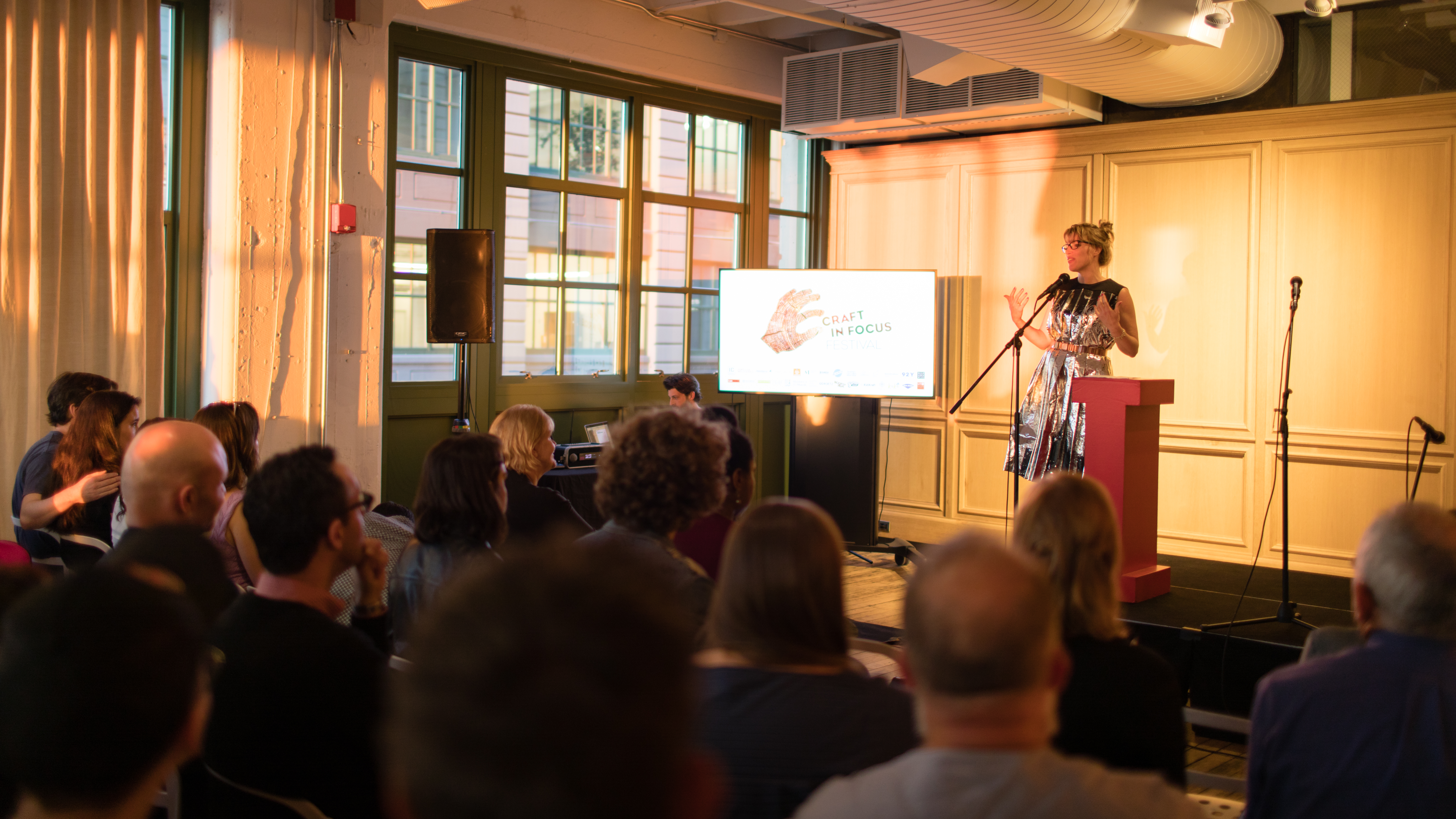 “It all started when I was graduating from my master Visual Anthropology”, Wendy begins. “I was making a documentary about the construction of a violin for my final project. I got intrigued by the craft of making something from scratch, by the bodily knowledge of true craftsmen, which takes many years to master. After my graduation, I continued to make films on crafts, and in 2013 I decided to organize a film festival with international films about master crafts, which became the predecessor of the Craft in Focus Festival. The film festival was held in Zaandam, a town near Amsterdam. In a few years’ time, this festival grew into a large live event, with not only films, but it became truly interactive and hands-on. I invited people from different disciplines to come and share their skills. Young and old have been able to join and make something with their own hands.”

Why is craftmanship important for you?

“In times like these, we see that more and more craftsmen are having a hard time, due to mass production and the rising costs of living and working in the city. Many craftsmen are bound to leave the city centers, which results in an alienation between them and their clients. People can’t see how products are being made and I find that a pity. Children nowadays are on their phone, swiping and gaming, they don’t play or make something themselves anymore. I believe that an appreciation for true craftmanship is important, for our children to gain back their creativity, but also for adults. Making something from scratch can be satisfying. Buying something that is made by a master, gives you a much better feeling than buying a mass produced item. When you know who has made the object, and what it takes to make it, it gives long-lasting satisfaction.” 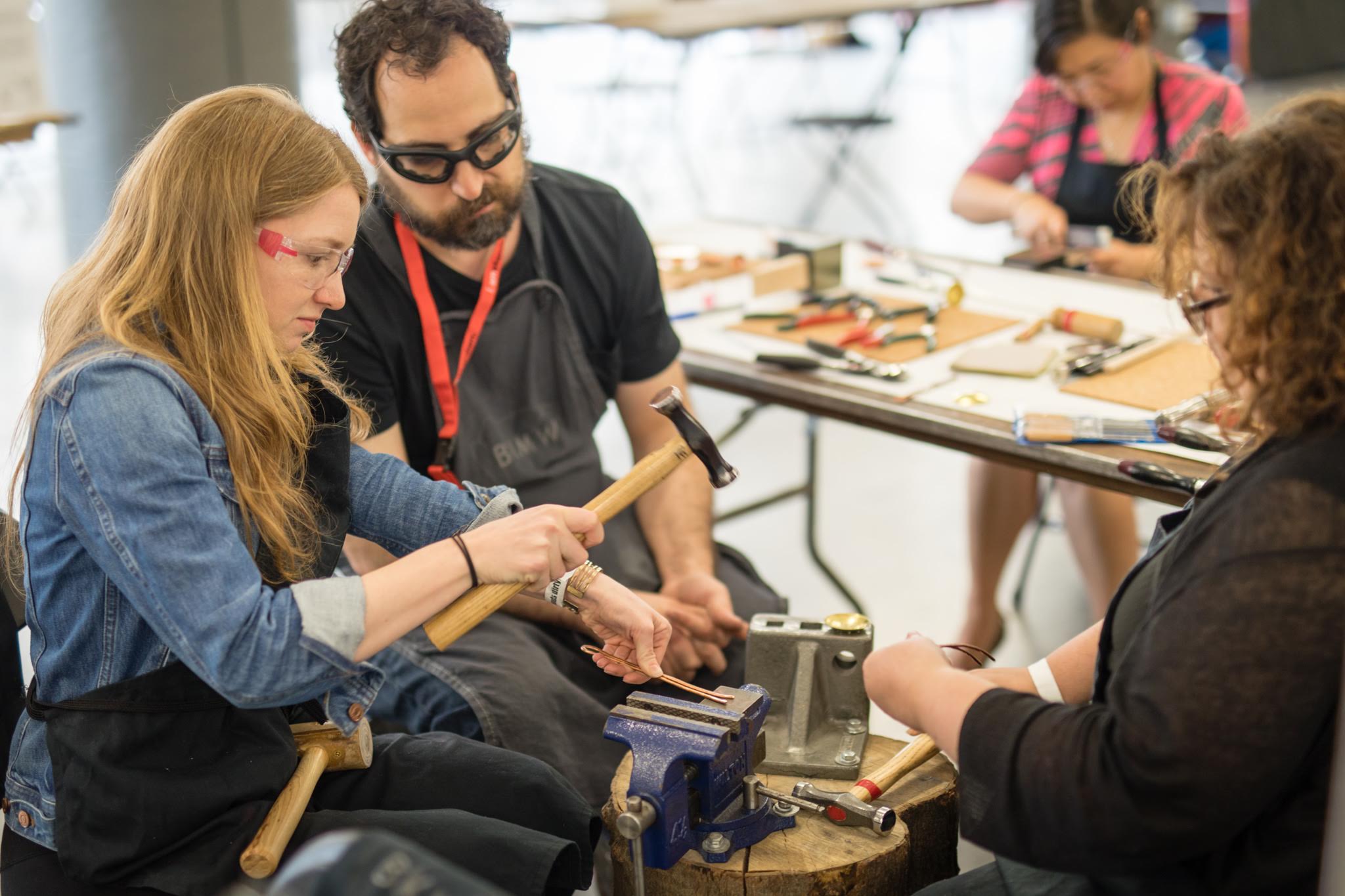 How did the festival arrive in New York?

“During The Craft in Focus Festival in Amsterdam, I invited international artists, also from the United States, to come and share their passion. They were thrilled about the idea of a craft festival and we saw that not only in The Netherlands craftmanship is decreasing, yet also in the States. Since no festival of this kind existed, and I have seen the positive impact it has had in the Netherlands, I accepted the challenge to organize the festival in New York as well.”

How did the festival turn out in New York?

“We were genuinely happy with the results and the positive responses from all the visitors and craftsmen participators. The location as well was a perfect fit for such an event. Industry City gave a rusty, crafty and creative edge to the festival. It was a great mix of young and older visitors, which I thought was terrific. With stone cutting, Star Wars Origami, boat making, and many workshops for all ages. I was very pleased to see everyone making something themselves and enjoying what they were doing. I sincerely want to thank all the sponsors and Dutch Culture USA for your support! We will definitely be back next year.” 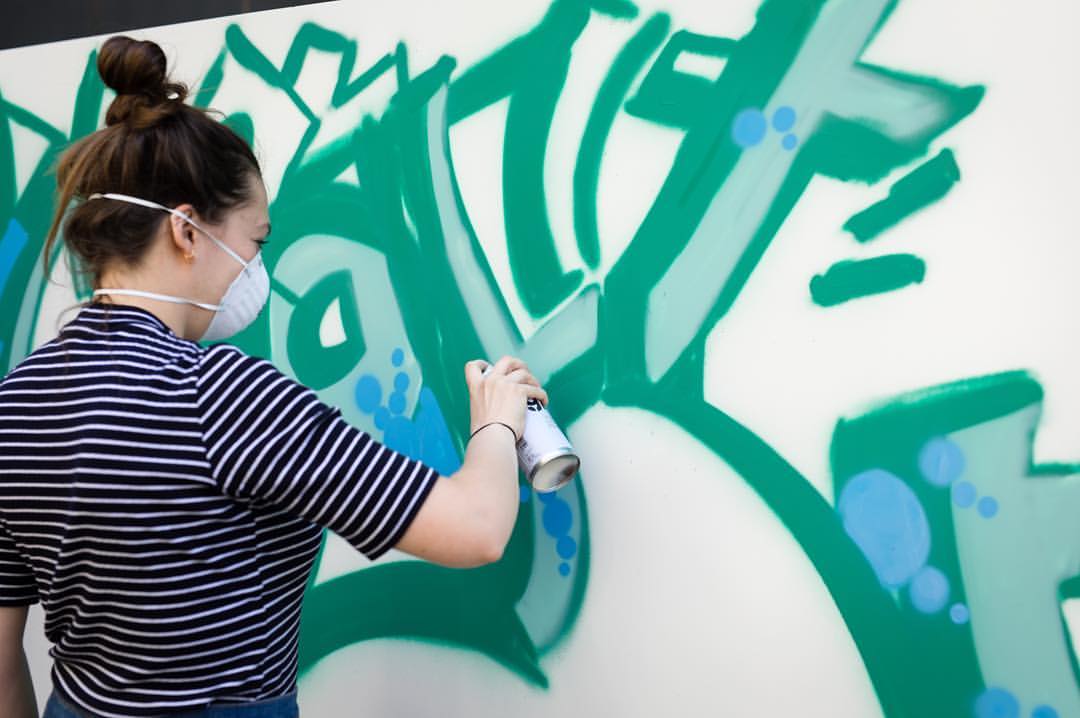 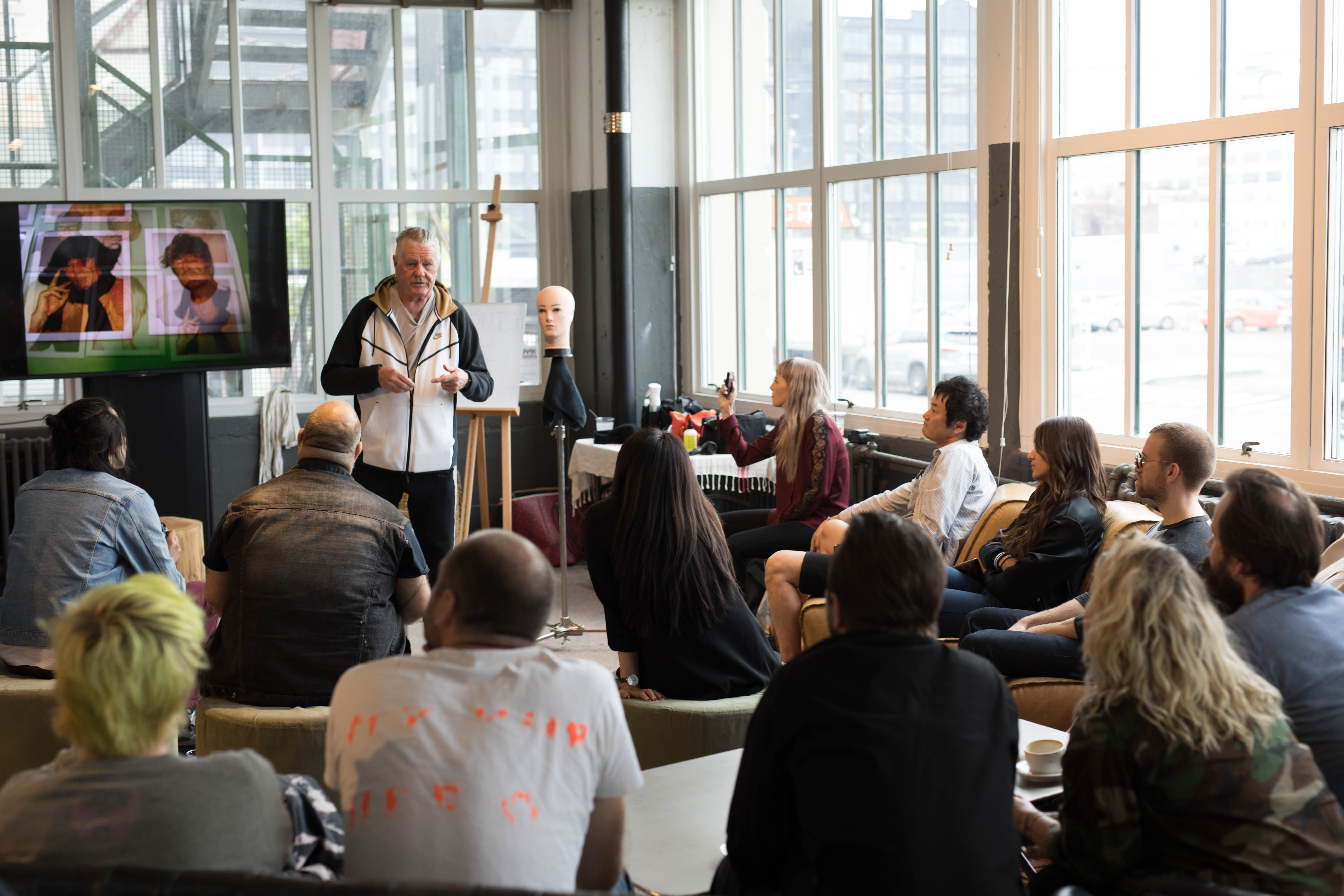 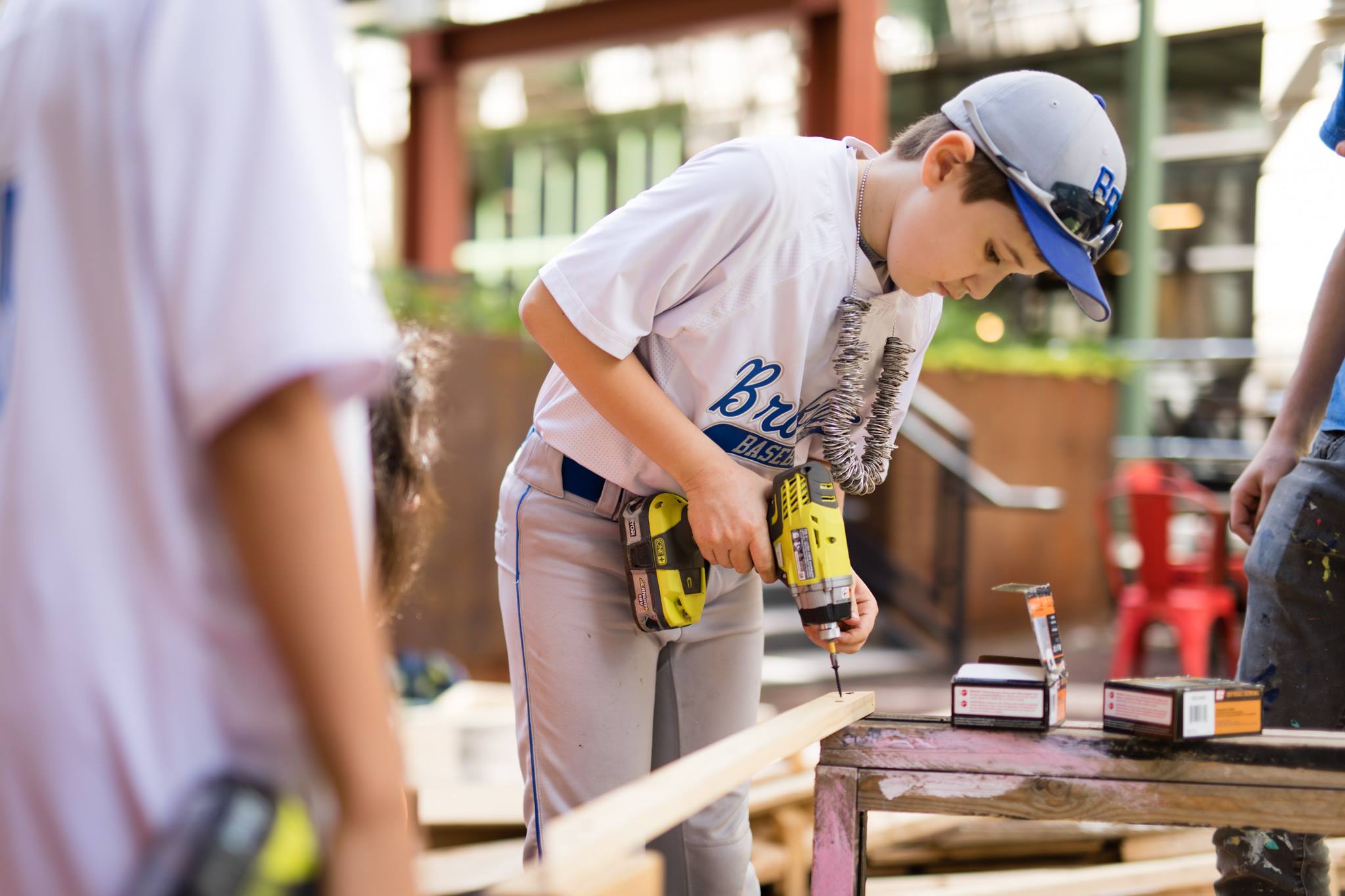