From October 13, 2017, until January 7, 2018 “Iris van Herpen: Transforming Fashion” will be on view at the Cincinnati Art Museum. This exhibition will showcase the artist’s avant-garde garments that combine art, engineering, architecture, and science. For more information about tickets and events click here. 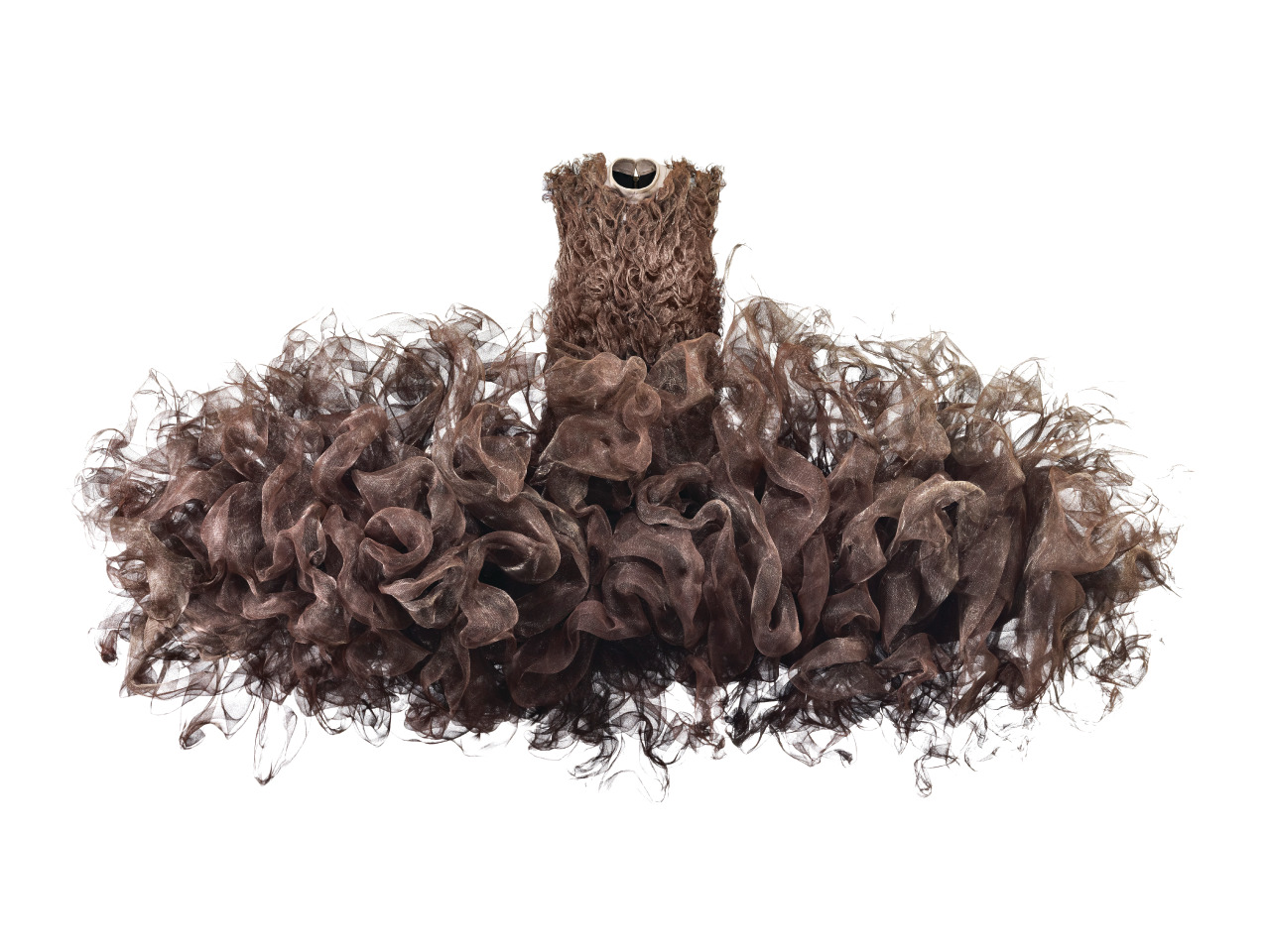 Working with materials as diverse as metal umbrella ribs, industrial yarns, woven metal, leather strips, and transparent acrylic, Iris van Herpen is one of the most visionary fashion designers of the twenty-first century. Credited with introducing 3D printing to fashion, she seamlessly blends hi-tech processes with traditional handwork, creating imaginative sculptural garments. The subject of international acclaim, van Herpen often collaborates with architects, engineers, and other artists, expanding her vision and the possibilities for creative design.

This exhibition will introduce the Tri-state region to van Herpen’s collaborative process that rests at the intersection of art, engineering, architecture, and science.

“Transforming Fashion” showcases 45 exquisite outfits from 15 collections and nine pairs of shoes. The exhibition also includes examples of van Herpen’s innovative materials, with examples available for visitors to touch. Visitors will learn about her partnerships with architects, designers, scientists and 3-D printing companies. Videos featuring an interview with van Herpen and footage from her six most recent runway shows will be featured.

Each collection has its own tale to tell, often relating to van Herpen’s own free associations, futuristic fantasies or sensory perceptions. Guided by intuition in her creative process, she designs collections that are both wearable and sculptural.

The Dutch Culture Minister, Dr Jet Bussemaker, has selected fashion designer Iris van Herpen as the recipient of this year’s Johannes Vermeer Award, the Netherlands’ annual state prize for the arts. The jury, chaired by Els van der Plas, voted unanimously to nominate Van Herpen, citing her longstanding prominence in the world of international fashion. Van Herpen is receiving the award for her entire oeuvre. The award ceremony will take place in The Hague on 30 October 2017.

The jury praised Van Herpen for her pioneering and interdisciplinary designs, in which her exceptional talent and unbridled curiosity lead her to explore innovative digital technologies and traditional craftsmanship. 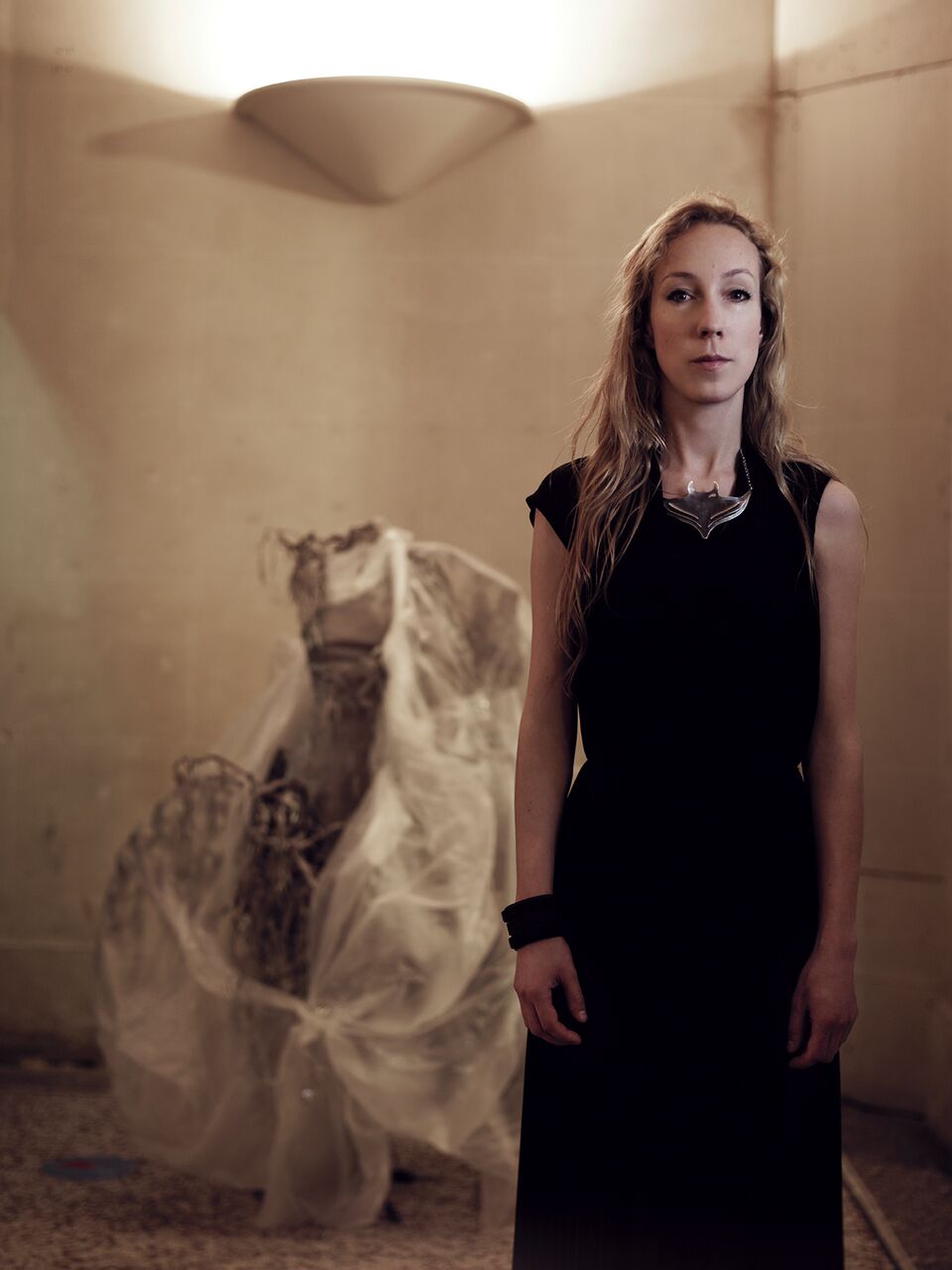 Contemporary Dutch fashion designer Iris van Herpen has won international acclaim as one of the most visionary designers of the twenty-first century. Van Herpen takes fashion into the future. Credited with introducing 3-D printing to fashion, the designer seamlessly blends high-tech processes with traditional handwork, creating imaginative sculptural garments from materials as diverse as metal umbrella ribs, industrial yarns, woven metal, leather strips and transparent acrylic. Her work has been worn by celebrities including Lady Gaga, Tilda Swinton, Beyoncé, and Bjork and has graced the runways of Amsterdam, London, and Paris. During a runway show in 2015, she used robots to print a dress over Game of Thrones actress Gwendoline Christie.

While studying at the prestigious ArtEZ Institute of Arts, Arnhem, van Herpen held internships with Alexander McQueen in London and Claudy Jongstra in Amsterdam. In 2011, at age 27, van Herpen became the youngest person to exhibit in the Paris Haute Couture Fashion Week, and in 2014 was awarded the highly prestigious ANDAM Award. Her designs are currently featured in the collections of the Metropolitan Museum of Art, New York, the Museum of Fine Arts, Boston and the High Museum of Art in Atlanta. Her unique aesthetic has been lauded by TIME Magazine, InStyle and Women’s Wear Daily, among other notable publications. Van Herpen’s 2006 graduation collection Machine Jewellery demonstrated her interest in the visualization of elusive concepts and intangible elements and her inventiveness in material use and treatment. A year after graduating, she began designing womenswear collections under her own name.

“For me, fashion is an expression of art that is very closely related to me and to my body. I see it as my expression of identity combined with desire, moods, and cultural setting. Wearing clothing creates an exciting and imperative form of self-expression,” says van Herpen of her artistic philosophy.

“For each collection, Iris has a vision of what she wants to create and then problem-solves to make it a reality. That is what artists do. They are not bound by the perceived limits of their materials. Iris has often accomplished this through her collaborations with engineers, architects, and artists in other fields. It is inspiring to see this very twenty-first-century intersection of art and innovative technology in her work,” says Cincinnati Art Museum Curator of Fashion Arts and Textiles Cynthia Amnéus.