Momentarily Constant Dullaart and Anne de Vries are artists in residence at International Studio and Curatorial Program (ISCP) in New York. We visited them during the two-day Spring Open Studios exhibition at ISCP and the artists told us about their presented work. 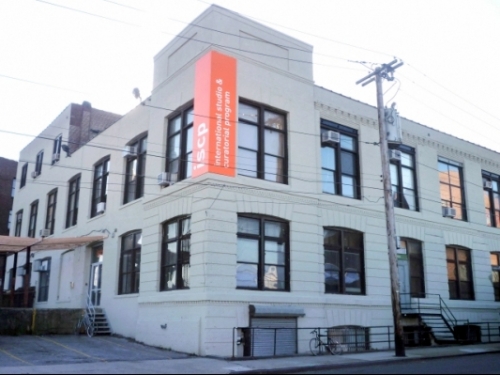 Dullaart’s often conceptual work manifests itself both online and offline. Within his practice, he reflects on the broad cultural and social effects of communication and image processing technologies while critically engaging the power structures of mega corporations that dramatically influence our worldview through the internet. He examines the boundaries of manipulating Google, Facebook and Instagram and recently started his own tech company Dulltech™ with Kickstarter.

During his stay in New York, he is researching the start-up culture. Within this topic, he concentrates on artificial intelligence. He is exploring the ways of recognition through computers: What images, until what fragmentation, are possible for a computer to recognize? His work challenges how much an image needs to be distorted before it loses its copyright. Computers can be trained to recognize images and pictures. That way they are able to understand the standard associative images of, for example, a landscape, cinema or garbage belt. The only condition is that the images need to be formal pictures to be able to have a computer recognize them. In this sense, Dullaart analyzes imagery and the possibilities of artificial intelligence.

During the open studios at ISCP the artist presented television screens that projected fragmented computer images of random things a computer can recognize, while an artificial intelligence voice-over was playing on the background. Besides this installation, there hung two paintings of fragmented, pixeled images Dullaart ‘made’ on the computer. The paintings, however, were outsourced and made in China. This idea and process of outsourcing certain tasks is another topic of interest for Dullaart. The discussion of privatization and authorship are also raised in this context: What is authentic and who is the author? Dullaart believes he is the owner of the artworks, but the people who are enabled and outsourced by him to contribute to his art are considered part of the project. 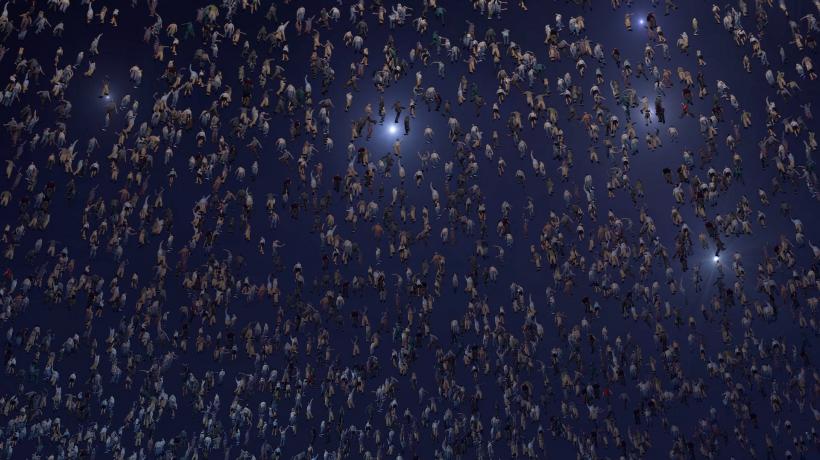 De Vries is representative of the generation artists that are concerned with art that is labeled as ‘post-internet’. They grew up in a period in which the Internet, digital image manipulation, and mobile phones are considered naturally. These artists make work that is emphatically concerned with these topics, without being completely digital (such as Internet art). De Vries is interested in how our understanding of reality is influenced by new media.

The video that was presented at ISCP was Critical Mass: Pure Immanence (2015), where we see images that are filmed at big hardstyle-dance parties like Qlimax and Defqon that show intense light shows. The people in the video raise their phone screens above their heads to film or photograph the laser show. We also hear a motivating voice that talks over the music as well as 3D-elements, which are relatively new aspects of the hardstyle parties. Ultimately, dance event organizers want to create an environment where there can be a ‘full experience’: an environment in which individuals rise above themselves and merge into the crowd.

At one moment, the images we see at the dance event flow over into animations of the same people. The crowd becomes a digital crowd of people. With this work, De Vries expresses his worry about the physical and physique parts of humans transforming into a digital version.

De Vries did his study in New York, arts academy, which had already made him familiar with the city. De Vries explained to us that he gets inspiration from New York from the billboards, imagery, texts, and the mass people around the city. Also, other artists or people that participate in the art scene affect his work.

Momentarily De Vries is working on a book that captures different themes that progress from his other artworks: Stay tuned!