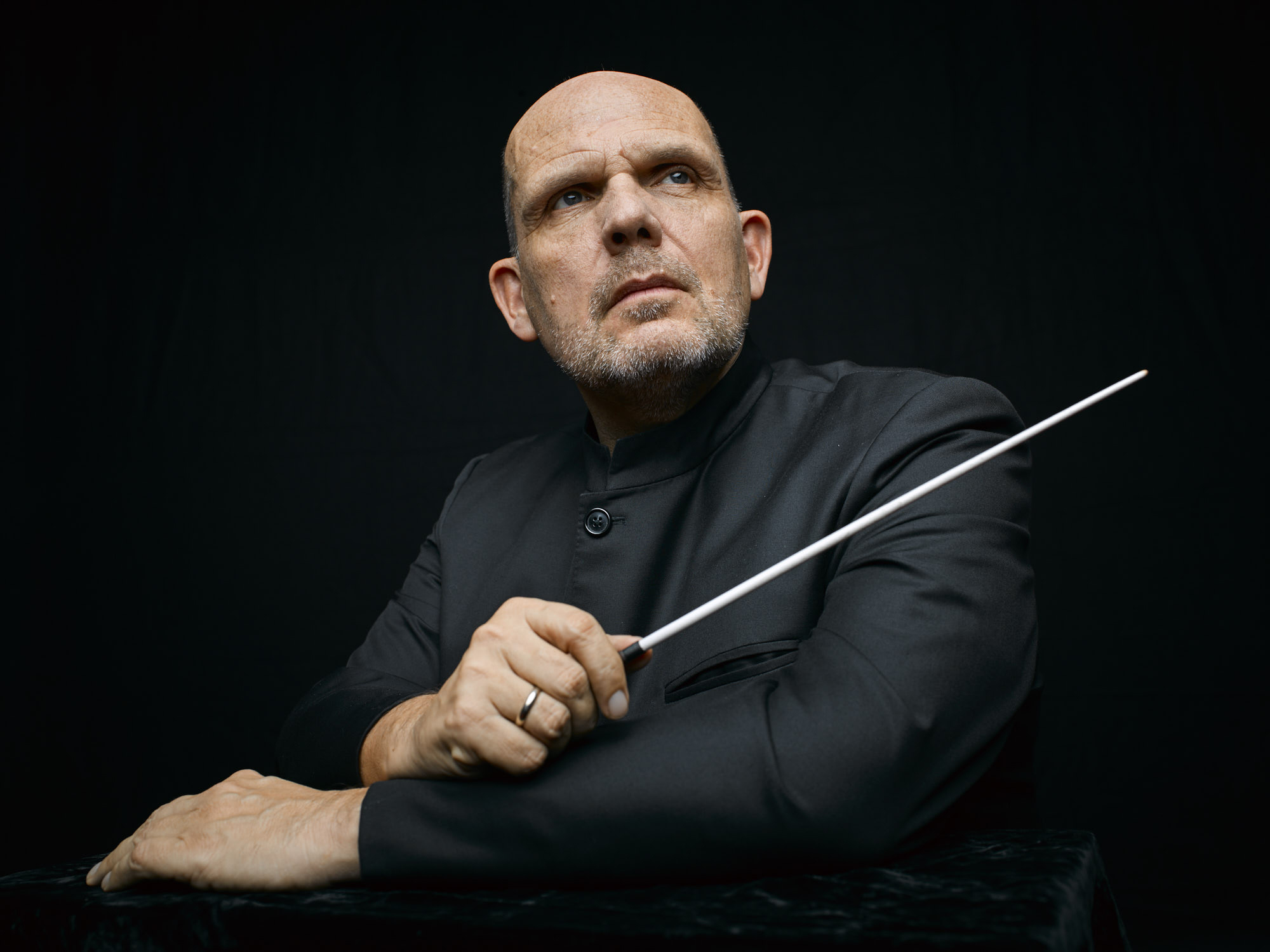 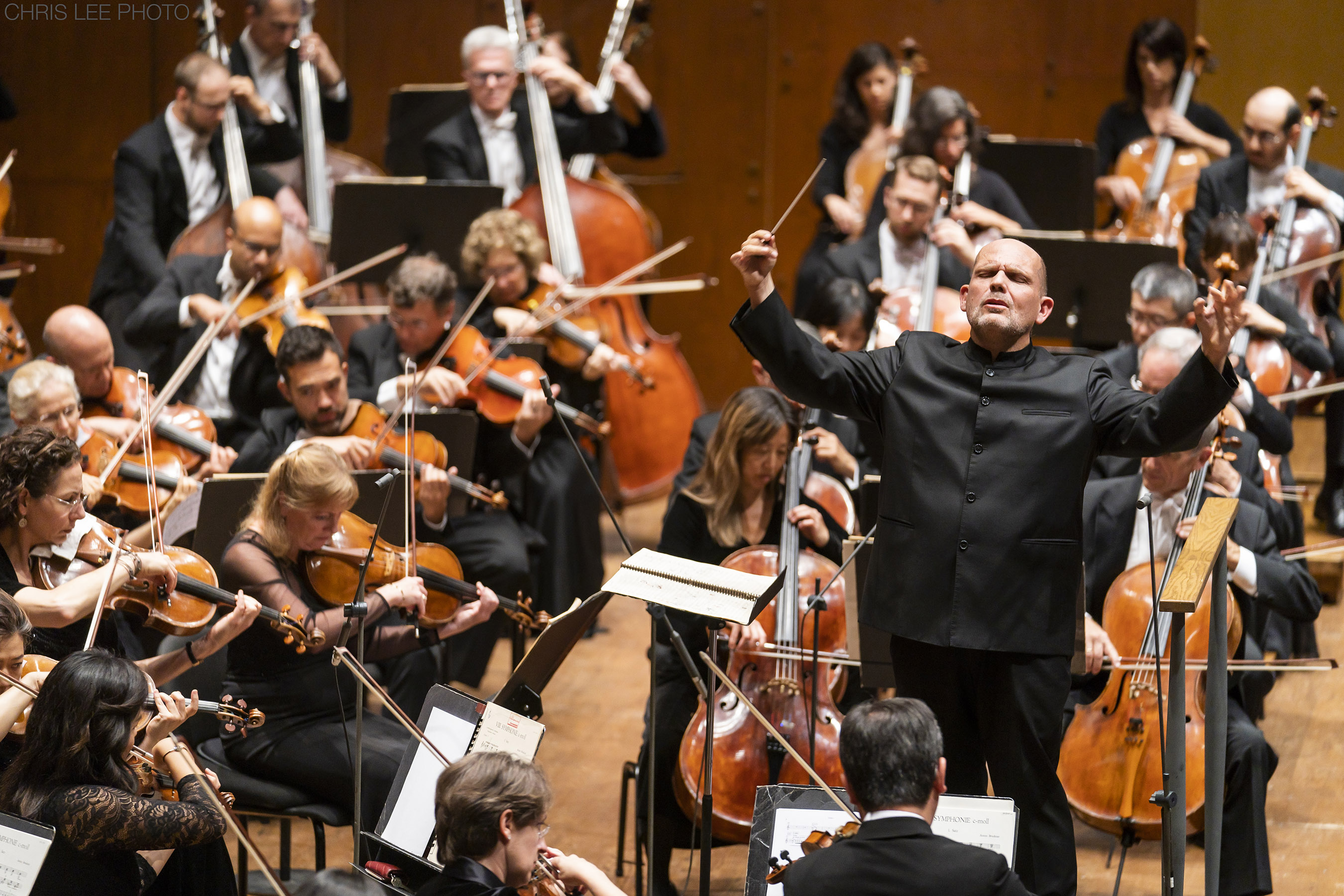 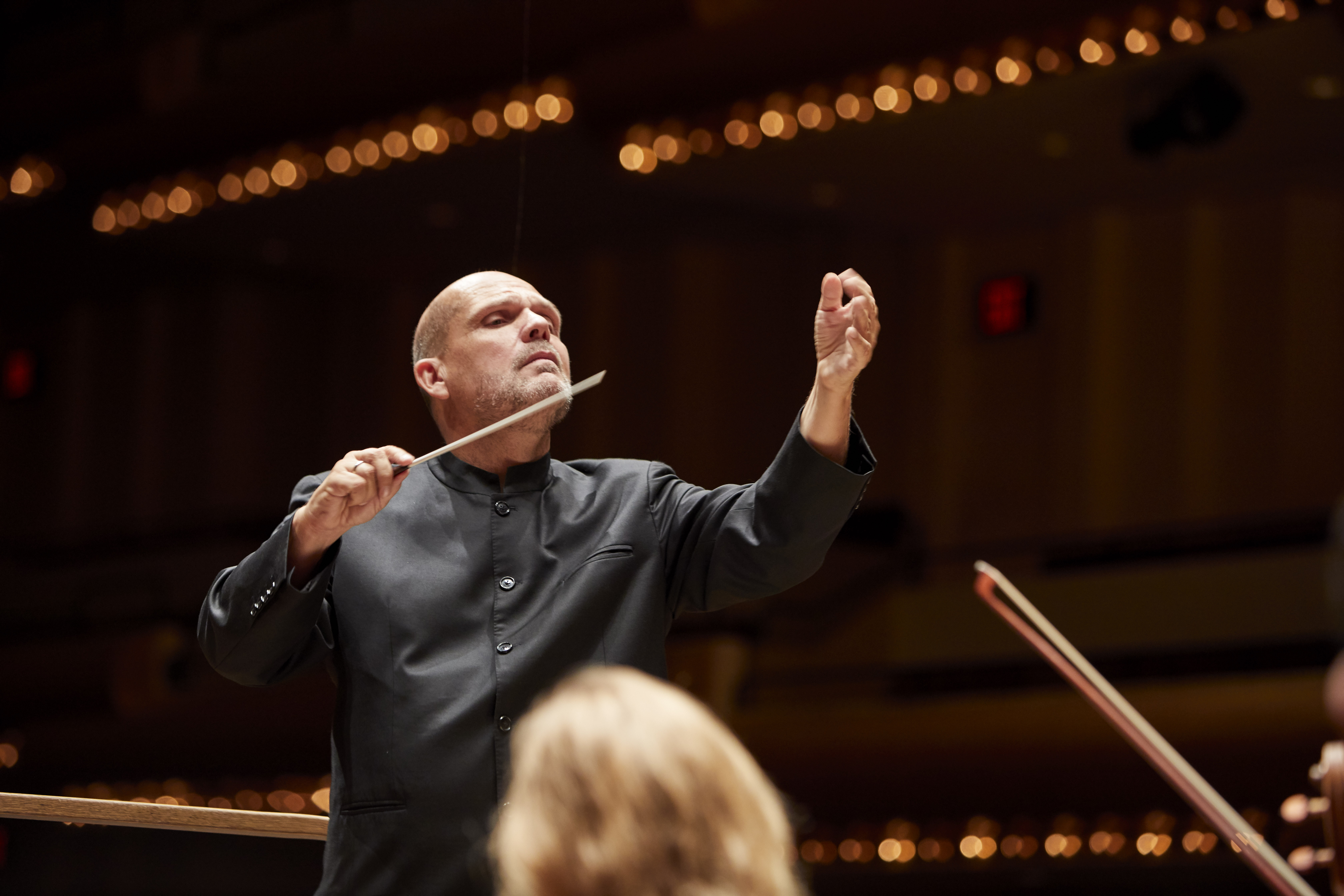 The New York Philharmonic’s 2019–20 season, Jaap van Zweden’s second as Music Director, will fuse past and present, representing today’s composers and the new-music landscape while reflecting on relevant historic achievements. As in van Zweden’s inaugural season, the Philharmonic reaffirms its vital commitments to serving as New York’s Orchestra and to championing new music. The season is also distinguished by dynamic collaborations with groundbreaking artists, as well as landmark appearances in the US and abroad.

Jaap van Zweden said: “What a joy it is to collaborate with the great musicians of the New York Philharmonic. While our first season together concentrated almost exclusively on performing in New York, our 2019–20 season not only deepens that relationship but also connects us to audiences in Europe and Asia, including some milestone performances for the Orchestra. There are so many season highlights to look forward to, among them a concentration on our beloved Mahler both in New York and on tour, an innovative, immersive staging of Bluebeard’s Castle and Erwartung, Mozart’s Mass in C minor, and many World Premieres woven throughout the entire season, most of them by women as part of our Project 19 initiative. I also look forward to conducting my first Young People’s Concert for our future audiences!”

President and CEO Deborah Borda stated: “The 2019–20 season continues the New York Philharmonic’s commitment to exploring the music of our time and our place in the artistic ‘ecosystem’ of New York — indeed, the world. We set our offerings in context — how they relate to today’s cultural zeitgeist as well as to the past. Project 19 celebrates a tectonic shift in American culture — the centennial of the ratification of the 19th Amendment — by commissioning 19 women composers. Our hotspots festival explores three capitals of music, ending up, of course, in New York City. There will be seven World Premieres, six conducted by Jaap van Zweden, and we honor a past maestro in Mahler’s New York, fêting him at home and at his namesake festival.” 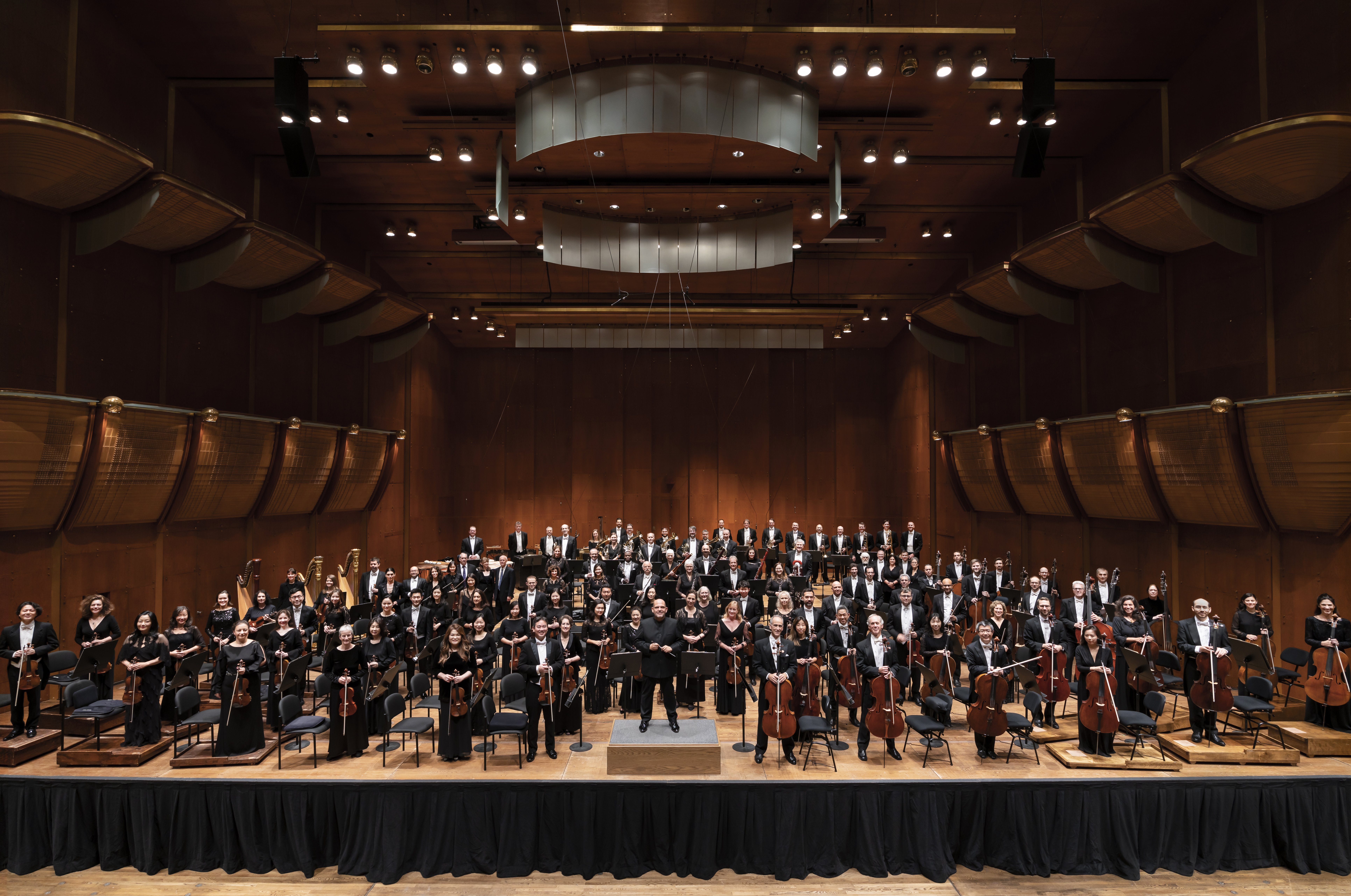 "While our first season together concentrated almost exclusively on performing in New York, our 2019–20 season not only deepens that relationship but also connects us to audiences in Europe and Asia, including some milestone performances for the Orchestra. There are so many season highlights to look forward to." Jaap van Zweden

During the 2019-2020 season, Jaap van Zweden continues to bring Dutch influences to the New York Philharmonic. Not only will van Zweden bring the Mahler festival to New York, he will also employ the beautiful skills of Dutch violinist Janine Jansen.

Mahler’s New York will open with a performance of Mahler’s Symphony No. 1, April 15–16, 18, and 21, 2020. Mahler conducted the New York Philharmonic in the US Premiere of his First Symphony in 1909. It was the first work Jaap van Zweden ever conducted, when another former Philharmonic Music Director, Leonard Bernstein, asked Mr. van Zweden, then concertmaster of the Concertgebouw Orchestra, to lead part of a rehearsal. Mahler’s First Symphony was among the works Maestro van Zweden led in his New York Philharmonic debut in April 2012, which The New York Times called “a dynamic, all-out performance. … He drew blazing playing from the orchestra.” 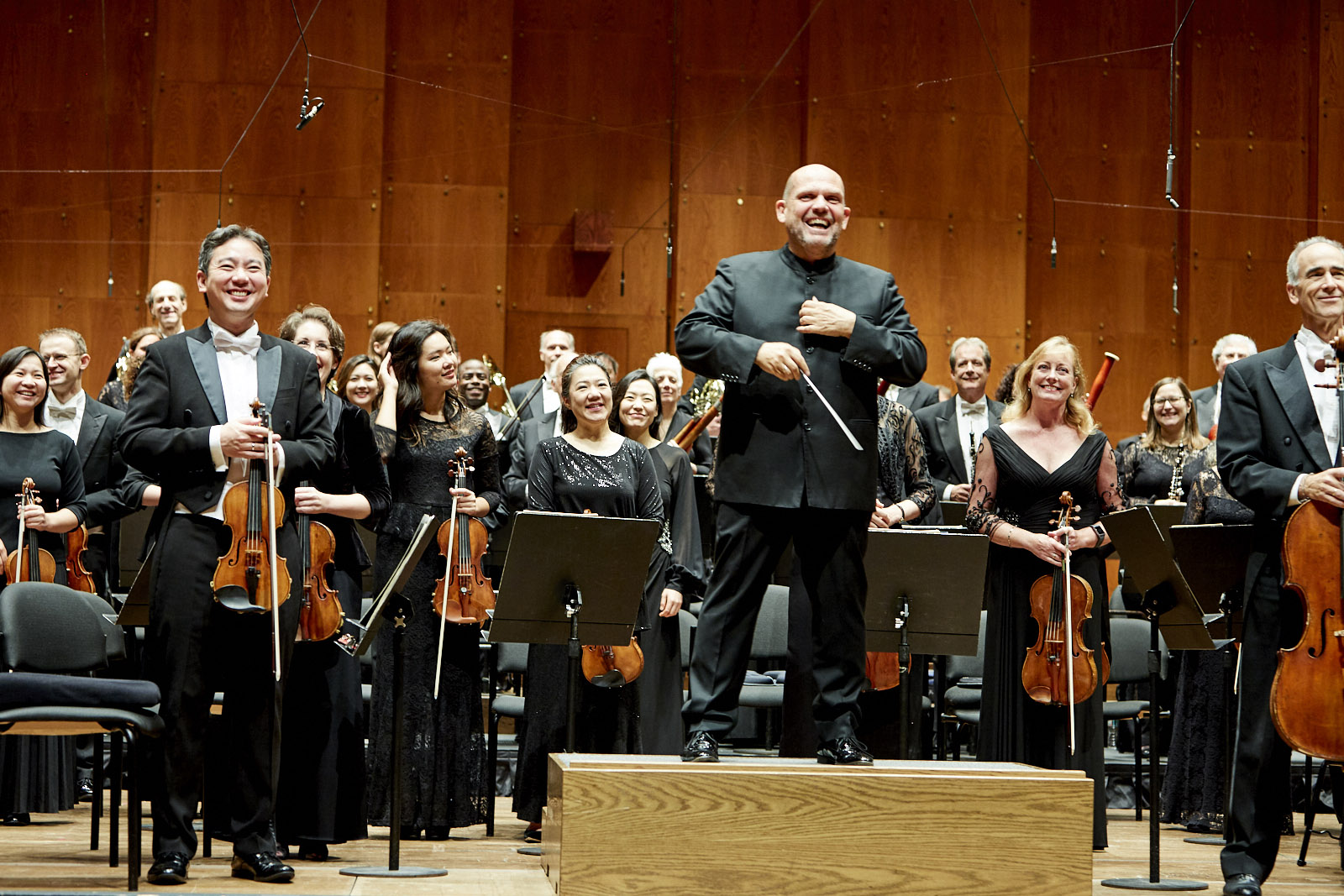 The second Mahler’s New York program, April 23–25, 2020, will feature Mahler’s Symphony No. 2, Resurrection, with soprano Joélle Harvey, mezzo-soprano Sasha Cooke, and Concert Chorale of New York. Mahler conducted the New York Philharmonic in the US Premiere of his Resurrection Symphony in 1908. The New York Philharmonic performed Mahler’s Resurrection Symphony to commemorate the tenth anniversary of 9/11 and two days after President John F. Kennedy’s assassination, in a televised concert led by Leonard Bernstein.

Mahler’s New York will also feature Mahler Grooves, a low-cost, one-night-only concert, April 17, 2020, that will aim to connect New Yorkers to the Philharmonic’s tenth Music Director. The program will feature Mahler’s Songs of a Wayfarer with baritone Roderick Williams and Symphony No. 1. More information about this will be announced at a later date.

More information on Mahler’s New York is available at nyphil.org/mahlerny. 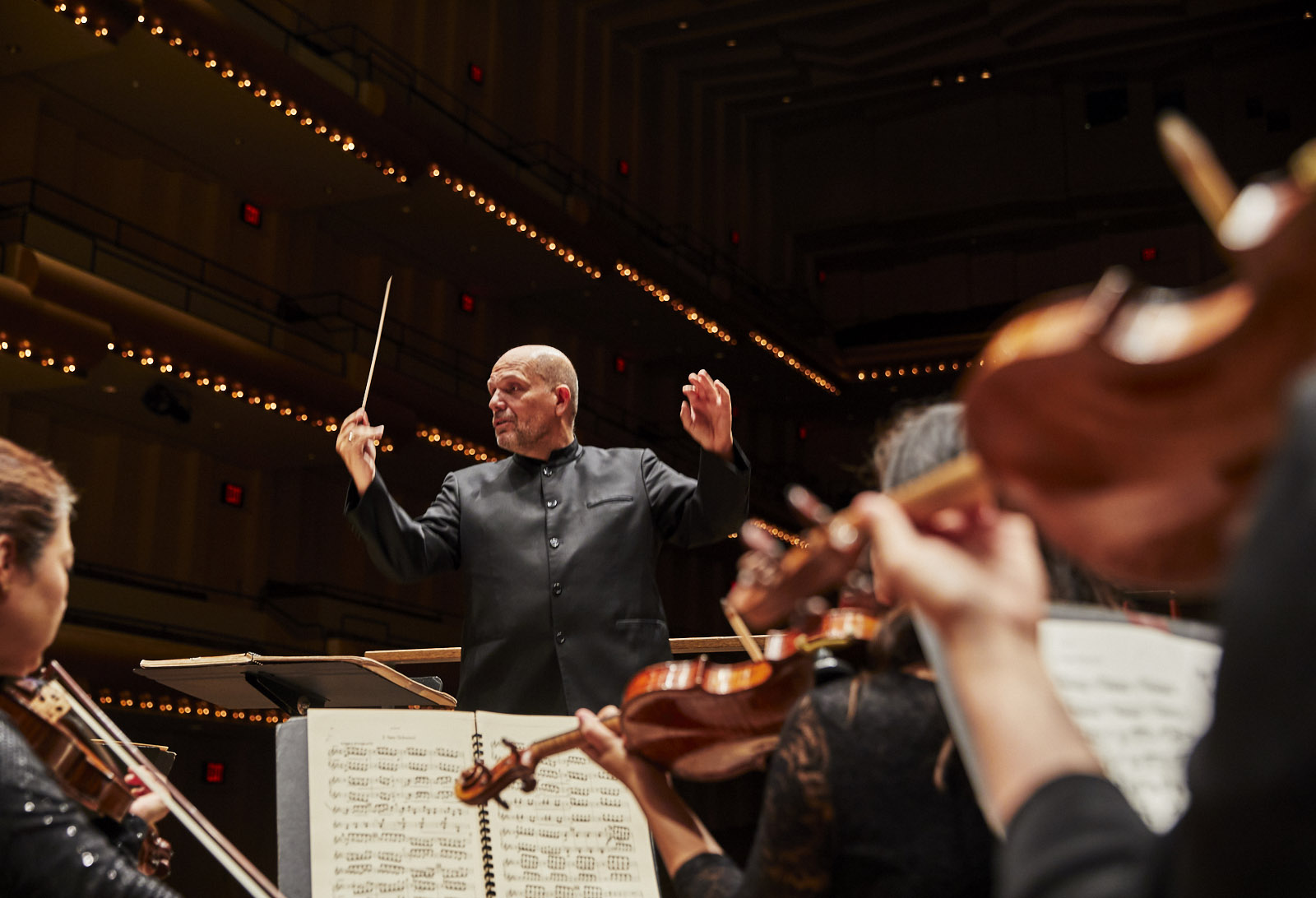 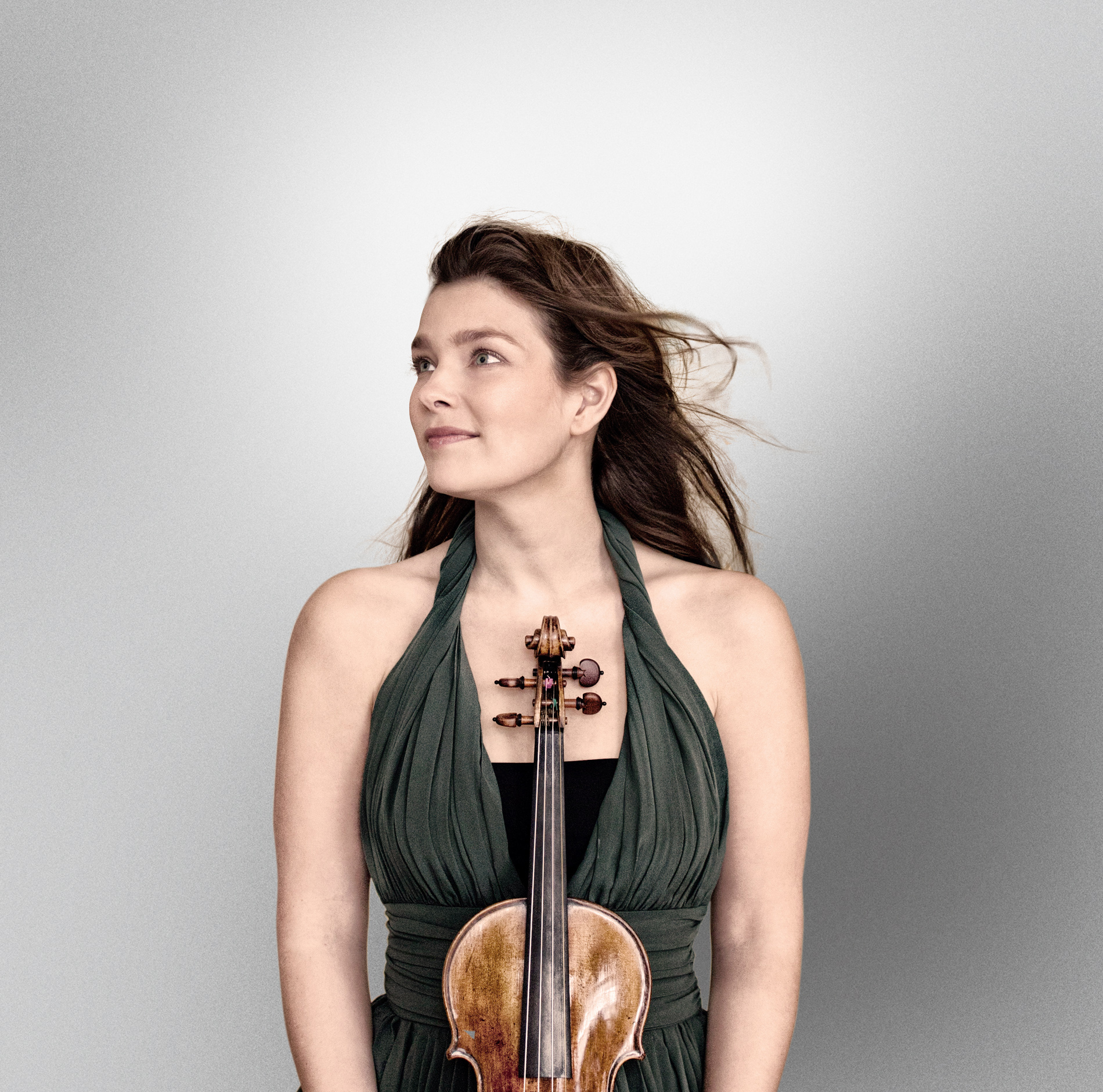 In his second season as Music Director, Jaap van Zweden himself will conduct a wide range of repertoire, including six World Premieres and symphonic cornerstones. As in his inaugural season, he has prioritized connecting with New York City through impactful projects, special concerts, and collaborations with other cultural institutions. Jaap van Zweden will also lead the Orchestra on the international stage, both in China and on his first European tour as Music Director.

First Week
Jaap van Zweden begins his second season by conducting the opening subscription program, September 18–21, 2019, featuring the World Premiere of a New York Philharmonic commission by Philip Glass; Barber’s Knoxville: Summer of 1915 with soprano Kelli O’Hara; and selections from Prokofiev’s Romeo and Juliet. The program marks the Philharmonic’s first-ever commission of a work by Philip Glass. Jaap van Zweden led the Philharmonic’s first performance of a symphonic work by Philip Glass in his opening concert as Music Director Designate in the 2017–18 season.

Second Week
The New York Philharmonic will present the US Stage Premiere of director/designer Bengt Gomér’s production of Schoenberg’s Erwartung and Bartók’s Bluebeard’s Castle, both conducted by Jaap van Zweden, September 26–28, 2019. Bengt Gomér’s fully staged production — premiered by the Royal Stockholm Philharmonic Orchestra in January 2019 — incorporates video, lighting, and shadow actors to integrate the two operas into a complete narrative united by an exploration of the subconscious. Bluebeard’s Castle will feature soprano Nina Stemme (debut), recipient of the 2018 Birgit Nilsson Prize, as Judith and baritone Johannes Martin Kränzle (debut) as Duke Bluebeard; Erwartung will feature mezzo-soprano Katarina Karnéus as A Woman (debut). As a prologue to Erwartung, Ms. Stemme will sing the early Schoenberg song Erwartung from Four Songs Op. 2; Ms. Karnéus will recite the Bard’s Prologue for Bluebeard’s Castle. Composed within two years of each other at the turn of the 20th century, the one-act operas each center on the psychology of a woman in relation to her lover. These performances will be complemented by a GROW @ Annenberg Sound ON concert on the theme of narratives at The Appel Room, Jazz at Lincoln Center on October 1, 2019. More information is available at nyphil.org/bluebeard.

Anchors of the 2019–20 Season
The 2019–20 season will be anchored by three special initiatives, each exploring a culturally relevant topic through subscription programs, new-music concerts, and collaborations with partners across the city: