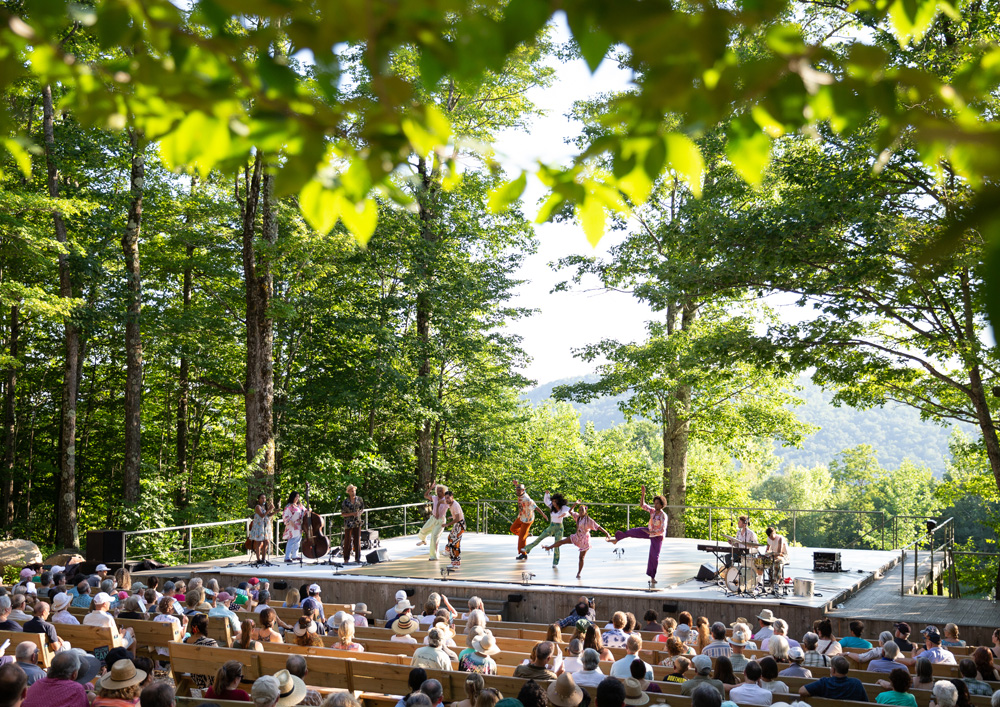 “Jacob’s Pillow has been an indispensable global leader and innovator in dance for nearly 100 years,” said Sam Gill, president and CEO of the Doris Duke Charitable Foundation. “A new, world class, digitally-driven Doris Duke Theatre will ensure Jacob’s Pillow stays at the cutting-edge in the decades to come.”

The new theater/studio is projected to cost $30 million, and will maintain the intimacy of the original theater while at the same time providing a makerspace with a digital foundation for artists seeking to integrate various technologies into live performance or create works that are native to the digital realm. It will restore a second indoor theater space for Jacob’s Pillow’s annual summer Dance Festival alongside the flagship Ted Shawn Theatre, and provide year-round studio space on the Pillow campus, in addition to the Perles Family Studio, which is home to the School at Jacob’s Pillow.

Details about the scope, scale, and features of the new theater will be made available in 2023. The new theater at Jacob’s Pillow will be one of the very few theaters in the world built specifically for dance; the Pillow’s historic Ted Shawn Theatre, opened in 1942, was the first performance space in the United States designed and built exclusively for dance.

Jeffrey Gibson, Choctaw/Cherokee, is serving as a consultant on the building’s relationship to the site and Indigenous design values, a key element of the building’s design. The Pillow seeks to honor the building’s context on the ancestral lands of the Muh-he-con-ne-ok, or Mohican peoples, who are now known as the Stockbridge-Munsee Community and reside in Wisconsin. Gibson has been participating in regular design sessions and has helped steward stakeholder engagement with Indigenous community members to seek feedback on the evolving design.

The design team was selected through a competitive, international process led by Susanna Sirefman of Dovetail Design Strategists in 2021. Since their appointment, the design team has been working with the Pillow on a conceptual design to establish a suitable budget and functional program for the project. Extensive workshops and engagement sessions have been held with community members, artists, technicians, staff members, and Indigenous stakeholders, as well as the Facilities Committee of Jacob’s Pillow’s Board of Trustees, chaired by Mark Sena, president of telecommunications company Mars Communications, Inc., and member of the President’s Advisory Committee on the Arts.

“The new theater will have all of the warmth and intimacy of the original Doris Duke while at the same time serving the needs of the dance field well into the future,” said Jacob’s Pillow Executive and Artistic Director, Pamela Tatge. “It has the goal of being a porous space with multiple configurations for maximum flexibility for audiences and artists. While responding to the landscape and the environment of the Pillow, the ambitious new theater will also be digitally equipped for immersive interactions between dance and technology. Between summer Festivals, the theater will be used as a makerspace for artists seeking to integrate technology into their live performances or create works that are native to the digital realm. It will also be a space where artists and dancers in The School who haven’t had access to digital tools can learn about new technologies and how to integrate them into their art-making.”

Speaking for Mecanoo, Houben said: “The distinct identity of Jacob’s Pillow comes from a rich history of both the site and the Festival … Our vision for the theater explores a new dialogue rooted in connecting to the senses and the land to reimagine how the dancers and the audience connect to space. These synergies aim to strike a balance between Indigenous design principles and an adaptable performance space, which creates new conversations between performer and spectator.” As the home of America’s longest-running dance festival, Jacob’s Pillow has grown over the span of nine decades into a premier cultural summer arts destination in the Berkshires. To support the rebuilding and reimagining of the theater, the Pillow has also received a $200,000 grant award from the Massachusetts Cultural Facilities Fund, which will support the pre-schematic design phase of the project.

“Mass Cultural Council is excited to support Jacob’s Pillow in building a new theater through a Cultural Facilities Fund grant,” said Michael Bobbitt, executive director of Mass Cultural Council. “Jacob’s Pillow is an important facet of the arts landscape, both in the Berkshires and globally as a destination for dance, and we look forward to seeing the organization evolve and grow through this new building.”

The Doris Duke Theatre was built in 1989 as one of three primary performance spaces on Jacob’s Pillow’s 220-acre campus in Western Massachusetts and opened for its first full season in 1990. For 30 years, it was a beloved blackbox theater and incubator for groundbreaking artists including Reggie Wilson, Michelle Dorrance, and Kyle Abraham, as well as the place where international artists including Black Grace, Chandralekha, and Danish Dance Theater made their U.S. debuts.

The cause of the November 2020 fire was declared undetermined by state and local officials. The remains of the theater are currently on display as part of an exhibition at the Museum of Modern Art in New York City through Jan. 1, 2023. Read more here: https://www.jacobspillow.org/wp-content/uploads/2022/10/MoMAexhibition_pressrelease_FINAL.docx.pdf

The new theater will be built in the same location as the former Doris Duke, and construction is anticipated to be completed in 2025.

Jacob’s Pillow intends the reimagined Doris Duke Theatre to be a multi-use venue and future-forward performance space that makes it possible to shift the relationship between performers and viewers. The design will celebrate the Pillow’s vernacular architecture without replicating it.

The reimagined Doris Duke Theatre will be an environmentally sustainable prototype for a 21st-century cultural facility that will remain relevant for future generations, able to honor the Pillow’s reputation as a stunning site for performances while creating a new landmark on the campus that upholds and celebrates the site’s diverse history and responds to the values of the Pillow’s Indigenous inhabitants. In addition to supporting a world-renowned cultural program, the new building will afford opportunities for education about the earth and land, social diversity, and the meaning and functions of culture in America well into the Pillow’s second century.