From January 5 - February 18, work by Jan Dibbets will be on display at Peter Freeman, inc.

From January 5 – February 18, Peter Freeman, inc. will exhibit “Jan Dibbets: Representations of Reality,” the artist’s second solo exhibition with the gallery in New York, featuring recent works from his important Colorstudies series (ongoing since 1976), many of which have never before been shown outside of Europe. The Amsterdam-based artist—a pioneering figure of conceptual art since the 1960s—was among the first artists to challenge the camera as a documentary tool. He continues to navigate a relationship between the conceptual and the pictorial through that medium, creating images that are abstractions of reality. 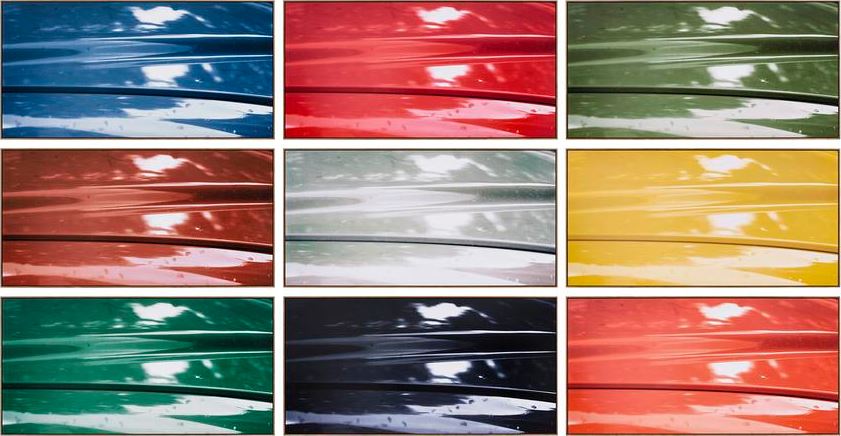 The recent Colorstudies (made between 2010 and 2014) come from negatives shot in the 1970s of closely-cropped details of car hoods, but have now been printed on a very large scale that was not achievable at the time the negatives were taken. Dibbets left the found industrial color of the cars, reproduced with the equally industrial color of film chemistry, unaltered when he made the first prints in the 70s; but in this new series he has often manipulated the color, creating almost painterly monochrome works that underscore the questions of representation and reality that are at the core of Dibbets’s work.

As art historian Erik Verhagen discusses in a new text about this series, Dibbets has always investigated a transition between two realities: that of the photographed subject to that of its representation, or its photographic reality. In their articulation of that, the Colorstudies hold a particularly important place in Dibbets’s oeuvre: through them the artist has succeeded in depicting color in the literal world, without referencing an immediately apparent subject.

Jan Dibbets was born in 1941 in Weert, Netherlands; he lives and works in Amsterdam. Early in his career Dibbets was included in some of the most seminal exhibitions of conceptual art, including “When Attitudes Become Form” at Kunsthalle Bern and Institute of Contemporary Arts, “557, 087” at Seattle Art Museum and Vancouver Art Gallery and “Earth Art” at Andrew Dickinson White Museum of Art, Cornell University. In 1972 he represented The Netherlands at the Venice Biennale. Since then he has been honored with solo exhibitions at many major international museums including Carnegie Institute, Pittsburgh, Solomon R. Guggenheim Museum, New York, Walker Art Center, Minneapolis, and Detroit Institute of Arts, among many others. Important recent solo exhibitions include “Horizons” at Musée d’Art Moderne, “3 x Jan Dibbets” at Cultuurcentrum Mechelen, Belgium, and Jan “Dibbets: Another Photography” at Castello di Rivoli Muso d’Arte Contemporanea, Turin. In 2016, Musée d’Art Moderne presented an exhibition curated by Dibbets: “A History of Another Photography: PANDORA’S BOX.”