Jan Schoonhoven Published In The US

For the first time, this publication provides a complete overview of Schoonhoven’s fascinating works. Created by Antoon Melissen and published by NAI010 Publishers, this presentation of the artist’s work will be released around July 2016.

About The Book Jan Schoonhoven

This monography is the first publication to place Jan Schoonhoven in an international context, as an active and influential actor in the European post-war art scene. The first years of his career are elabirately discussed: the influences of, for example Paul Klee and Jackson Pollock, as well as his participation to the Nederlandse Informele Groep, towards the end of the 1950s. Also Schoonhoven’s involvement with the Dutch ZERO-group and the international movement of ZERO are elevated. Beyond that, this publication reveals hoe Schoonhoven’s work continued to evolve, also after the years of ZERO.

The many previously unknown artworks and photographs featured in this book shed a new light on the work and like of this twenty-centruy ‘Master of White’. 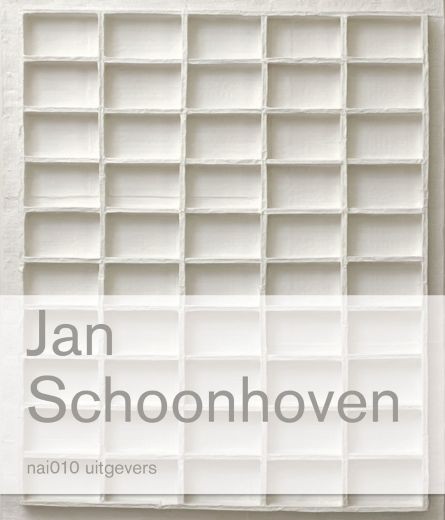 Jan Schoonhoven (1914–1994) has become world famous for his sculptural reliefs and work on paper. For nearly forty years, he developed his reliefs of papier-maché, paper en cardboard – next to his job as a civil servant at the Dutch Post Office (PTT).

Antoon Melissen is an art historian-curator and author of books, articles and catalogue texts. He participates in research projects on the international ZERO movement. Publications include monographs and catalogue texts for the Stedelijk Museum Amsterdam, Museum Martin-Gropius-Bau, Berlin, the Peggy Guggenheim Collection, Venice, among others.

David Zwirner presented one of the first major exhibitions of Dutch artist Jan Schoonhoven’s work in America in over a decade, at the gallery’s 537 West 20th Street location from January 9 – February 14, 2015. In relation to that, Antoon Melissen had a talk with David Leiber, which is showed in the video below.