Janny Venema Appointed Knight in the Order of Orange Nassau

On September 23 Janny Venema was appointed Knight in the Order of Orange Nassau by Consul-General of the Kingdom of the Netherlands, Dolph Hogewoning.

During a dinner, preceding the first day of the 40th annual New Netherland Institute Conference taking place in the New York State Museum on September 23rd, Janny Venema was appointed Knight in the Order of Orange Nassau by Consul-General of the Kingdom of the Netherlands, Dolph Hogewoning. 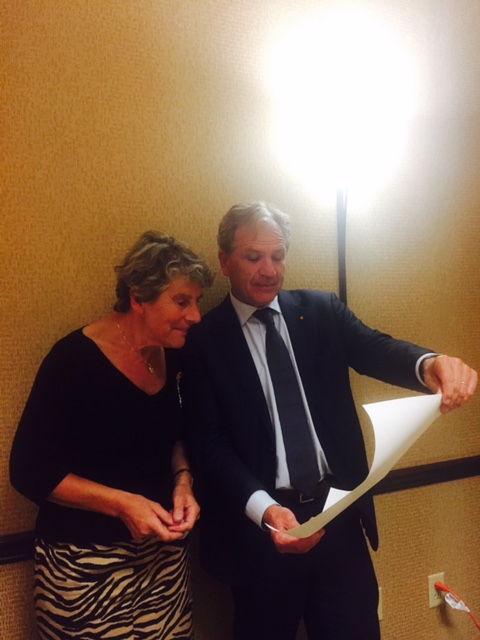 Janny Venema is the associate director of the New Netherland Research Center. She received this Royal decoration for her efforts to raise awareness about the Shared Cultural Heritage between the Netherlands and the United States through the translating and transcribing of the West India Company documents. Janny Venema additionally revitalized the New Netherland Period through research and the publication of various books and articles about Dutch Heritage in the United States and by the development of educational materials about New Netherland. In addition, the important role she played in maintaining the relations between the Netherlands and the USA in this particular field of research led to this decision.

Read more about the event in the Miami Herald & New Jersey Herald! 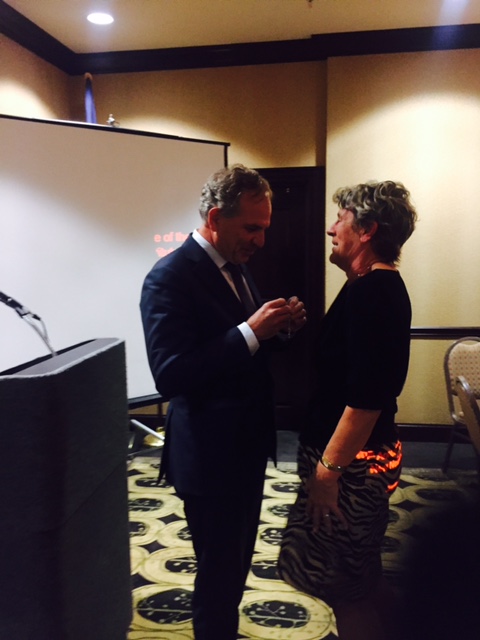 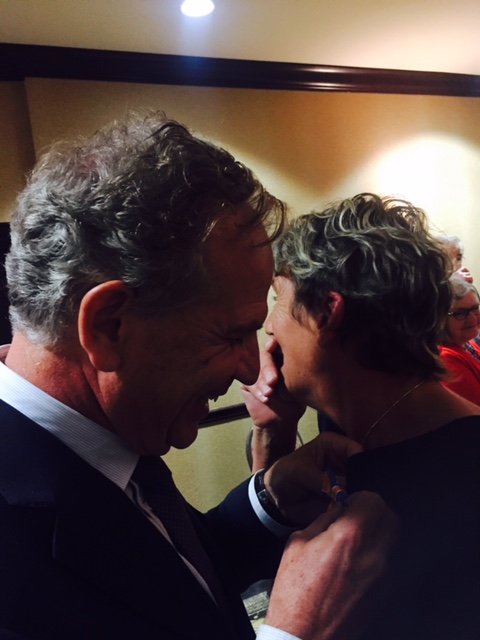