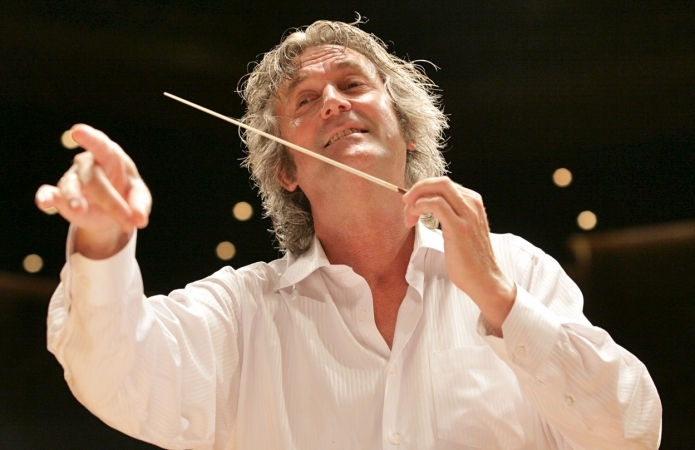 On November 3rd, Johan de Meij will premier his “Symphony No. 5 Return to Middle Earth” with the Valparaiso University Chamber Concert Band & Windiana Concert Band at the Chapel of the Resurrection in Valparaiso, IN. He will also be playing several shows in the US this fall and in 2019, which you will find below. After 30 years, composer Johan de Meij revisits Middle-Earth, the enchanting mythological world of J.R.R. Tolkien, with his Symphony No. 5 Return to Middle Earth. Although there are some thematic reminiscences to his monumental first symphony The Lord of the Rings from 1988, De Meij is putting a completely different musical vibe into this new symphony. There is an important role for a solo soprano and a mixed choir: they sing in Ilkorin, one of the Elvish languages of Middle-Earth. The Orcs and other thugs also take the stage, but they only use raw screams in their own language, also known as ‘black speech’.


The symphony was commissioned by The Middle Earth Commissioning Project, organized by the Valparaiso University in Valparaiso, Indiana (USA). The world premiere will take place November 3rd, 2018 with the composer conducting.